The number of fatalities has increased by 104 in the last 24 hours – but both the infection and death toll today doesn’t include figures from Wales due to a technical issue. 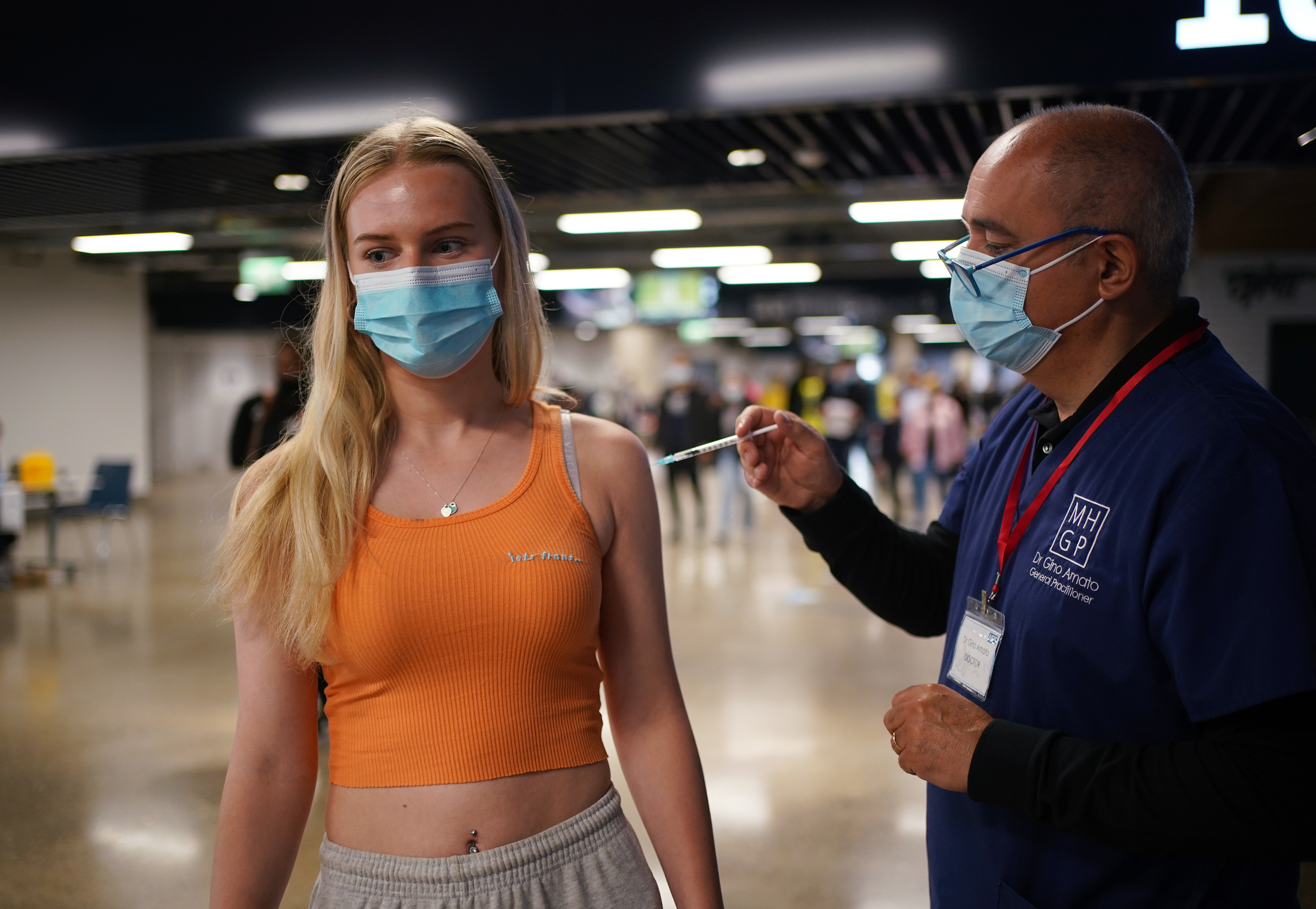 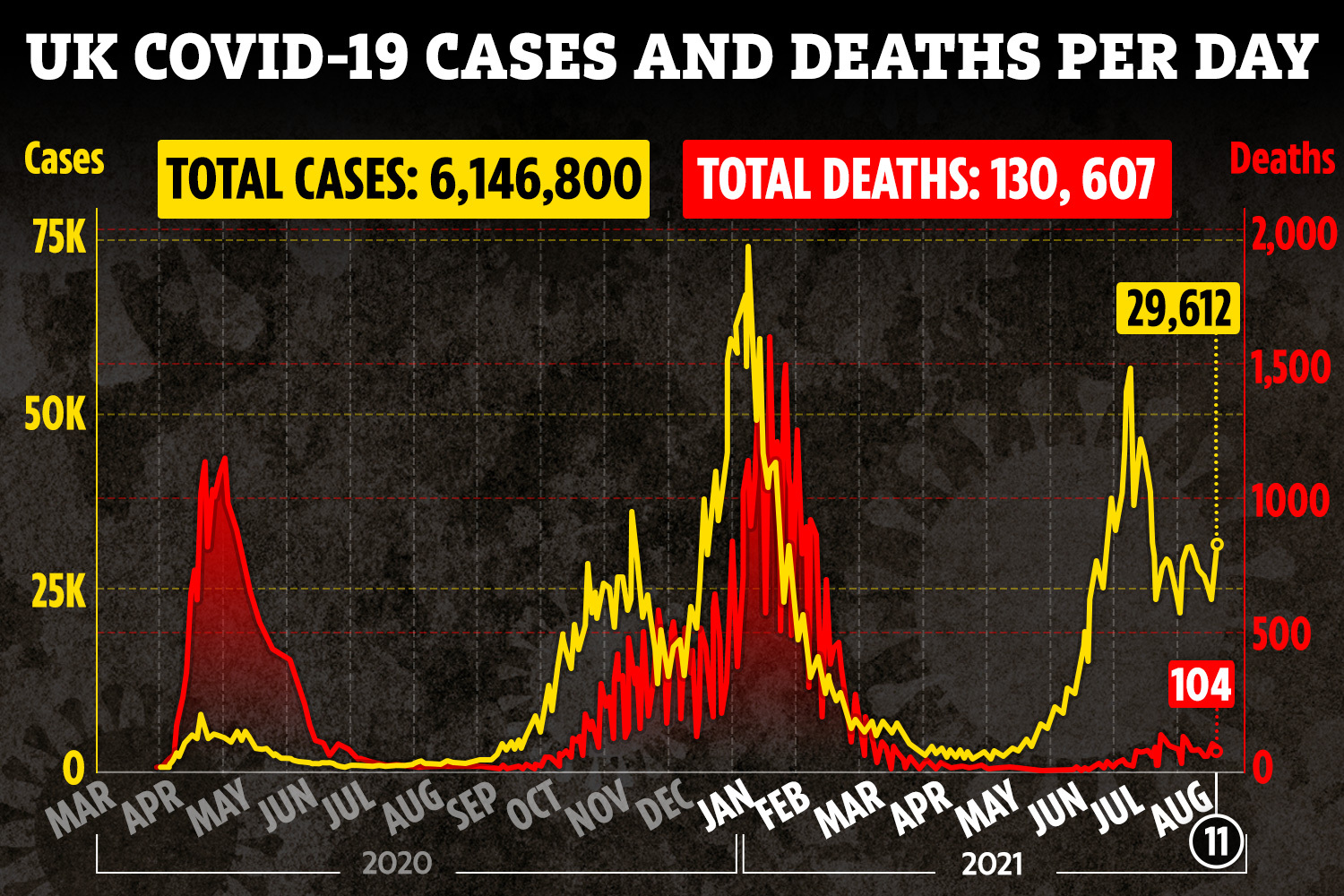 Meanwhile, coronavirus infections are rising in 186 areas across the country with five new hotspots revealed.

The data from Public Health England (PHE) comes as 146 fatalities were recorded yesterday – the highest daily rate in five months.

Just 40 per cent of areas have seen a fall in Covid cases in the seven days up to August 6.

Lincoln in the East Midlands continues to have the highest rate of infections in England, with 617 new cases in the seven days to August 6 – the equivalent of 621.4 per 100,000 people.

A walk in mobile testing van has been deployed to the city in order to combat high infection rates.

Around a quarter of people under 30 in the city are yet to have a vaccine and local leaders have encouraged people to come forward for their jabs.

Local officials have encouraged people to continue to meet outdoors even though restrictions have now been lifted across the country.

They said “small choices make a difference” and have asked everyone to work together to stop the virus spreading further.

The local council in Hull has urged people to not let Covid ruin their plans, and has told people to come forward for their jabs so they don’t ‘miss out on festivals’.

While those three areas have the highest rate of infections, there are five spots that have seen a large increase in cases in the last week. 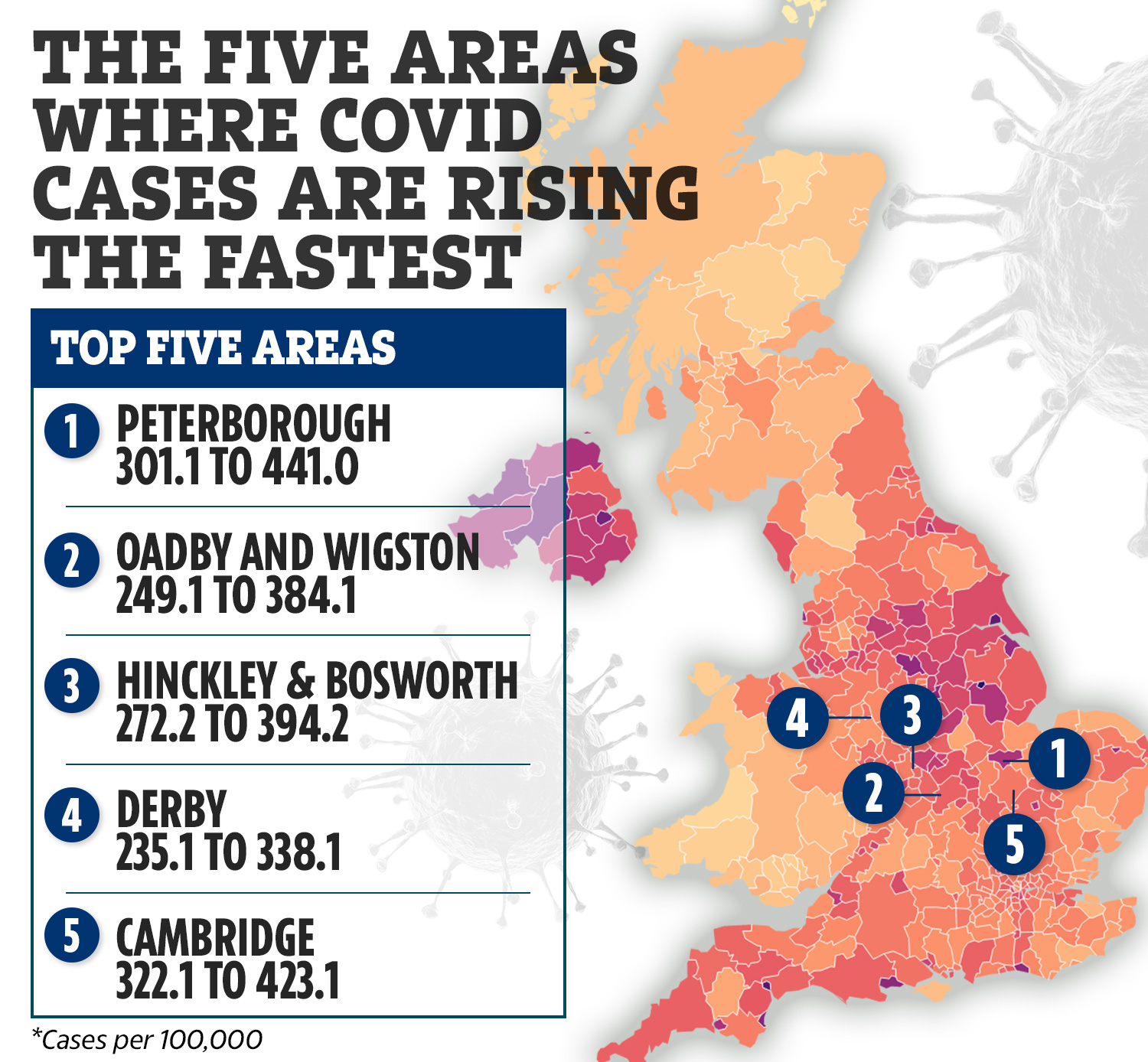 The Kissing Booth 3: Fans divided over ending as sequel lands on Netflix

Addison Rae Reveals the Best Advice Kourtney Kardashian Has Given Her