UK Covid deaths have plunged by 42 per cent in a week, with 22 more fatalities reported today. 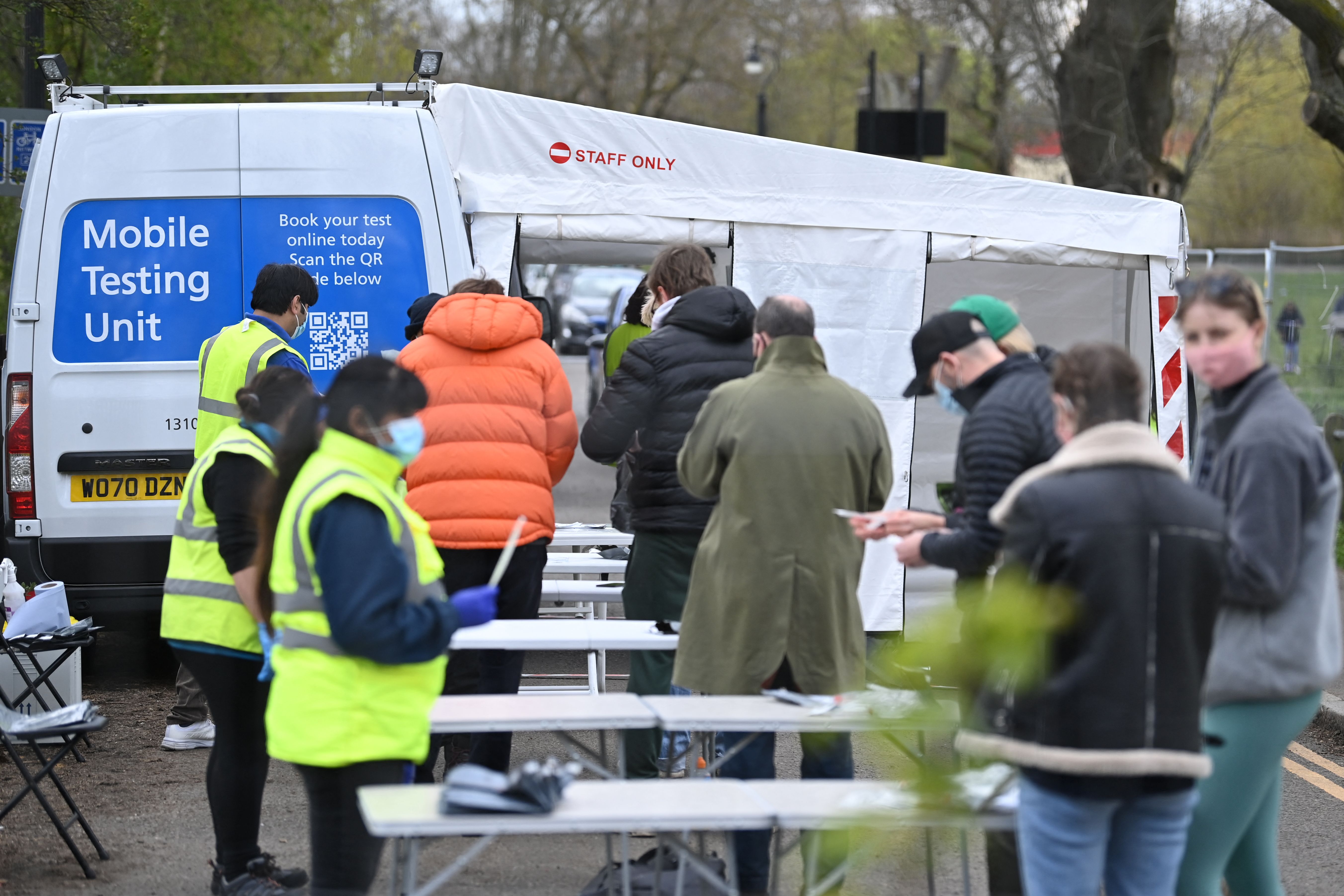 The number of Covid deaths continue to remain lowCredit: AFP

Today’s coronavirus case increase is higher/lower than yesterday, when 2,524 infections were reported.

And this time last week, the daily virus death toll was 38, while 2,491 cases were reported on April 14.

Meanwhile, the UK’s world-class vaccination programme continues with over 33 million Brits now jabbed against the virus.

And one in five UK adults are now fully vaccinated against Covid, with more than two-and-a-half million second doses delivered in the past seven days, latest figures show.

A total of 10.8 million people have now received both jabs – the equivalent of 20.5 per cent of the adult population.

The Government’s target to get all adults inoculated by July is still set to be met.

Meanwhile, fewer than two per cent of frail and elderly people admitted to hospital after a Covid vaccine experienced coronavirus symptoms three weeks after a single dose of the jab, data shows.

The findings were described as “very good news” by Professor Calum Semple, a member of the Scientific Advisory Group for Emergencies, who worked on the academic paper.

It comes as Professor Adam Finn, from the University of Bristol and a member of the Joint Committee on Vaccination and Immunisation, said the UK should expect another wave of coronavirus cases this summer.

He agreed with the PM’s point yesterday regarding a third wave in the UK and said the models point to a “summer surge in cases”.

Prof Finn added there was “quite a wide range of uncertainty” over how big the wave will be “because it depends on how quickly the vaccine rollout continues forward”.

Speaking about the study, Prof Semple said: “Three weeks after being vaccinated, we could only count 32 people out of the 2,000 that had been vaccinated and that’s a tiny, tiny number – that’s less than 2 per cent.

“And that’s just after the first vaccine, and that’s in your frail, elderly population.

“So this is really good real world data showing that this vaccine works and that one dose works really well.

“I think the message here is that when you come away from clinical trials, we can still show that the vaccine is working in the real world.”

Coronavirus cases are rising rapidly in five areas in England – and official data from Public Health England (PHE) states that of the 315 areas in England, 111 have seen a rise in cases.

Just 62 per cent (196 areas) have witnessed a fall in infections with eight areas remaining unchanged.

Luton in Bedfordshire continues to have the highest rate of infections in England, with 181 new cases in the seven days to April 16 – the equivalent of 85 cases per 100,000 people.

This is down very slightly from 87.8 in the seven days to April 9.

Doncaster in Yorkshire has the second highest rate, down slightly from 82.4 to 77.9, with 243 new cases.

While the three areas above have the highest infection levels, there are five areas where cases have risen rapidly.