UK Covid deaths today rose by 533 – which a 30 per cent drop on the figure recorded this time last week.

Another 12,027 infections were recorded in the last 24 hours, meaning 4,095,269 people have now tested positive for the bug in Britain since the start of the pandemic. 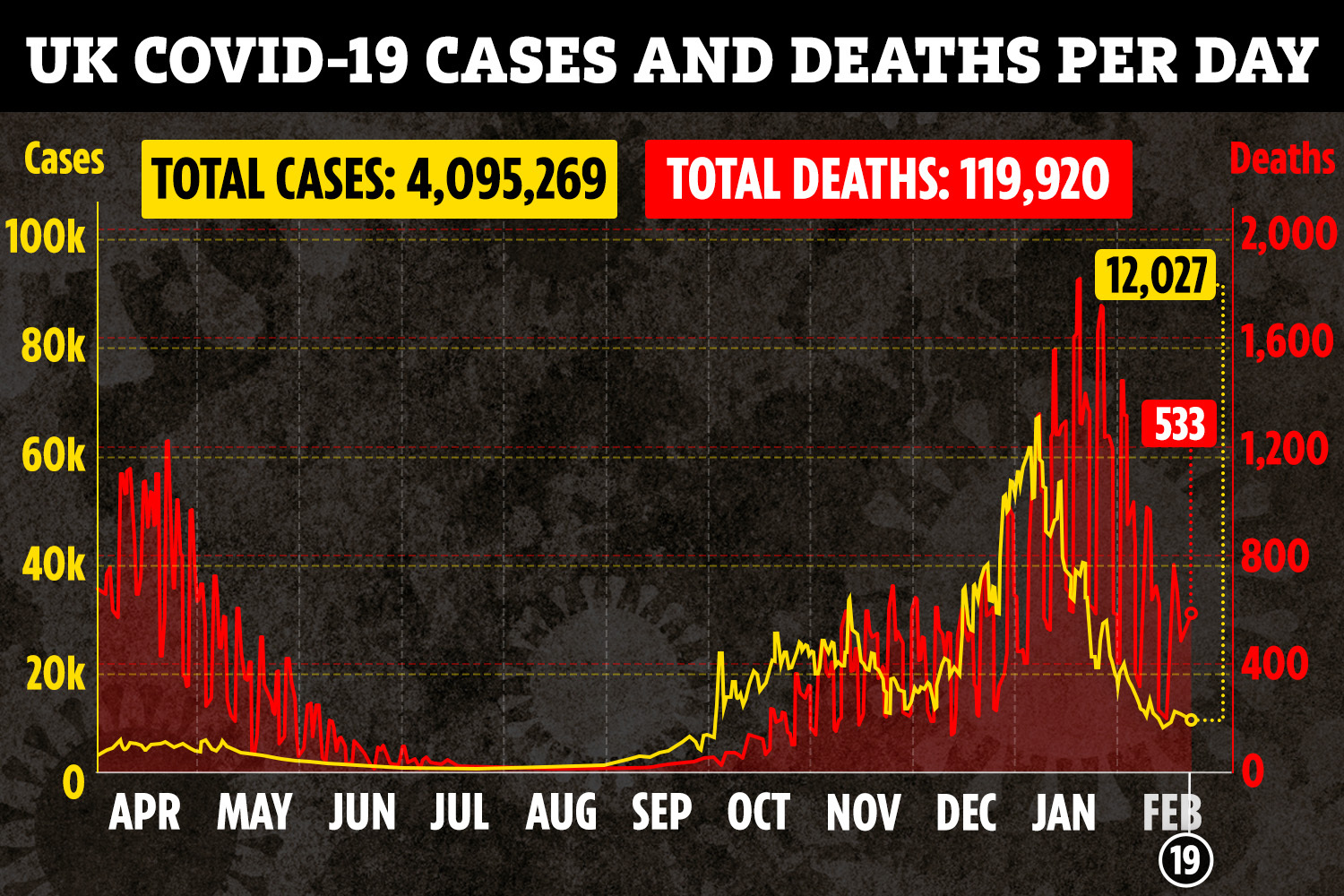 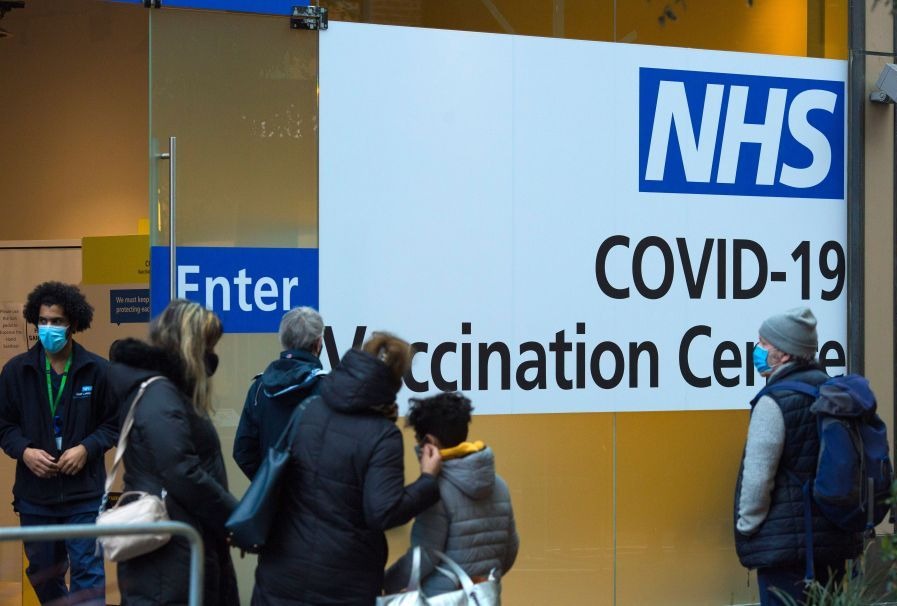 Coronavirus deaths have fallen by 30 per cent in a week

Despite the number of cases and deaths declining, the number of people who have sadly lost their lives to the virus in Britain now totals 119,920.

Today’s figures come as Brits edge closer to finding out how and when the third lockdown will be lifted.

Boris Johnson is preparing to sift through a dossier of data to help him decide the speed of his “Roadmap to Recovery” blueprint.

The PM will use the numbers to shape his official plan to ease lockdown, to be published on Monday.

And last Friday, there were 15,114 cases of coronavirus reported, as well as 758 more deaths.

Today, a 13-year-old with no underlying health conditions died after tragically contracting the virus.

NHS England said that a further 315 people who tested positive for Covid have died in hospital in England today, bringing the total number of confirmed deaths reported in hospitals to 80,739.

Meanwhile in Wales, cases of Covid are at the lowest level since the end of September, First Minister Mark Drakeford said.

There have been a further 533 infections in Wales, taking the total number of confirmed cases to 200,989.

Public Health Wales reported another 16 deaths, taking the total in the country since the start of the pandemic to 5,205.

Mark Drakeford also warned today that a third wave of coronavirus WILL hit and it’s a “matter of when, not if.”

The Welsh First Minister refused to rule out the need for a fourth lockdown, because he believes the deadly bug may create even more “unpleasant surprises” for Brits this year.

And according to the latest Government figures, the coronavirus reproduction number, or R value, across the UK is between 0.6 and 0.9.

When the R rate is above 1, an outbreak can grow exponentially, but when it is below 1, it means the epidemic is shrinking.

An R number between 0.6 and 0.9 means that, on average, every 10 people infected will infect between six and nine other people.

It’s the lowest R range seen since the Government first started publishing the figures in May 2020.

Meanwhile, the Office for National Statistics (ONS) infection survey found 481,300 people in England are currently infected, the equivalent of one in 115 or less than one per cent of the population.