There have also been 315 deaths recorded in the last day. 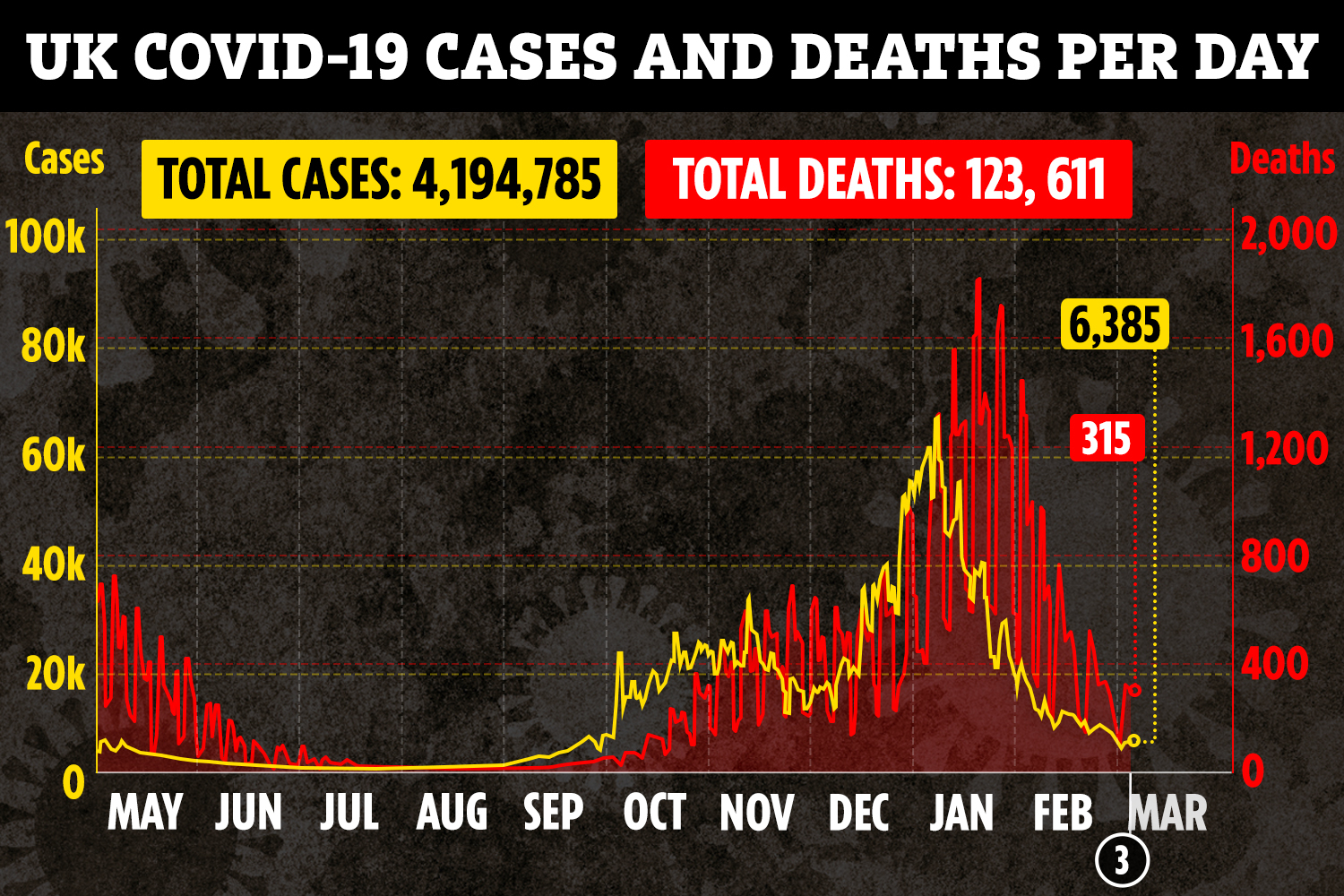 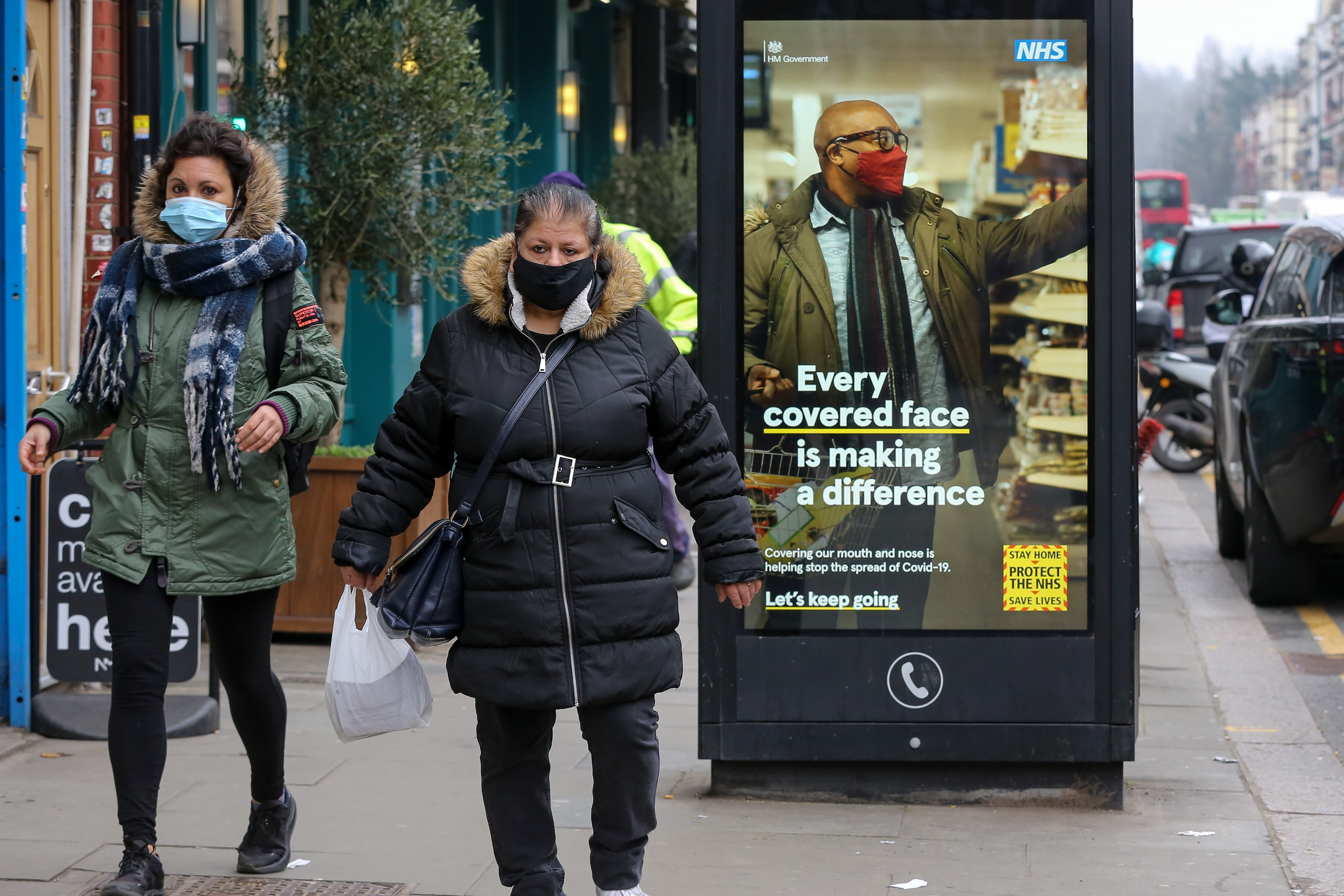 Covid cases are falling across the UKCredit: London News Pictures

This time last week, there were 442 deaths from Covid and a further 9,938 infections, meaning there has been a 36 per cent weekly drop in positive cases recorded.

Yesterday, deaths dropped by 37 per cent in a week with 343 fatalities recorded.

Today’s figures mean there have been 123,611 deaths from Covid in the UK.

Meanwhile 20.7 million people have received their first dose of the Covid jab after 224,996 were given out yesterday.

“The data are indeed looking better than the models were predicting and – to the best of my knowledge – better than anyone was expecting,” he told The Telegraph.

Although he urged caution on the risks of relaxing measures too soon, Woolhouse said there was “a public health imperative to relax measures as soon as it is safe to do so”.

The Chancellor today revealed huge chunks more spending to MPs in the House of Commons, ahead of a press conference at 5pm, where he promised to look after the nation through the rest of the crisis.

Mr Sunak, delivering only his second Budget since becoming Chancellor last year, confirmed he would extend a range of vital support measures including the VAT cut, furlough, stamp duty cuts and more to get the nation through the worst of the pandemic.

And he vowed to plough more money into investment for years to come to take advantage of low interest rates and start the work of “building our future economy”.

He promised to help struggling Brits with “more support to get people through to the other side of the crisis”.

He told the nation today: “Much has changed. But one thing has stayed the same. I said I would do whatever it takes; I have done; and I will do.”

Financial experts predicted a bumper 7 per cent growth in GDP next year – which would be the strongest set of figures since World War II.

And the UK economy would completely recover from the pandemic by the middle of next year, they claim.

They also said as a result of the latest measures they think unemployment will be 340,000 lower than previously thought – with thousands of jobs saved.

But coming down the track he revealed billions of pounds worth of stealth tax rises would come in over the next five years – including corporation tax hikes, capital gains and freezing several other perks.

The Chancellor said he had to begin the “painstaking” process of rebuilding the public finances and admitted they “might not be popular but they are honest”.

The nation’s financial experts at the OBR warned today it would increase the tax burden to 35 per cent – rates not seen since the 1960s.