TWO men involved in organising a massive snowball fight have each been given £10,000 fines for a “blatant breach” of lockdown rules.

Two men have been fined £10,000 for organising a snowball fight on January 14 in Leeds

An unnamed 20-year-old and 23-year-old were slapped with the heavy fines yesterday after being investigated by cops probing the gathering.

The 23-year-old had already received a fine for breaching restrictions in relation to mixing with households at an address in the nearby Hyde Park area.

Under coronavirus legislation, a gathering of more than 30 people is illegal and carries a maximum £10,000 fine.

Chief Superintendent Damien Miller said: “We take absolutely no pleasure in handing out such heavy fines to these two young men but their actions encouraged hundreds of people to be in close proximity to each other, creating a significant and completely unnecessary risk of increasing the spread of the virus.

Footage of the snowball fight went viral online and was met with widespread criticism on social media.

“It was a blatant breach of the legislation that is in place to help keep people safe at what remains a critical time for us all.”

Shocking footage of the snowball fight was shared online and met with widespread criticism on social media.

Onlookers said they were horrified by the breach just a mile from where sick Covid patients are being treated at Leeds General Infirmary.

“That said, it remains clear that the vast majority of people recognise the need for collective responsibility and are continuing to stick with the regulations that are there to protect our families and our communities.”

Liam Ford, who lives nearby, shot a brief video after coming across the commotion while on a walk with his girlfriend.

The retail worker said at the time: “With what’s going on, I can’t condone mass gatherings like that.

“I’ve really come to appreciate going for a walk and having that time, I think these people have abused that.

“We were going for a walk in the park, it’s literally around the corner from our house, and we heard all this commotion. I couldn’t believe what I was seeing.”

He said: “It just shows a blatant disregard for the NHS and the strain it is under.”

Hyde Park is a large public park north-west of Leeds city centre, within an inner-city residential area of the same name.

The area is popular among university students. 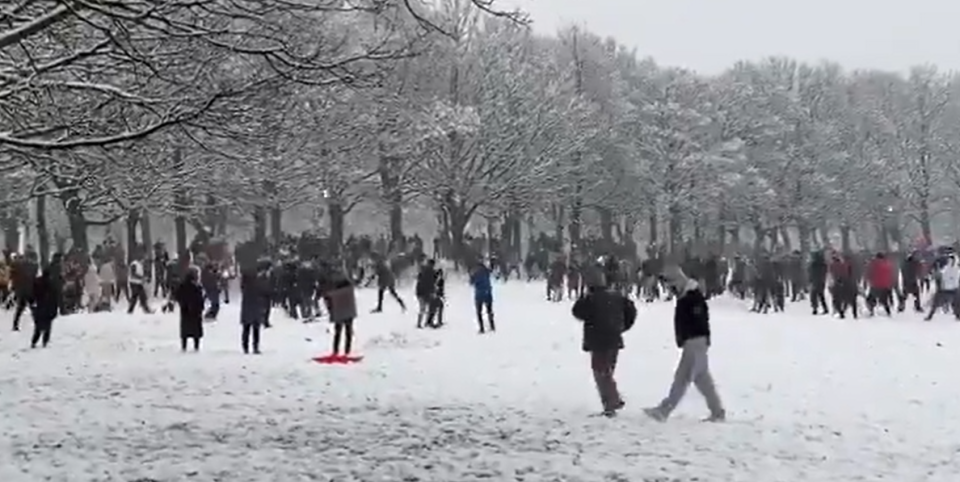