FOX News host Tucker Carlson jokes Joe Biden was seen on a Zoom conference in a mask because he was worried about catching “digital Covid.”

“It turns out that COVID is digitally transmissible,” the controversial host said on Tuesday night’s broadcast. “It travels through the fibers through WiFi now. The virus embeds itself among the ones and zeros and then springs unsuspectedly and is ready to strike from any available hotspot.” 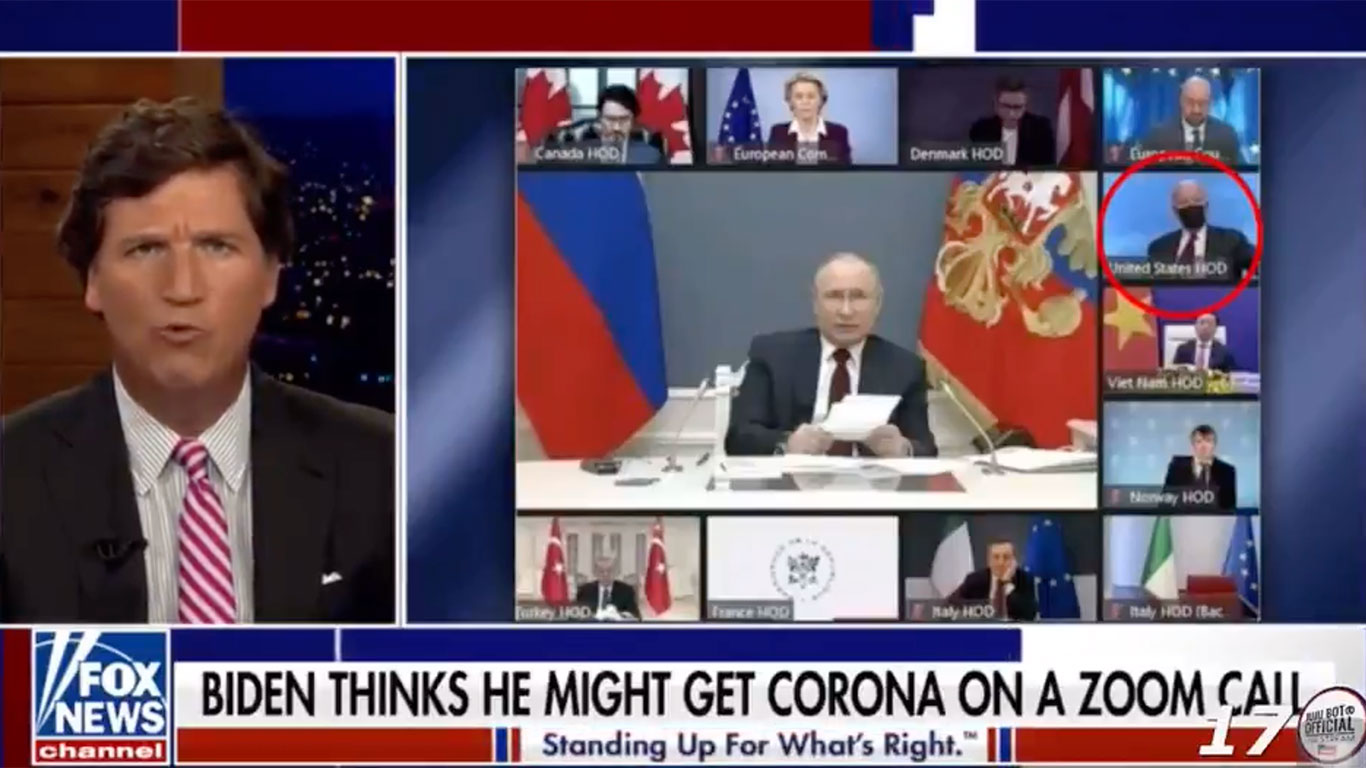 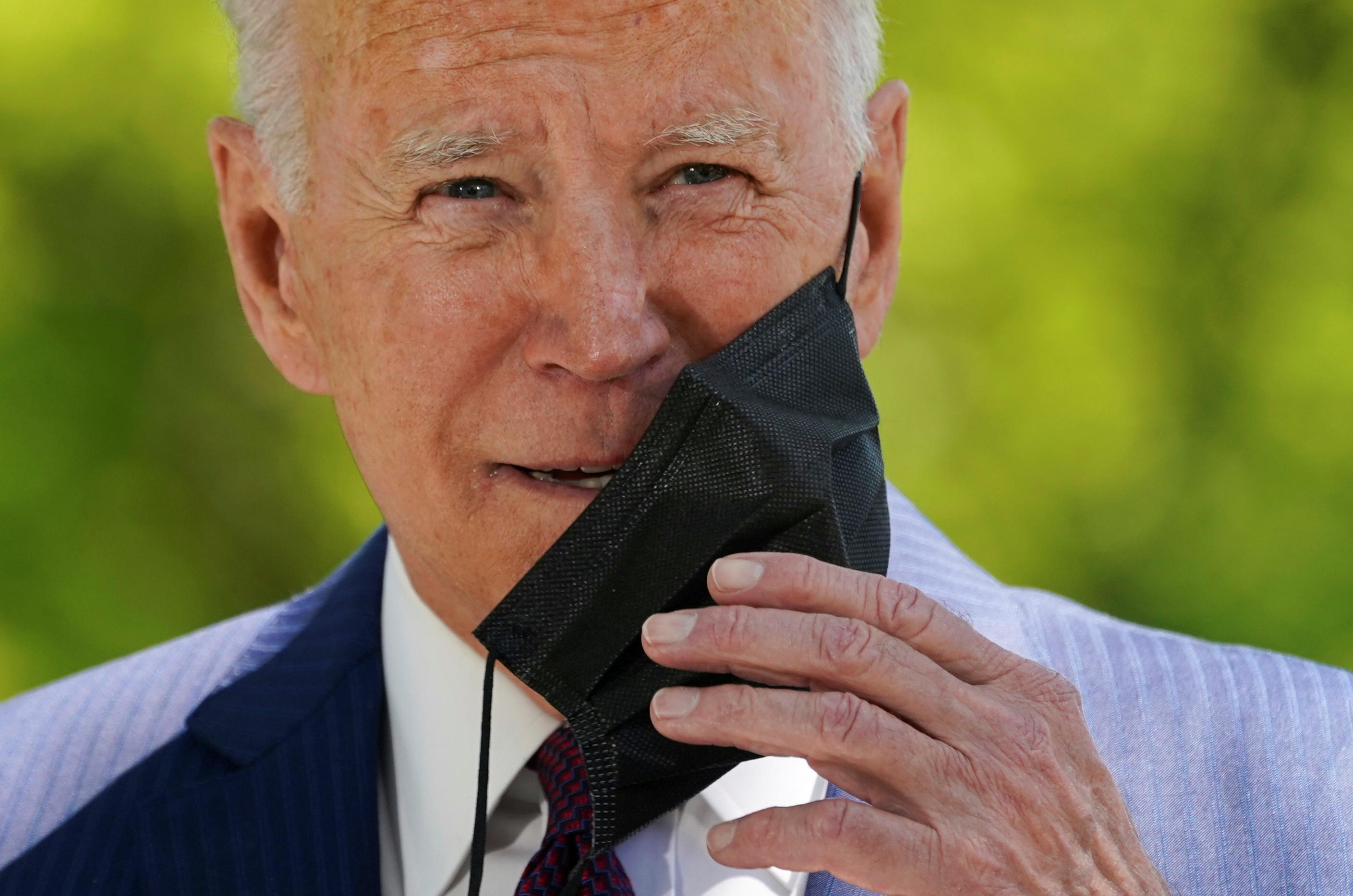 Carlson joked he was afraid of catching digital CovidCredit: Reuters

Carlson’s remarks comes days after the president was on a Zoom call during the two-day climate summit with other world leaders in discussing how the world’s top countries were responding to the effects of climate change on Earth Day.

Biden was seen on camera wearing a mask, providing plenty of material for others to poke fun of the president.

More than 40 world leaders, 14 Cabinet members, eight CEOs and even Pope Francis were in attendance, and Biden was not the only person wearing a mask. 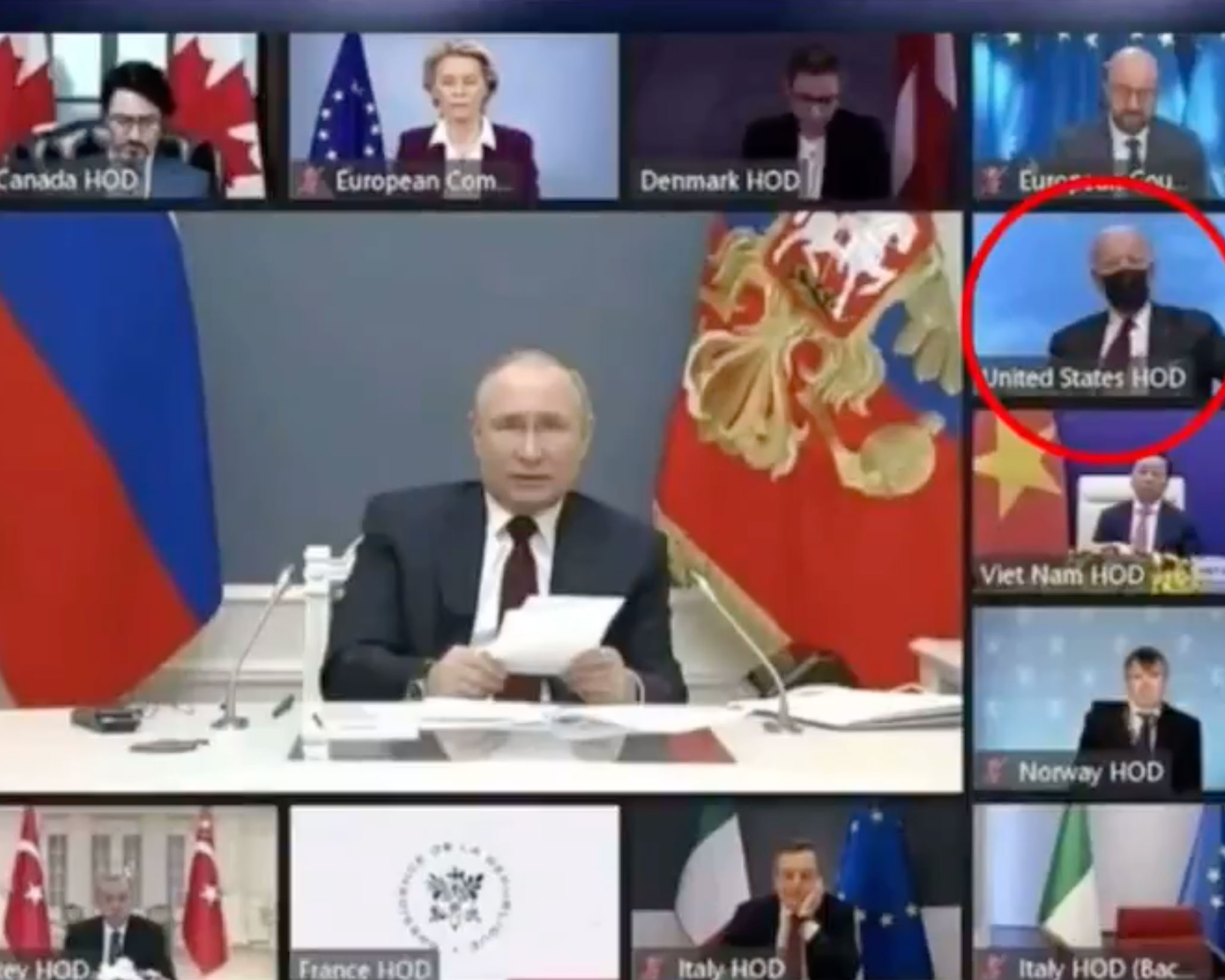 Biden was not the only world leader wearing a face mask during the sessionCredit: Fox News 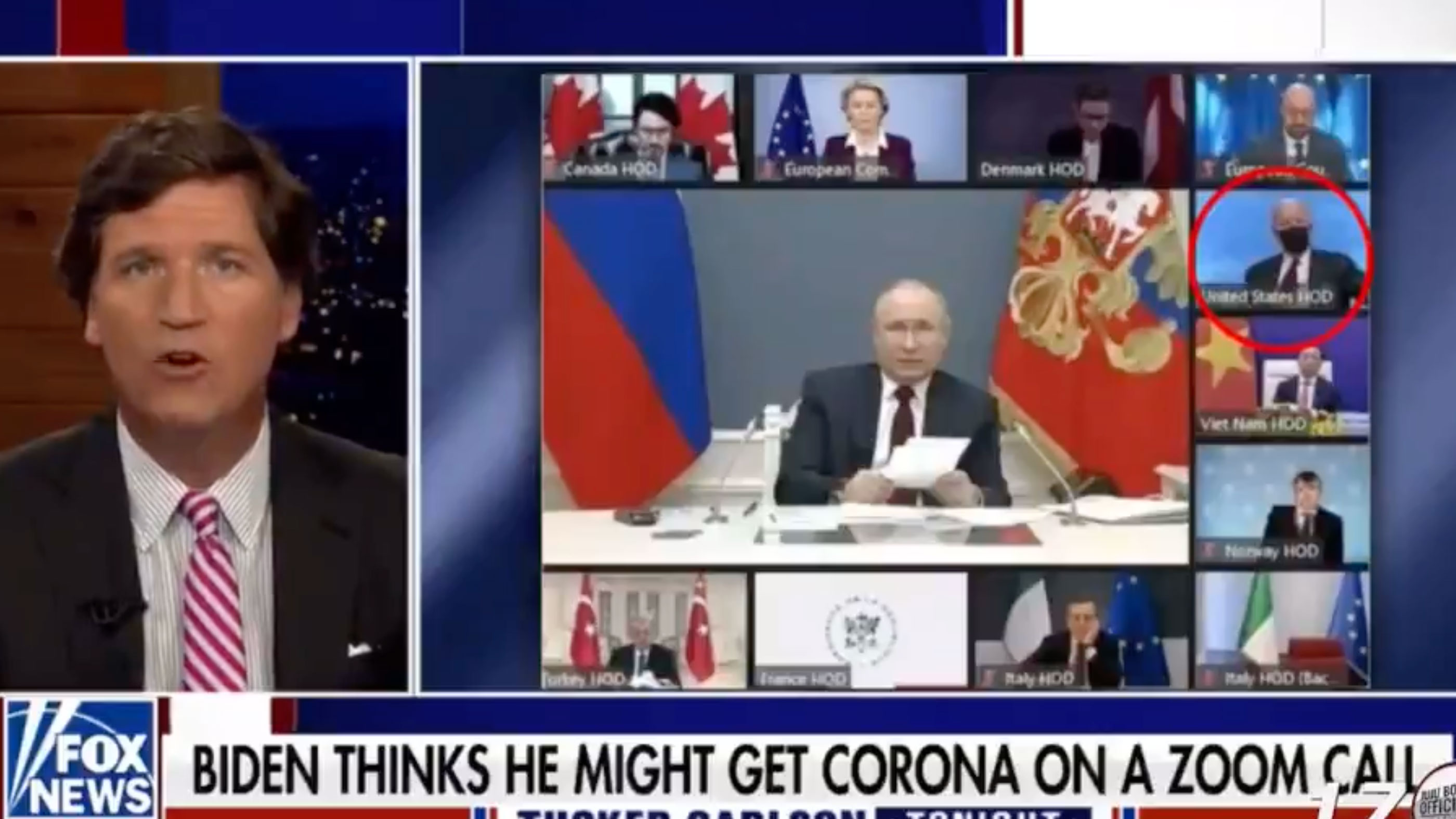 Carlson instead joked Covid was able to spread over WiFiCredit: Fox News

However, Biden’s mask-wearing received the brunt of the jokes regarding world leaders’ wearing of masks, and Carlson didn’t let up on Tuesday’s broadcast.

“The 16 heads of state who are present, only Joe Biden was wearing a face mask,” Carlson said on Tuesday. “He sat there silently, nose and mouth covered in black cloth like a rustler from an old western.”

“But here’s the weirdest part: that meeting took place over Zoom,” he continued. “None of the leaders were in the same room. They were thousands of miles from each other.”

“So why was Joe Biden, who has been fully vaccinated, the only one wearing a mask?” Carlson asked. “Joe Biden was sending a message to the world. And that message was not as we have suspected that Joe Biden has some sort of emotional disorder that makes them afraid of conference calls, no, not at all.”

“The message as his flack explained is that Joe Biden is putting in place precautions, those of course would be sensible precautions against Zoom.”

“The old digital COVID could be anywhere where there’s an internet connection, there’s a pandemic, to match up on those zoom calls, ladies and gentlemen.”

“Given we’re in the digital media business and we would hate to bear that burden,” he joked. “In the end, the White House never really did explain why Joe Biden was wearing a face mask on Zoom call after getting fully vaccinated.”