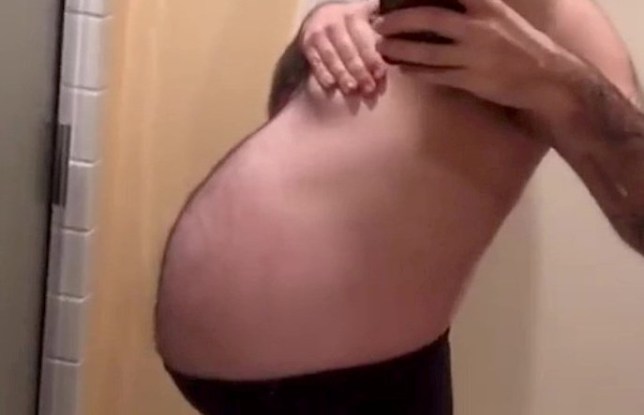 Many of us put on a few pounds over lockdown, which is of course nothing to be alarmed about.

However, for 24-year-old Ezra Varley, what he thought was weight gain turned out to be something much more sinister.

Ezra, who is transgender, noticed he was piling on the pounds in April last year, but thought it was thanks to unhealthy eating. But as the weeks and months passed, his tummy started to feel ‘rock hard’ and he had sharp abdominal pains.

An ultrasound revealed a mass so large medics ‘couldn’t see any of his organs’ and further tests showed he had a 33cm tumour reaching from his right ovary to his lungs.

Ezra wasn’t deemed a priority for surgery as his tumour was non-cancerous, and the hospital was already overrun with Covid patients.

His tummy grew until he looked heavily pregnant – and he even did a jokey Beyonce-inspired ‘bump’ photo shoot.

When the doctors removed it, the mass was even larger.

Ezra, from Vancouver, Canada, said: ‘It was a really worrying time for me, and it was clear from the doctors that my surgery wasn’t a priority.

‘I got diagnosed with the tumour at the height of the pandemic and I was conflicted because I didn’t want to waste anyone’s time. 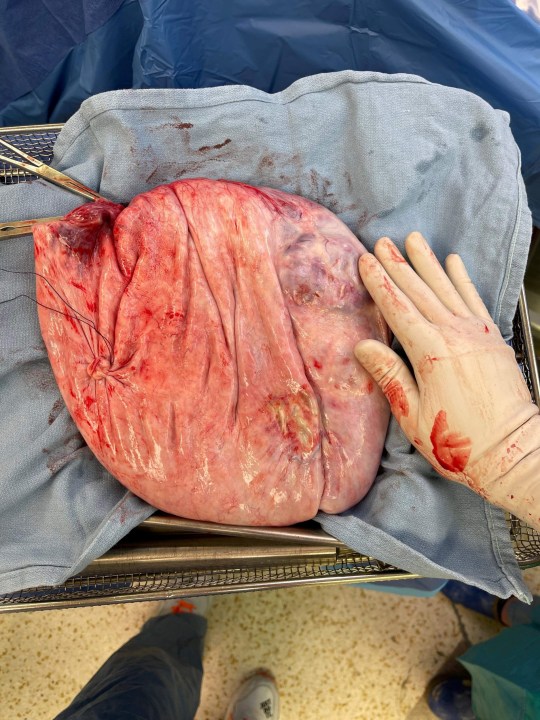 ‘People were dying from Covid, so the hospital wasn’t really where I wanted to be at that time anyway so I just accepted that I may have to wait a while for the operation.

‘In that time the tumour just continued to grow, and by September it looked like I was pregnant!’

Ezra’s life started to become increasingly difficult when the size of the tumour prevented him from doing basic things. 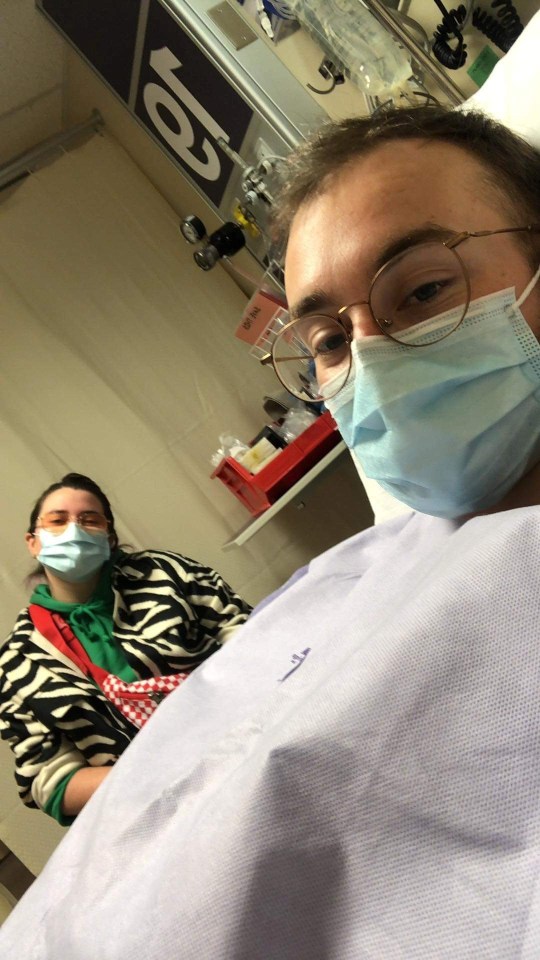 He lost his job as a barista and was forced to apply for support benefits from the government.

With his condition worsening by the day, the tumour eventually got so big that the pressure on his spine caused a disk to slip, leaving him with immense back pain.

Ezra compared the constant shooting pains throughout his body as like ‘having a knife in the liver.’ 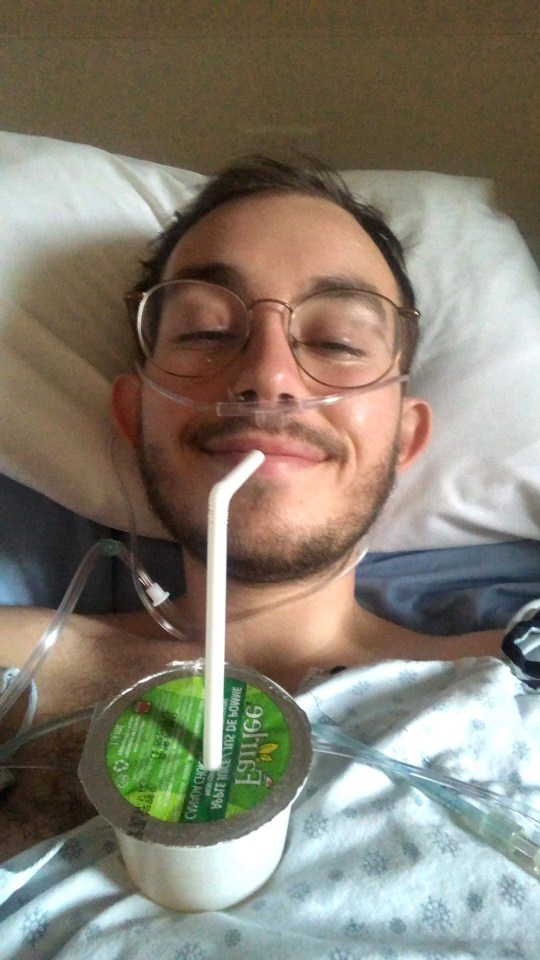 It then took him eight weeks to recover from the surgery, but Ezra is now fighting fit after treatment.

‘After the surgery it felt as if I’d never had a normal body before,’ he commented.

‘I’d forgotten what it was like not to be constantly in pain and I was completely overjoyed – I’d suddenly got my life back.

‘Feeling all my organs move back into place inside of me after they’d been crushed for so long was really weird. But once that settled down I was finally able to start living again.

‘I want other transgender people to learn from what I went through, by paying attention to their bodies and not being afraid to get the help they need.’

Unexplained weight gain or loss can be a symptom of a variety of conditions. Although it may also be nothing, it’s important to get it checked out if you notice changes in your body.

Even if you’re worried about Covid or, like Ezra, don’t wish to be a ‘burden’ (which medical staff of course won’t agree with), it’s better to be safe than sorry.