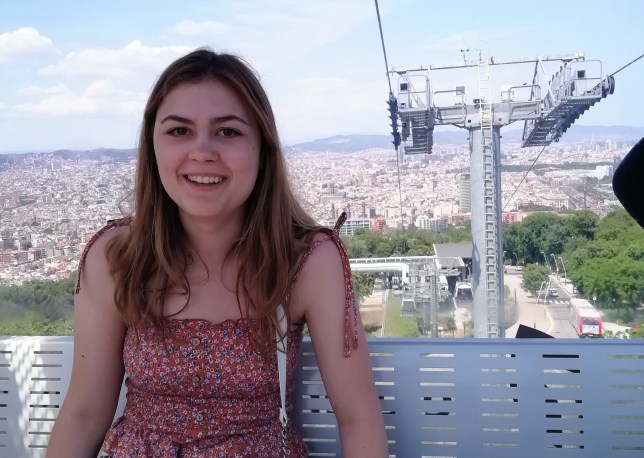 Despite being so ill, almost at rock bottom, people told me that I’d never looked better (Picture: Lucy Robinson)

If you were to ask me when my eating disorder began, I wouldn’t be able to tell you.

I don’t know when my meal-planning caused the kitchen to become my biggest fear in the world or when my weekly food shop became so overwhelming that I began crying in supermarket aisles – the boundaries between healthiness and illness merged so seamlessly.

Looking back, I guess it had always been there, manifesting in various ways throughout my school years.

There was the time in primary school when the nurse weighed me as part of The National Child Measurement Programme, and I memorised the number on the scales as if it were as important as my name, fixated on the idea that my number was bigger than most people’s.

Then there were those three years in secondary school, I ‘forgot’ to bring my lunch – every single day – hiding my meal-skipping from my parents while dismissing my friends’ concerns, saying I’d eat when I got home.

And I can’t forget the time in sixth form in 2016 when I gave up sugar and carbs during the height of the ‘clean eating’ craze. As me and my friends grappled with our changing bodies, diet talk pervaded the common room. A desire to maintain our pre-teen thigh gaps united us by a common thread.

During my first year at university, the rules I’d constructed became dangerously restrictive. Every day I’d wake up wanting to eat less and to do better than the day before, my life now dominated by a calorie-counting app and set of scales, and my mood entirely dependent on whether I was having a ‘good’ or ‘bad’ food day.

I started missing classes because keeping up with my eating disorder was too mentally taxing to focus on anything else. I’d stay in my room for days on end to avoid confronting the outside world and living in terror of deviating from the blueprint I’d carefully formulated.

Still, I was afraid of telling anyone what was happening and, in reality, I wasn’t too sure what was going on myself.

But despite being so ill, almost at rock bottom, people told me that I’d never looked better.

‘Lucy, have you lost weight? You look incredible,’ my flatmate said at the Christmas ball.

‘I wish I had your thighs and cheekbones – how many calories do you eat?’ a coursemate asked me at pre-drinks.

And the compliments kept coming.

My periods had stopped, my hair was falling out and the voices in my head were deafening, but it all felt worth it because these comments reinforced that what I was doing was OK. They stopped me from seeing myself as ill.

Going home from uni for the holidays, I was aware of people’s concerns – my mum would note how I’d morphed into a ‘lollipop head’. But their worries fell on deaf ears amidst the praise, which told me that losing weight was the right thing to do.

Society sees weight loss as a valued commodity, worthy of social praise and commentary. When a celebrity appears to lose weight, headlines inevitably crop up praising them for their success. 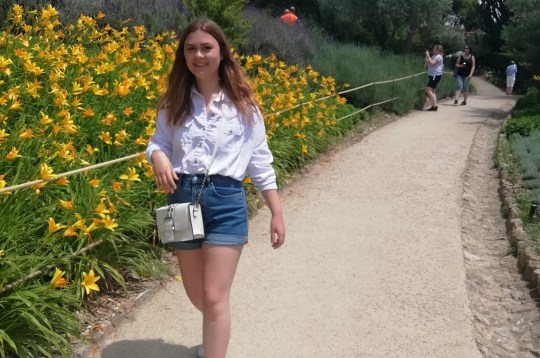 Thinness, in and of itself, is not a direct measure of success, acceptance or happiness (Picture: Lucy Robinson)

After waking up in a sweat one night, panicking that I didn’t know what I was going to eat the next day, I reached out to Student Minds, the UK’s student mental health charity, and told them about the thoughts going through my head. They encouraged me to visit my GP.

So, at 19, I was diagnosed with anorexia nervosa. For the first time in years, I felt like I could finally breathe. There was a word for what I was going through, and I could now start to get better.

In the UK, it is estimated that between 1.25 and 3.4million people are affected by an eating disorder. Fortunately, I was able to receive treatment in the form of regular counselling sessions and diet advice to reformulate how I viewed food. But, for many, this isn’t the case.

Though documentaries such as Freddie Flintoff: Living with Bulimia have helped to increase awareness of the realities of eating disorders, mental health services are more strained than ever, waiting lists in some areas are worryingly long and cases of disordered eating have reportedly increased dramatically since the UK was first placed into lockdown. By August last year, Beat – an eating disorder charity – had recorded an 81% increase in demand for its services since March.

It wasn’t my flatmate’s fault that he took note of my slimness, or that my coursemate wanted to lose weight, of course. Society sees weight loss as an aspiration, a valued commodity worthy of social praise and commentary.

But for a lot of people like me, talk of weight loss is also a huge trigger. Unless you’re showing genuine concern for someone’s welfare, or a person you’re close to has explicitly mentioned their weight, weight-centric remarks should be avoided.

Don’t get me wrong, compliments are great, and we should applaud people who have worked hard to achieve weight loss or weight gain healthily and on their own terms. But the nuances of, ‘You look great, so thin’ encourages the idea that skinniness is synonymous with a person’s worth.

Thinness, in and of itself, is not a direct measure of success, acceptance or happiness. It seems that we have forgotten that thin doesn’t necessarily mean healthy.

Rather than commenting on people’s bodies, maybe we should be more introspective. A genuine, ‘How are you feeling?’ can do a lot more good than a quick, ‘Look at how thin you are!’ You never know what you’re really commenting on.

It’s been four years since my diagnosis, I no longer need treatment and I’ve never been happier. That being said, recovery from an eating disorder is never linear and comments on my weight are still a huge trigger.

We can all do our bit by adjusting the narrative around weight, allowing people to live unashamedly in their bodies. You might not know what it’s like to have an eating disorder, but you probably know somebody who does.

If you suspect you, a family member or friend has an eating disorder, contact Beat on 0808 801 0677 or at [email protected], for information and advice on the best way to get appropriate treatment