After months of lockdown there is so much to explore, with a host of exciting new lands and rides. 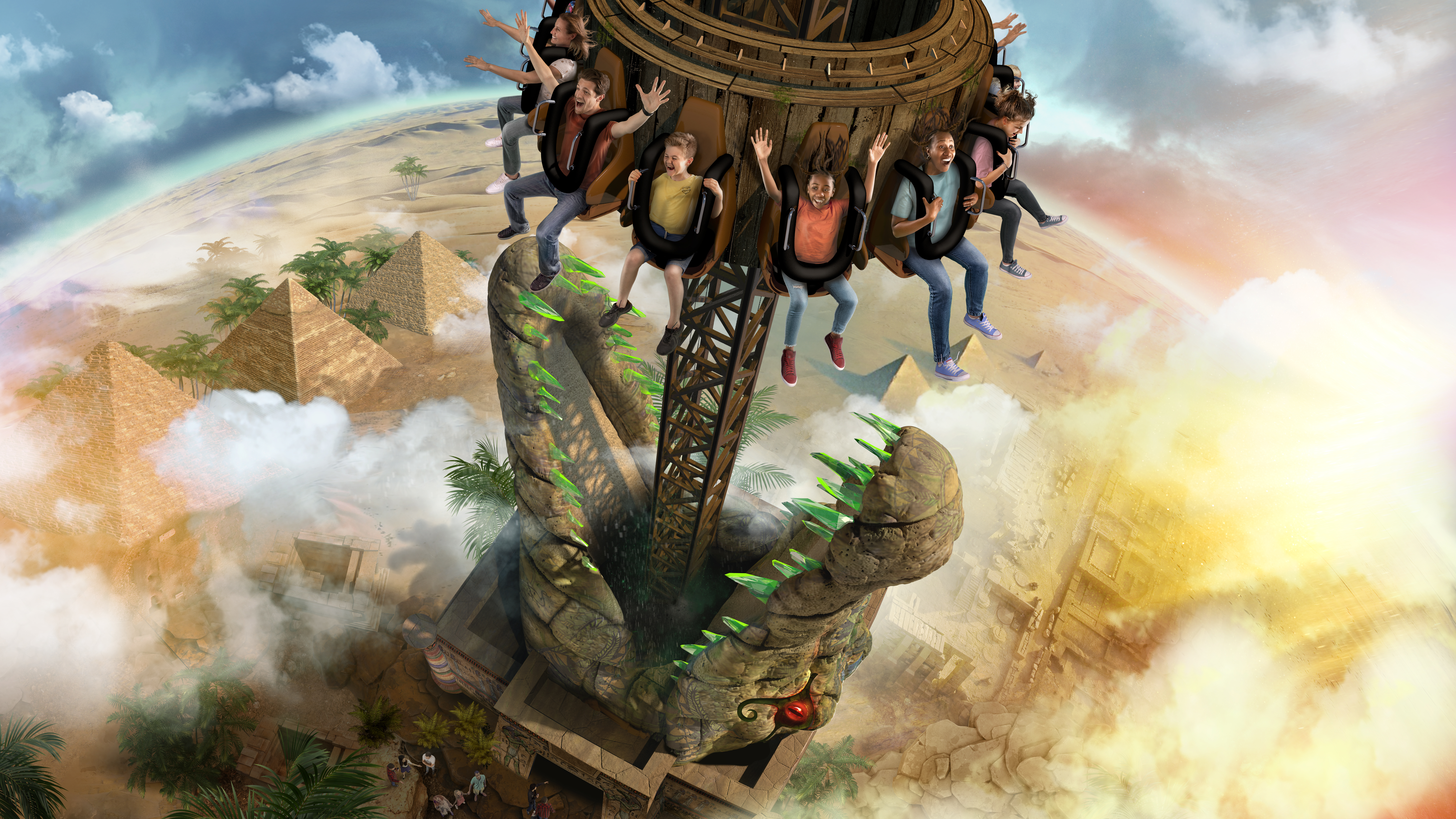 It’s been a rollercoaster of a year so far but you can bank on plenty more exciting twists and turns with the rides. Expect Covid-safety measures, from social- distancing to temperature checks and face masks.

But with wide-open spaces and thrilling new attractions, families will once more be squealing with delight across the country.

Trisha Harbord rounds up the latest, exciting thrills on offer. 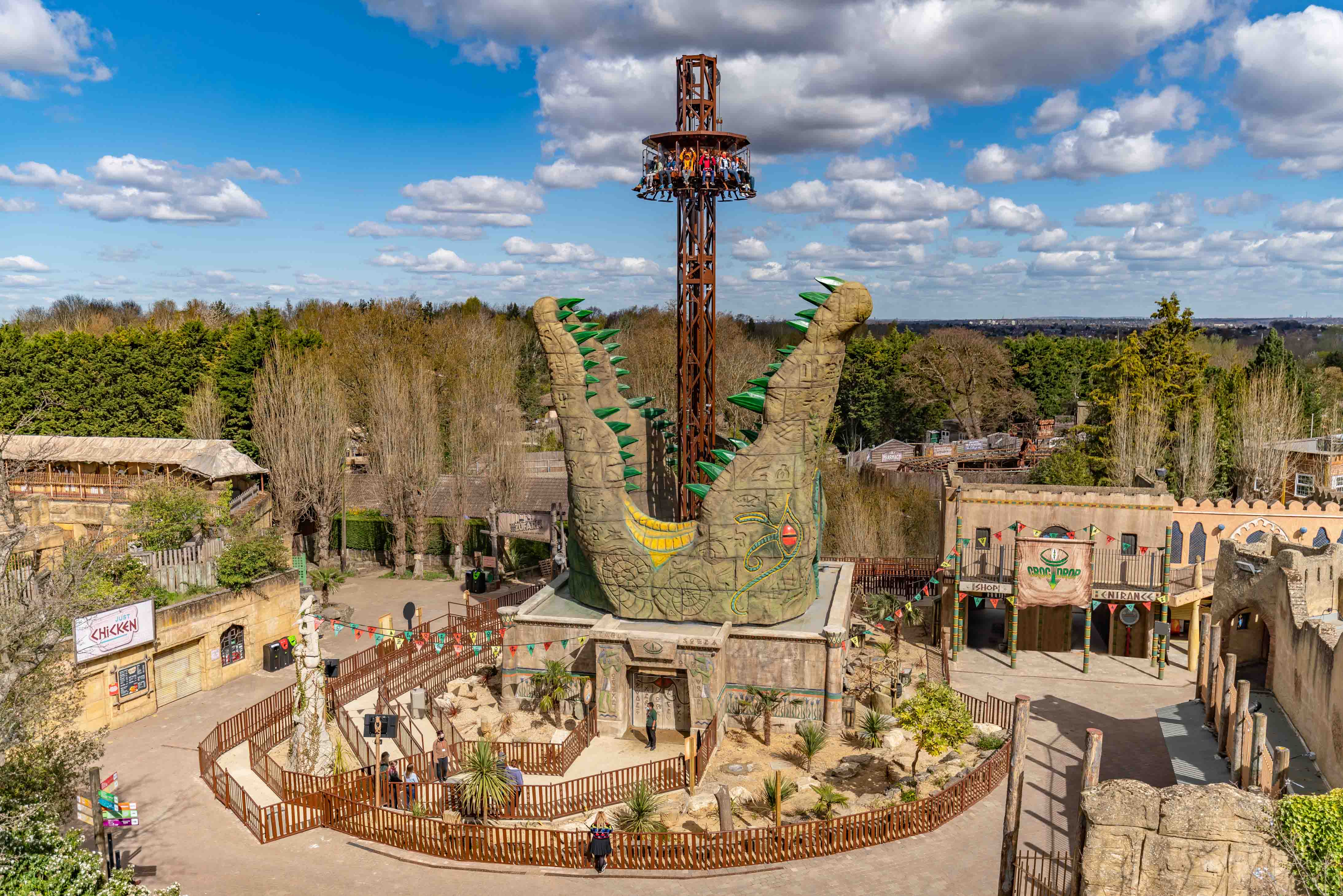 Croc Drop, the first all-new ride to be built at the Surrey resort since 2013, is an 84ft tall tower with a huge crocodile head at its base

Croc Drop, the first all-new ride to be built at the Surrey resort since 2013, is an 84ft tall tower with a huge crocodile head at its base.

Thrill-seekers hop on to a 16-seat gondola, are spun round and then dropped, screaming for their lives, into the beast’s mouth. Croc Drop is based on Sobek, the ancient Egyptian Crocodile God and protector of the Nile, who has become possessed by evil spirits.

Smoke, lighting effects and water sprays add to the excitement and terror.

A festival is planned for the summer and it’s a big year for the park’s zoo, which is home to 1,000 animals including lions and tigers, as it celebrates 90 years.

Families who have pre-school children can get a special adult and child weekday ticket for £25. They can enjoy an adventure based on the book Room On The Broom and a lazy river featuring the popular Gruffalo character Mouse. 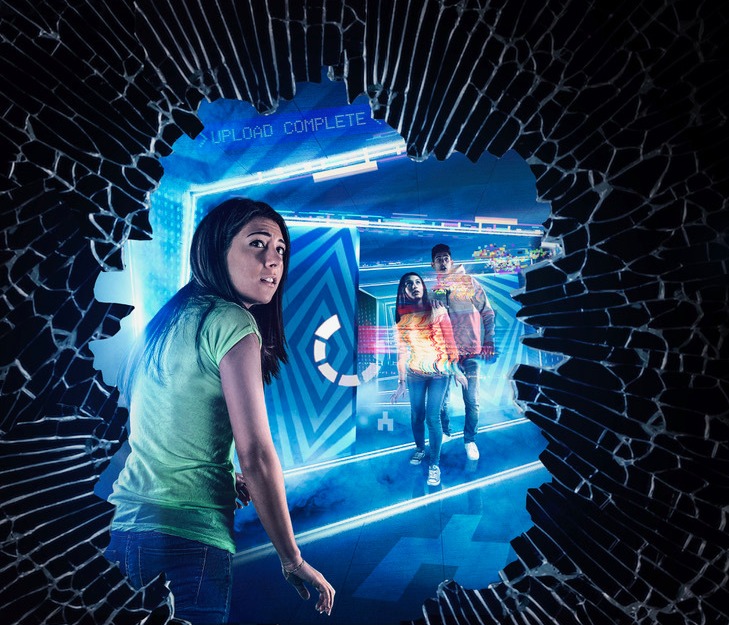 Black Mirror Labyrinth, opening on May 21, is based on the TV science fiction series Black Mirror

IT specialises in scaring the pants off us all but we keep going back for more.

The resort, which has terrifying attractions including illusionist Derren Brown’s ghost train and white-knuckle rollercoasters, has now come up with an hypnotic maze.

Black Mirror Labyrinth, opening on May 21, is based on the TV science fiction series Black Mirror. So, expect unpredictable environments.

After the Surrey park’s gates open again tomorrow, the screams will start up as thrill fans make up for lost time on seven coasters including Stealth and The Swarm. 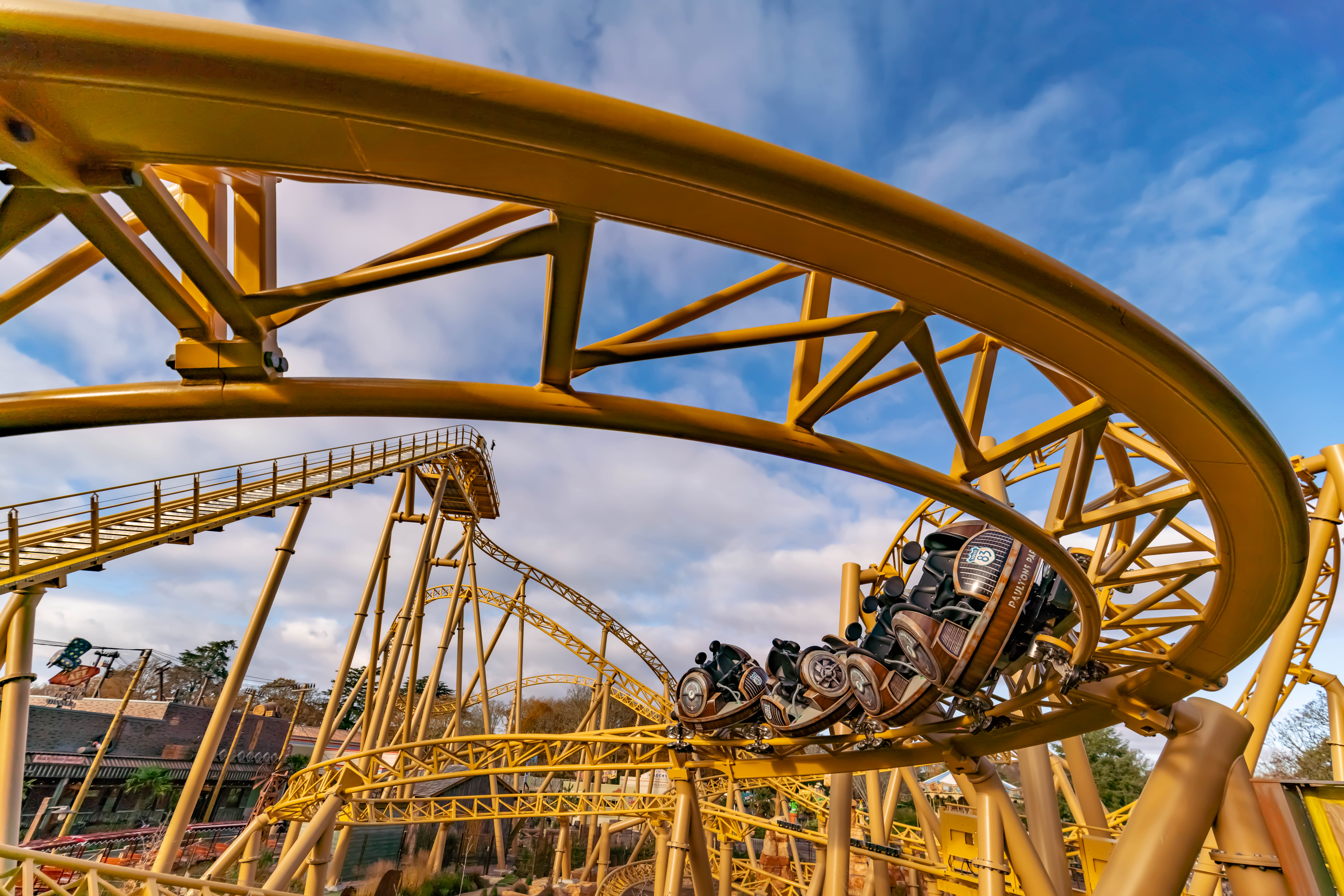 ITS new £12million Tornado Springs, with four acres of attractions, is finally opening.

The Cyclonator is a pendulum ride themed as a wind-powered invention by the people of Tornado Springs, a desert town in 1950s America.

Ride a classic car at Al’s Auto Academy, cool off on the Buffalo Falls water raft ride and taste the Wild West in the Route 83 Diner.

There are more than 70 rides at the Hampshire park. Tickets cost from £35.75. For details, see paultonspark.co.uk. 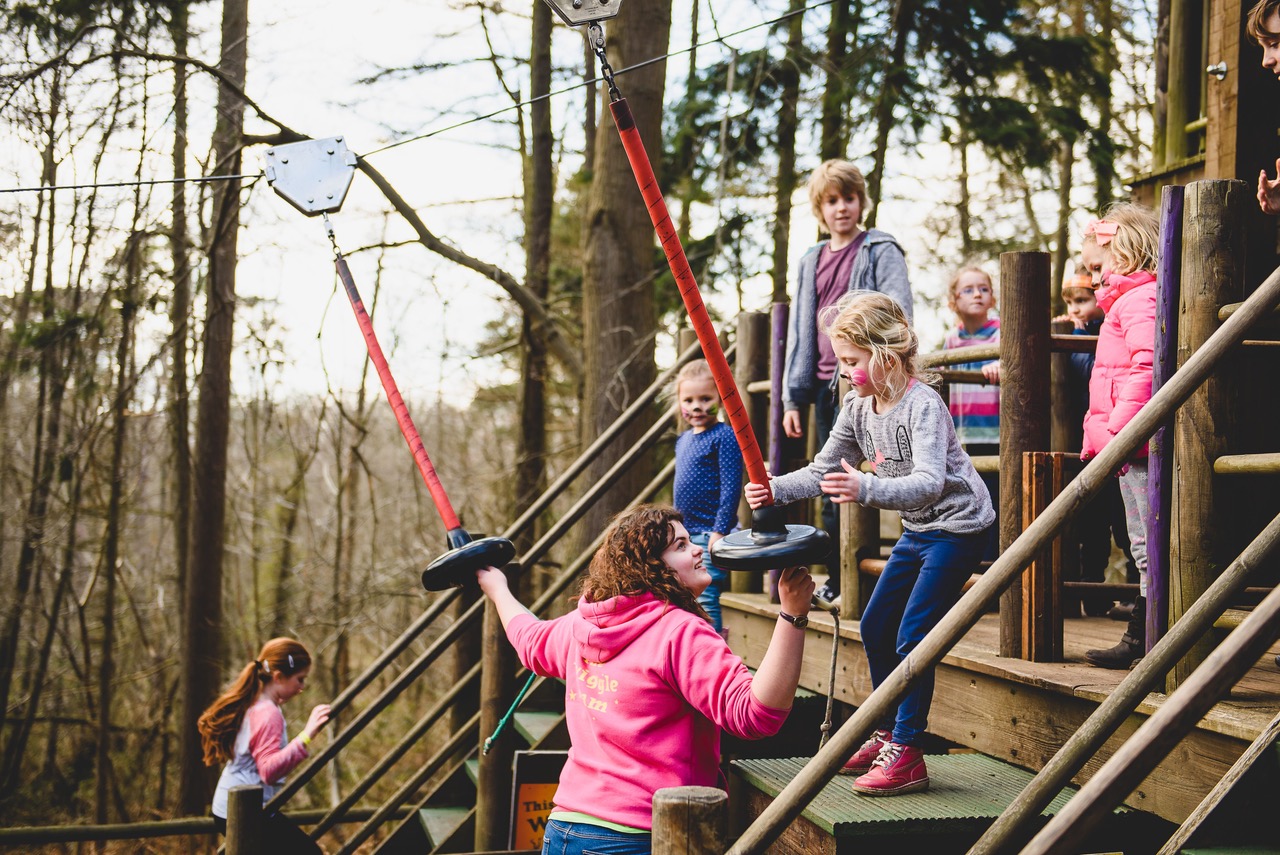 The 70-acre site is based on the original award-winning park in Norfolk, created by author Tom Blofeld, who wrote A Boggle At BeWILDerwood

IT might be a year late but the new £5million BeWILDerwood in Cheshire is worth waiting for.

The 70-acre site is based on the original award-winning park in Norfolk, created by author Tom Blofeld, who wrote A Boggle At BeWILDerwood.

Marketing manager Lydia Sharkey said: “We’re so excited to finally open. We’re a little different to other attractions as we have no noisy rides.

“BeWILDerwood is all about using your imagination and getting back to nature. Grown-ups play too.” 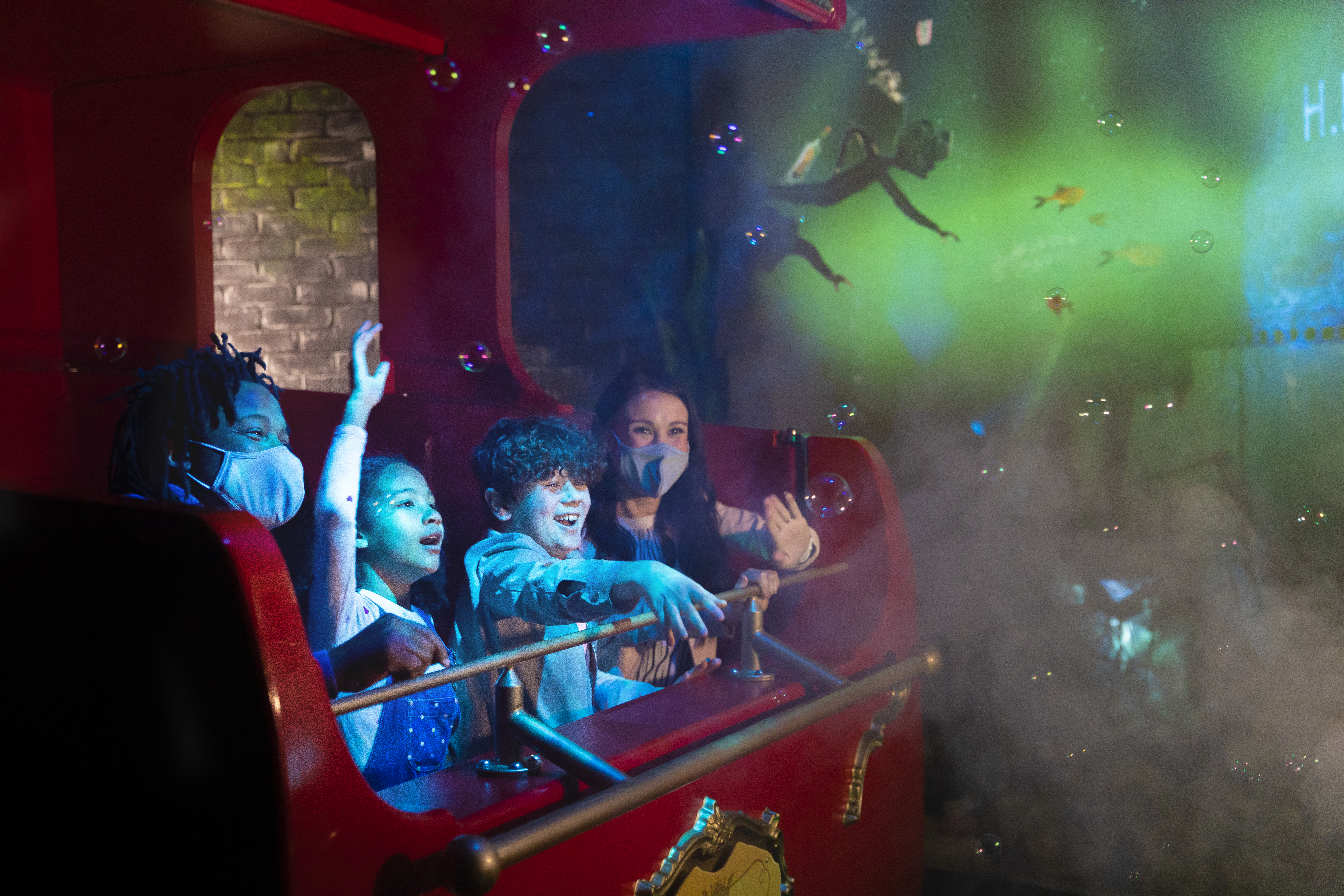 The World of David Walliams is the Staffordshire park’s new land, based on his book and bringing the author’s characters to life in a 4D experience

JEWEL thief Gangsta Granny will be stealing the show here this season.

The World of David Walliams is the Staffordshire park’s new land, based on his book and bringing the author’s characters to life in a 4D experience.

Board a royal carriage and get caught up in Ben and Granny’s escapade as they attempt to steal the Crown Jewels.

The new land opens on May 17 at the park, which has more than 40 rides and attractions.

You can get to see other characters by staying in the new Gangsta Granny-themed rooms in Alton Towers Hotel.

Alton Towers is also staging a new Mardi Gras festival between May 22 and June 20. 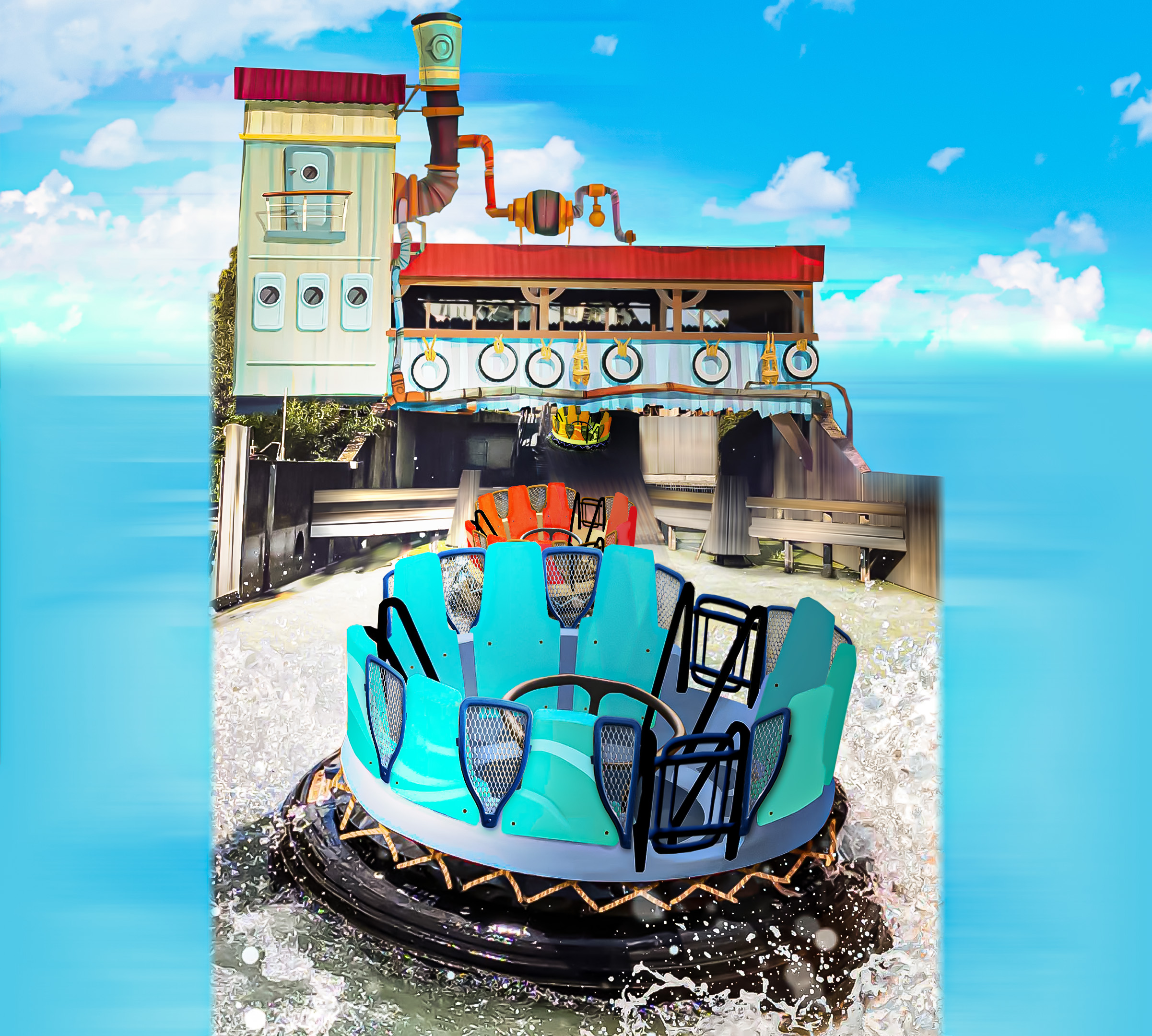 A NEW nautical-themed area with rides and attractions arrives at Staffordshire’s Drayton Manor this year.

It will open Adventure Cove with a bright, colourful coaster as well as barrels, boats and steering wheels aplenty.

A new River Rapids ride will take youngsters and the young-at-heart on a journey through a cartoon-style fishing port, past vibrant painted shacks and seafarers.

Existing family favourite Shockwave has been repainted in a rainbow of colours, bringing a fresh and fun atmosphere to the area.

And white-knuckle ride Stormforce 10 has had a makeover too, enhancing its dramatic view over the lake.

The park reopens tomorrow, with tickets priced from £25.

You can book yours at draytonmanor.co.uk. 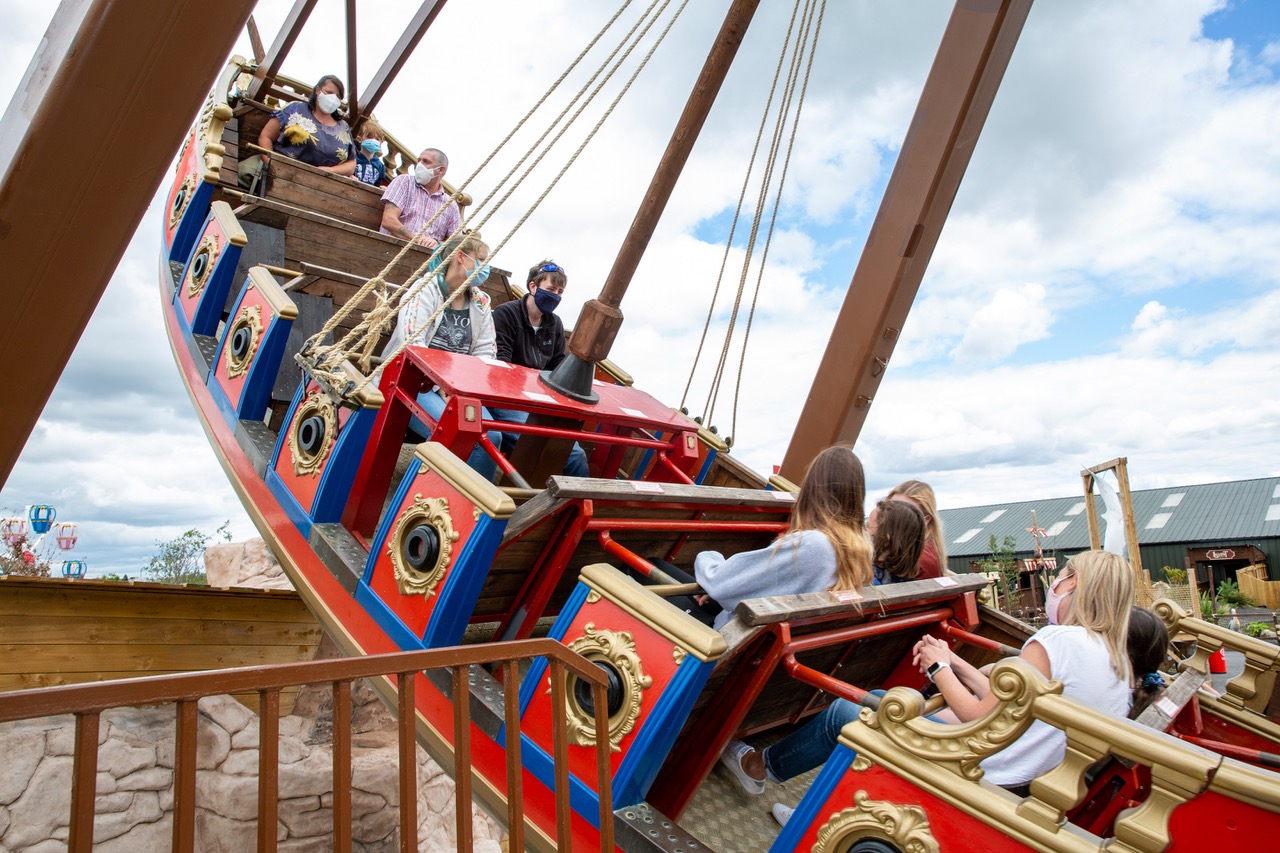 THE theme park in Rotherham, South Yorkshire, is opening for its first full season with attractions aimed at children aged two to 13.

Top rides include Apache Falls, which takes families in their own boat on thrilling rapids in Wild Western World, the Gyrosaur, which is surrounded by animatronic dinosaurs in Lost World and spins riders 360 degrees, and Ghostly Galleon, a swinging pirate ship. 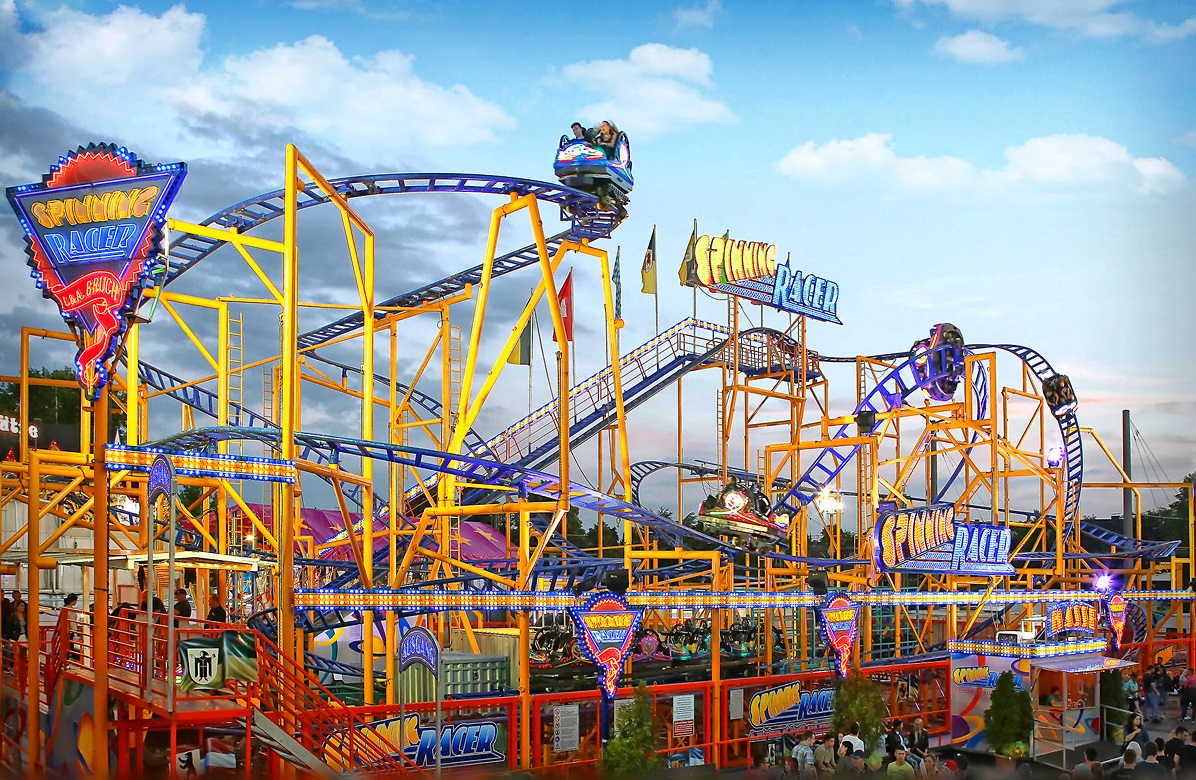 ADRENALIN junkies will be in their element when a new high-speed rollercoaster opens tomorrow at Fantasy Island.

Spinning Racer, one of three new attractions at the park near Skegness in Lincolnshire, hits 45mph and heights of more than 50ft.

The Guardian, an immersive indoor ride where every twist decides your fate as a knight, opens on May 17 and Harrington Flint’s Island Adventures, where you travel through jungles, mines and waterfalls shooting zombies, also begins next month.

Fantasy Island has more than 30 rides for all ages and is home to Europe’s largest seven-day market. Its holiday homes sleep up to eight. 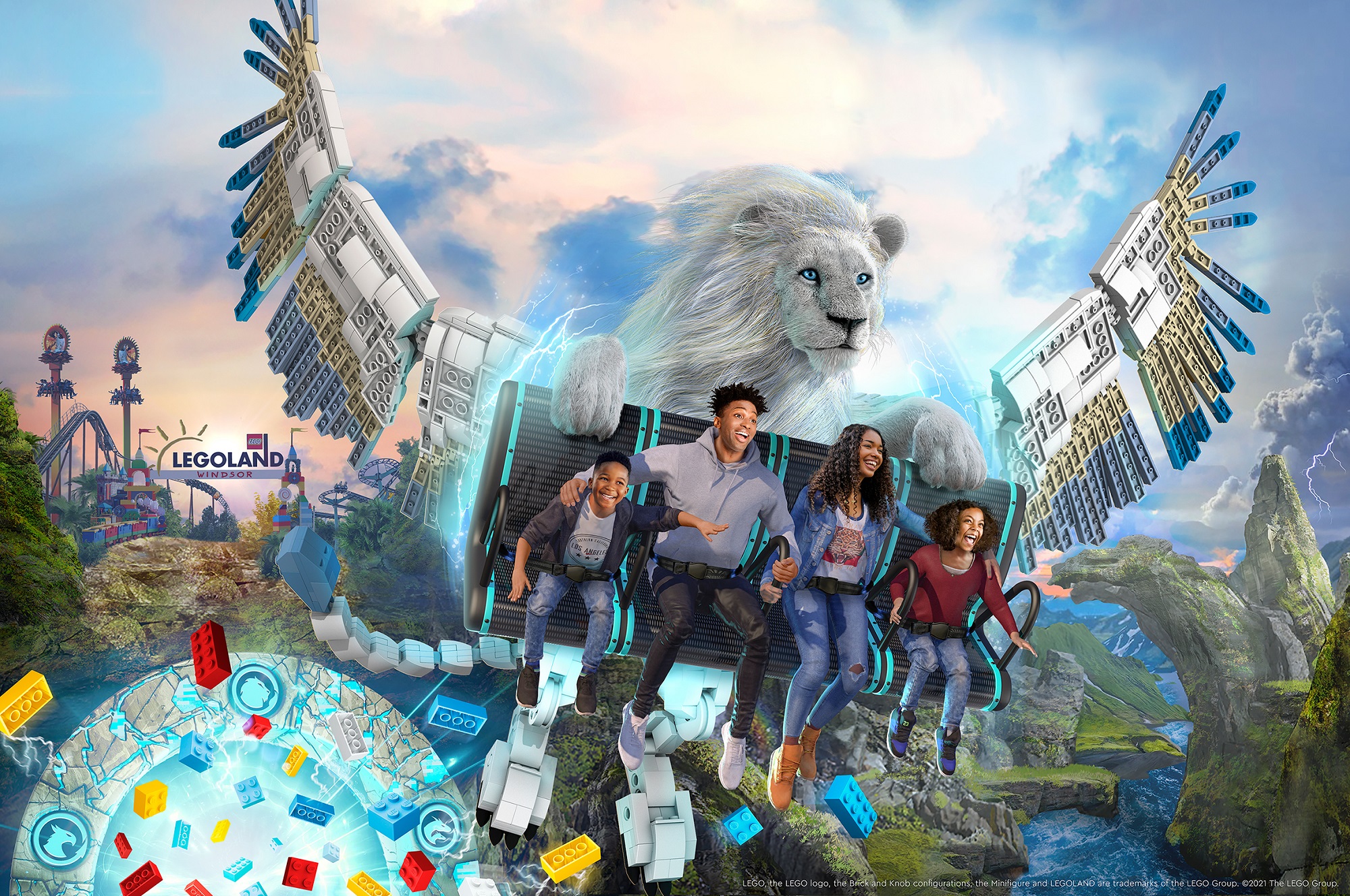 THE UK’s first flying theatre ride is the highlight of a new land as the park celebrates its 25th year.

Lego Mythica: World of Mythical Creatures opens on May 29, following the outside rides tomorrow and indoor attractions on May 19.

The 82ft high Flight Of The Sky Lion takes families on a thrilling expedition where they come face to face with scary mythical creatures.

Another 15 new Lego models include roller-blading giraffes and a musical dragon.

Covid-safe short breaks can be booked at the Berkshire park’s two hotels from May 17.