TODAY we salute The Sun’s Jabs Army – our remarkable readers who are helping out in vaccination centres all over the country.

When the NHS and the Royal ­Voluntary Service were looking for people willing to give their free time to make the jabs rollout happen they turned to ­Britain’s favourite paper. 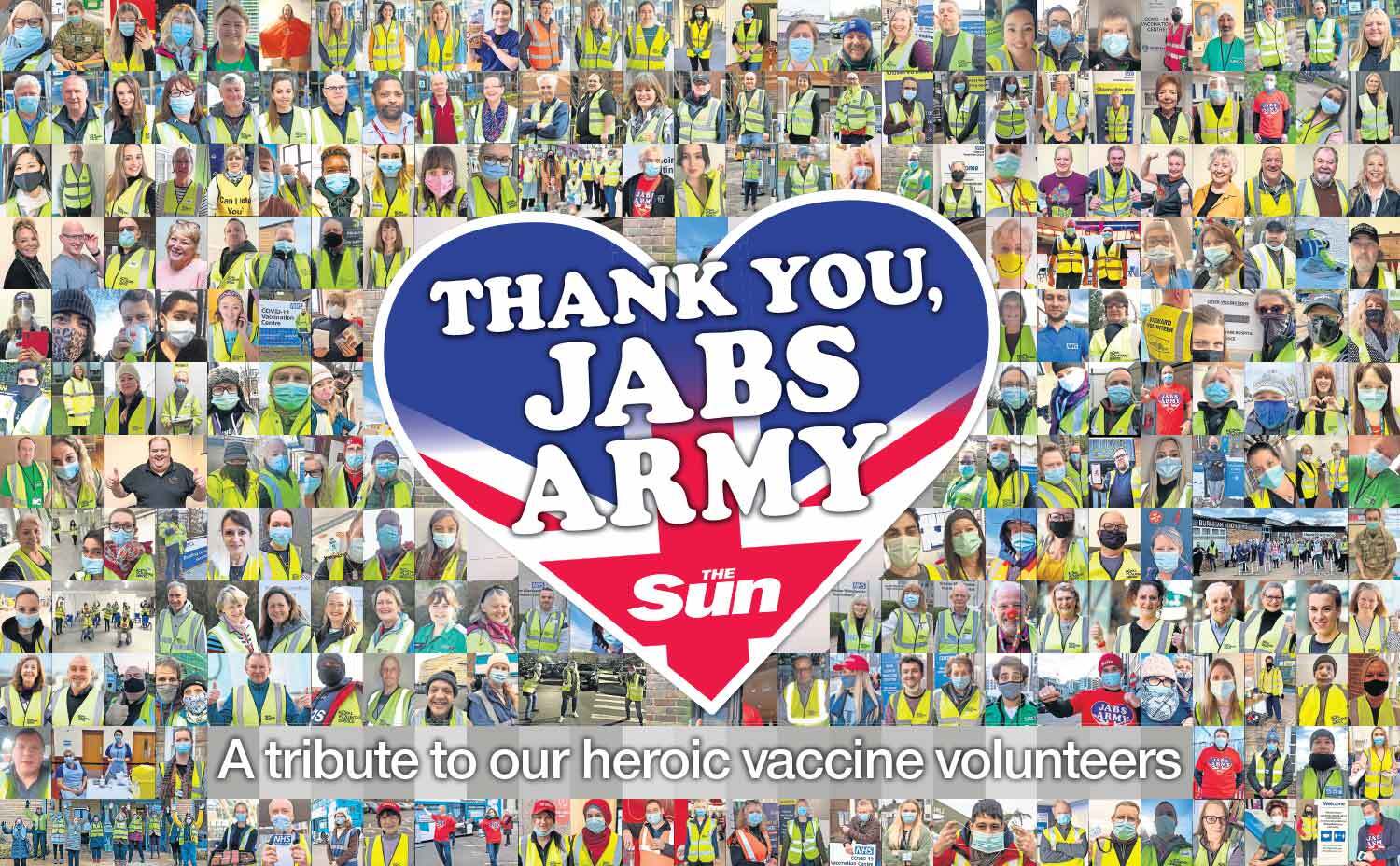 Within three weeks 50,000 readers signed up to help.

Tonight we are saying “Thank you” to our Jabs Army. Dozens of volunteers will appear with celebs who backed the effort, such as Ross Kemp, Vernon Kay and Nicola Adams, in an advert that will be screened at around 7.30pm tonight during Ant & Dec’s Saturday Night Takeaway on ITV.

We were blown away by the response when we asked for selfies from our volunteers in action on Jabs Army duty.

We got so many we couldn’t feature them all in the ad so to say thanks to them, we bring you this special pullout with a souvenir poster featuring the faces of many of the volunteers. Hail our helpers by displaying it at your local vaccine centre or in a window at home. 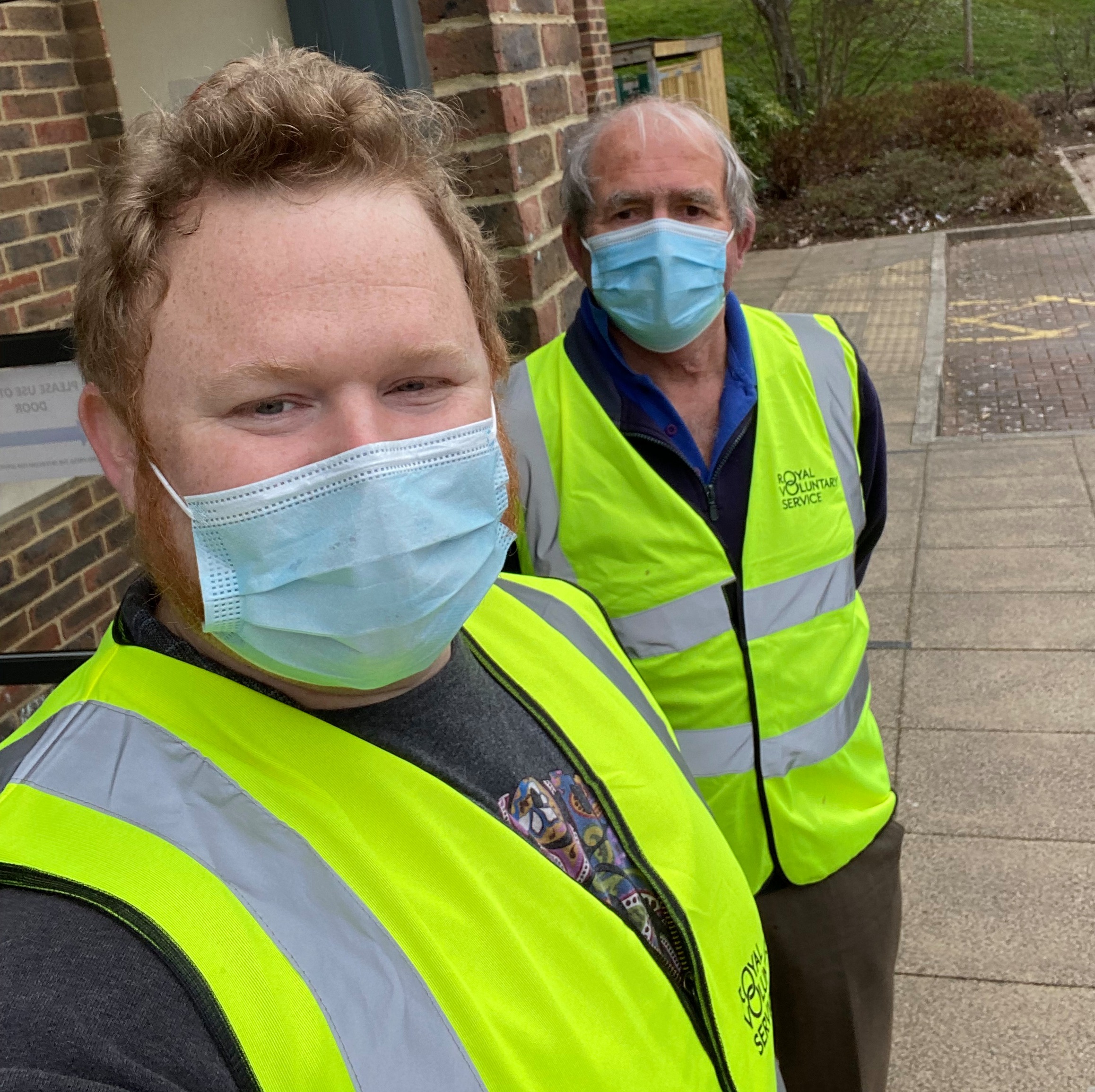 Volunteers seen include former cop Mark Walsh, 36, training to be a train driver, who signed up for Jabs Army work in Portsmouth and Southampton, where he became pals with ex-ferry captain Michael Bechley.

Mark says: “There will be lessons to be learned from the pandemic but the vaccinations are the real success here.” 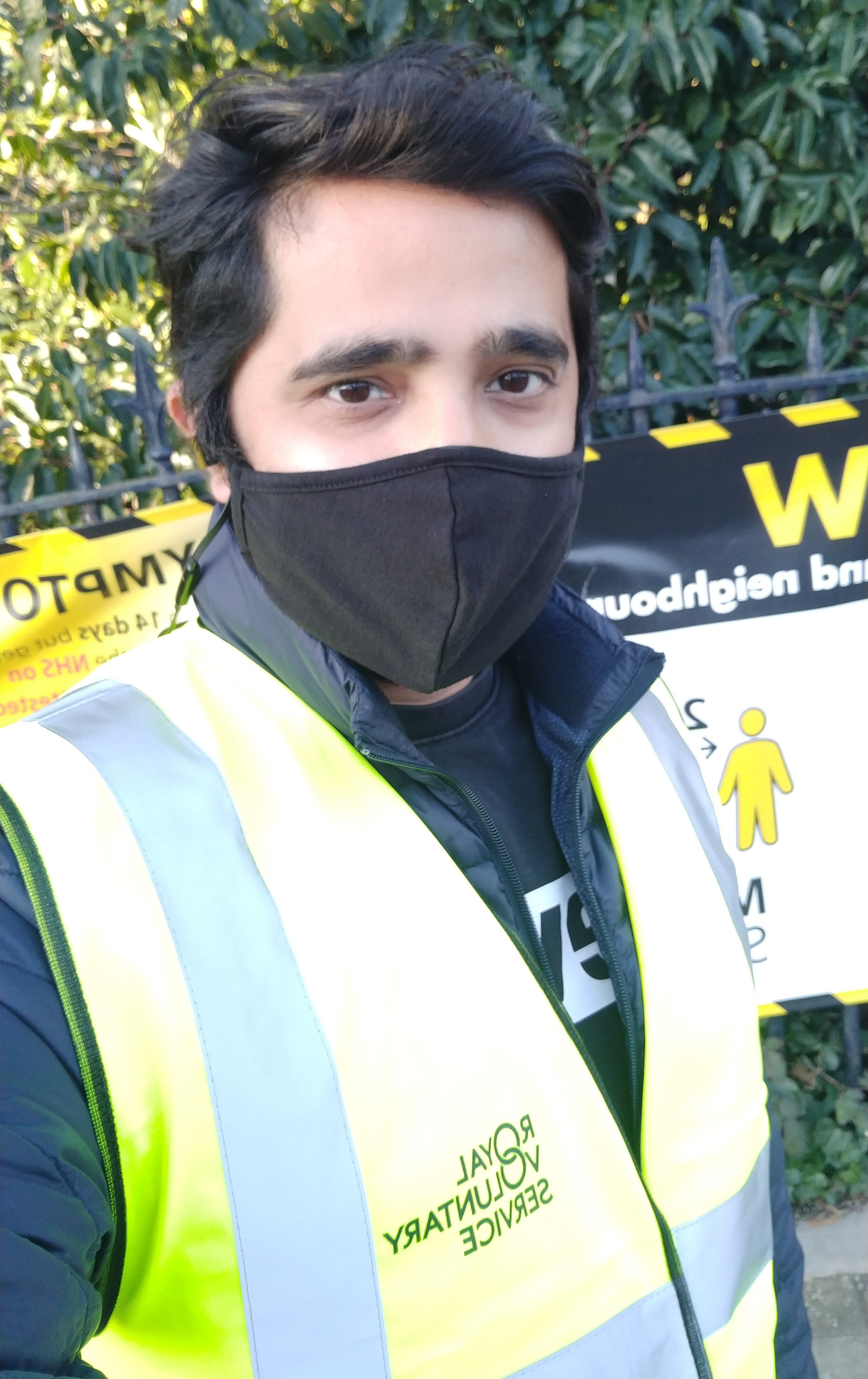 Angad Shukla, 33, from London, says: “Being a vaccine volunteer you spread love everywhere you go.”

His sentiments were echoed by hairdresser Denise McGirl, 59, who helped out in Bedford and says: “You’re bringing hope.” 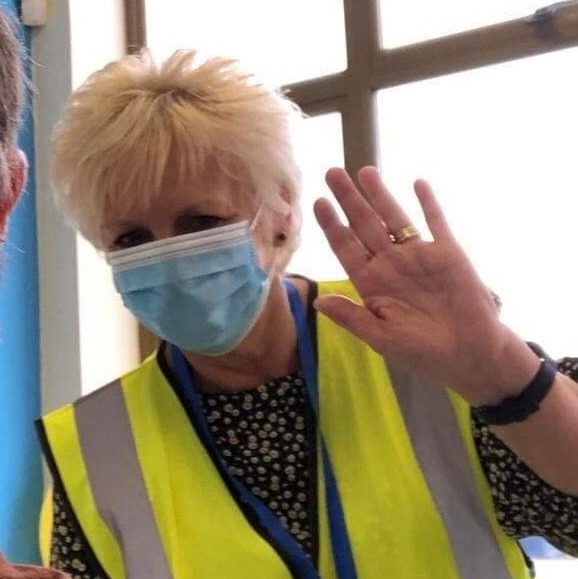 Hairdresser Denise McGirl signed up to the Jabs Army 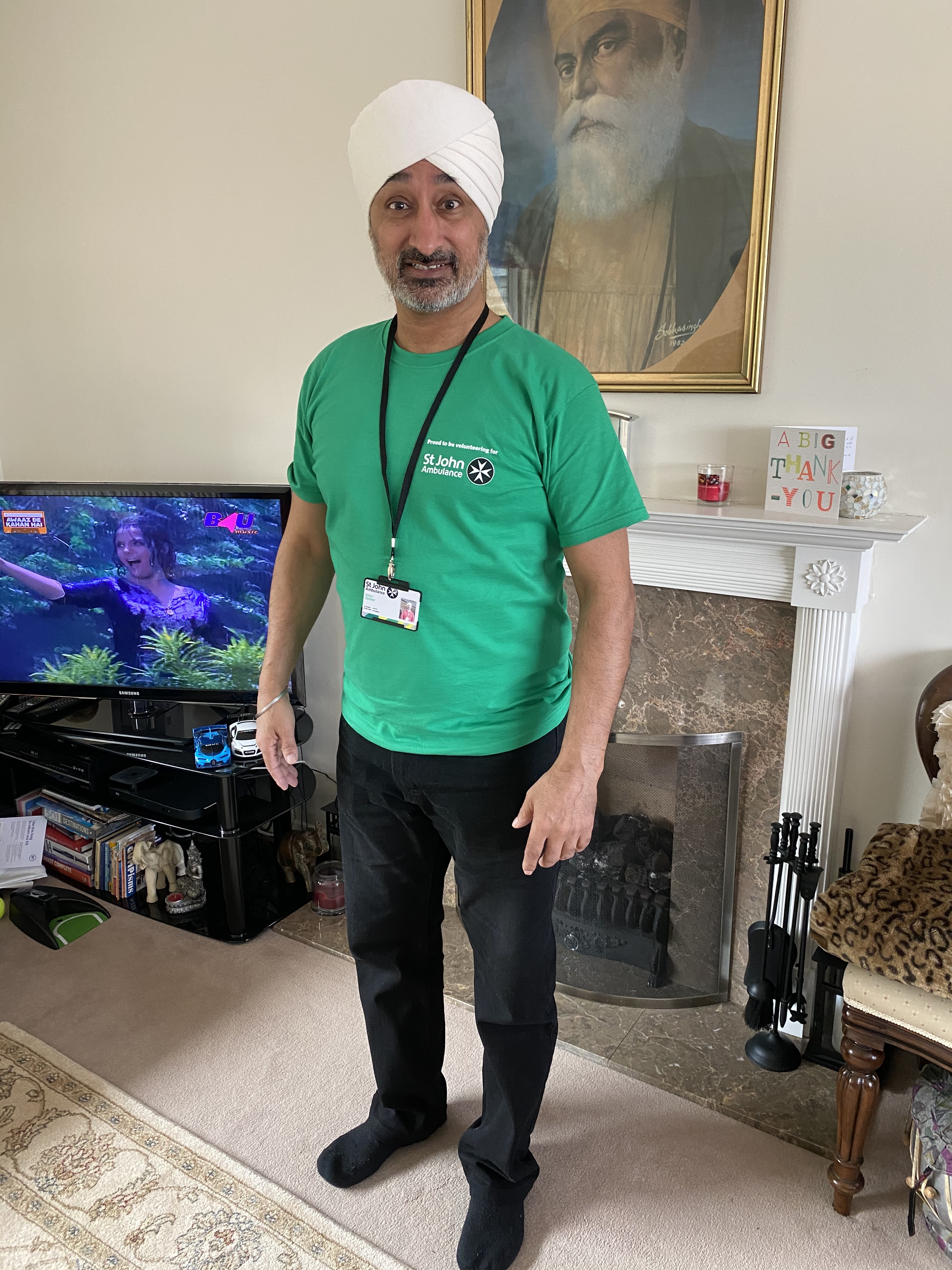 Bank worker Balbir Singh Gohler, 54, helps in Brighton. He says: “Volunteering has been the best antidote to the year-long paralysis that has dominated lives.” 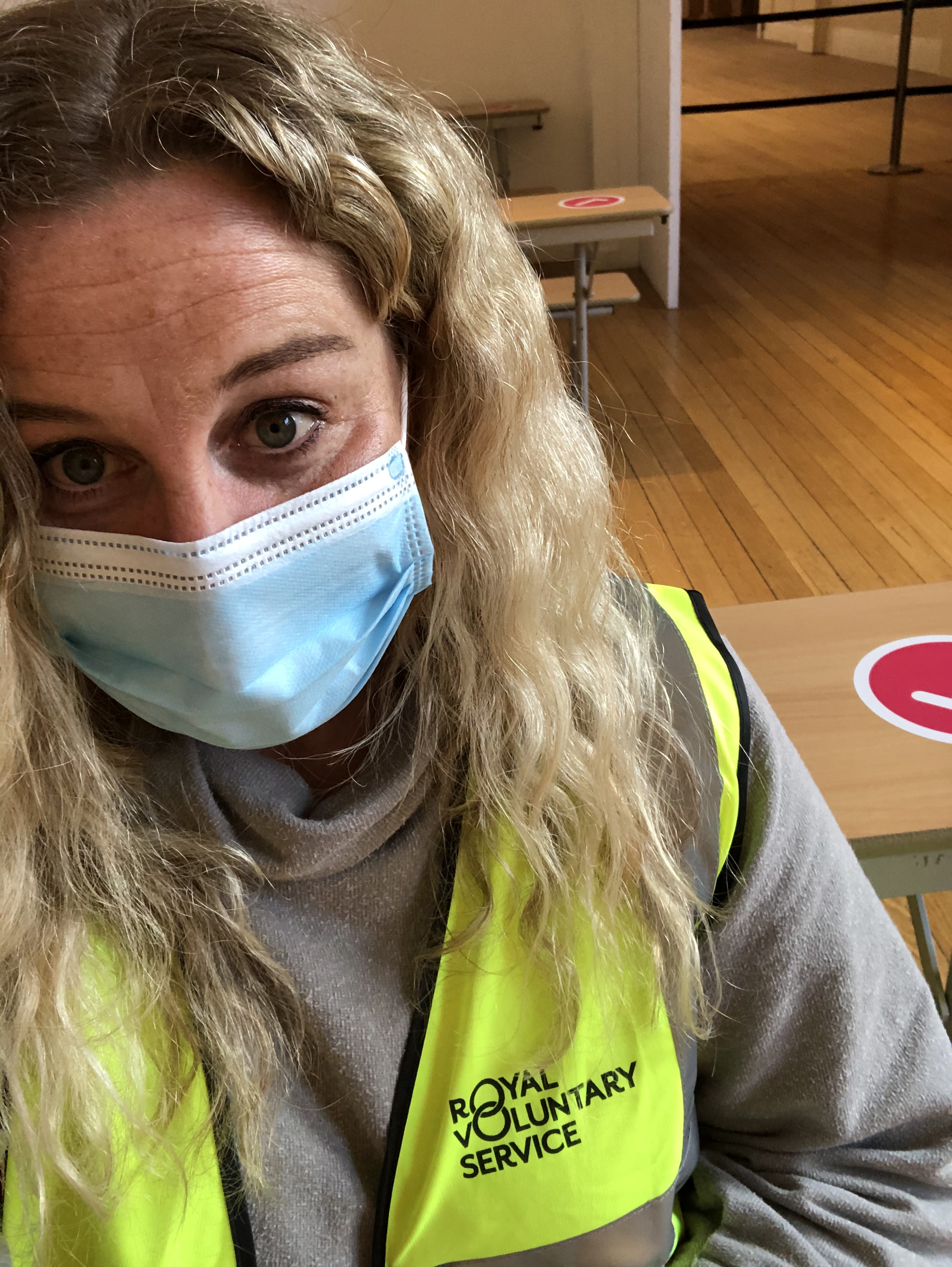 Fiona Young has been volunteering for the Jabs Army in London

She says: “I’ve met so many people who are going above and beyond to get everyone vaccinated.” 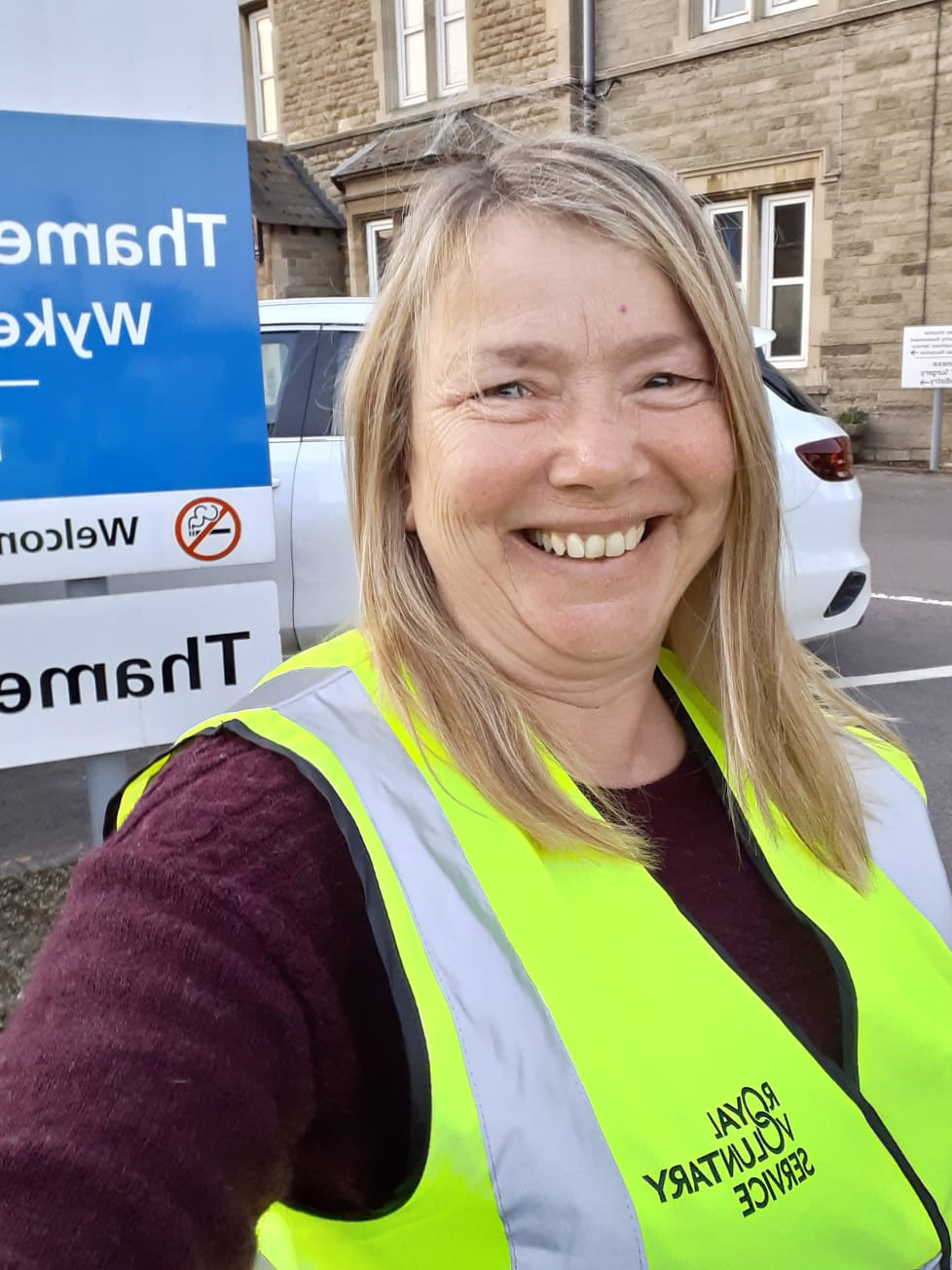 Married couple Anne and Michael Camden, 54, and 49, respectively, volunteer at Thame, Oxon. She says: It’s a fabulous feeling being part of a brilliant effort.”

Debbie Flint, 58, helped at the Epsom racecourse centre and says: “Being a Jabs Army volunteer is a badge of honour I’m proud to wear.” 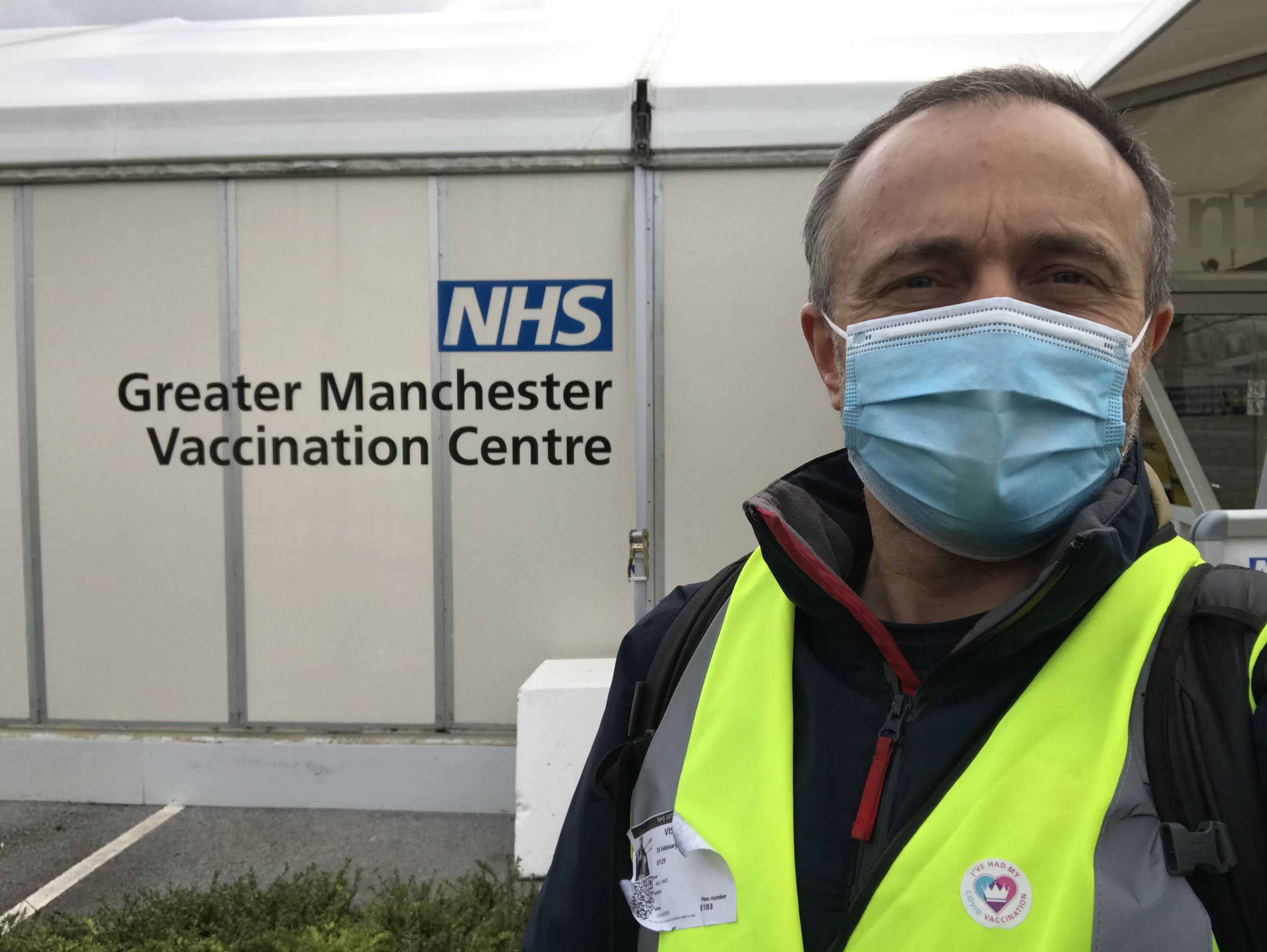 Paul Davis, 49, from Manchester says: “I wanted to help with the national effort to lift this dark cloud.” 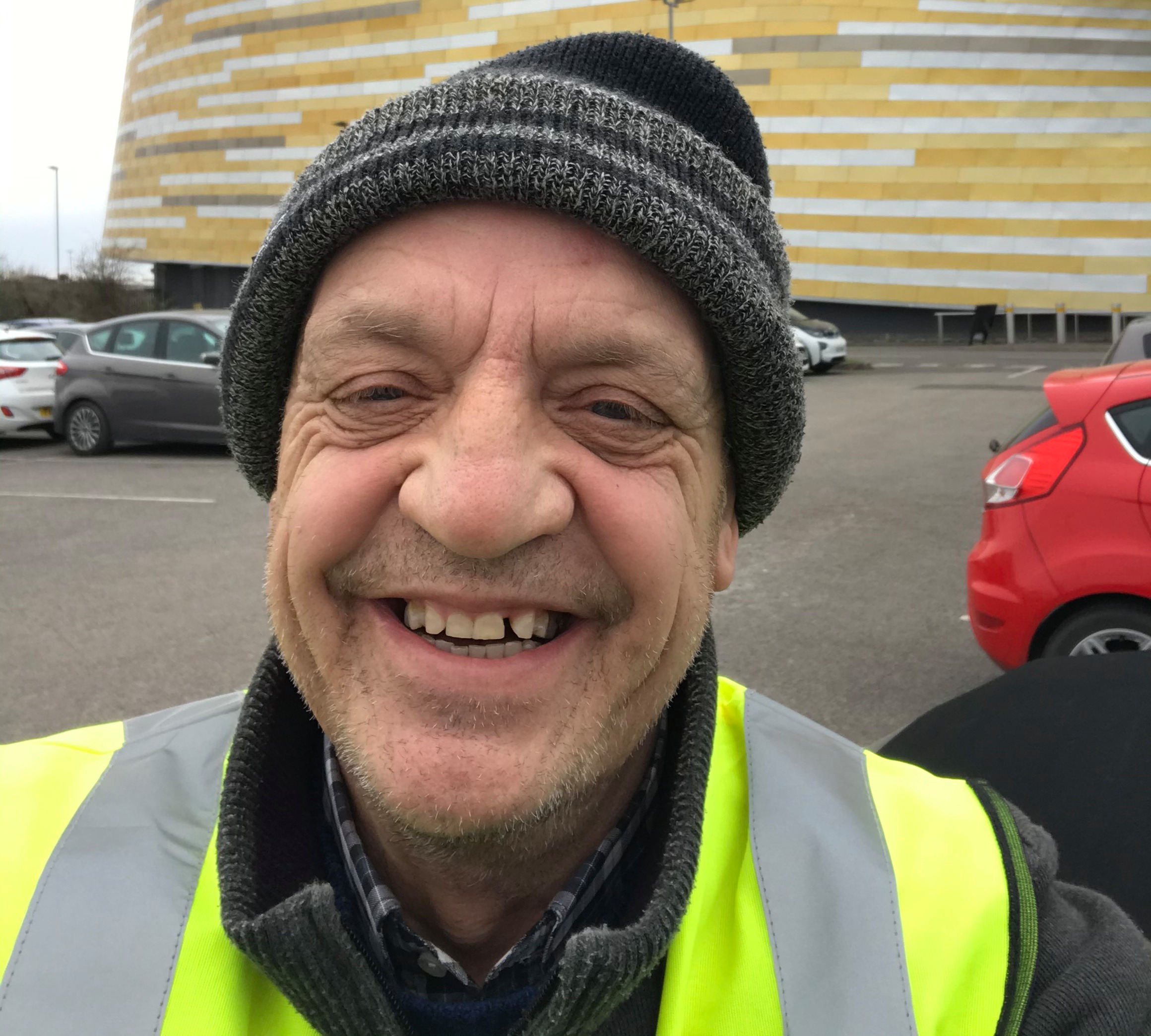 Stephen Kirk, 62, from Derby, is ‘so proud’ to volunteer

Stephen Kirk, 62, volunteers at Derby’s velodrome and says: “Being here has made me so proud to be part of the amazing effort to help the NHS.”

BEING in the Jabs Army is a family affair for volunteer ­Debbie Flint, who appears in tonight’s ad on ITV.

She was chosen for the commercial after sending in a selfie of her weekly Tuesday night stint at Epsom Racecourse in Surrey, where she cleans 300 chairs in a four-hour shift. 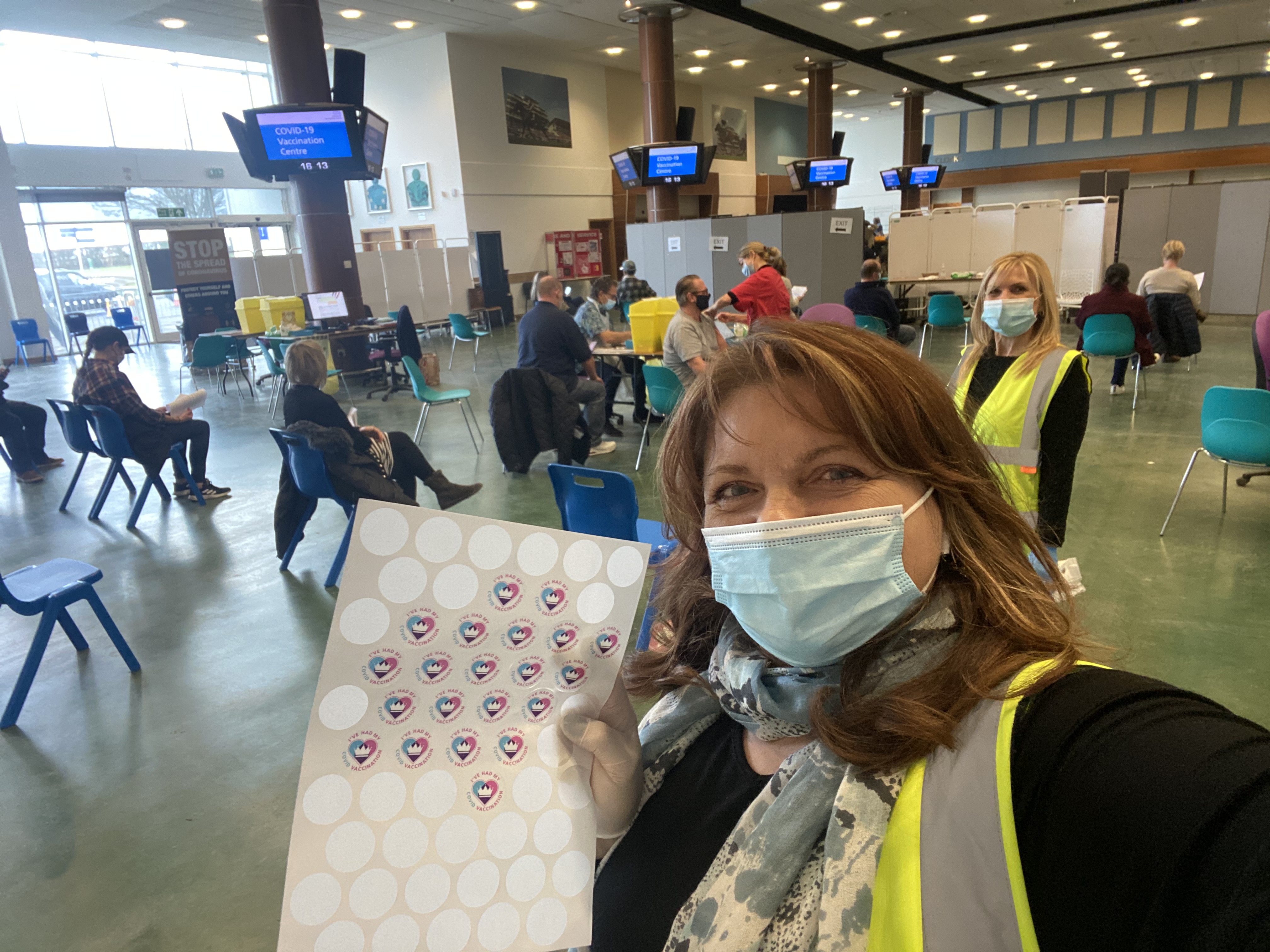 Sun reader Debbie started volunteering in a GP-run vaccination hub in the grandstand after a panic call from her sister Linda Bignall, 56.

Debbie, 58, who is a presenter on the QVC shopping channel, says: “Linda is the one who should be praised. 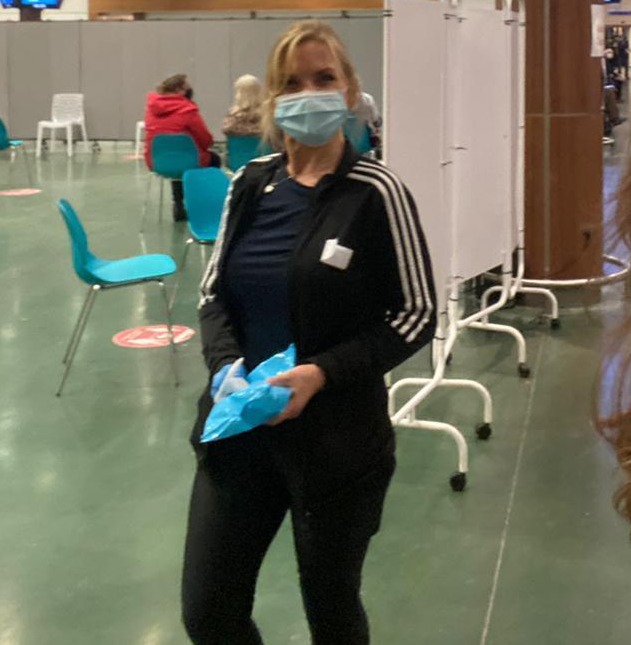 “She’s been furloughed from her job as a spa manager and jumped at the chance to join the Jabs Army.

“Linda volunteered and the following week she called me and said: ‘I went along and I just felt really useful. It was such a lovely atmosphere and it was very satisfying to help.’

“Early on, it was the very old people and some of them were sitting there in tears because they were so pleased to be there.

“As they were waiting in the line at reception, people’s excitement was tangible.”

When the centre, which vaccinates 700 people a day, needed more volunteers, Linda recruited her brother Glenn, 46, and sister-in-law Bojana who both work from home. 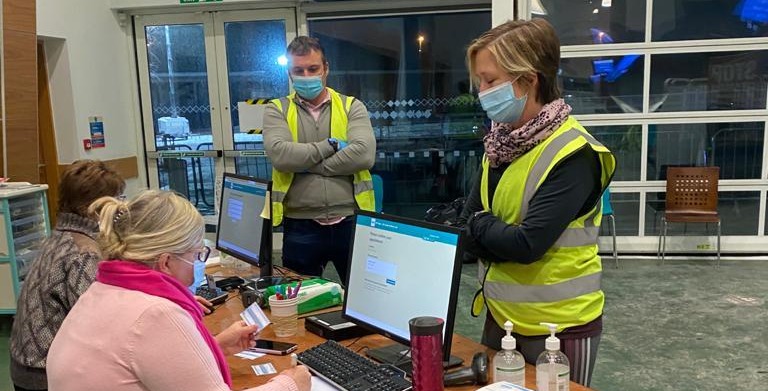 THE pace and scale of our vaccination campaign continues to be an inspiration to us all.

We are on course to offer a first dose to everyone aged 50 and over and our high-risk groups by mid-April, with all adults jabbed by the end of July. This month, we will continue to vaccinate those most at risk and around 12 million people will receive their second doses as well.

This success would not have been possible without the immense efforts of volunteers, including everyone who signed up to the The Sun’s Jabs Army, along with the vital roles of GPs, pharmacies, NHS staff and local authorities.

On behalf of the public – 30 million of whom have now received their first vaccine – I want to say thank you to the Jabs Army for all you have done.

It is so important Sun readers and the public come forward for a vaccine as soon as they are eligible, and get the all-important second jab.

When you get the call, get the jab, because the more people who are vaccinated the safer we will all be.

Then Debbie’s nieces Becky Kempton, 32, and Steph Harris, 28, joined the volunteer army, too.

Debbie, from Banstead, Surrey, says: “We’re Team Linda now and we love being part of the Jabs Army as a family.

“Being a volunteer has become a badge of honour.

“Had it not been for my sister, I might not have got round to doing it. But I really enjoyed sorting the chairs and making sure everyone is talked to and made to feel welcome. 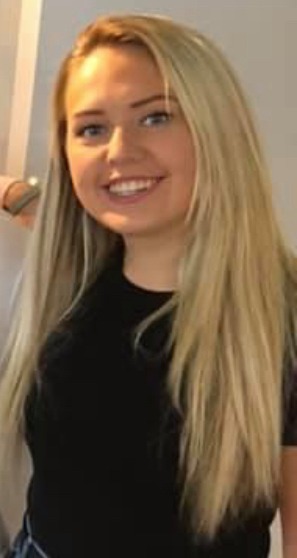 “You get thanked big time for being there.

“Linda will be going back to work soon but we’re going to continue volunteering.

THE NHS Vaccination programme is the biggest in health service history and the fastest in Europe.

But we could not have done it alone. Volunteers from The Sun’s Jabs Army have played a vital role.

I recently got to experience this first-hand when I received my life-saving jab at Westminster Abbey, just one of 1,600 vaccination sites across the country.

The volunteers who greeted me were friendly and efficient, while the jab itself was quick, painless and safe.

Sometimes the worst of circumstances bring out the best in people and this is certainly true with the tens of thousands of volunteers who have stepped up to do their bit.

So on behalf of everyone in the NHS, I would like to say a heartfelt thank you to all the Jabs Army volunteers and The Sun for this fantastic campaign which has been at the heart of the greatest national mobilisation since the Second World War.