BLOOD clots have been reported in people who have received both the AstraZeneca and Janssen Covid vaccines.

The handful of cases among millions of people who have had the jab makes the risk extremely small – smaller than the benefits of the jab, experts say. 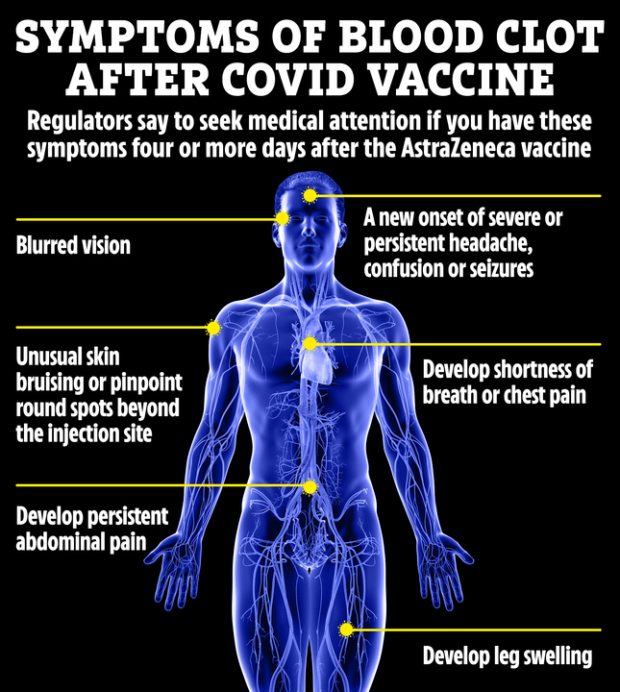 Symptoms of blood clots that regulators have warned to watch out for after having the AstraZeneca jab. There is no sign at this stage that the symptoms are different in relation to the Janssen jab

But because blood clots can be fatal, it’s worth knowing the symptoms just in case. At least 19 people have died of the serious side effect.

Blood clots can cause blockages, and therefore reduce blood flow, in the legs, arms, stomach, lungs and brain.

They can occur for a number of other reasons, with risk factors including smoking, obesity, and sitting still for hours on end.

But in the case of people who have received vaccines, experts are investigating blood clots that are unusual for two reasons.

Firstly, the clots under the microscope are naturally very rare, called CVST. It stops blood draining from the brain properly.

Secondly, the clots have occurred with low platelet counts, which usually causes excessive bleeding, not clotting.

Regulators in the UK and EU said there is a “plausible link” between the AstraZeneca jab and blood clots at the start of April after a thorough investigation.

There are some indications younger people and women are at higher risk, and so many countries have restricted its use to only older people, although this was not deemed necessary by EU regulators.

The Oxford-created vaccine has been given to millions in the UK and elsewhere in Europe, making the 100 or so cases very rare. It has not been approved in the US.

Meanwhile, an investigation into the jab from Janssen, whose parent company is Johnson & Johnson (J&J), started last Friday. 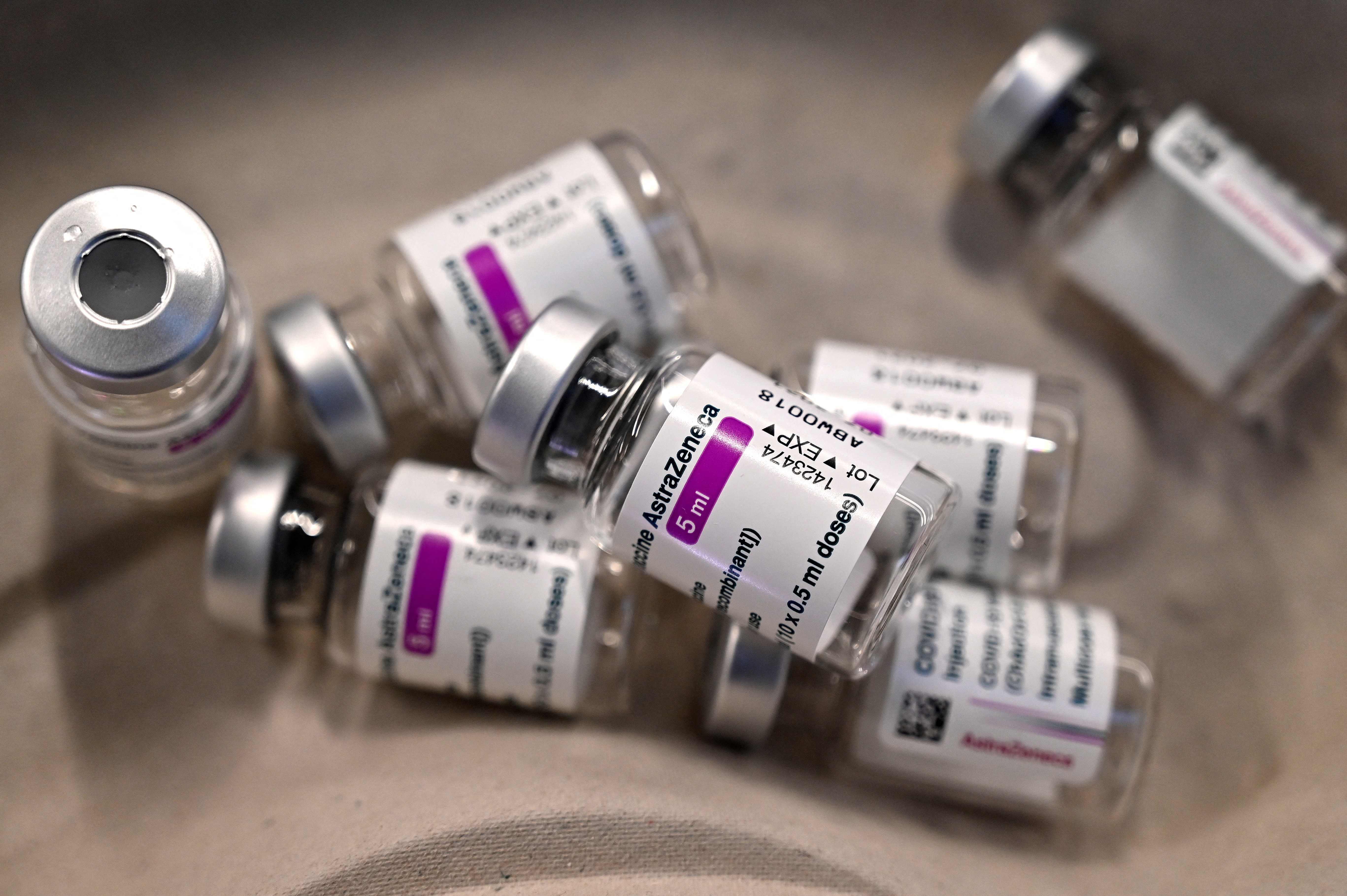 The AstraZeneca jab has been restricted to only older people in many countriesCredit: AFP 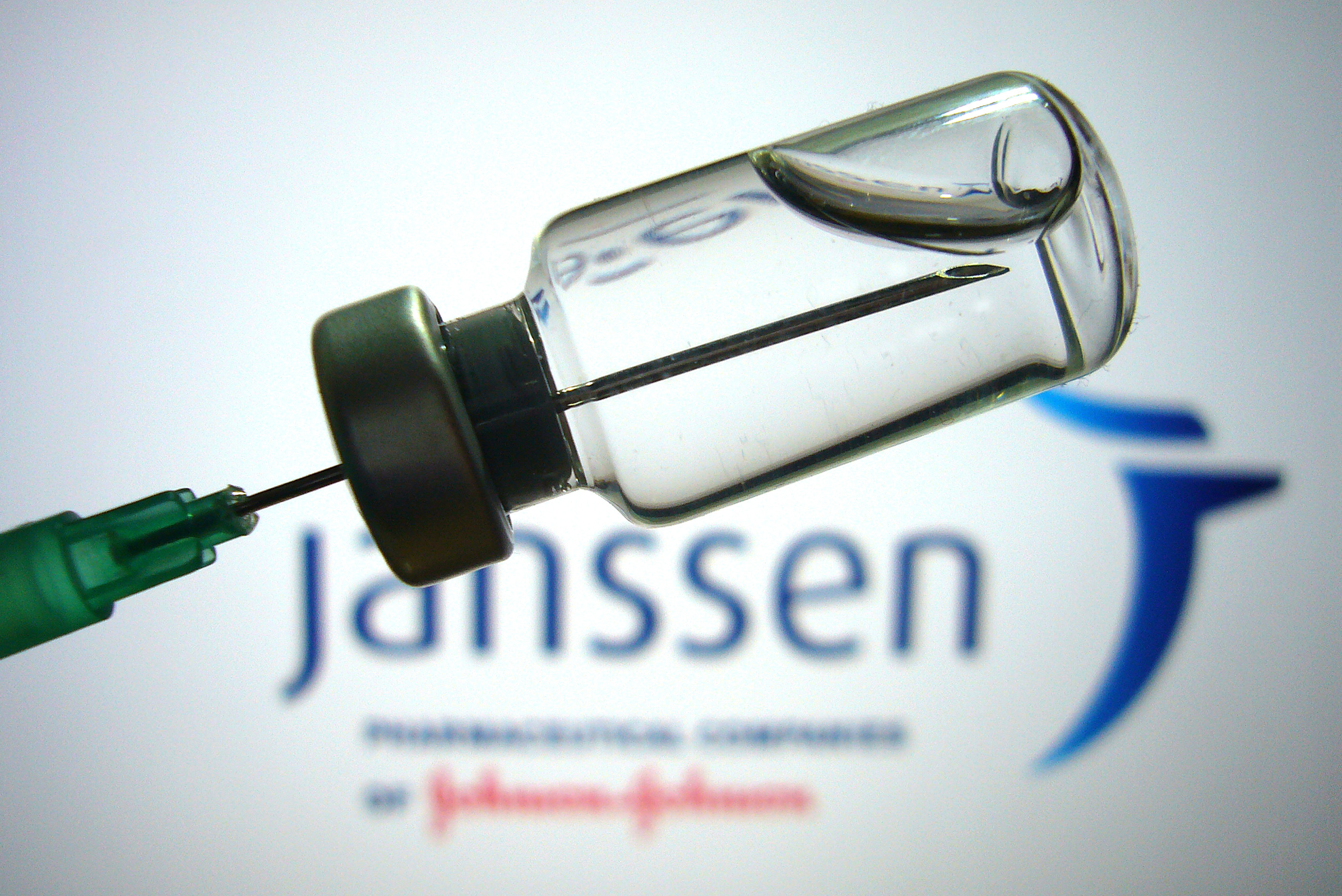 The rollout of the Janssen vaccine has come to a halt in the USCredit: Avalon.red

The US is proposing a “pause” in administering the jab while the EU and UK watch and wait.

The J&J vaccine is yet to be approved in the UK, although 30 million doses are on pre-order, while the firm said it would be halting delivery to Europe.

Again, the cases discovered appear to be in young women. Which means it could be yet anothr jab refused for youngsters.

Officials said they were investigating clots in six women aged 18-48 that occurred six to 13 days after vaccination.

But it’s out of 6.8 million doses of the J&J vaccine administered in the US, the vast majority of which left patients with zero or mild side effects.

They use a cold virus, called an adenovirus, to carry the coronavirus’ spike gene into the body.

J&J uses a human adenovirus to create its vaccine, while AstraZeneca uses a chimpanzee version. 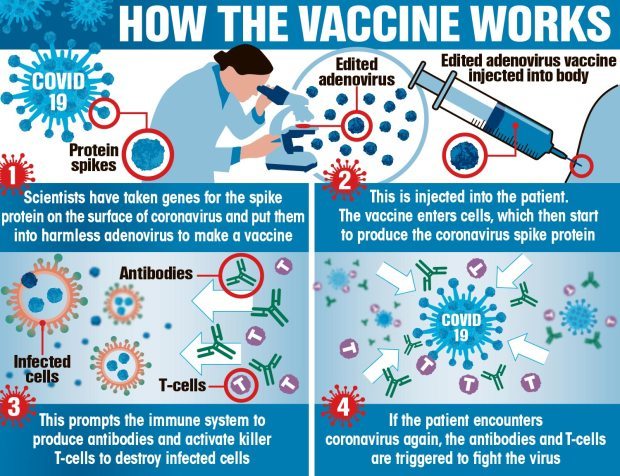 How vaccines from J&J and AstraZeneca work

By comparison, jabs from Moderna and Pfizer, called “mRNA vaccines”, insert a piece of genetic code into the body, which causes cells to produce the spike protein.

Prof Adam Finn, Joint Committee on Vaccination and Immunisation (JCVI) member, which advises British government ministers on how to use vaccines, said it was possible the way the J&J and AstraZeneca vaccines were made may have contributed to the unusual clotting disorders in a very small proportion of people.

“This may help give us a clue towards understanding the mechanism or a way to prevent this problem from occurring,” Prof Finn said.

“Investigation of this phenomenon is now an extremely urgent international priority.”

Professor Anthony Harnden, deputy chairman of the JCVI, told BBC Radio 4’s World At One: “The J&J vaccine of course is the same platform vaccine as the AstraZeneca, it’s an adenoviral vector platform vaccine, so I think this news is important and I think clearly they are experiencing (blood clot) cases in the United States and have paused that vaccine programme.

“We need to look at this data very carefully.”

The UK’s medicine regulator, the MHRA, says you should seek medical advice if you have had any of these symptoms four days or more after vaccination with the AstraZeneca vaccine:

There is no suggestion at the moment that the blood clots related to the Janssen vaccine have different symptoms.

It’s also worth looking out for these signs after having a Pfizer or Moderna shot, which have both been approved for use in the states and the UK.

But regulators have not raised any red flags about these doses.