CORONAVIRUS cases are still rising in six areas in England and this interactive map reveals if yours is on the list.

Data from Public Health England (PHE) states that 97 per cent of local authorities have seen a fall in cases.

The fall in cases in 306 areas in England comes as kids have this week gone back to school.

While the children of key workers have still been able to attend, the majority of kids have been home learning for months due to the third national coronavirus lockdown.

Prime Minister Boris Johnson said “schools are safe” but last night admitted that cases will rise as kids flock back to the classroom.

Speaking at a Downing Street press conference yesterday he said the national effort keeping kids at home had helped Britain get Covid under control, but cautioned reopening schools “will of course have an impact on the spread of the virus”.

The PM warned: “We do accept of course there will be a risk of increased transmission, that’s inevitable.

The latest data from PHE suggests that Brits have been following the rules as on Friday – there were 13 areas where cases were still rising and data up to March 4 states there are now just six. 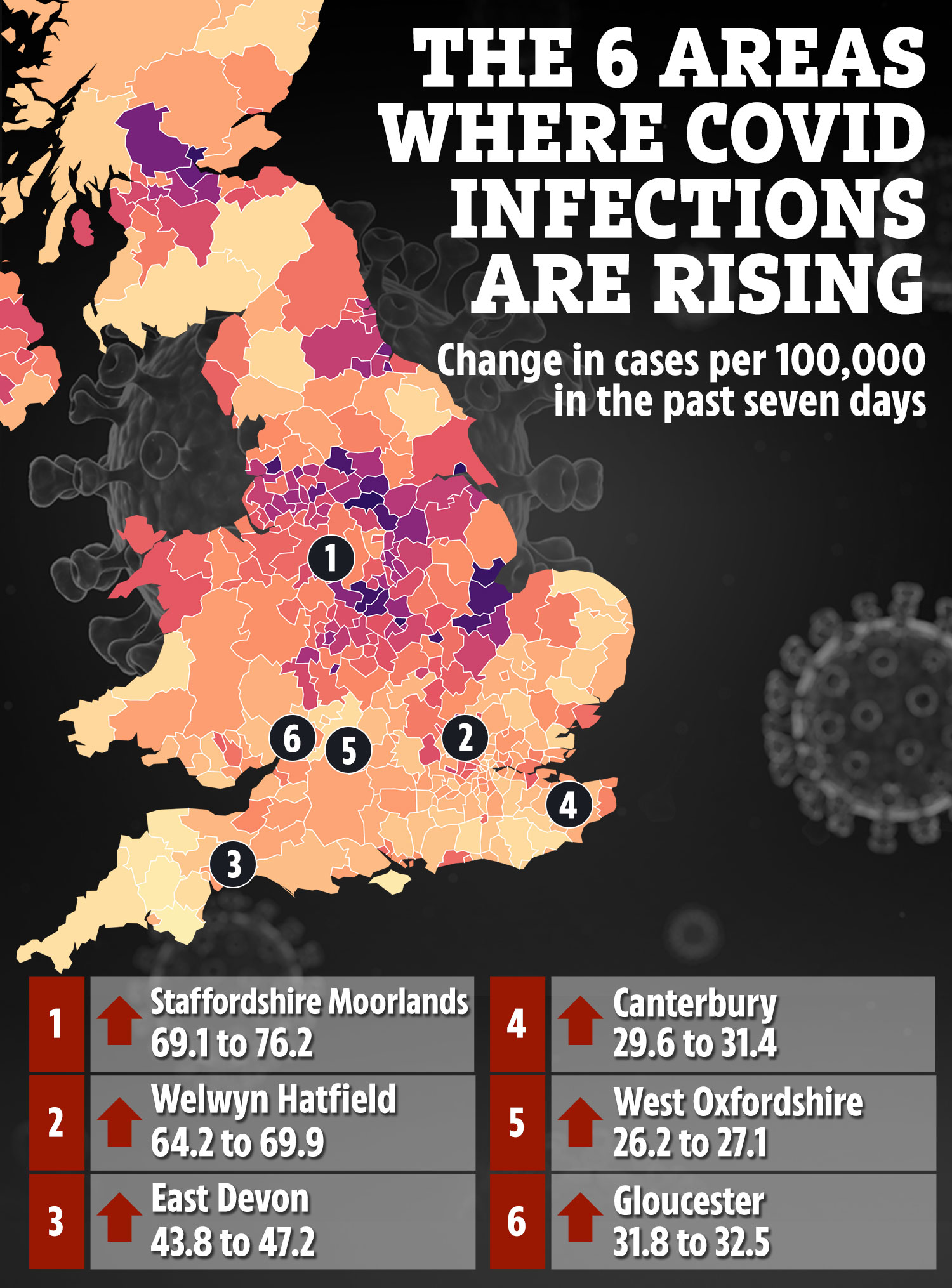 Health officials in the area have warned residents to remain cautious as kids head back to school.

He warned that “normality would be short lived” if people didn’t stick to the lockdown rules that are still in place.

Dr McMahon said: “We can’t be tempted to think as more freedoms are made available that the risk to our health and livelihoods is not significant. This is not the case – the risk remains very high.

“Staffordshire is still in national lockdown and people should stay at home unless they have a permitted reason.” 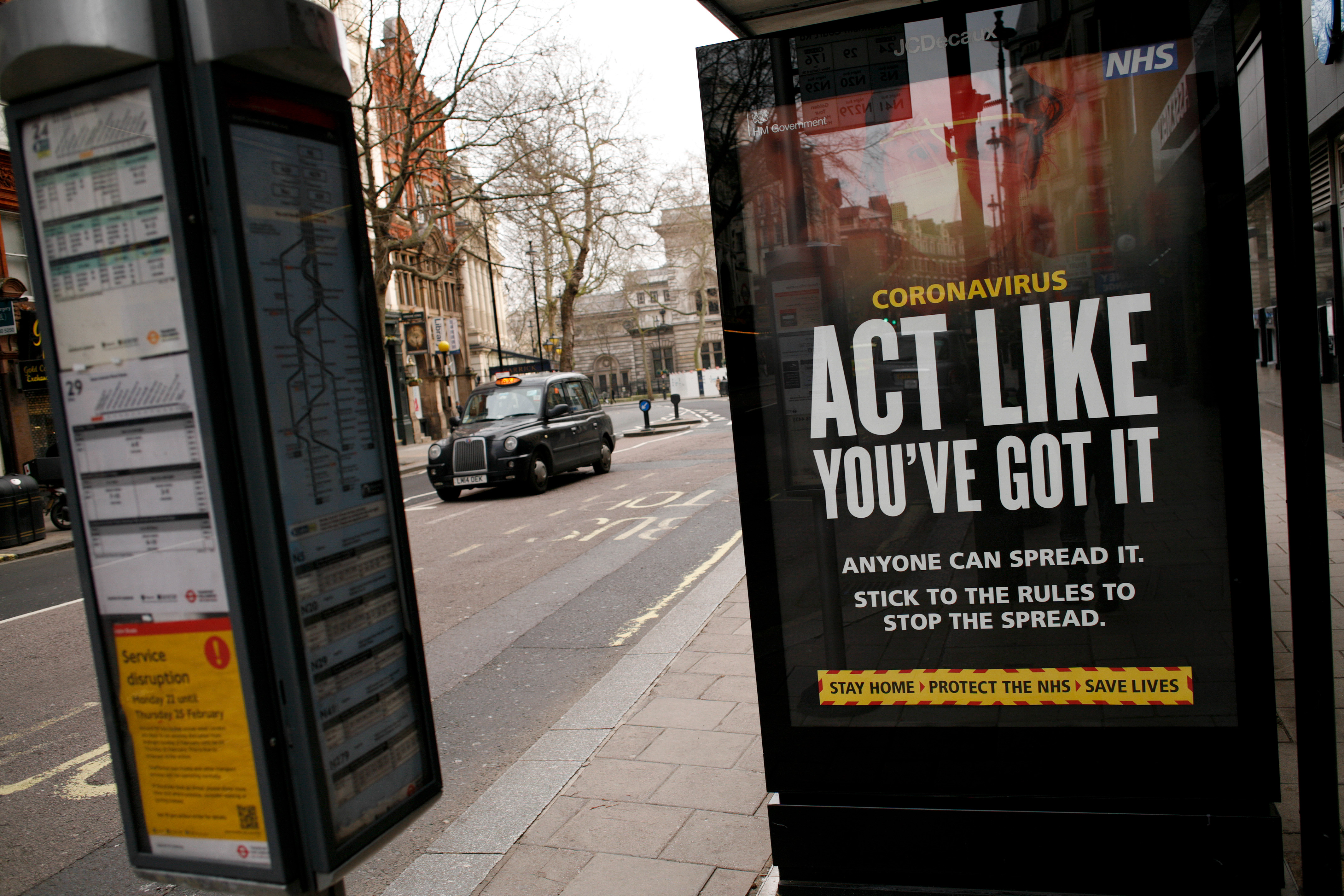 Brits have been urged to continue to follow the lockdown rulesCredit: PA:Press Association

Welwyn Hatfield in Hertfordshire has also witnessed a rise in cases from 64.2 to 69.9.

The area recorded its first Covid-19 cases on March 6 last year and since then the area has seen nearly 8,000 cases.

Another area that has also seen a rise in cases is East Devon.

The experts claim that the rise is down to an outbreak in a care home in the Sidbury area.

Public Health Devon said there was no evidence of wider community spread.

Despite the rise in cases, infection rates in the area remain very low.

Infection rates below 50 mean that less than one in 2000 people tested positive for the virus in the area.

Another area that has seen a slight increase is West Oxfordshire, where cases have gone from 26.2 to 27.1.

Local media reported that yesterday there were just three new cases in the area and that on a county-wide basis – there were no new deaths.

While the six areas above have seen a slight increase in cases, some of the most infected parts of the country have witnessed a fall in rates.

South Derbyshire has the highest rate in England, with 161 new cases recorded in the seven days to March 4 – the equivalent of 150.1 cases per 100,000 people.

As infections fall death rates across the UK have also plummeted and it was yesterday revealed that deaths are at their lowest level since October, with 65 fatalities.

There were an additional 4,712 cases recorded in the past 24 hours, the lowest daily increase since September 25.

Coronavirus deaths haven’t been this low in the UK for five months.

Daily Covid deaths have now dropped below 100 for the first time since October 19.