CASES of Covid-19 are still rising in 27 areas across England and this interactive map reveals the infection rates in your local area.

Official data from Public Health England (PHE) shows that cases have fallen in 287 areas (91 per cent) – as the third national lockdown starts to curb the spread of the virus.

There is just one area where cases have remained the same over the last seven days and that is North West Leicestershire, which has 367.7 cases per 100,000.

The data accounts for the seven days up to January 21 and shows that just nine per cent of areas have seen a rise in cases.

Health Secretary Matt Hancock yesterday said that there was a “glimmer of hope” that the current lockdown is working.

Speaking at a Downing Street press conference he said: “There are early signs the actions we are taking are working.

“The rise in the number of cases is slowing and falling in some parts of the country like London and Scotland.”

But he warned that there are still an average of 37,899 cases every day in Britain meaning people can’t let up on following the rules.

While cases are declining in some areas – there are 27 areas that have seen an increase in infections in the seven days to January 21. 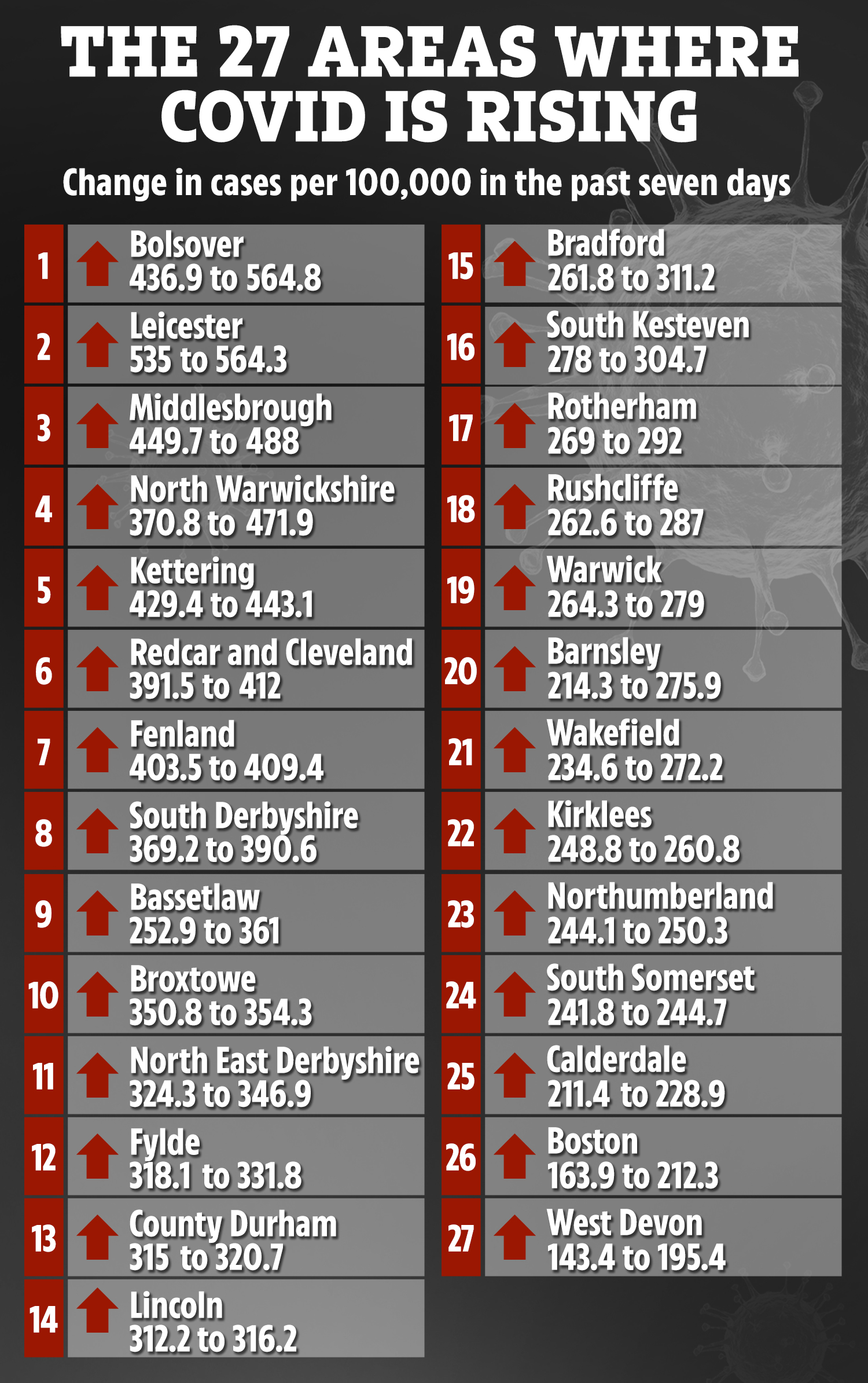 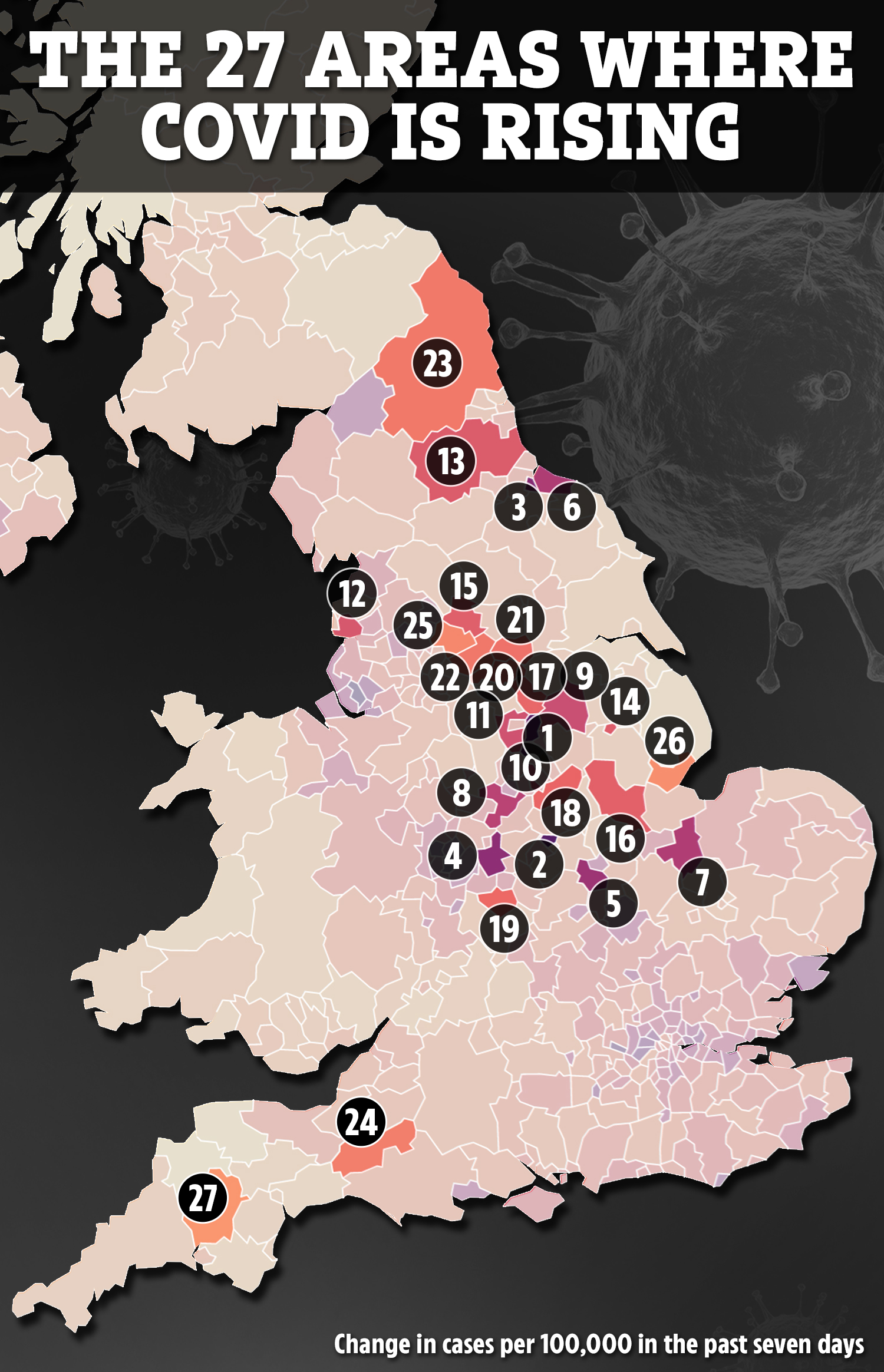 Areas such as Bolsover, Leicester, Middlesbrough, North Warwickshire and Kettering have all seen an increase in cases.

Local leaders are concerned residents aren’t following the ‘stay at home’ guidelines and said large numbers of people had been visiting local beauty spots with a “disregard for the guidance on travel restrictions.”

While cases of the virus have increased in the 27 areas mentioned above, Knowsley in Merseyside continues to have the highest rate in England, with 1,358 new cases recorded in the seven days to January 21, the equivalent of 900.2 cases per 100,000 people.

It was today reported that the UK’s coronavirus death toll has topped 100,000 after a surge in cases as the mutant strain spreads.

New data shows there have been 103,704 fatalities in England and Wales since the pandemic began linked to the virus.

The ONS today reports a total of 7,245 new deaths for the week ending January 15 mentioned Covid-19 on the death certificate.

This is a jump from 6,057 deaths the week before, and is the highest weekly figure since the week ending April 24.

More than a third of all deaths registered in England and Wales in the second week of January mentioned Covid-19 on the death certificate – the highest proportion recorded since the pandemic began.

The number of deaths registered in that week was 30.5 per cent above the five-year average (4,220 deaths higher).

The UK has one of the highest death tolls in the world, and has seen the most Covid fatalities in Europe.