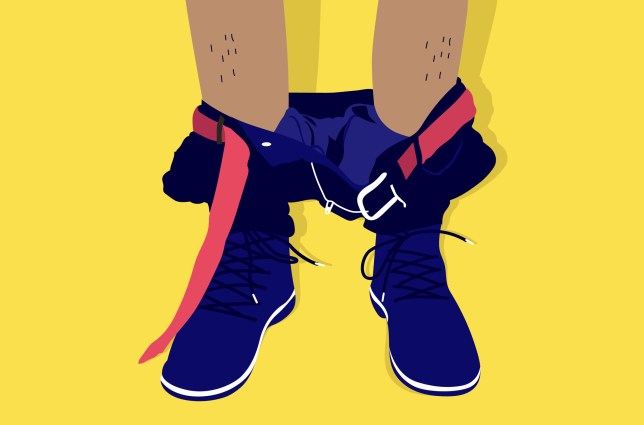 Testicular cancer is most common in men in their 20s and 30s (Picture: Getty Images/iStockphoto)

‘I found a lump but I didn’t feel any pain or discomfort so I left it a week and noticed it was getting harder and bigger,’ says Phil Morris, the founder of Testicular Cancer UK.

Now 48, he was 29 when he first found a lump in his testicle when having a shower.

Phil, from Liverpool, had just finished his career in the army. He went to a GP who misdiagnosed the lump as an infection, but the lump continued to grow.

‘A couple of weeks later it was still getting bigger so this time he sent me to have an ultrasound,’ says Phil. ‘The person doing the scan said, “Can I be blunt with you? You’ve got cancer.” It was like a punch in the face.’

Phil looked for information about testicular cancer on the internet but, in 2003, there wasn’t much available. That has since changed.

Indeed, April is Testicular Cancer Awareness month, and even burger chain Byron are raising awareness by serving burgers wrapped in a guide on how to perform a testicular self-examination.

Back then, Phil struggled with the lack of support and isolated. He says: ‘I had no one to talk to. I was acting brave in front of my friends and family but waiting for the operation was very difficult.’ 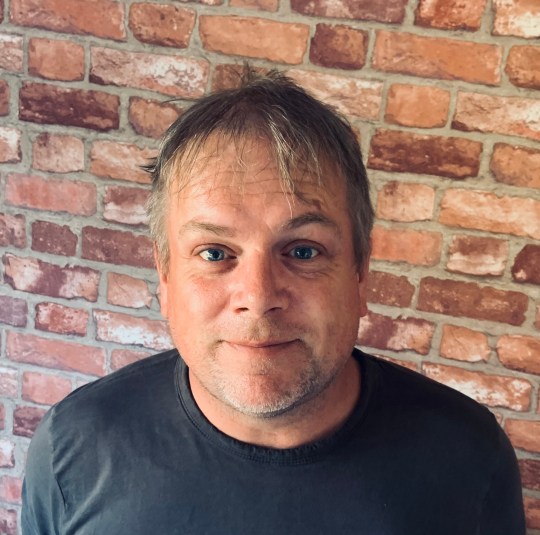 Phil was diagnosed with the more aggressive form of testicular cancer most commonly found in men under 30 and was given three rounds of chemotherapy.

‘I lost my hair, I lost weight, I couldn’t breathe, I needed to rest after just going up the stairs. And I was left with no support between each round of chemo and each decision that was made about my future. As a man you’re just expected to get on with it.’

Phil, a keen drummer, was supposed to attend a drum clinic run by his hero, Steve White. Phil explained he had missed the clinic as he’d been diagnosed with testicular cancer the same day.

Near the end of Phil’s chemotherapy, White invited him to attend a Paul Weller gig. ‘He asked me how I was,’ says Phil. ‘I said I was struggling emotionally as there was no one to talk to. He said I should do something about it and set up an organisation and a website.’

White put Phil in touch with a web designer and from there Checkemlads was created. It was renamed Testicular Cancer UK in 2013 – when Phil was diagnosed with the illness for a second time.

Burger chain Byron have released a guide of what to look for (Picture: Byron)

The organisation, staffed by volunteers, aims to give sufferers emotional support. Phil has run it while working as a mechanic, a lorry driver and on a car assembly line.

‘We get sick of people saying, “This is the cancer you want,”’ says Phil, referring to its high cure rate.

‘You don’t get cancer, get cured and feel OK. You’ve got check-ups for ten years and blood tests. The doctors say, “Your scan is clear for now, we think it’s worked”, and the man goes straight back to work, often with very unsympathetic people.

‘A lot of these men are in their twenties, they don’t know if the treatment has left them infertile, or if the cancer is going to come back, and some are left with low testosterone, which leaves them with more health problems.’

‘It can also leave people with emotional problems as it’s been a massive shock and a lot of men who have had testicular cancer are quite young,’ says Phil.

Testicular cancer is most common in men in their twenties and thirties with the most aggressive form found most often in men under 30.

‘We’re there so people have someone to talk to. They’ve got to go back to work, to be a dad, while worrying the treatment hasn’t worked and feeling they have to keep it to themselves.

‘Men with cancer do get emotionally low and stressed out and then they’re told they’ve got to ‘man up.’ It’s hard work.’

Testicular Cancer facts: What to look for and how it can be treated

Robert Huddart, 58, Professor of Urological Cancer at the Institute
of Cancer Research.

What symptoms should people look out for?

A hard lump in the testes which isn’t necessarily painful – it’s often just a mild ache. The lumps start quite small but can grow to occupy most of the testes. Look out for changes in the size and shape of the testes and check them regularly.

Tumours can grow quickly and can spread, so the earlier you detect something and it’s confined to the testes the less treatment will be required. In a self-examination you feel the testes for any areas that are hard or irregular and look out for any changes.

What happens if you do find a lump?

You should see your GP who can then refer you to a specialist or for a scan. The majority of men present with the cancer not having spread.

If it’s neglected the tumour can spread quite quickly. If the cancer hasn’t spread then nearly everyone is cured. If the tumour is very advanced that falls to 50%.

What are the options for treatment?

The usual treatment is to remove the testicle. Then you assess what type of cancer it is, the extent of the cancer and the risks of it spreading.

If the cancer hasn’t spread you watch the patient to see if it comes back. Sometimes people are offered limited chemotherapy to reduce the risk of it coming back.

If the cancer has spread you’ll need three rounds of chemotherapy, it usually requires a hospital stay, it makes you feel sick and tired, you lose your hair and it can affect your fertility.

How many patients need chemotherapy?

Around 50%, which includes people who are having chemotherapy as a preventative treatment to stop them getting a relapse.

Around 80% of patients will have their testicle removed and then have regular scans and blood checks to see if the cancer is still present – that’s the most common treatment.

A proportion of those people will relapse and then need chemotherapy or more surgery. If it’s caught early it’s extremely curable which is why we’re keen to pick up cancers as early as possible.

Find out more at testicularcanceruk.com. Check out Byron’s campaign here.

“Get A Lawyer Now”: Woman Shares How Her Ex And His GF Are Treating Her Like A Surrogate And Scaring Her