TENNYS SANDGREN was disqualified from the ATP Challenger tournament after striking the ball at a line judge’s backside.

The 30-year-old, who was given his marching orders just two games into the competition, lashed out in anger after he was struck in the groin by a ball boy. 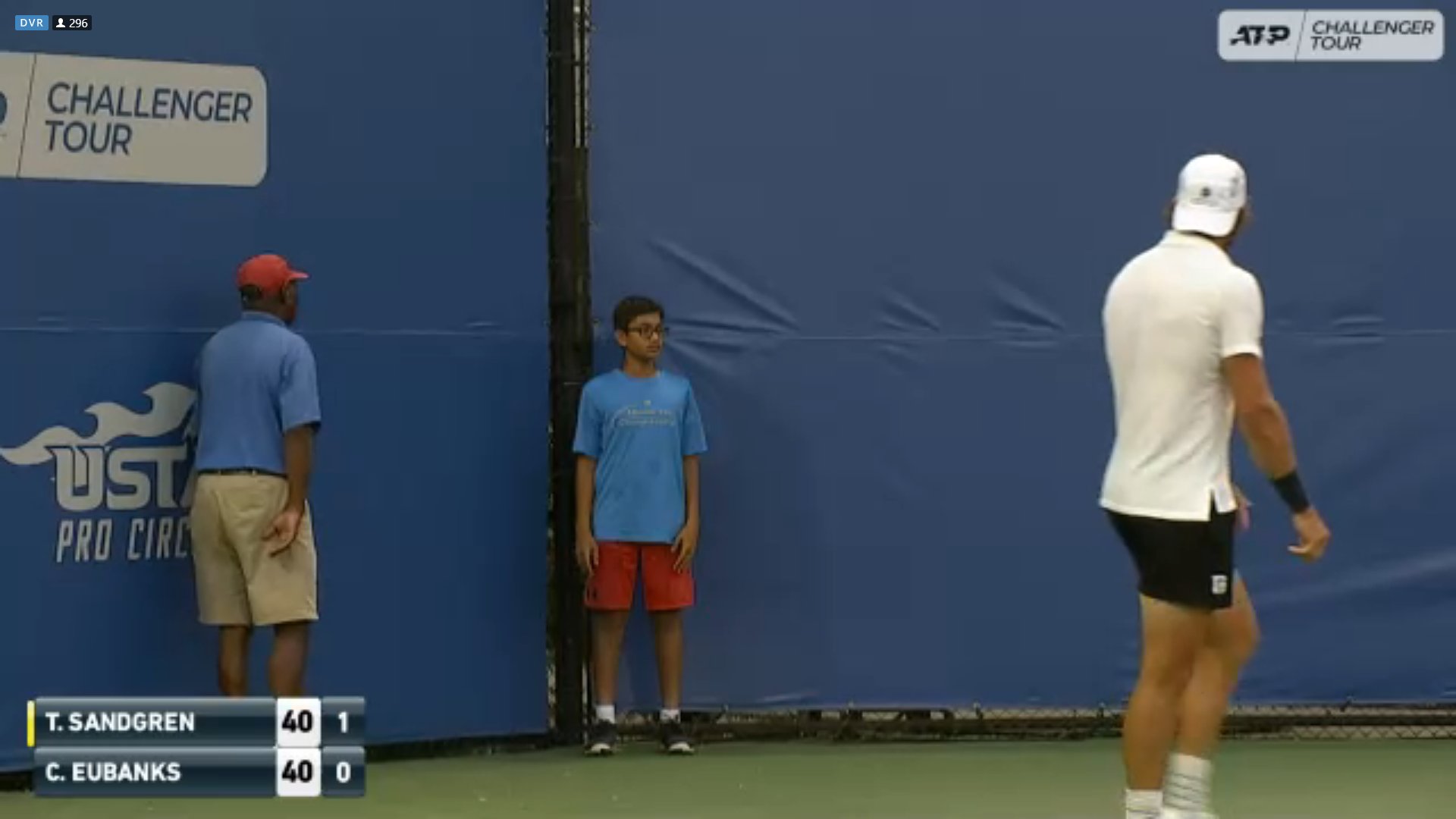 The bizarre incident happened just as Sandgren was about to serve against opponent Christopher Eubanks.

Despite the ball boy apologising, Sandgren, who was top seed at the event, angrily swatted the ball away.

But things got worse for the American, as the ball ricocheted off a fence to hit the judge’s bottom, earning him a default.

Although the event didn’t go to plan for Sandgren, the No.103-ranked tennis star tried to find humour in the situation when explaining how it went down.

But did take full responsibility for what happened on Twitter.

He said: “So tonight I got hit in the nuts by a ball kid toss with a little too much mustard.

“Slapped the wayward ball into the fence, which collided with a refs tushy as he was walking to the other side, resulting in a default. How’s your evening going?

“And just to be clear, this was all totally my fault.”

It’s been a rough year for Sandgren who was blasted for travelling to the Australian Open in January shortly after catching coronavirus.

But the American, who had the disease once before in November last year, hit back at critics because he was in good health at the time.

He said: “A lot [of] couch virologists out there. My two tests were less than 8 weeks apart.

“I was sick in November, totally healthy now. There’s not a single documented case where I would be contagious at this point. Totally recovered!”

Who are Insulate Britain and why have they blocked the M25?