TEEN Mom Kailyn Lowry purchased a plot of land to build her dream home after selling her Delaware mansion for $840k.

Back in December, the mom-of-four had talked about how her bank loans were delayed due to the ongoing coronavirus pandemic. 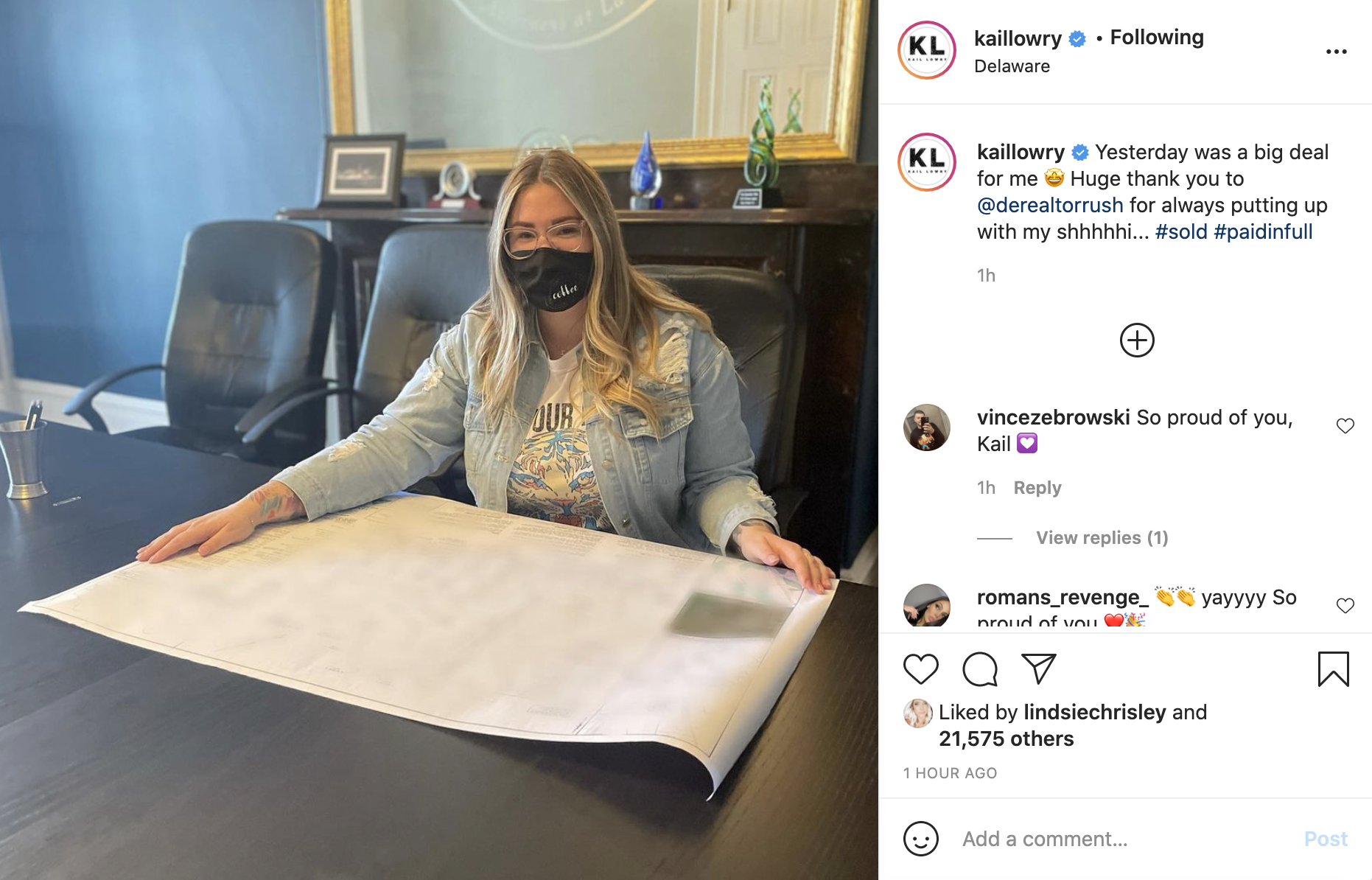 Kailyn Lowry revealed she purchased a piece of land and paid in fullCredit: Instagram/@kaillowry 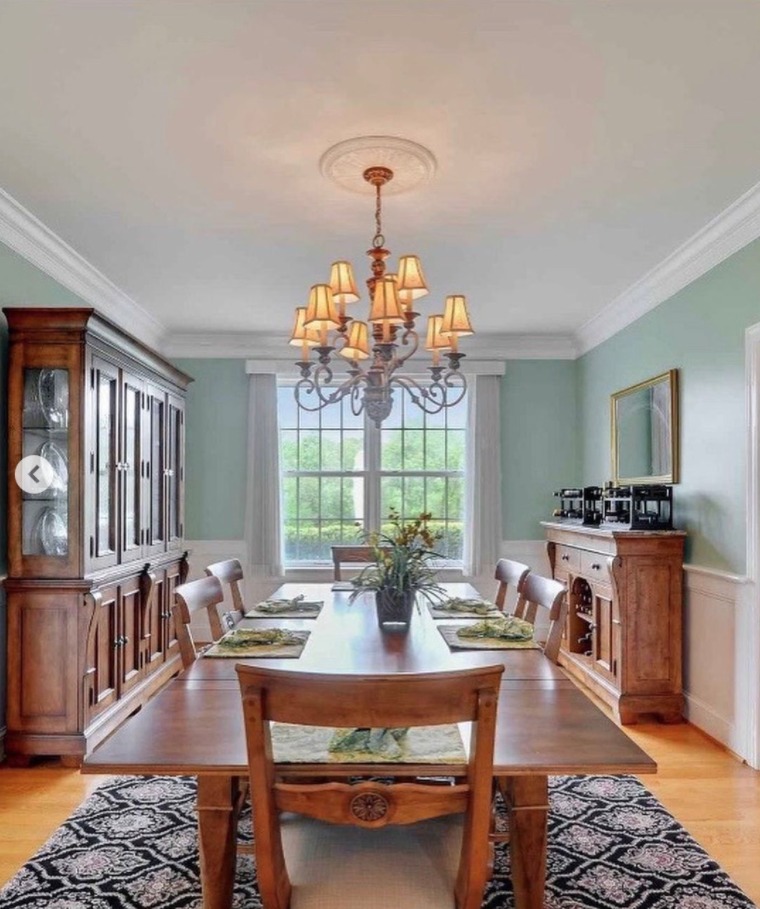 She also showed off the stunning dining roomCredit: Instagram

Kailyn, 29, shared a snap of herself at a table and holding home plans as she revealed she had finally purchased a plot of land.

Along with the Instagram picture, she wrote: “Yesterday was a big deal for me. 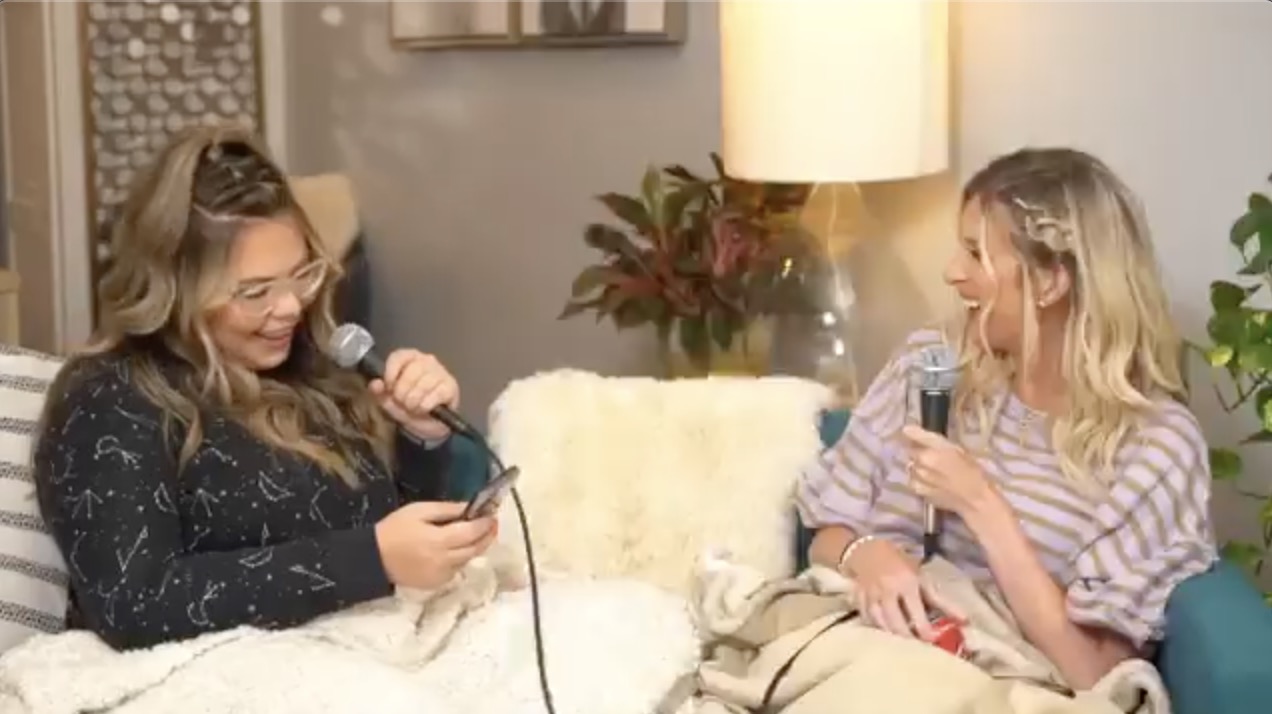 She had talked about her plans to purchase her own plot of land back in DecemberCredit: Instagram 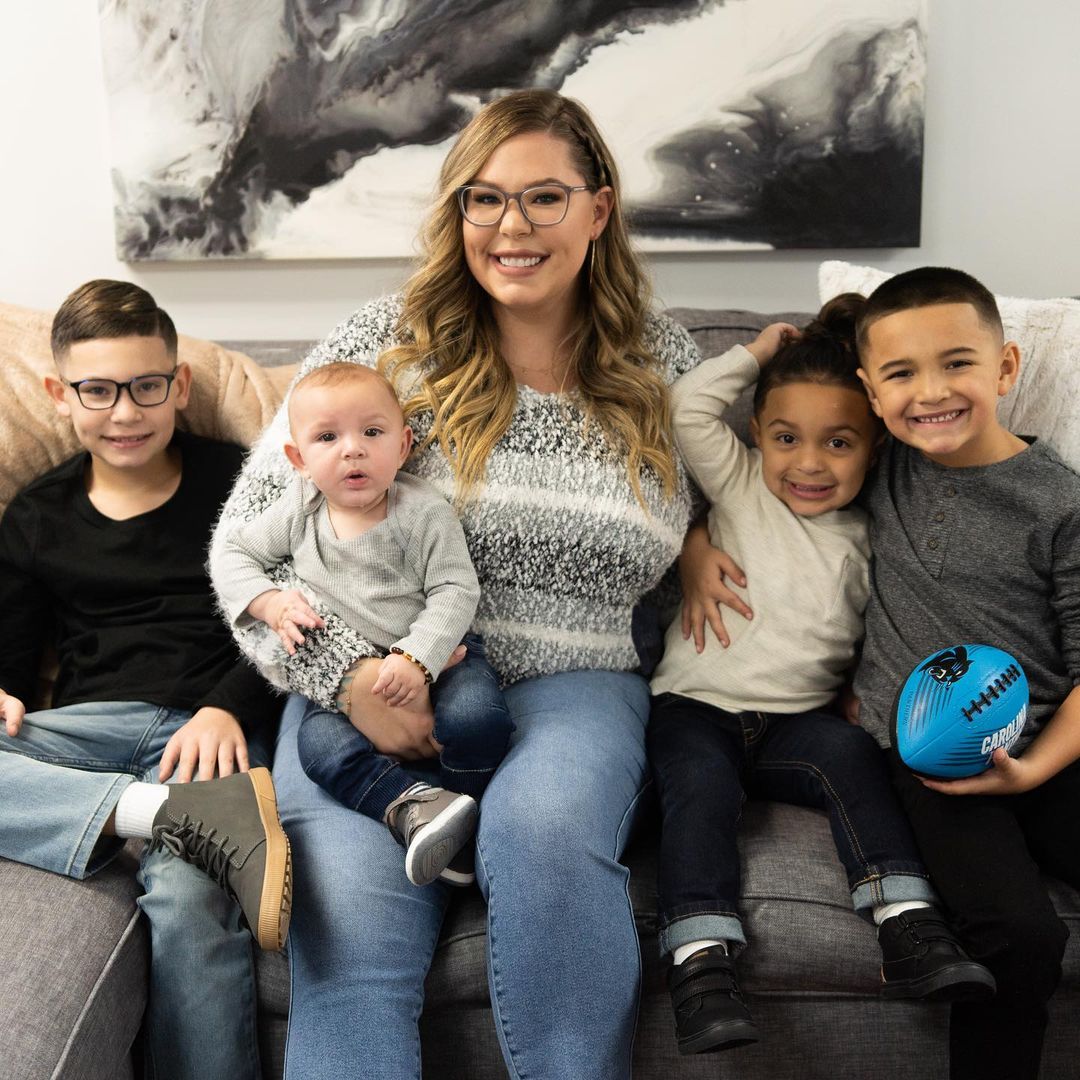 It seems that with this new purchase, Kailyn will be able to build her dream home like she had talked about during her Coffee Convos podcast with Lindsie Chrisley.

She told her pal: “I’m under contract for land, and we’ll go to settlement next month. I’m super super super excited about it.

“I don’t know exactly when we’re going to break ground, only because I guess because of Covid, there are some banks that are no longer doing construction loans.”

“That was news to me. I actually had a lender call me on Saturday,” Kailyn added. “He was like let me double-check some things Monday and Tuesday and he was like I’ll get back to you next week.

“He was like I think that we’re good,” she continued. “But a lot of banks aren’t doing it or they’re not doing certain price ranges for construction loans.

“A construction loan at any time is more risky than a traditional mortgage, and then on top of it with Covid and then people losing their jobs or taking pay cuts, I think they’re slowing down a little bit.

“I have a weird income with the reality TV and stuff. It’s just not traditional.

“So I’ll have the land either way. I’m not doing land in a development. There’s no builder tie-in. It’s just like land by itself. I’m hoping to break ground in early 2021. But we’ll see. I guess it just depends on the bank.”

Kailyn described the purchase as “obviously a huge milestone in my life.”

“I’ve been able to buy houses and sell houses- never thought I would be here,” she said. “It’s a big deal for me, but I also want to be sensitive to what other people are going through. But I definitely don’t mind waiting.

“So if that means I can’t build in in 2021, I have my land. I think I’m actually closing on my land the same day I close on the sale of my middle town house. 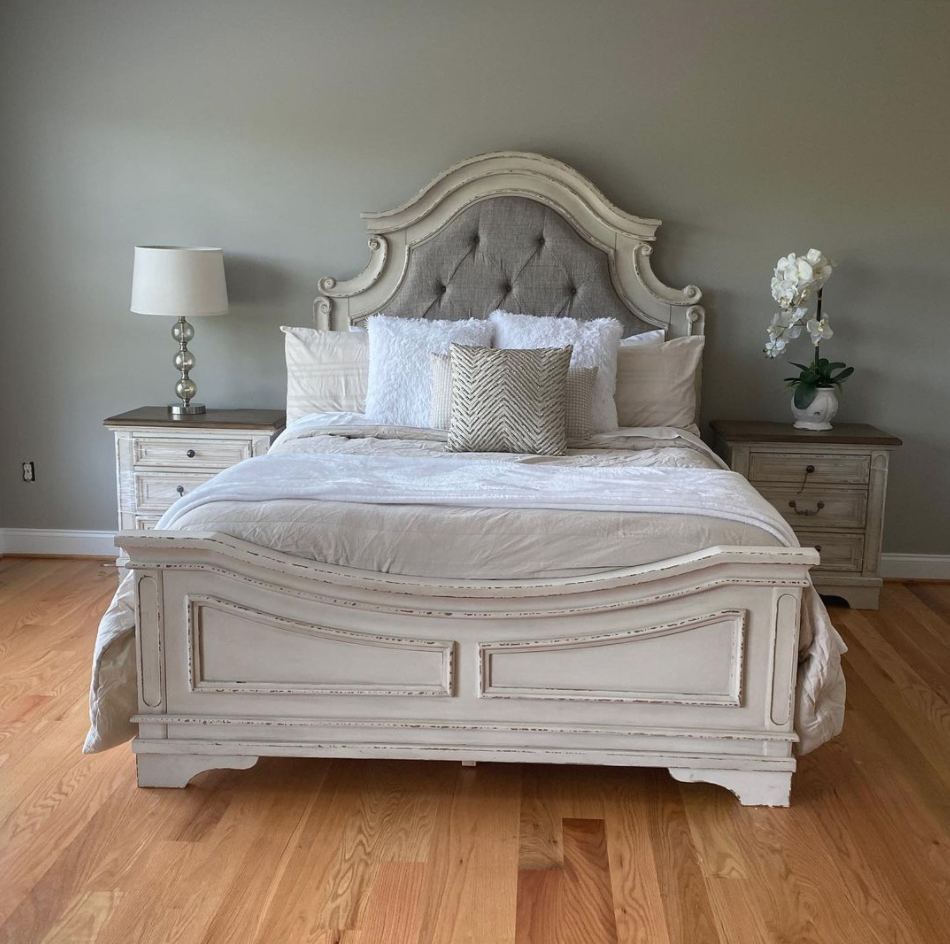 Kailyn claimed that her last home was the most importantCredit: Instagram 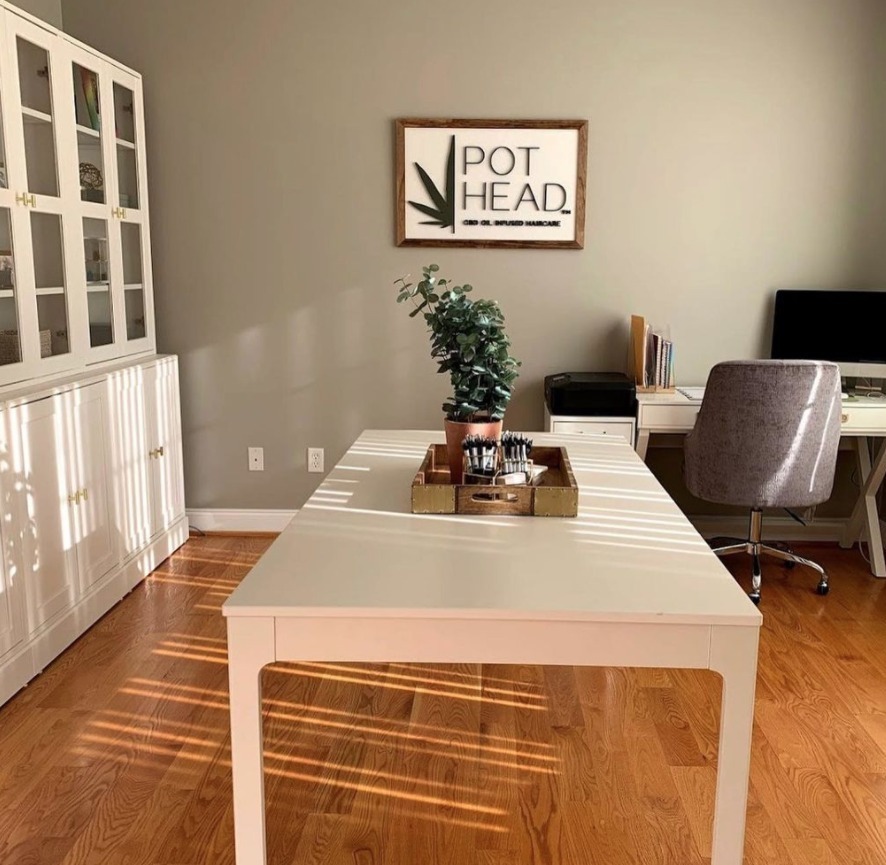 She had her own office in the homeCredit: Instagram

“Like closing one chapter, opening another chapter and if that means I can’t build for another year, that’s just another year of savings for me.

“So that’s okay, definitely still a step in the right direction. I hope everyone is able to recover from 2020 in 2021. It’s fine if I have to wait another year, but I am excited. I do feel like I’m allowed to be excited.”

Earlier this month, Kail also revealed that she had sold her Delaware home for $840,000.

Kailyn made the announcement with a black-and-white Instagram photo of her walking through the empty hallways of the house.

Emotional from having to say goodbye, the Teen Mom told Lindsie that she “sat in the parking lot and cried for an hour.” 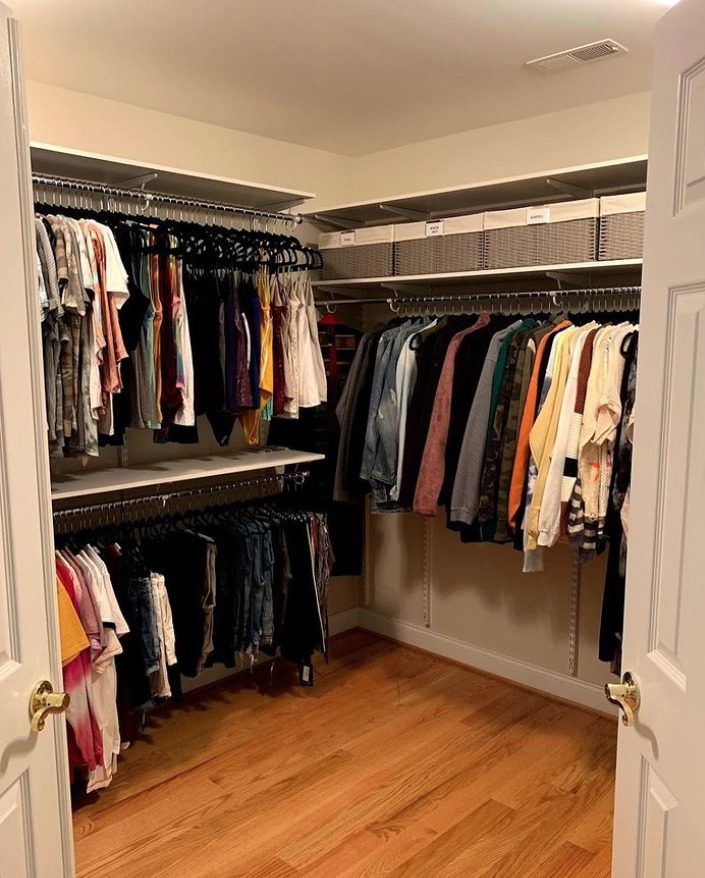 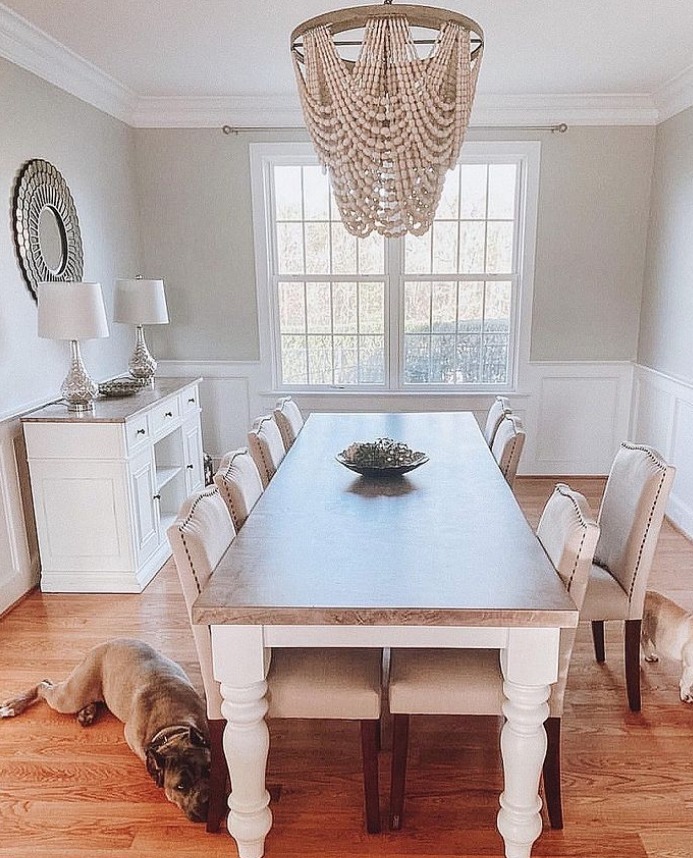 The home was big enough for her various dogs and her four sonsCredit: Instagram

To the rest of her followers, Kailyn explained why this is such a big deal for her and what it all represents.

The MTV star shared in the caption: “I sold a house today. It wasn’t my first house, it wasn’t my second house, but it was the most important house.

“I put building my dream home on hold when I bought this house and took a risk many wouldn’t understand.

“This house is the physical manifestation of both the lowest and highest points of my life – the best point being Creed’s birth.”

She continued: “I learned so much about myself and life in general through the extremes I experienced over the course of the year here. 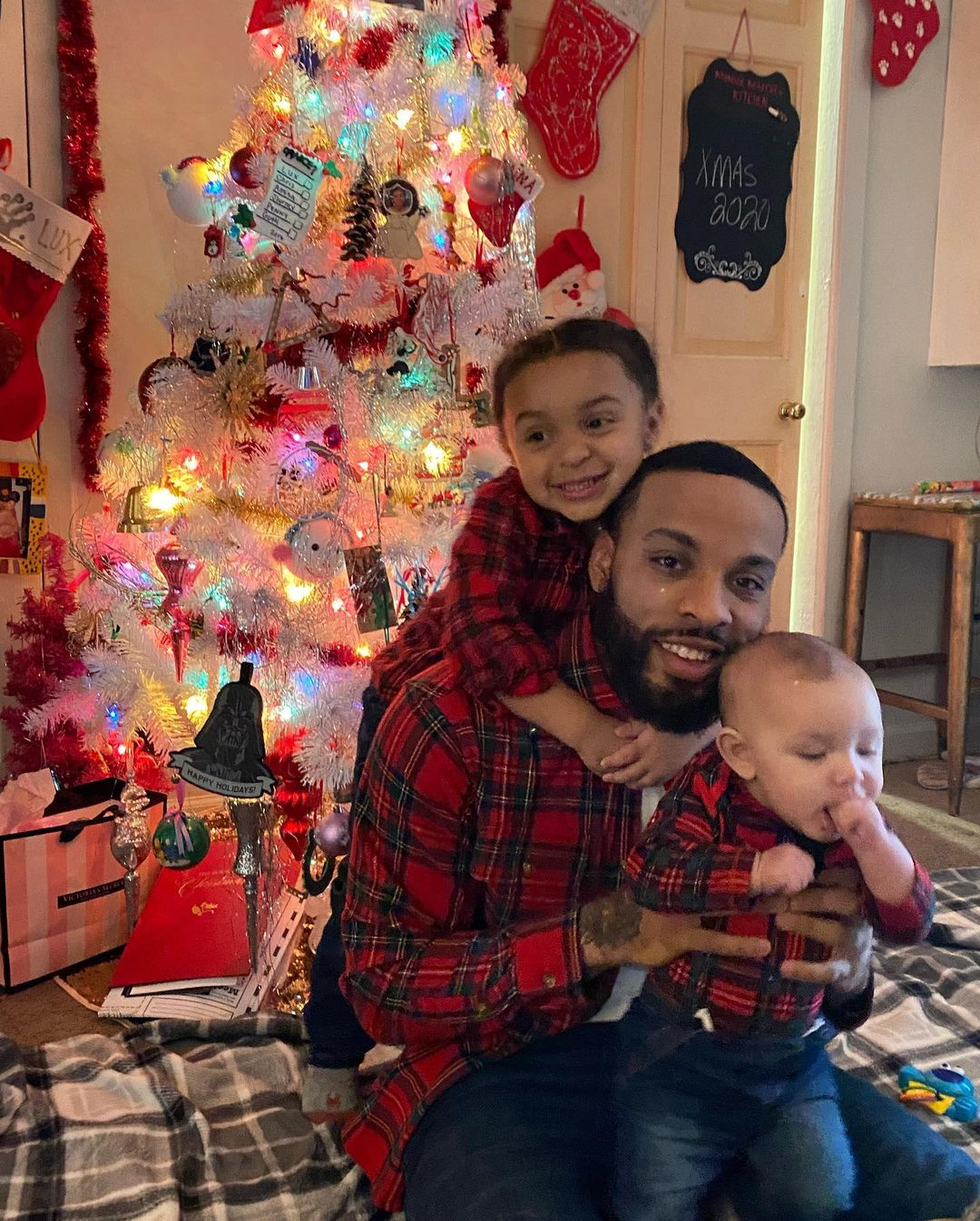 Kailyn had moved to that home to be closer to baby daddy, Chris LopezCredit: Instagram

“There’s so much more to my story & if you know me closely, you understand what I mean & what this represents.

“Closing this chapter for me means relief, optimism & confidence in future decisions. I am grateful for where I am now & being able to see the silver lining through it all.”

Kailyn closed out the note by thanking all of the friends that stayed by her side through all of the ups and downs.

She had moved to Middletown from Dover so her on-again, off-again boyfriend Chris Lopez would be more active in their son Lux’s life.

Kailyn explained in season nine of Teen Mom 2 that Chris had failed to be a more involved father.

“Chris is not stepping up like I thought he would,” she said.

Teen Mom Kailyn Lowry films for upcoming season of Teen Mom 2 after star’s son Lincoln, 7, is rushed to the hospital