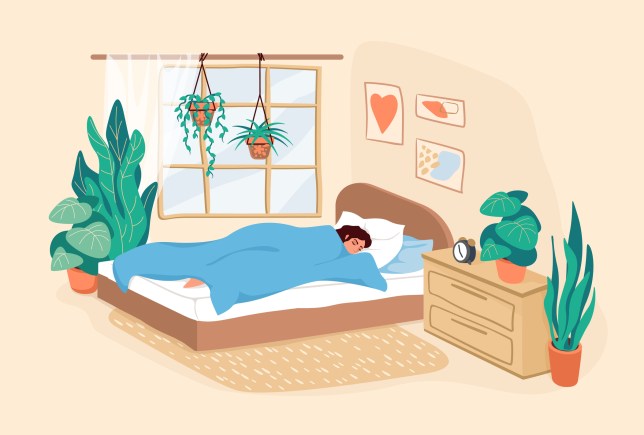 If you want to try something new to give your sleep a bit of a boost, why not try sleeping in the nude?

A study by TheDozyOwl has found that, of a range of different pyjama choices, going to bed in the buff was the one that resulted in the most REM (Rapid Eye Movement) sleep on average.

The study’s 2,680 volunteers were asked to record their REM sleep – the stage of sleep in which we dream and that helps us form memory and process emotions – via a sleep monitor for a month, wearing one type of pyjama style and keeping other variables such as temperature and bedtime the same.

They had people sleeping in the nude as well as in T-shirts and shorts, underwear, PJs with full sleeves, kimono robes, nightgowns, nightshirts, onesies, bathrobes and T-shirt and trouser PJs.

People who slept naked recorded an average of 26.5% REM sleep – the highest of the group.

The amount of REM sleep people should be having averages out at 20%-25%.

Following close behind those in the buff were the T-shirt and shorts group, which had an average of 26% REM sleep between them.

Things to try to boost your sleep

At the bottom of the bunch were those who slept in nightshirts, bathrobes and T-shirt/trouser PJs.

The study also sought to find whether sleeping with socks on or off was better for sleep.

However, broken down into men vs women, the data shows that the average REM sleep had by male participants was higher without socks (26% with, 27% without), while women had more REM sleep on average with socks on (28% with, 25% without).

Why could naked sleeping improve the quality of your sleep?

Nudity can help lower your body temperature, which gives the signal to your body that it’s time to wind down for sleep. If you’ve got nice soft bedding, it means you’ll be able to enjoy it all over without PJs getting in the way.

On top of that, a study by Cotton USA found that couples who slept naked were happier in their relationship than those who opted for PJs.