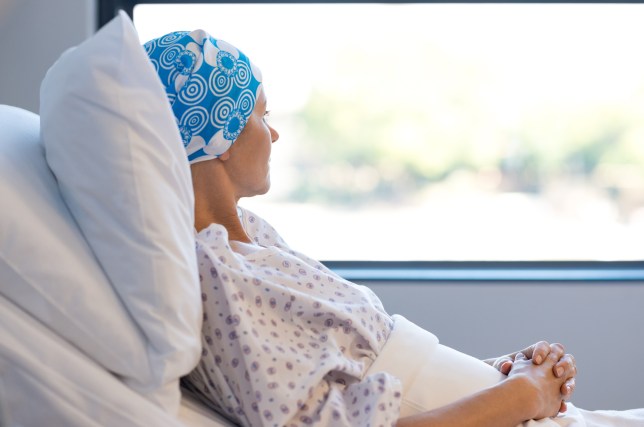 In my 26 years at the helm of Maggie’s, and as a cancer nurse before that, I have never known people to face such difficulties (Picture: Getty Images/iStockphoto)

Yasmin, 57, from West London has secondary breast cancer and had to give up working for British Airways – a job she had been in for 20 years, due to ill health.

She is struggling trying to live on benefits and says it’s an experience she has found humiliating and one that has been greatly exacerbated by the cost of living crisis.

I am used to hearing devastating stories in our centres – I am chief executive of a cancer support charity after all – but what I am hearing now across the country is nothing short of heartbreaking.

Cancer is difficult enough, but having cancer during a cost of living crisis – with every day bringing new stories of price rises – is catastrophic.

I find it unthinkable that people are worrying more about money than their diagnosis – that meeting their most basic needs has become a huge worry when their focus should be on treatment.

I know of a bus driver who has gone back to work too early because he couldn’t afford to live; a young man sleeping in his car – while having cancer – because he can’t afford rent and has no choice.

Then there’s people like Yasmin who are worried about how they will eat this winter.

She told us: ‘I am living on essentials and never buy clothing. Things are definitely getting worse. I go to the supermarket at around 6pm to buy the reduced bread, I’ll freeze half because I can’t afford to buy it fresh anymore. If you could come and see how I live, I don’t think you would believe it.’

Another woman we’ve spoken to is really worried about her bills already, because her treatment for breast cancer means she has fluctuating temperatures so has needed fans on constantly through the summer heatwaves. 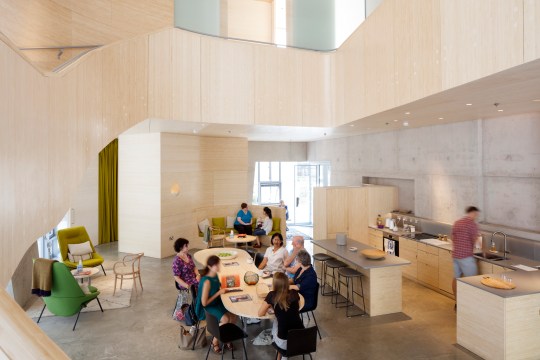 People who are worried about anything to do with their cancer treatment and how it will impact them can come into any of our centres across the country (Picture: Freya Dowson)

She is so anxious that she can’t even think about the cost of bills this winter at the moment and might need to go back to work earlier than she should to be able to pay her bills.

I have heard of people with cancer missing appointments to avoid using the car due to rising fuel costs and car parking costs. I’ve also heard of people running up huge debts after falling behind on bills – such as rent and mortgages – and others even asking if they can ‘stop chemo early’ so they can go back to work.

It’s broken my heart and it’s unacceptable. In my 26 years at the helm of Maggie’s, and as a cancer nurse before that, I have never known people to face such difficulties.

People who are worried about anything to do with their cancer treatment, bills, eating well on a budget or general anxiety around the cost of living and how it will impact them can come into any of our centres across the country.

We have professional cancer support specialists who can help with questions about treatments, side effects and symptoms, our psychologists can help with anxiety and stress, our benefits advisors can talk through any worries around money, budgeting and can make sure people are receiving all of the financial support they are entitled to – even helping with all of the paperwork to relieve the stress and anxiety that can cause.

The economic situation is hitting everyone very hard, and it is good to see the Government now have a website dedicated to helping people with the cost of living, but it’s even more dire for those with cancer. In many cases, the financial support available is just not good enough.

When someone is diagnosed with cancer, what happens next in terms of employment can vary greatly depending on their type of the disease, treatment and their contract of employment.

Most people are entitled to some amount of contractual sick pay or to statutory sick pay – however, SSP is only £99.35 per week and the entitlement is just 28 weeks in a 12 month period, which often is rarely sufficient for people to survive on.

Once patients have been off sick for longer than the days they are entitled to, they often cease to be paid by their employer and become entirely reliant on entitlement to an income through the benefit system.

Benefit entitlements are conditional on a number of, often complicated, factors and a minority of patients lose their personal income entirely, becoming reliant either on a partner’s salary or on their hard-earned savings.

Cancer is difficult enough, but having cancer during a cost of living crisis is catastrophic

To make the whole system even more complicated, sick pay rights are not uniform even within the same industry and normally differ from employer to employer and benefit rules are also more complex than they’ve ever been.

On top of this, the cost of living crisis impacts people undergoing treatment in every way imaginable – they want to eat as best as they can in order to give themselves the best possible chance of successful treatment.

This often means buying fresh produce and some people become intolerant to certain food groups so they have to buy ‘free from’ foods – which are all more dear than some people living with cancer, on limited income, can afford.

People with cancer are often at home more and need to be kept warm (or cool in the summer months) but that means higher energy bills than the usual family.

On top of that, they need to travel to hospital appointments and for many people public transport isn’t an option due to lowered immune systems, fatigue and/or distance.

And with the impact of this crisis on transport and fuel costs, we will continue to see those with cancer struggle.

Just like during Covid-19, when the pandemic meant delayed diagnosis, treatment and in some cases worsened outcomes, people with cancer seem to be bearing the brunt.

I know the cost of living is hitting almost everyone hard, but it is vital people with cancer don’t get lost amidst the noise.

There needs to be more financial assistance available to those undergoing treatment and unable to work.

Having cancer is possibly the hardest thing a person will ever have to face in their lives, but now they are facing it while wondering if they will have a roof over their head or food to eat.

That is not a prediction, it is a reality right here and now. And it has to stop.