UNDERTAKERS in South Africa are “running out of coffins” as the death toll continues to rise while the country battles a new fast-spreading strain of coronavirus.

Funeral directors are pinning their hopes on the government obtaining a vaccine as they battle exceedingly high demand for coffins, policy cancellations and increasing numbers of burial staff losing their lives to the deadly virus.

Increasing numbers of burial staff are losing their lives to coronavirusCredit: Reuters

South Africa funeral directors are struggling to keep up with demand as the deaths continue to riseCredit: AFP or licensors

Authorities have banned liquor sales, imposed curfews and closed the majority of beaches, as they battle the new coronavirus strain.

The “more infectious” new variant is adding even more pressure to fatigued funeral homes, as the death toll climbed to almost 31,000.

“Some funerals have had to be postponed because there is no burial space. We even have cremations done at night.”

Staff have told how bodies are left “piling up”, as they are forced to wait at cemeteries for graves to be dug.

The pandemic has put immense pressure on the death-care industry, as cases across South Africa continue to rise.

The general manager of the Tshipi-Noto funeral home, Thabsio Maumakoe, explained the fear he and his staff face.

Authorities have banned liquor sales and imposed curfews in a bid to stop the spread of the new strainCredit: AFP or licensors 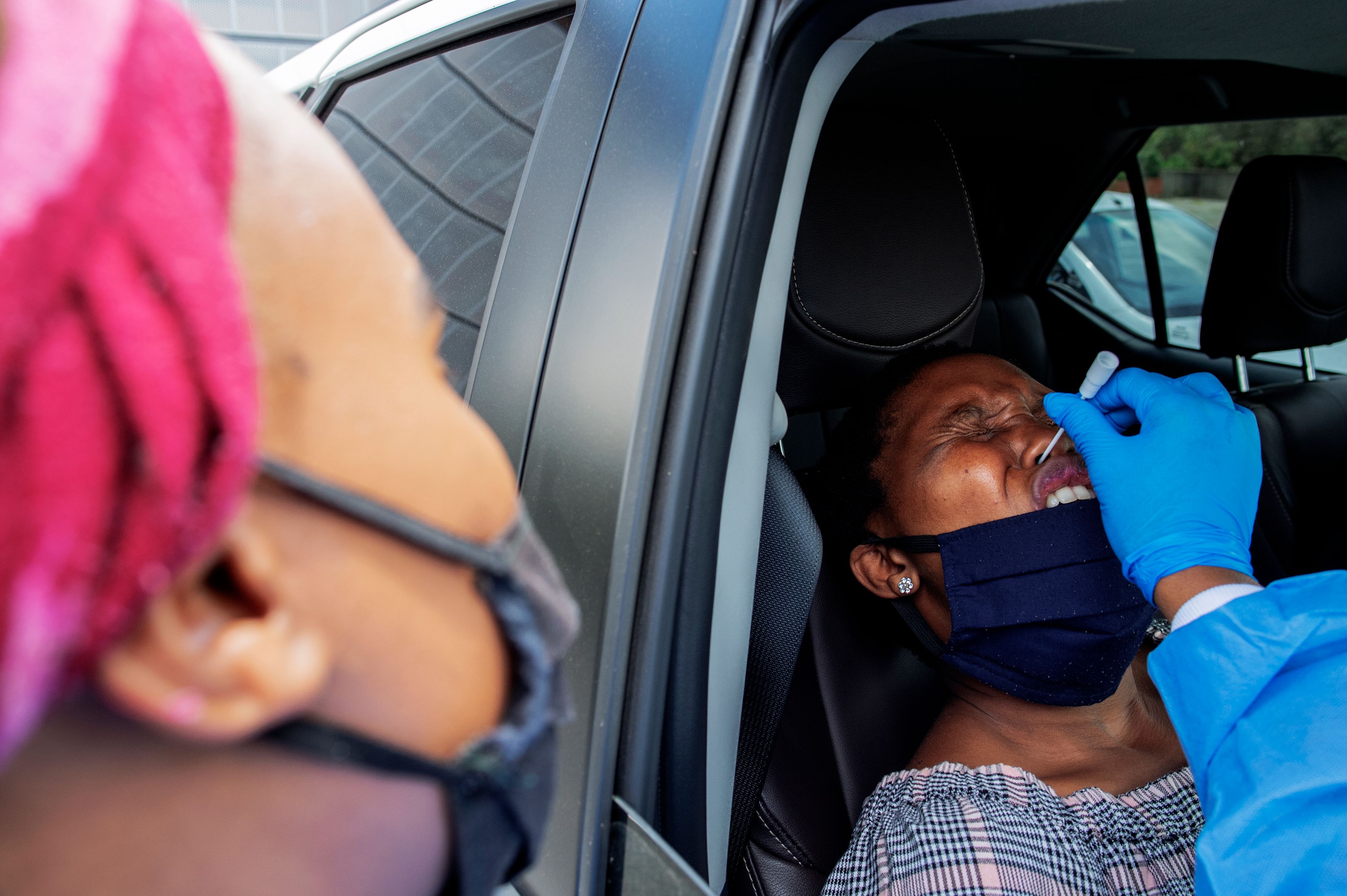 The number of funerals shot up by a concerning 120 per cent last weekCredit: AFP or licensors

“We are aware that this is a different variant and just like everyone else, we are scared as a business and human beings. We have parents and the elderly, so there is definitely fear within the team.

“Coffin manufacturers are overwhelmed and they are battling with the demand. On top of this, there is no variety and indeed we are dealing with the effect of not getting supplies on time.”

Despite the New Year traditionally being the quietest time, demand is constantly increasing – with no signs of it stopping.

“Last week, our numbers shot up by 120% and this week our numbers are climbing up again. This is more than normal, these are not our normal numbers,” Maumakoe said.

“This is definitely not a business boom for us. We are not making money from this because operational costs have gone up.

“The lockdown has also led to cancellation of policies. Some don’t have money to bury and we have to find a way to help them.”

The South African government have been heavily criticised for being unable to bag a vaccine deal, as countries continue to ban South African travellers in a bid to contain the spread of the new strain.

“I spent my New Year’s Eve on the way to Zimbabwe. I will be going out again tomorrow or Tuesday… When you get to the place you to bury someone, there are different scenarios.

“There was one where they told me I had to get the body out of the house. We had to carry the body ourselves to the grave.

“If we get those vaccines, it will be easier for us. It will make our lives easier.”

The relentless pressure to cope with the high number of burials has inevitably taken its toll on staff mentally and physically, as the NFPASA revealed ten funeral directors have lost their lives to coronavirus.

Bodies are left “piled up” waiting for graves to be dug in cemeteriesCredit: AFP or licensors

South Africa has been one of the worst hit continents in the worldCredit: AFP or licensors

Fancy three-bedroom houseboat up for sale for £2million