FOUR cases of rare blood clots after the Johnson & Johnson/Janssen vaccine are being investigated.

One person has died from a blood clot following the jab, which is currently not in use in the UK but could be by the summer. 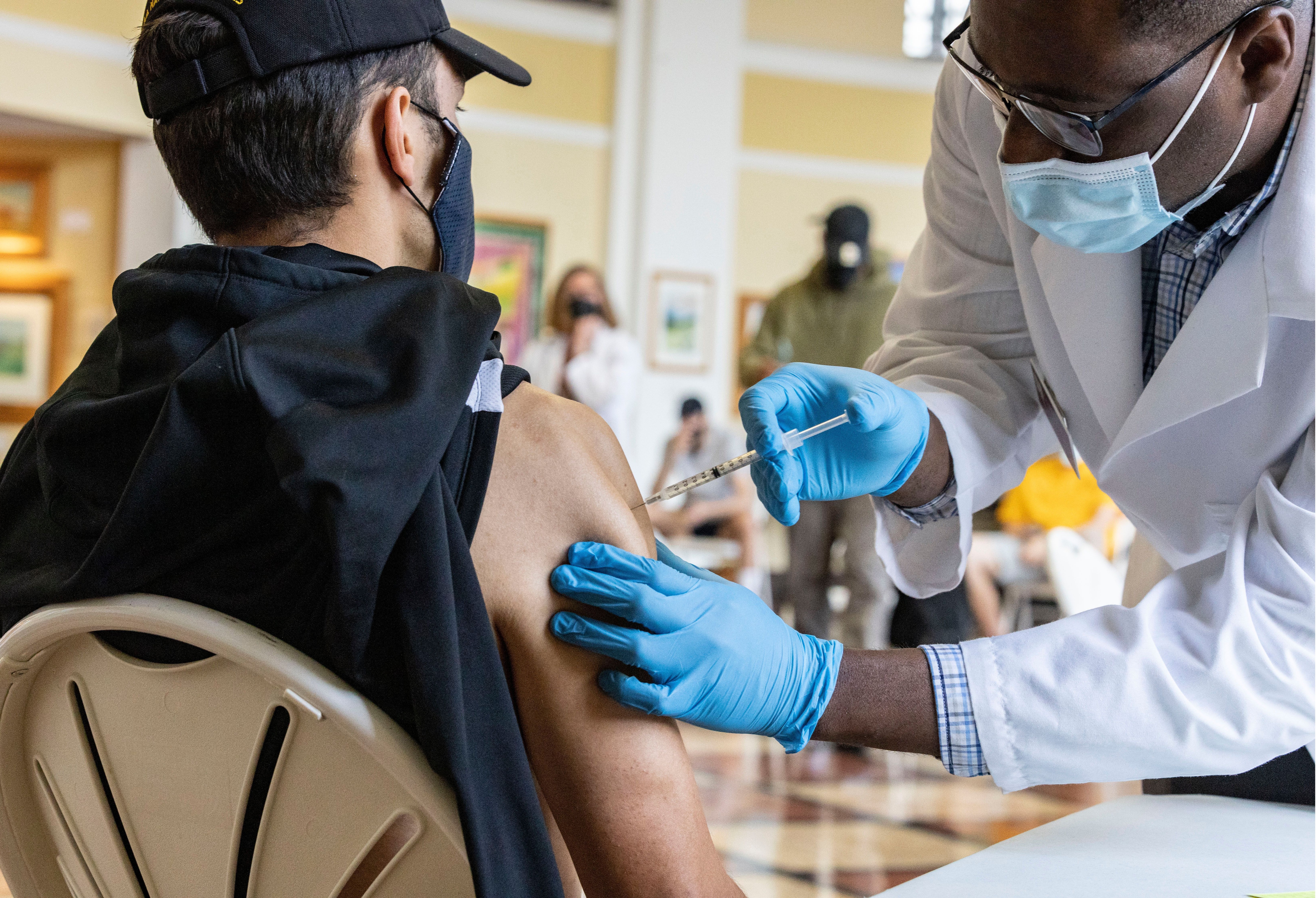 Four cases of rare blood clots after the Johnson & Johnson/Janssen vaccine are being investigated. It is currently used in the US (pictured)Credit: Rex

Europe’s drug regulator the European Medicines Agency (EMA) said on Friday it would be launching a safety review into the jab.

One case occurred in a clinical trial, which led to death, and three cases occurred during the vaccine rollout in the US, where the jab received authorisation and roughly five million have recieved it.

The cases reported were similar to those seen after the AstraZeneca jab – unusual blood clots with low platelets.

America-based J&J said that it was aware of the reports of blood clots possibly related to its vaccine and is working with regulators to assess the data and provide relevant information.

“At present, no clear causal relationship has been established between these rare events and the Janssen COVID-19 vaccine,” the company said in an emailed statement to Reuters.

But it has said people who get the jab and experience any severe symptoms should seek medical assistance immediately.

Symptoms could include shortness of breath, chest pain, swelling in the leg, persistent belly pain, neurological symptoms, excessive or easy bruising, or tiny blood spots under the skin beyond the site of injection.

The EMA also said that it was not yet clear if there was a link between the two vaccines and the reported conditions.

J&J’s single-dose vaccine has been approved for EU use, but a rollout is yet to begin, while in the UK regulators are still pouring over clinical trial data.

It comes after the EMA and regulators in the UK, the MHRA, announced this week the evidence that the AstraZeneca vaccine caused cases of rare blood clotting was growing stronger.

At least 79 cases have occured in the UK alone, 19 of which were fatal.

But although tragic, the deaths are of 20 million or so doses of the vaccine, making the risk of death from a blood clot after the AZ jab one in a million.

The benefits of the vaccine in preventing Covid still outweigh any potential risks of the jab for the vast majority of the population.

Commenting on the EMA’s accouncement today, Ian Douglas, professor of pharmacoepidemiology, London School of Hygiene & Tropical Medicine, said: “I’m not surprised that we are seeing safety signals being discussed for Covid-19 vaccines, because of the sheer speed and volume of vaccine role out and the justified interest in their safety.

“If anything, it’s a sign that our safety monitoring systems are working well.”

Prof Douglas said it was “completely normal” for regulators to review safety signals for drugs, which would normally happen monthly even without Covid.

“This rarely makes headline news because the medications they discuss are typically not used by as many people as are currently receiving COVID vaccines”, he said.

What is the J&J vaccine?

The J&J vaccine was tipped to be used in younger people from the summer as an alternative to the AstraZeneca vaccine.

J&J has also started a study in teens before moving to younger children later in the year, and also plans a study in pregnant women.

The one-shot jab has been shown to be up to 66 per cent effective overall at preventing moderate to severe Covid-19 28 days after vaccination.

It uses what’s known as “viral vector” technology – the same as the AstraZeneca made vaccine.

These “adenoviral vaccines” are based on weakened versions of adenoviruses, which are a group of viruses that typically infect membranes of the eyes, respiratory tract, urinary tract, intestines and nervous system, and include the common cold.

An inactivated cold virus is used to activate the body’s immune response to Covid.

By comparison, the mRNA vaccines such as Pfizer and Moderna use genetic code from the vaccine to trigger an immune response.

Deliveries of the J&J vaccine are expected in the second half of 2021, should it receive approval from the MHRA.

Some 30 million doses have been secured by the Government.