A SHOCKING photograph that shows one person waiting for the Covid vaccination in a sea of chairs lays bare the EU’s botched jabs rollout.

The photo, which was taken in Brussels, came as Belgian authorities warned of “serious delays” to the vaccine programme, as neighbouring France and Germany brace for further lockdowns amid a surge in new cases. 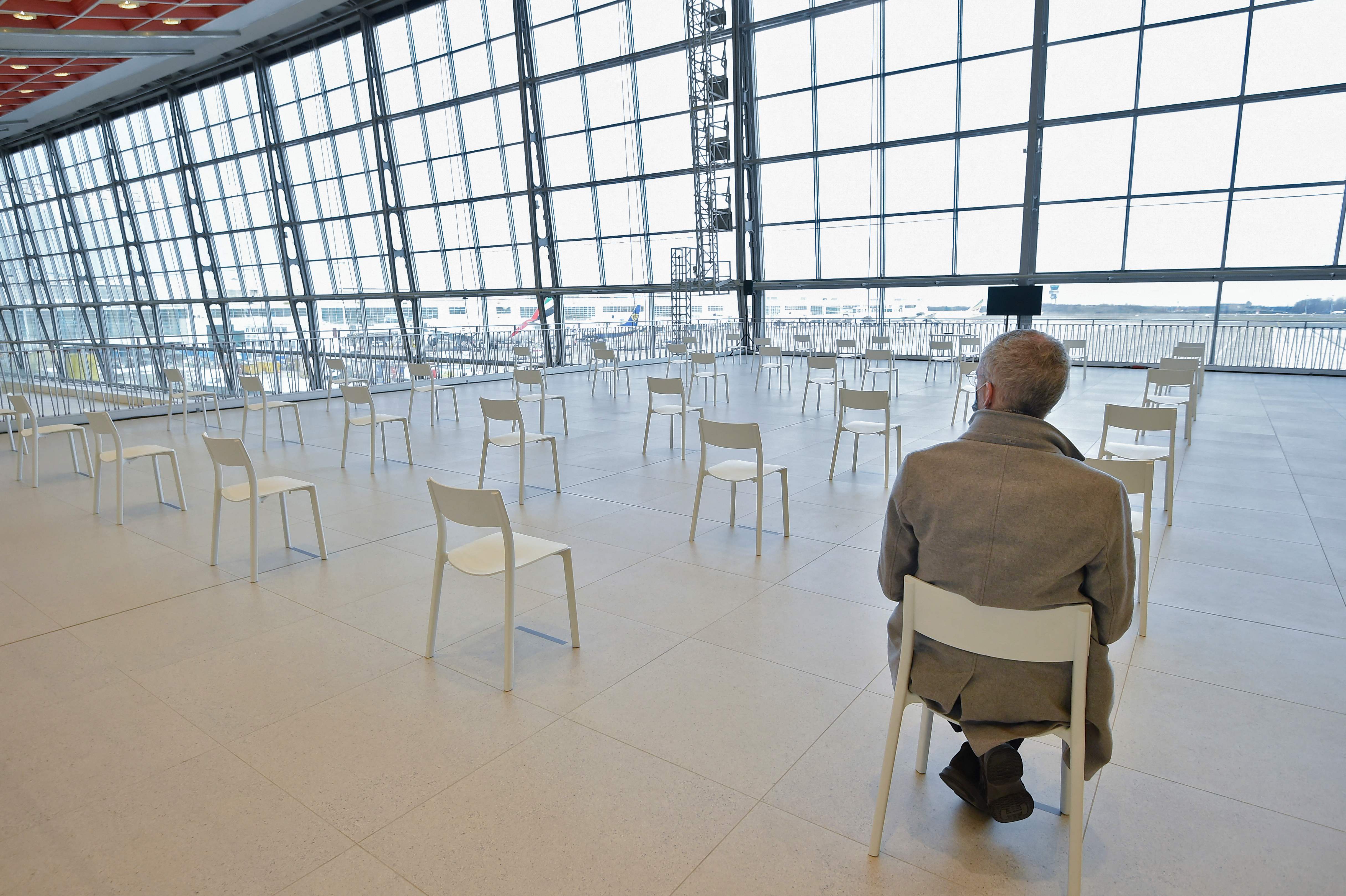 The EU jab fiasco is laid bare as a man sits alone among a sea of empty chairs in a Covid medical centre set up at Brussels airportCredit: AFP or licensors

According to the latest figures, 6.5 per cent of adults living in the European Union have been vaccinated, compared to more than 27 per cent in the UK.

It comes as Angela Merkel and Emmanuel Macron are facing mutinies in their own countries over lockdown measures.

Leaders of Paris have threatened a three-week lockdown while the German chancellor is facing criticism about her caution over lifting restrictions.

Rebellious German states are pressing ahead with reopenings, despite Merkel saying there can only be further easing if the number of Covid cases per 100,000 people is below 35.

But according to the Robert Koch Institute, the country’s public health authority, there are currently around 61.7 cases per 100,000 people.

Both France and Germany’s vaccination programmes have been thrown into chaos as thousands refuse to have the Oxford-AstraZeneca jab — after EU leaders repeatedly made baseless allegations about its efficacy.

A German virologist yesterday revealed his country was sitting on a whopping 1.2 million Oxford jabs.

That came amid warnings of a “third wave” of infections that could sweep Germany as it struggles with its sluggish jab rollout — just as the UK counts down the days to freedom thanks to its vaccination success. 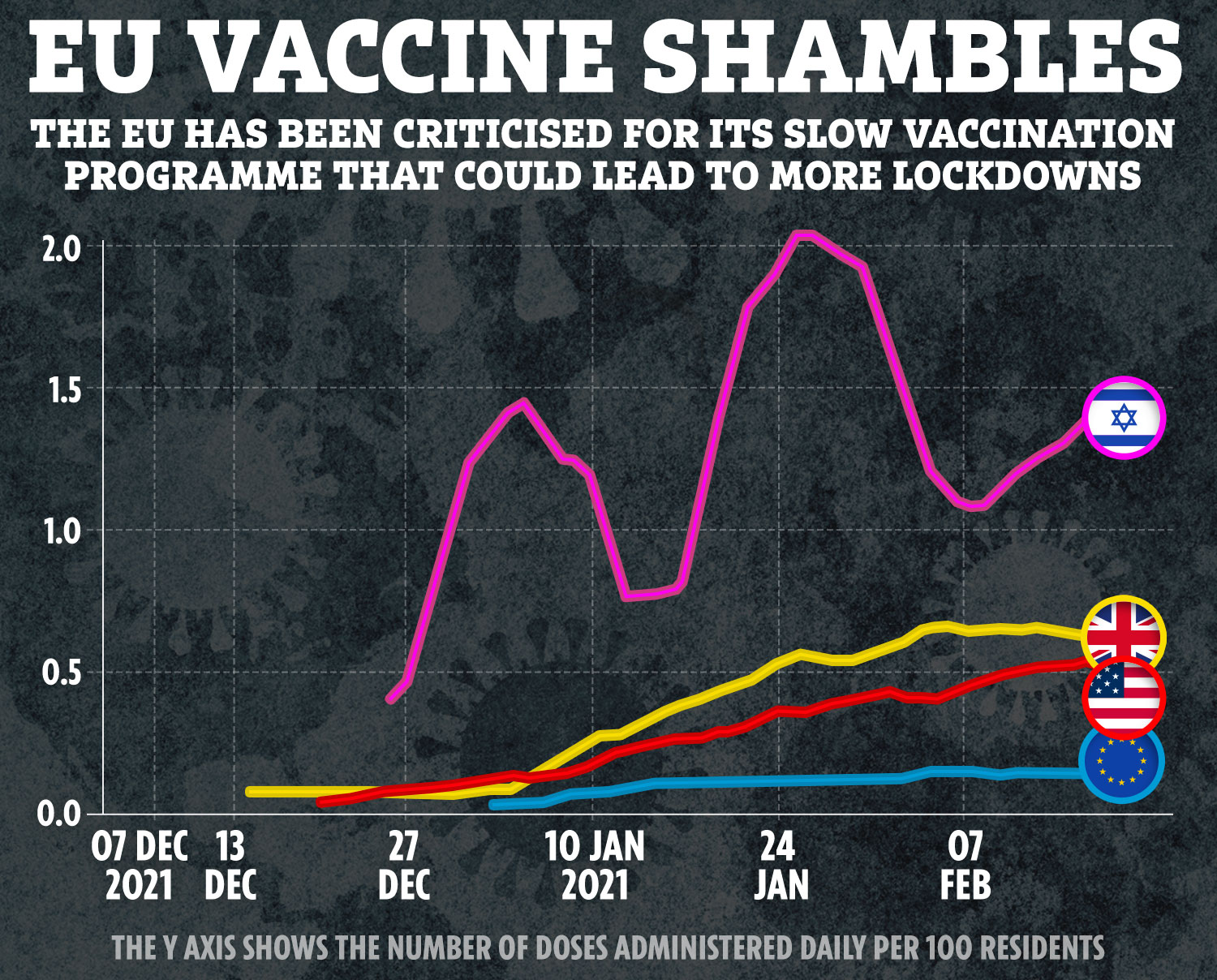 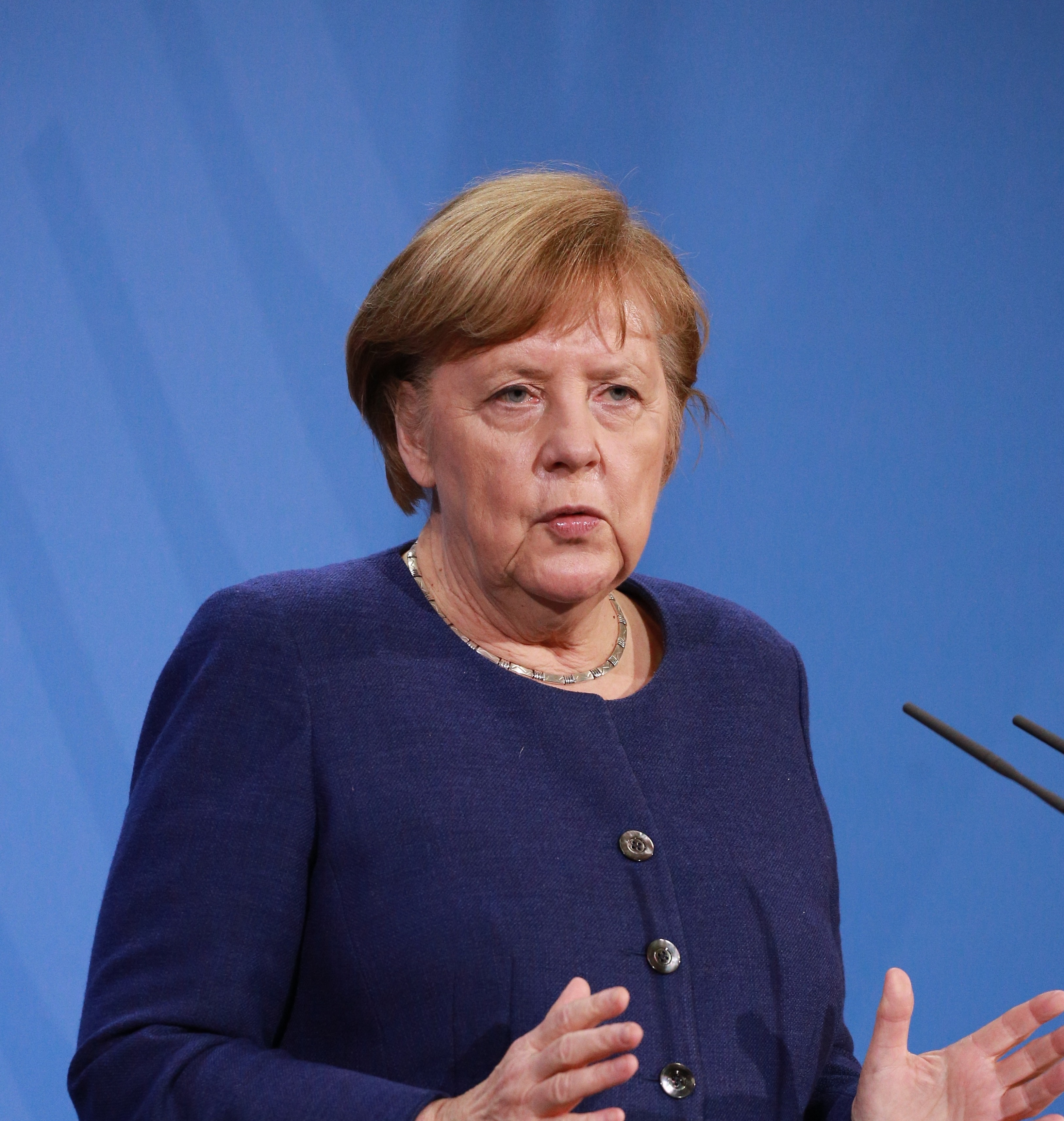 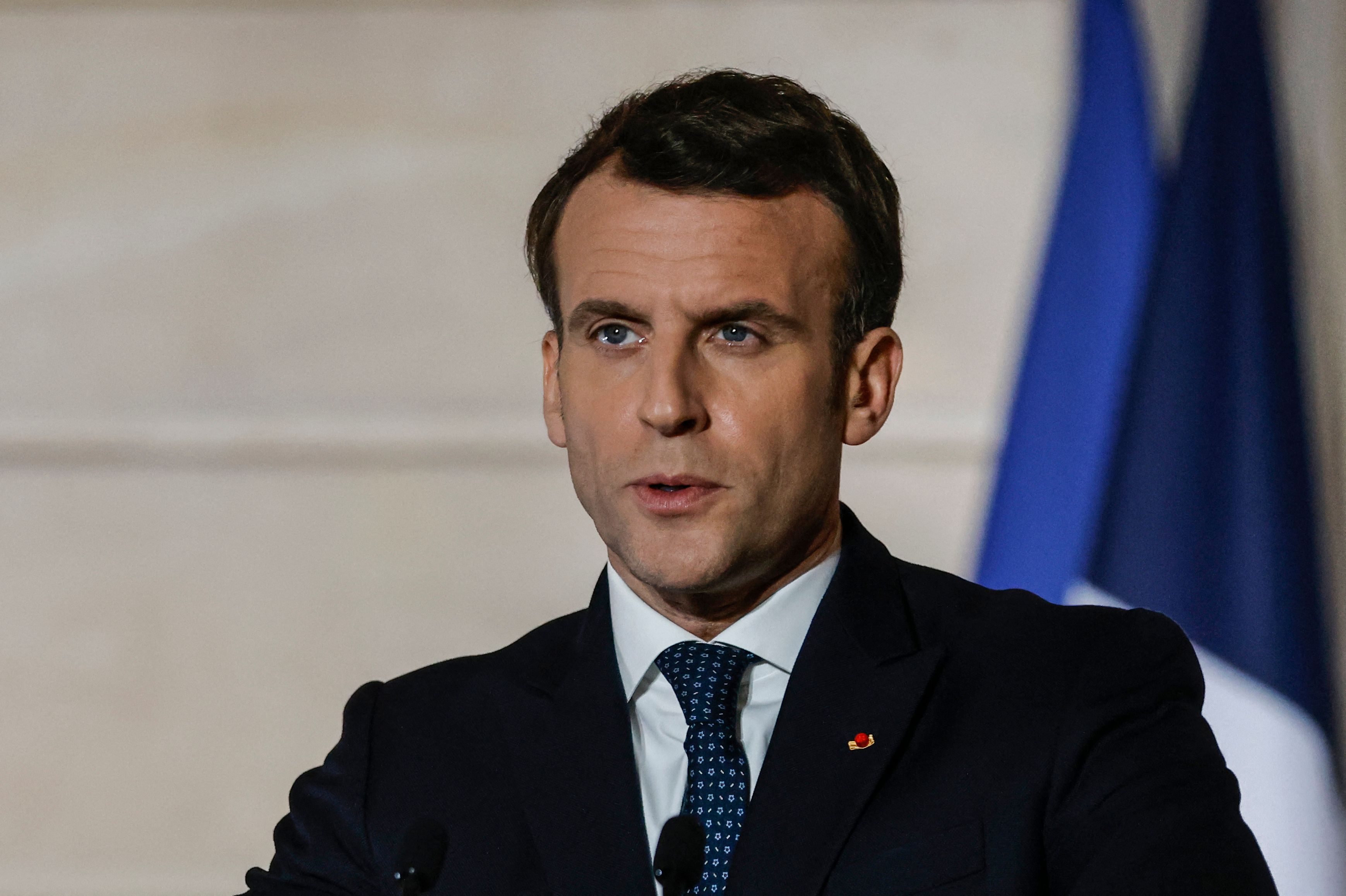 Leaders of Paris want to put the city into a lockdown, in a direct challenge to Macron

Just four per cent of the German population has been immunised, compared to the UK’s 27.4 per cent, according to the BBC.

Merkel has said she will not take the Oxford/AstraZeneca vaccine because she is too old, despite begging residents to take the jab.

The German chancellor, 66, was asked if she would take the jab to set an example to a country where many are refusing to take the Oxford jab.

But Merkel told FAZ that she was not eligible because German regulators have restricted the jab to under-65s, a move which has yet to be reversed even after data from Scotland showed it is highly effective in the elderly.

In the UK, which has a similar population to France, more than 18 million people have been jabbed.

French Prime Minister Jean Castex has warned of increased measures to fight the spread of the coronavirus in 20 regions.

This includes Paris, where hospitals are under pressure because of a very high infection rates, with contagious variants make up in some cases more than 50 per cent  of new infections.

France has had two full lockdowns since the pandemic began sweeping over Europe. 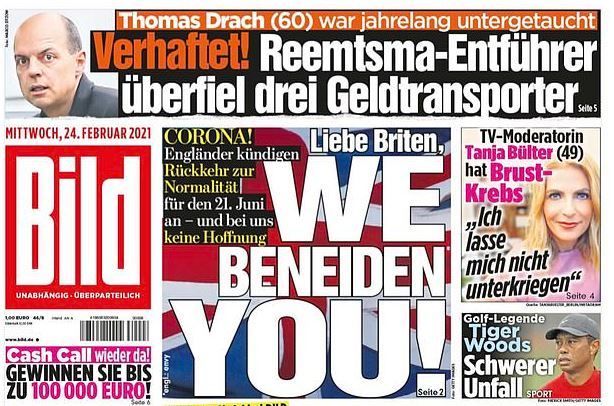 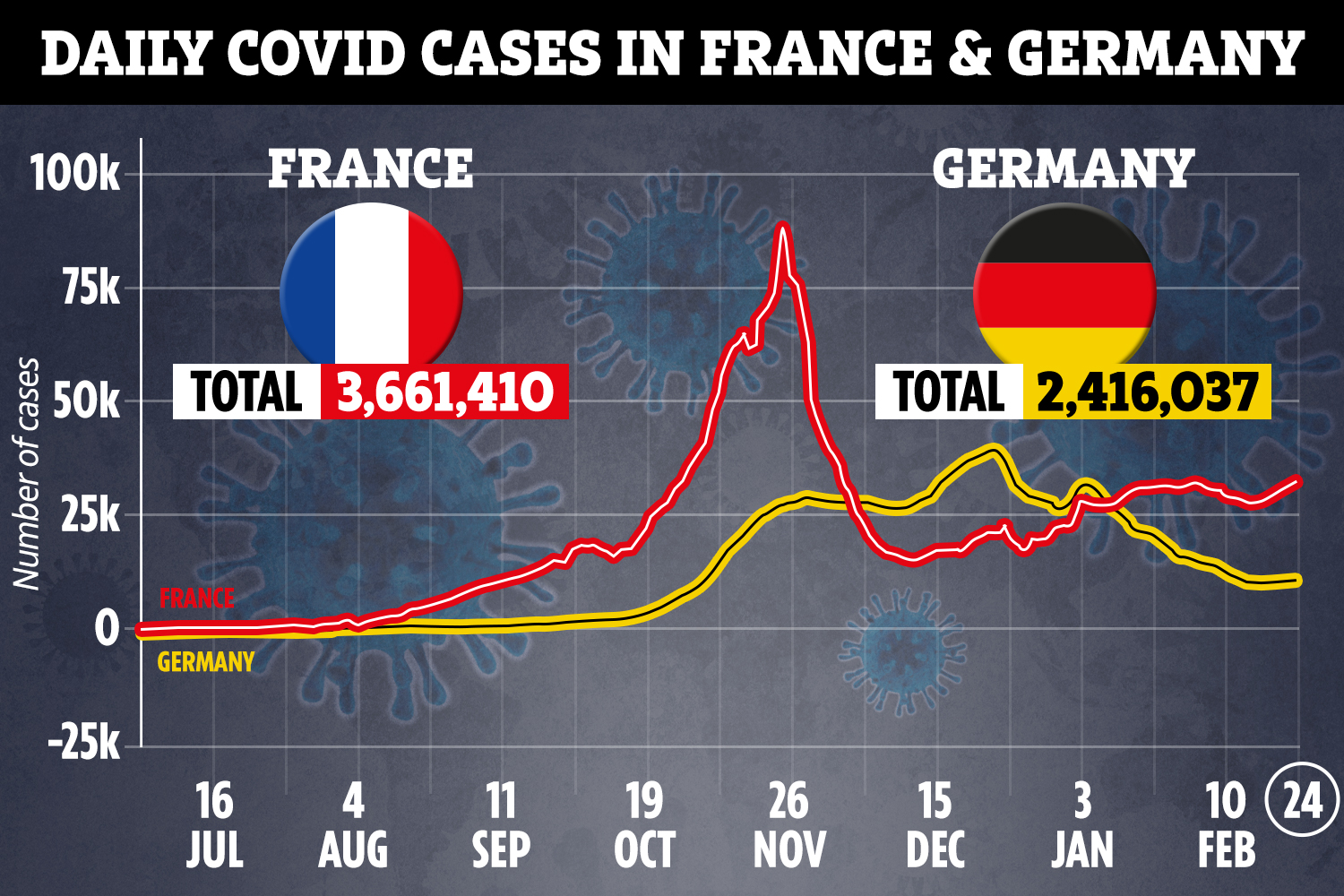 European Union leaders vowed last night to accelerate the roll-out of vaccines and pressed pharmaceutical companies to respect their delivery commitments, as concern mounts about the spread of new variants of the virus.

But they could offer no prospect of short-term respite for curfew-weary, mask-wearing citizens, many of whom have often worked from home over the last year if they have not lost their jobs.

The leaders also said that restrictions, including on travel, should remain in place in many parts of the 27-nation bloc.

EU Council President Charles Michel said: “Our top priority now is speeding up the production and delivery of vaccines and vaccinations.

“We want more predictability and transparency to ensure that pharmaceutical companies comply with their commitments.” 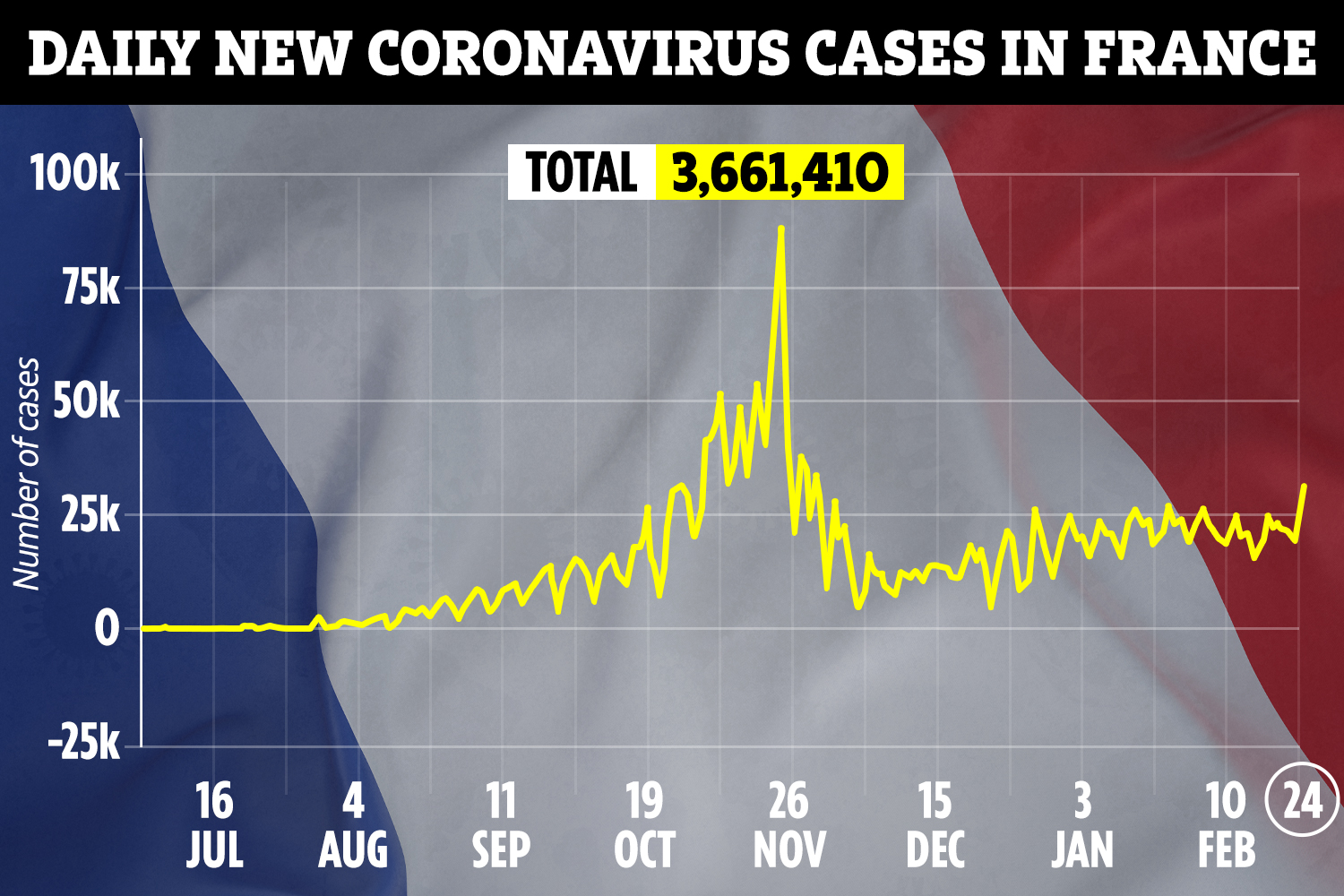 Cases are rising again in France 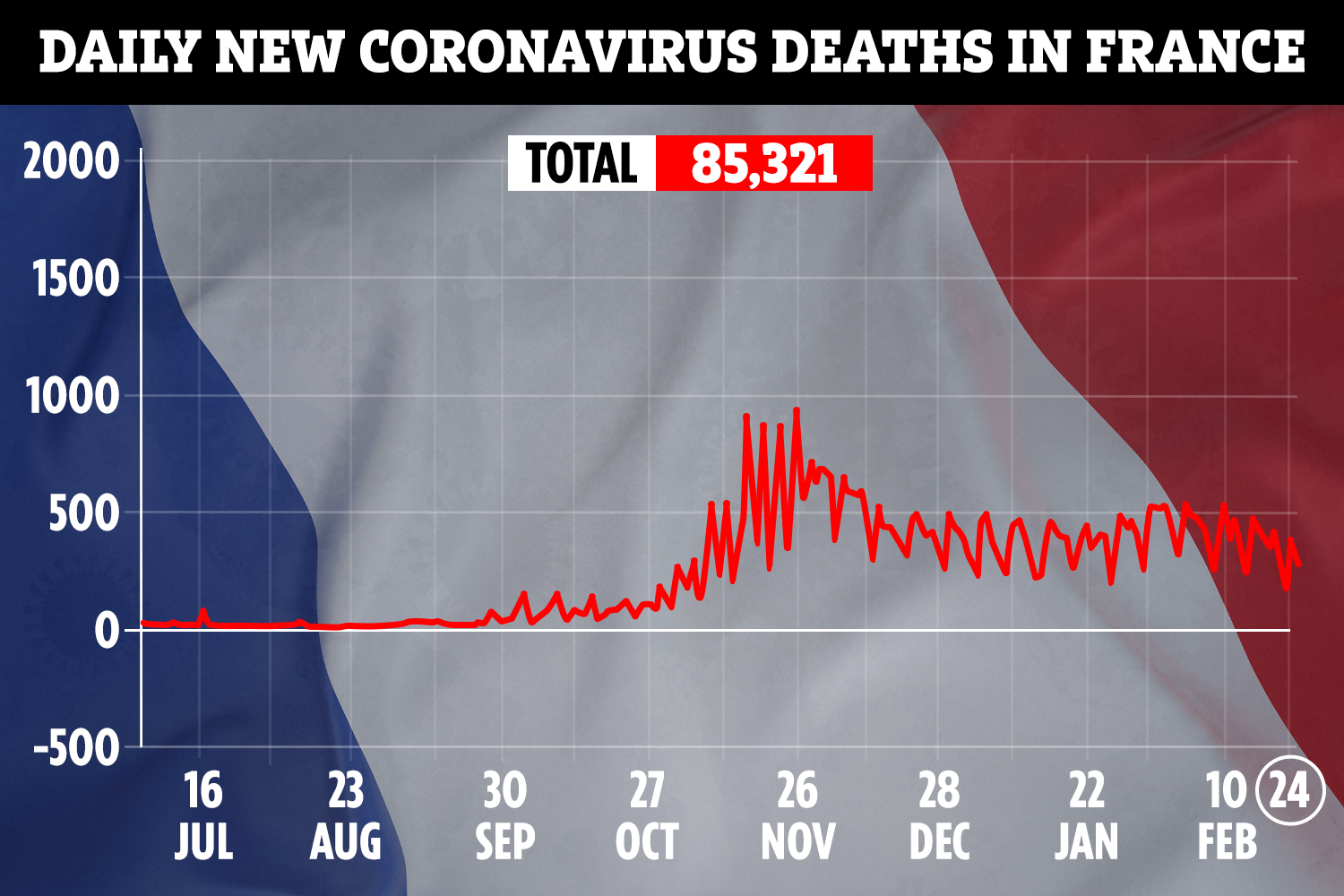 And the number of deaths is not falling sharply