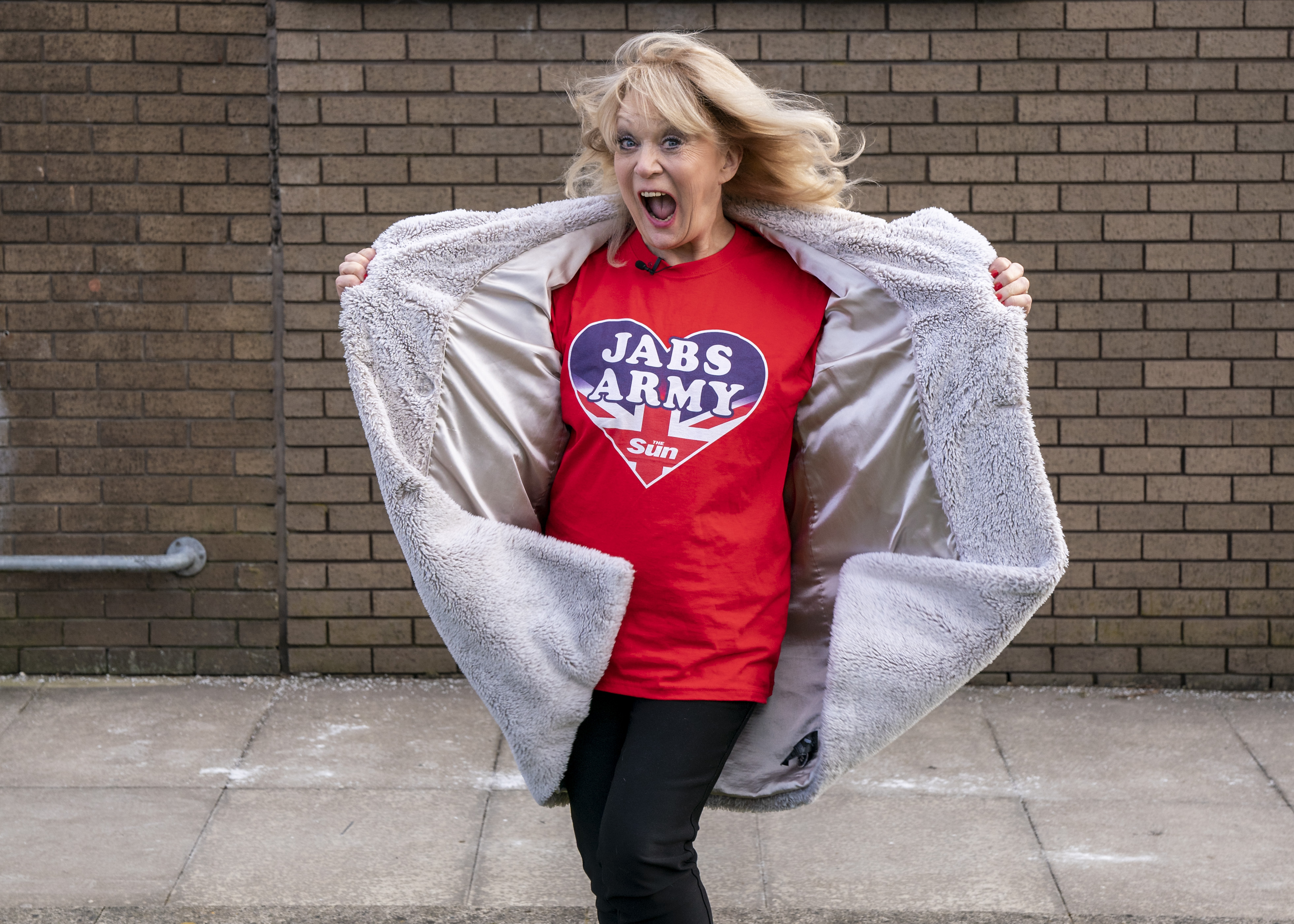 Sherrie Hewson flashed The Sun’s Jabs Army badge while volunteering at a vaccination centreCredit: The Sun 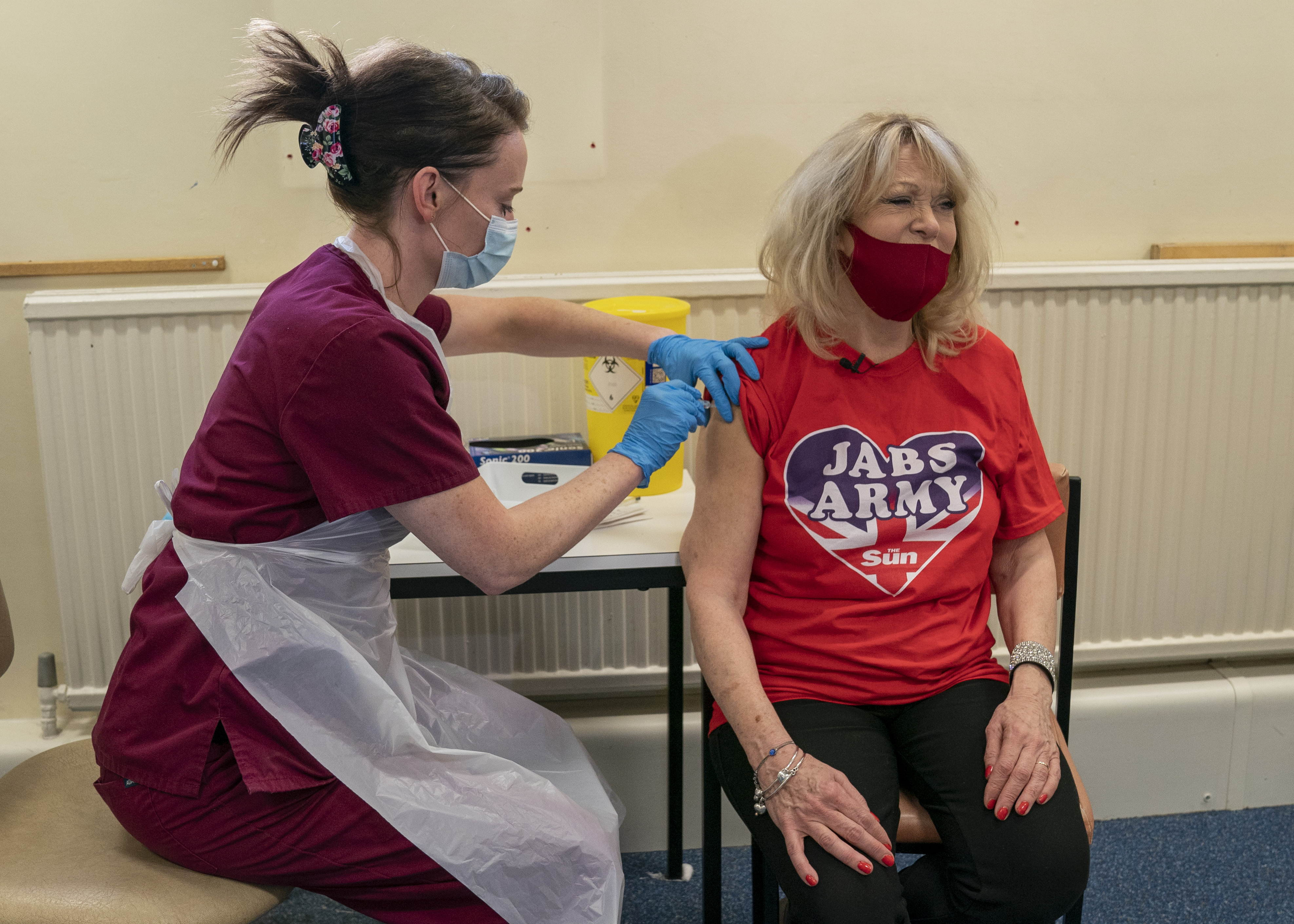 She was put to work dishing out hand gel as patients arrived at Bolton’s Tonge Moor Health Centre.

Sherrie, who has also been in Benidorm and Emmerdale, said: “I’m here with the amazing Jabs Army to join their ranks and do a bit of volunteering.

“The people here are doing the most amazing job. I’m so grateful.

“I was gobsmacked to hear how many people signed up, and are still signing up to do their bit.

“It’s incredible to see all the work they’ve put in. 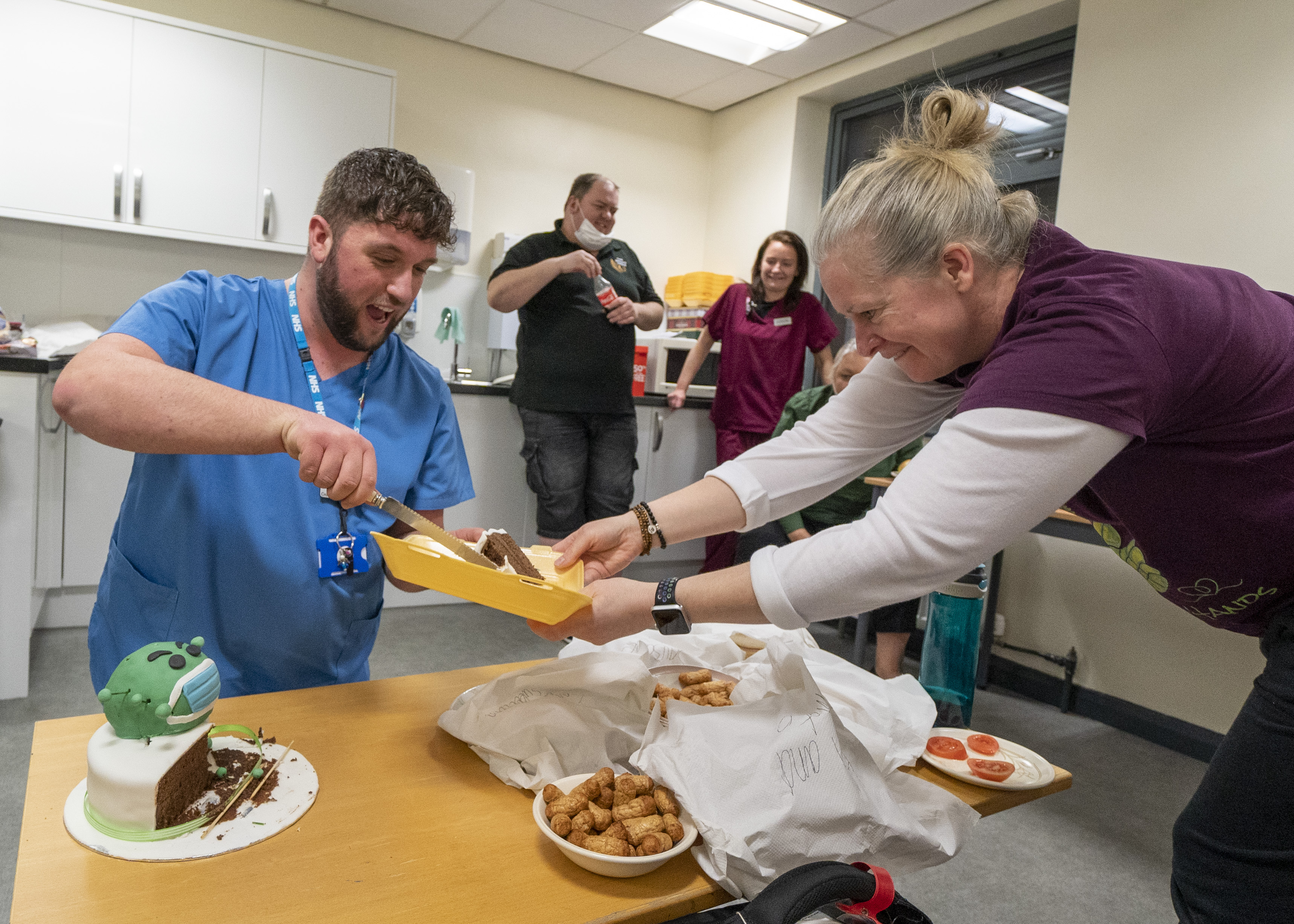 After giving residents their second jab at a nearby care home, staff and volunteers were presented with a Covid-themed cake as a thank-youCredit: The Sun 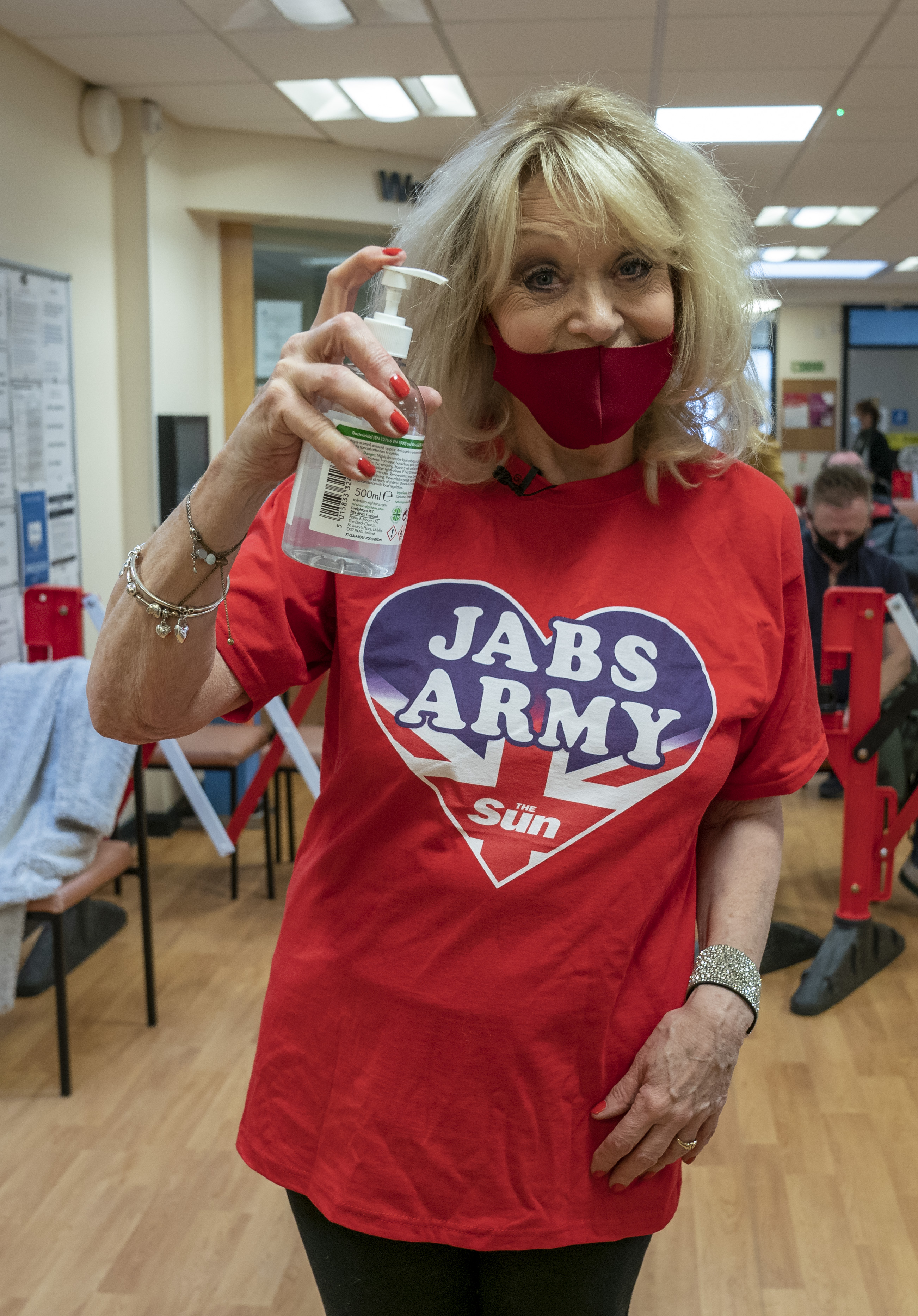 Sherrie was put to work dishing out hand gel as patients arrived at Bolton’s Tonge Moor Health CentreCredit: The Sun 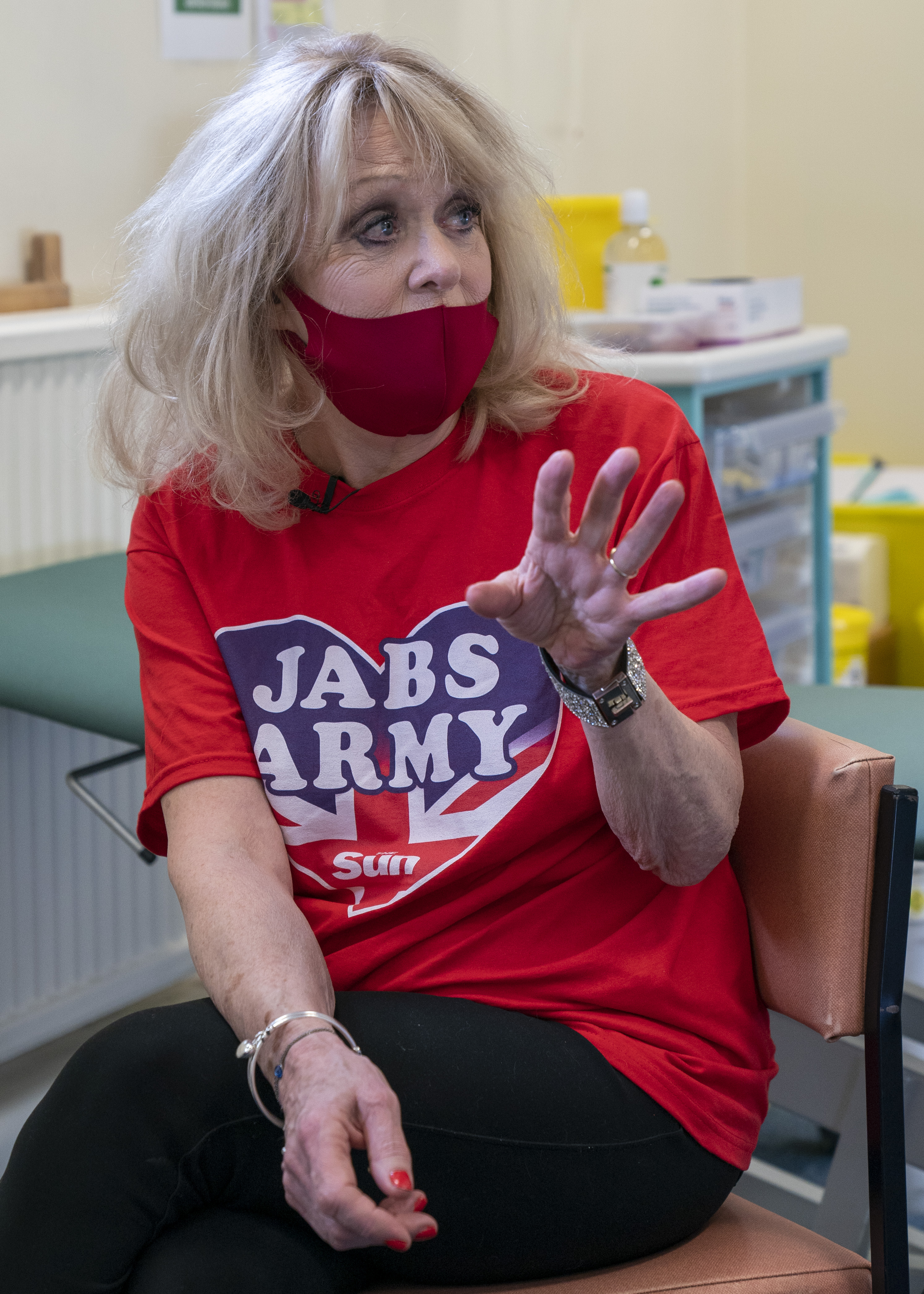 Sherrie said she was ‘gobsmacked’ to hear how many people had signed up to volunteerCredit: The Sun 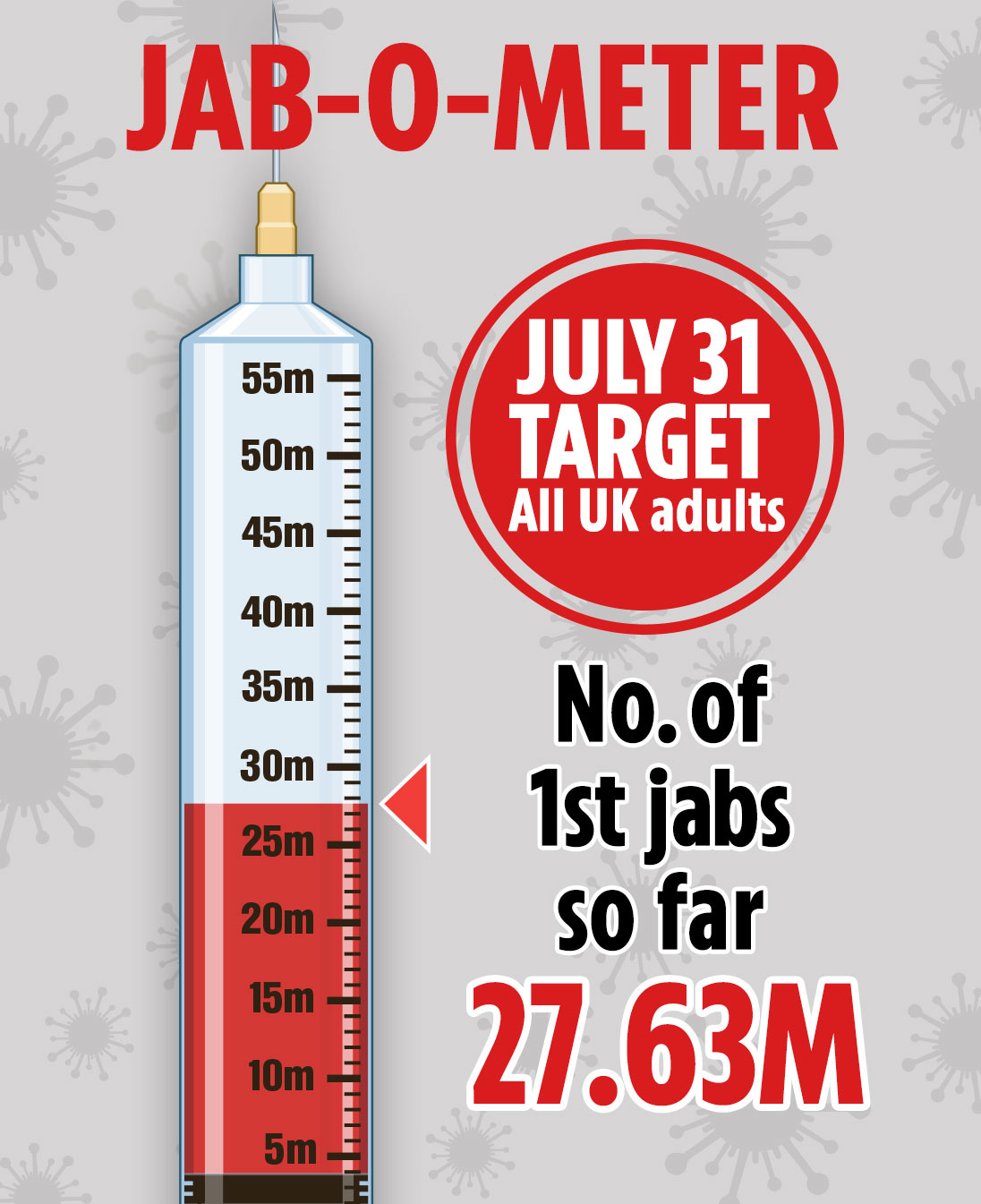 “This country has been absolutely amazing with vaccines and volunteers are crucial to that.”

The clinic was the first to deliver jabs in December.

GP Andrew Hill said: “We initially thought we’d start the ball rolling and then move to somewhere bigger but it’s been such a successful operation we’ve just stayed here.

“I don’t think we could have done it without the volunteers.

“The volunteers have been clinical staff giving jabs, and non-clinical volunteers which include people marshalling car parks, cleaners. 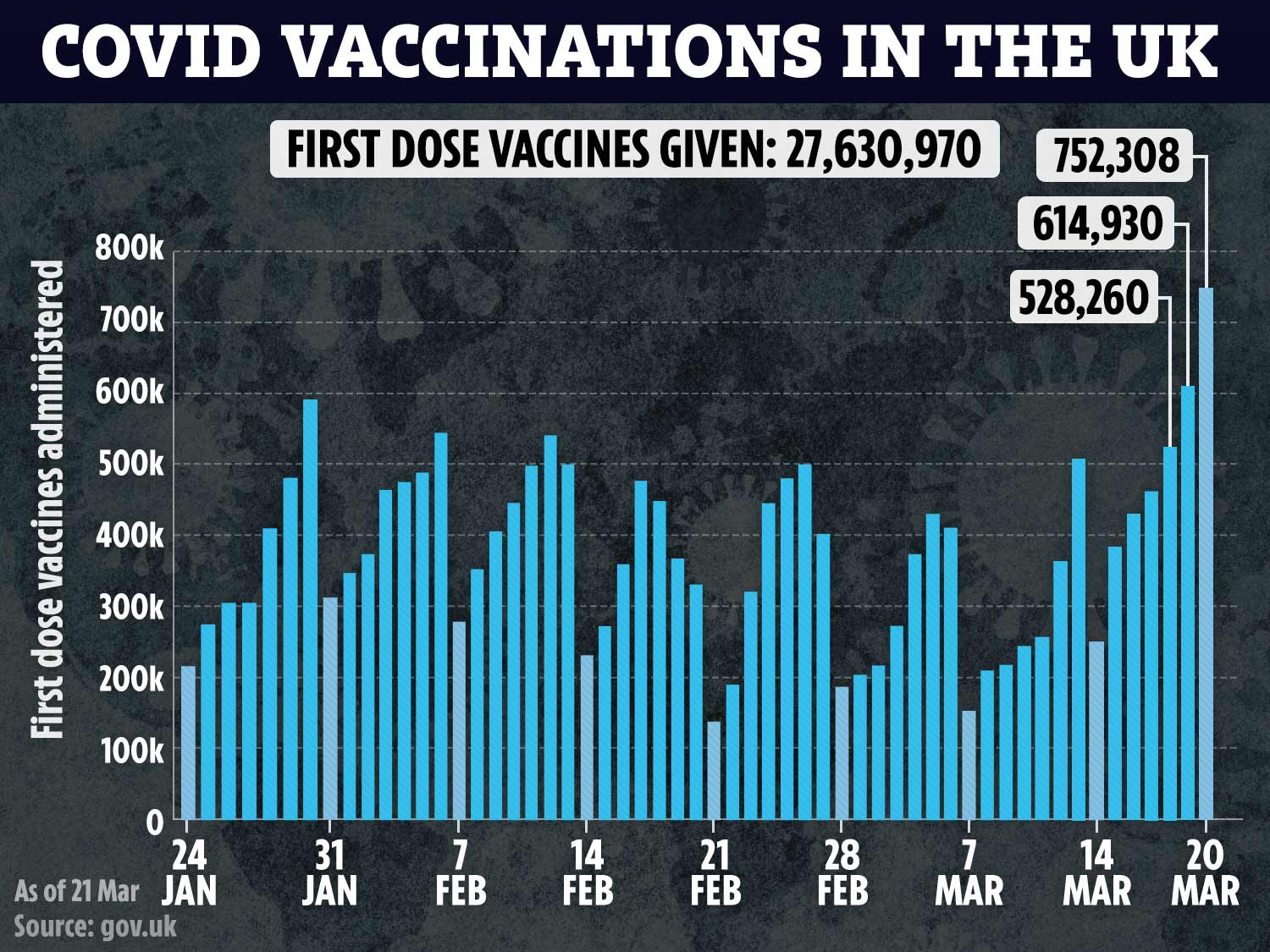 “Everybody has mucked in and helped us with this.

“It wouldn’t have been possible without them and I think it’s given them a purpose during this very difficult time too.”

After giving residents their second jab at a nearby care home, staff and volunteers were presented with a Covid-themed cake as a thank-you.

Mum loses husband, 40, and dad to Covid in less than three weeks