SERIAL killer Levi Bellfield has been sent an invitation to have the Covid jab ahead of millions of elderly and vulnerable Brits.

The 52-year-old murderer — whose victims include Milly Dowler, 13 — has been told he and some other inmates at top-security Frankland Prison, Co Durham, could be vaccinated in the coming weeks. 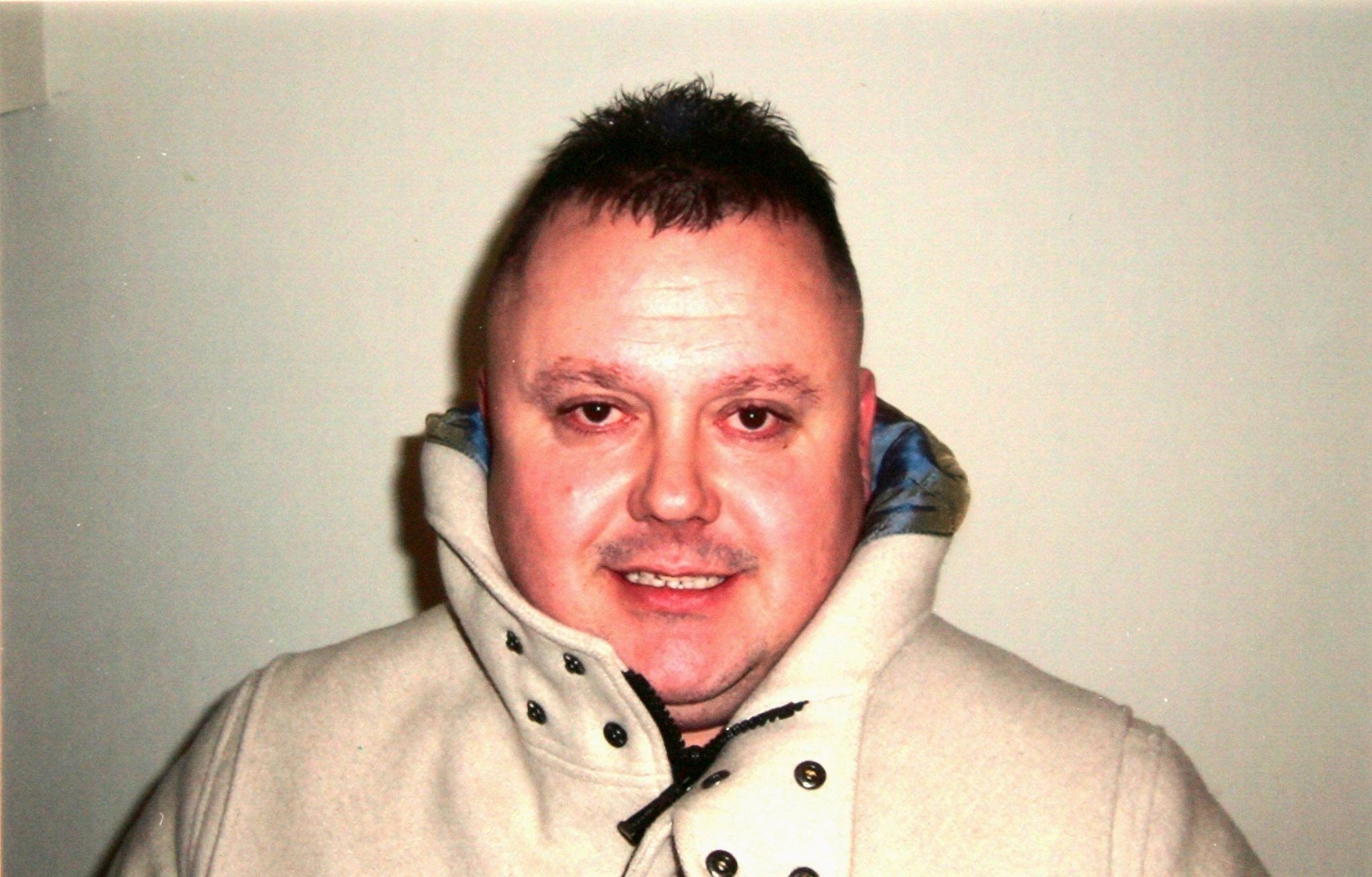 Serial killer Levi Bellfield has been invited to have a Covid vaccinationCredit: Collect

Bosses at top-security Frankland Prison sent a message to prisoners saying they could be inoculated in the coming weeksCredit: Alamy 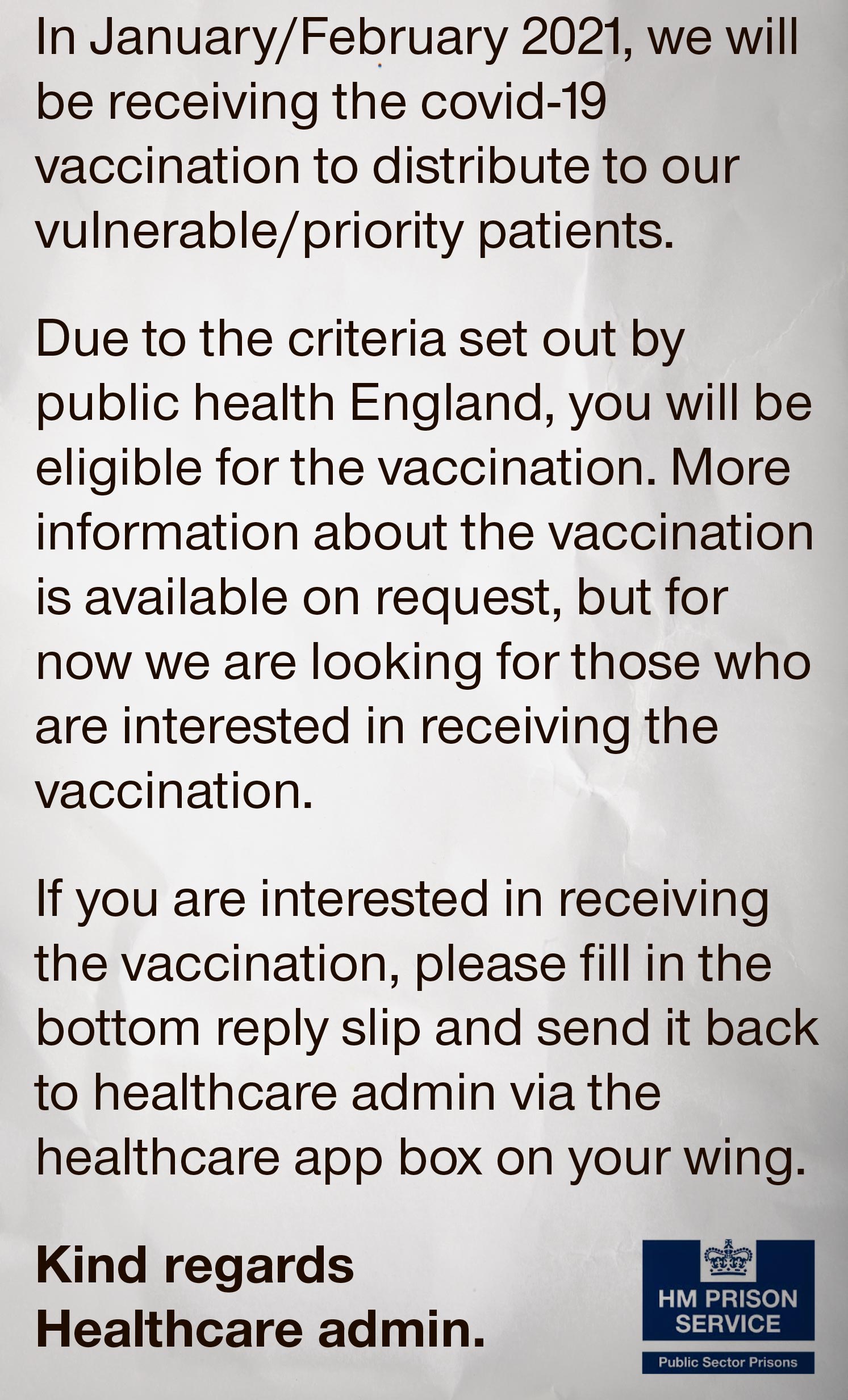 The news comes as innocent Brits in their 80s, vulnerable people, frontline workers and teachers still wait for the life-saving vaccine.

Former Home Secretary David Blunkett said: “It beggars belief that prisoners, let alone a child murderer, should be given any opportunity for an early vaccine dose.

“I hope the Justice Secretary will step in immediately and find out why scarce vaccine doses are being deployed in this way — and whose idea it was.”

Bellfield, 52 — who murdered 13-year-old Milly Dowler as well as two women in separate attacks — told pals he had received a note about the jabs.

But he moaned: “This should have happened already as it can spread like wildfire in prison and we are in danger.”

Another lag in his 50s at Frankland, Co Durham, has also received a message from the jail’s healthcare department.

It reads: “In January/February 2021 we will be receiving the Covid-19 vaccination to distribute to our vulnerable/priority patients.

“Due to the criteria set out by Public Health England you will be eligible for the vaccination.”

Meanwhile, Prison Service internal documents reveal jabs will be given from tomorrow, based on public health criteria.

Former Detective Colin Sutton — the cop who finally nailed Bellfield — said: “It is appalling he and other prisoners should apparently jump the queue ahead of ordinary people and, especially, essential workers.

“Prison staff, police officers, teachers, shopworkers and delivery drivers — people who are keeping us going — should be prioritised.” 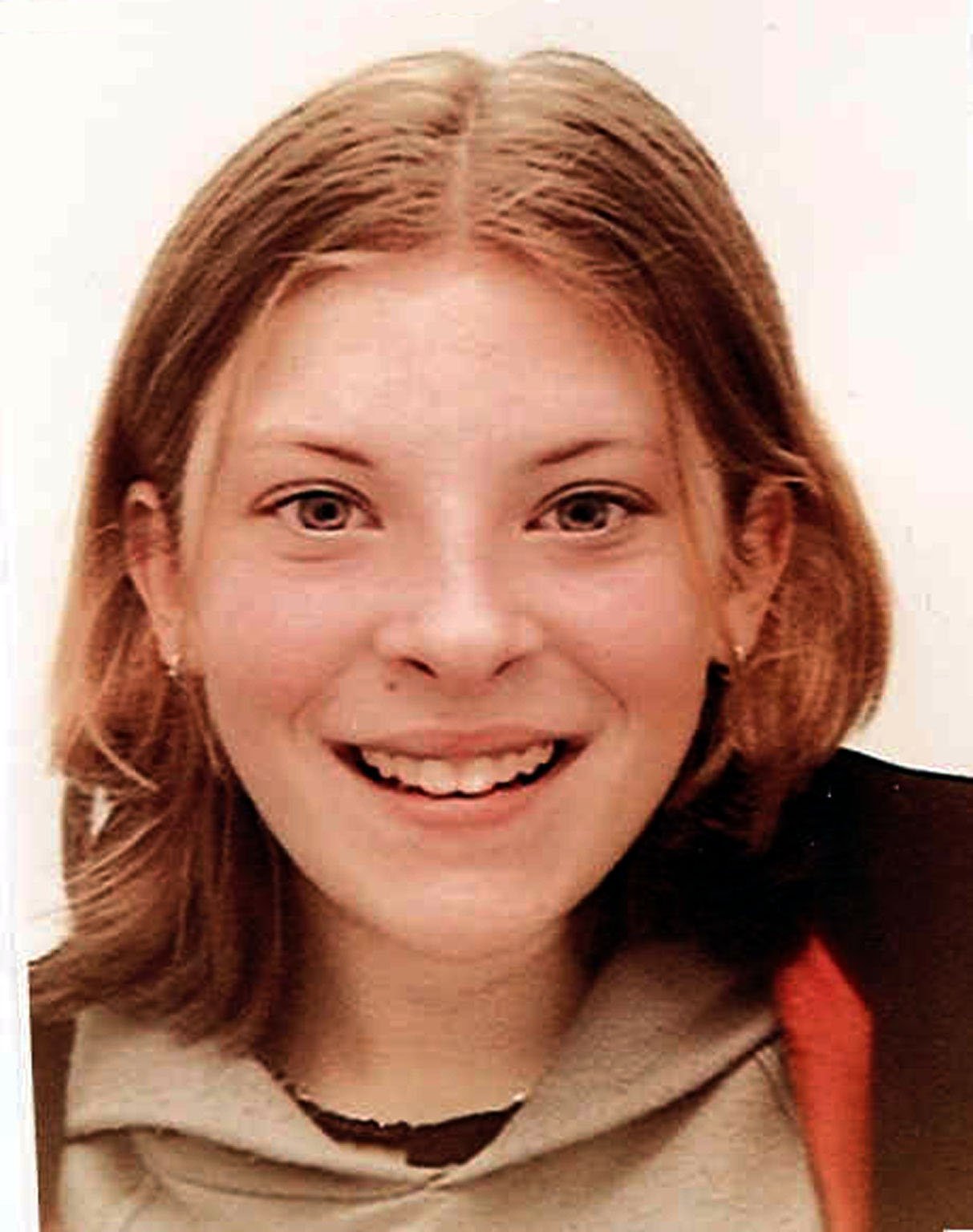 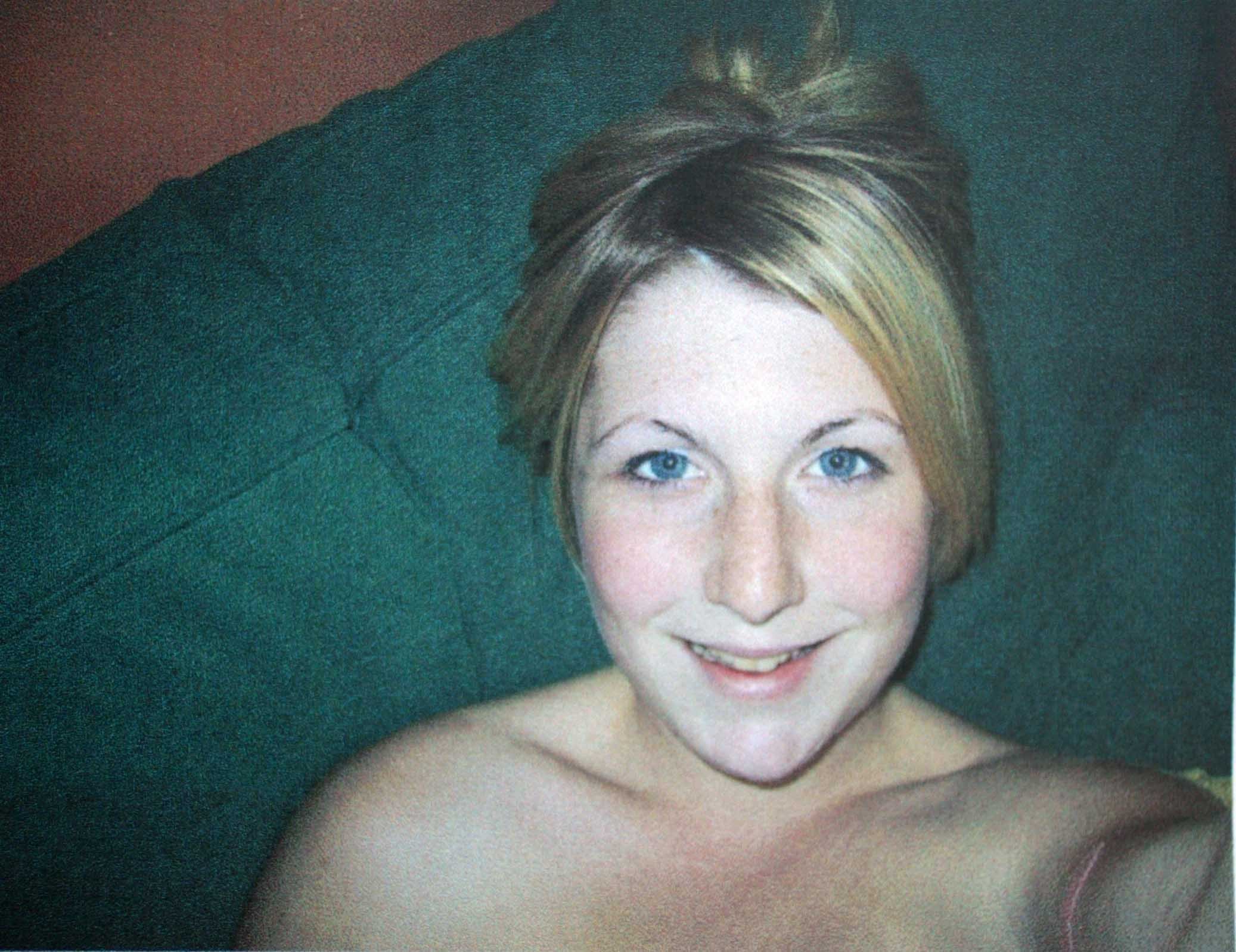 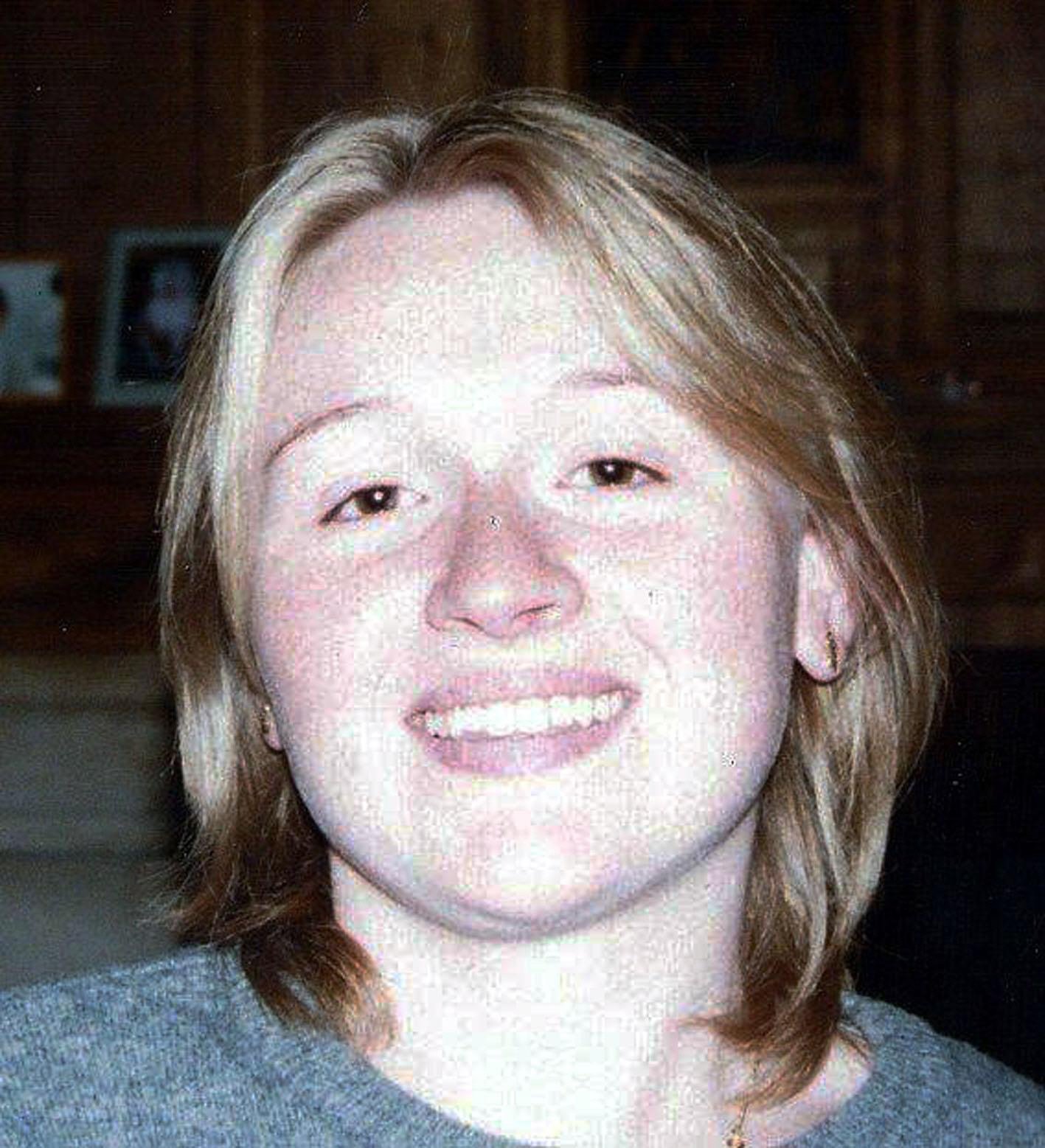 Her mum Linda, 58, said: “It’s frankly disgusting that Bellfield and other vermin could get this before some of the more vulnerable in our society.

“And the fact he, and potentially my daughter’s killer, have even heard about a letter about getting a jab before me is insulting.”

David Spencer, of the Centre for Crime Prevention, agreed: “It is a national scandal.

“The notion of criminals being prioritised over law-abiding citizens says everything about the way our criminal justice system is run at the moment.”

The second lag said: “I have been invited to have the vaccine in the next three or four weeks.”

That would mean he would get his first jab by February 15 — when the Government wants to have inoculated its top four priority groups.

The first include elderly care home residents and their carers, over 80s and frontline health and social care workers, over 75s and over 70s plus clinically extremely vulnerable individuals.

Next in line are over-65s and then 16 to 64-year-olds with serious underlying health conditions.

Vaccines will then be given to those aged over 55 and finally to people between 50 and 55.

The Sun on Sunday revealed last month that Bellfield, who changed his name to Yusuf Rahim after converting to Islam in prison, had been ill with Covid. But he did not need hospital treatment and has made a full recovery.

A prison source said: “For whatever reason, Bellfield and other inmates have received this note about the vaccine.

“People think it is wrong, because they would not have had anything if they were on the outside and would be way down the list.”

Calls have been made for prison staff to go on the vaccine priority list along with police officers — often faced with breaking up lockdown-flouting parties and being spat at by suspects.

A leaked Prison and Probation Service briefing — seen by The Sun on Sunday — told jail bosses that the vaccination programme in English prisons began on January 11 “with the delivery of pre-programme equipment (‘vaccination starter packs’) to prisons”.

It added: “Vaccinations themselves commence on January 25.

“The vaccination decision (e.g. which prisoners are identified to receive the vaccination) is a clinical decision that must be made by health practitioners. 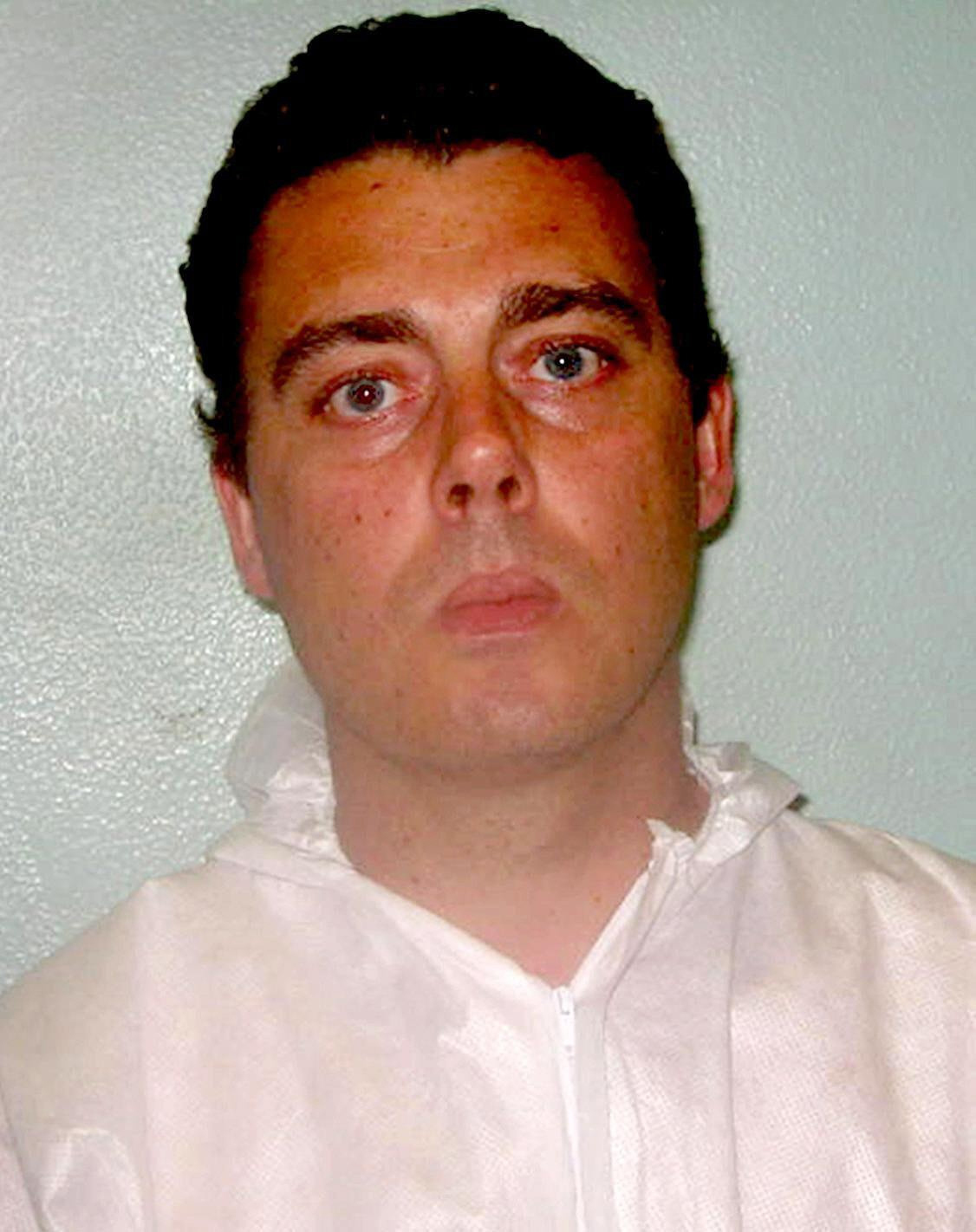 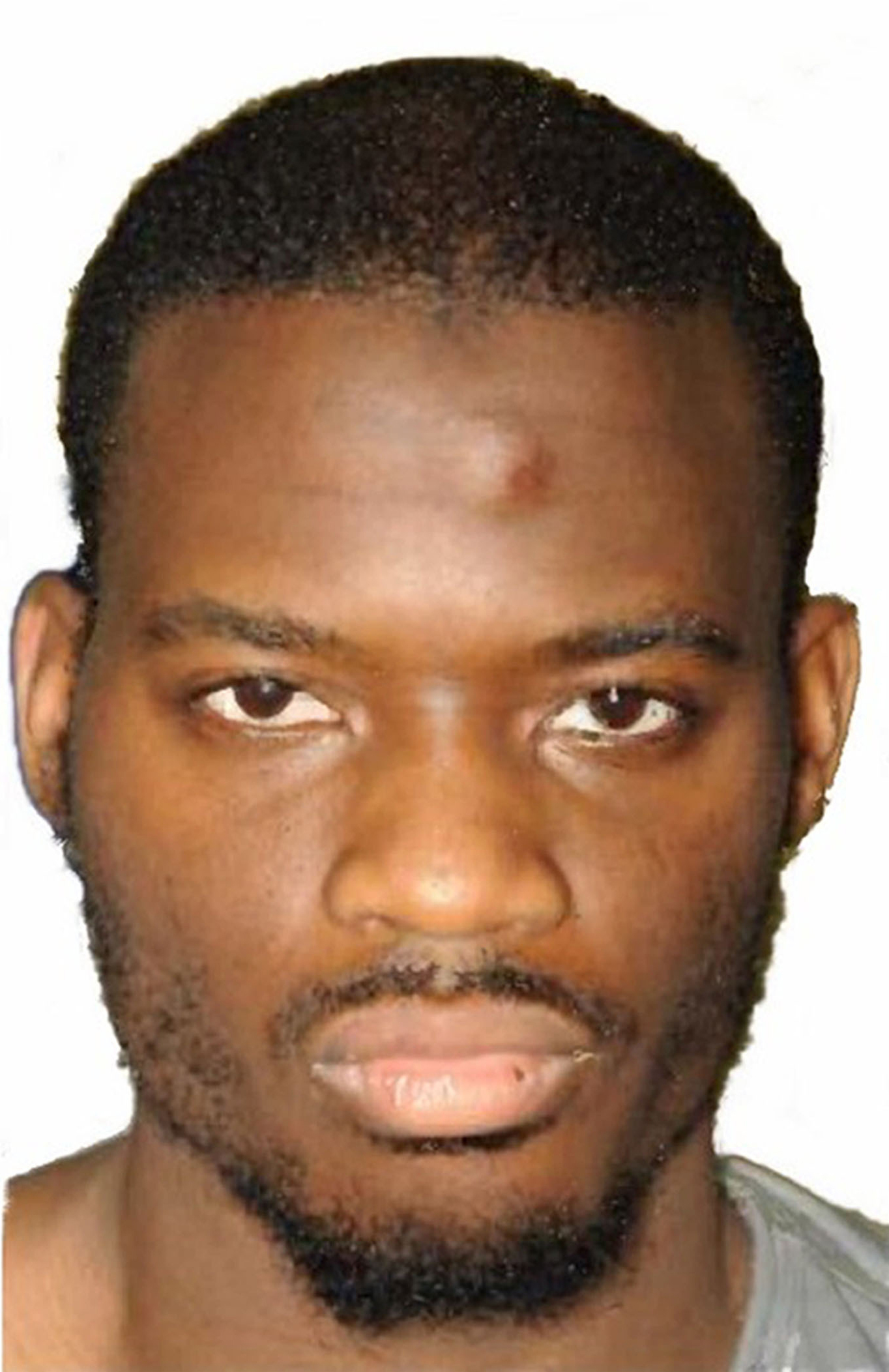 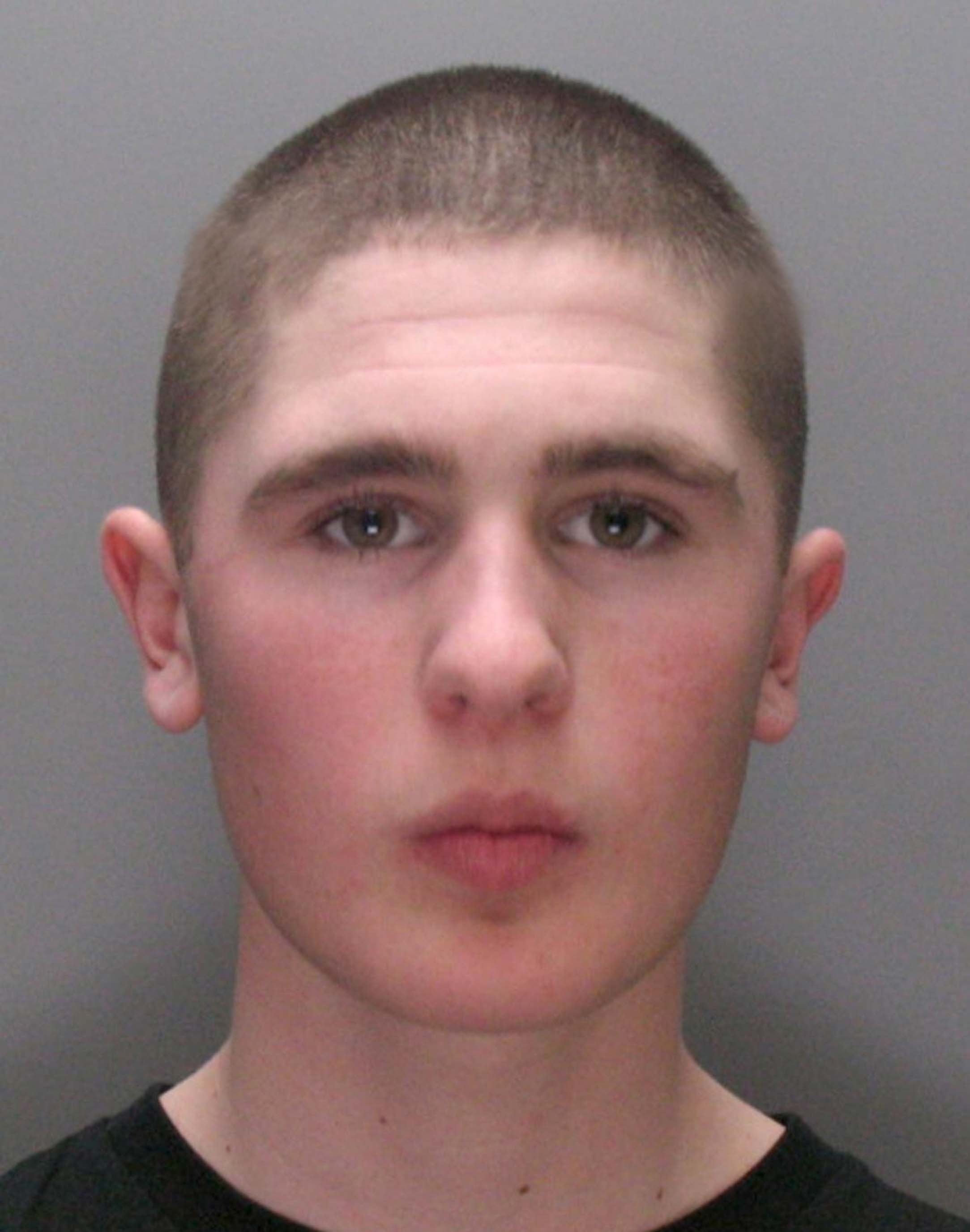 Sean Mercer, who murdered Rhys Jones, 11, is an inmate at Frankland PrisonCredit: Handout 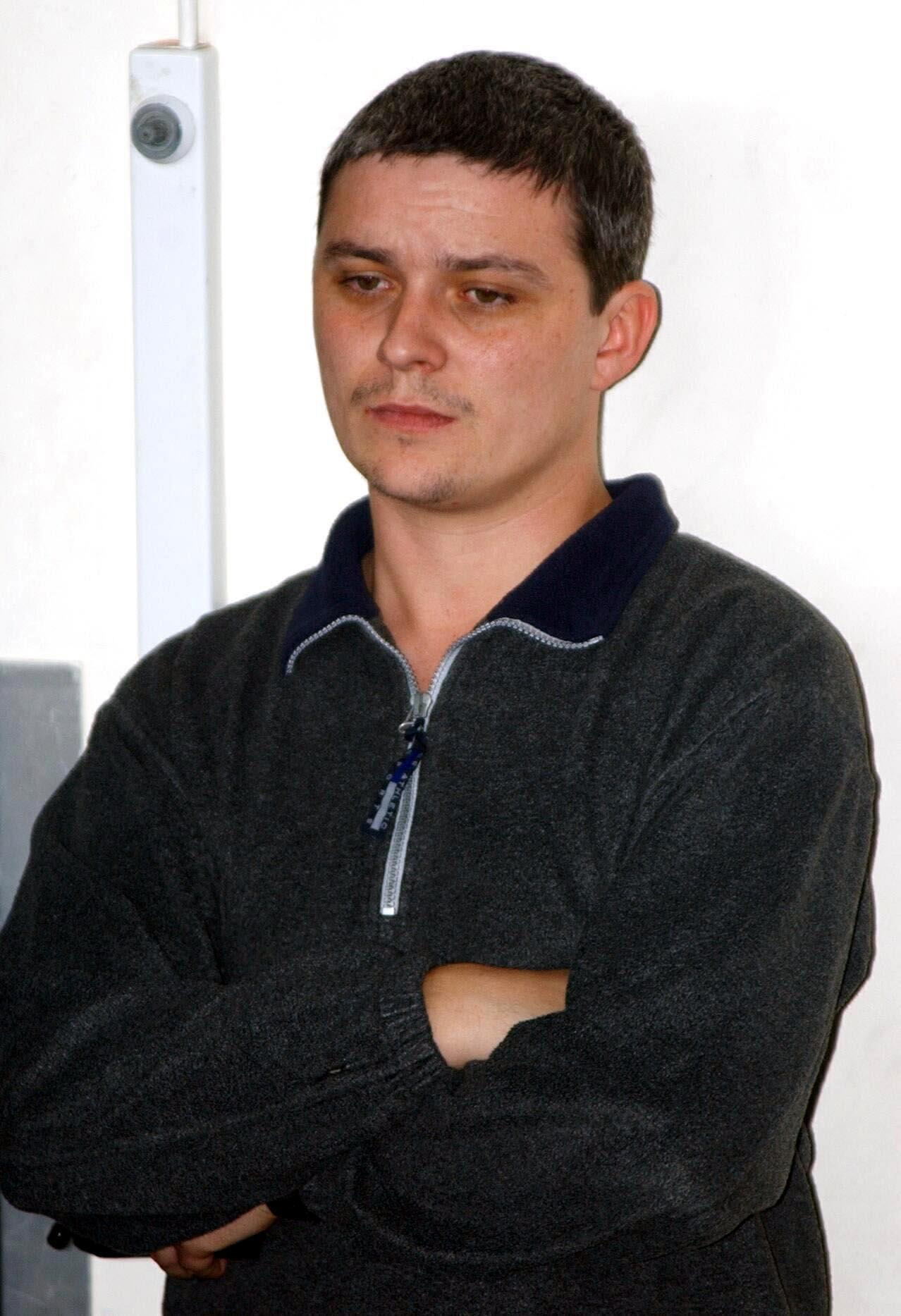 Ian Huntley, who murdered two girls in Soham, is also in the same prisonCredit: PA:Press Association

“Prisoner vaccinations are operated in each prison by the local contracted healthcare provider.

“The healthcare provider will be responsible for all aspects of the programme including storing all equipment and vaccinations, identification and notification of vaccine-eligible prisoners, dispensing the vaccination itself and post-vaccination monitoring.

“Prison responsibilities will include ensuring prisoners identified for vaccinations are safe in the lead up to the appointment, escorting prisoners to appointments and ensuring their safety as a vaccinated person within the establishment.”

The notes to prisoners arrived as millions of elderly Brits — including some care home residents — anxiously waited for letters and texts about their inoculations.

Many over-80s have still not had their first dose either, with fears being raised over vaccine supplies and a “postcode lottery”.

Just last week Selaine Saxby, Tory MP for North Devon, asked Health Secretary Matt Hancock: “My inbox is overflowing with elderly residents desperately worried that despite being over 80, 90 and even 100 they have still heard nothing.”

Others have had to queue at mass-vaccination hubs. 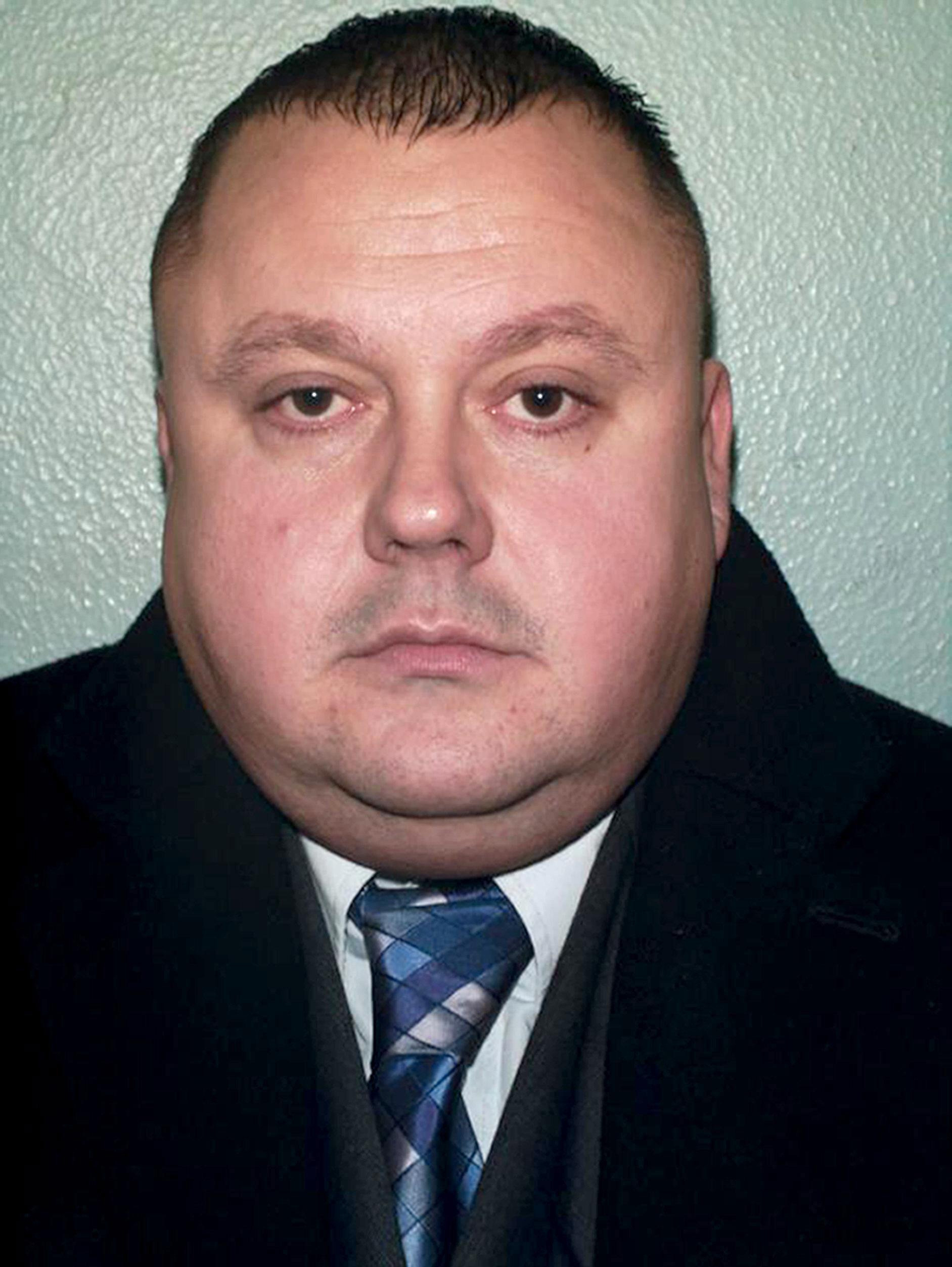 The Sun on Sunday revealed last month that Bellfield had been ill with CovidCredit: PA:Press Association/PA Images

The nearest to Frankland is in Newcastle, where there were complaints of “dangerous” conditions.

One woman who went with her 89-year-old father, who has Parkinson’s, said: “There were loads of people there. It was chaos.”

On Friday, PM Boris Johnson said that the country was “on track” to vaccinate 15million Brits at the highest-risk by February 15.

By last night, more than 5.8million had received their first Covid jab, with 285 people getting a dose every minute.

But with an adult population of around 53million, it means Bellfield and fellow inmates could be jabbed before more than 40million Brits.

An NHS spokesman said: “No prisoners have received the vaccine yet.

“But the NHS is legally required to vaccinate prisoners in eligible cohorts, such as those over 80, in line with guidance.” 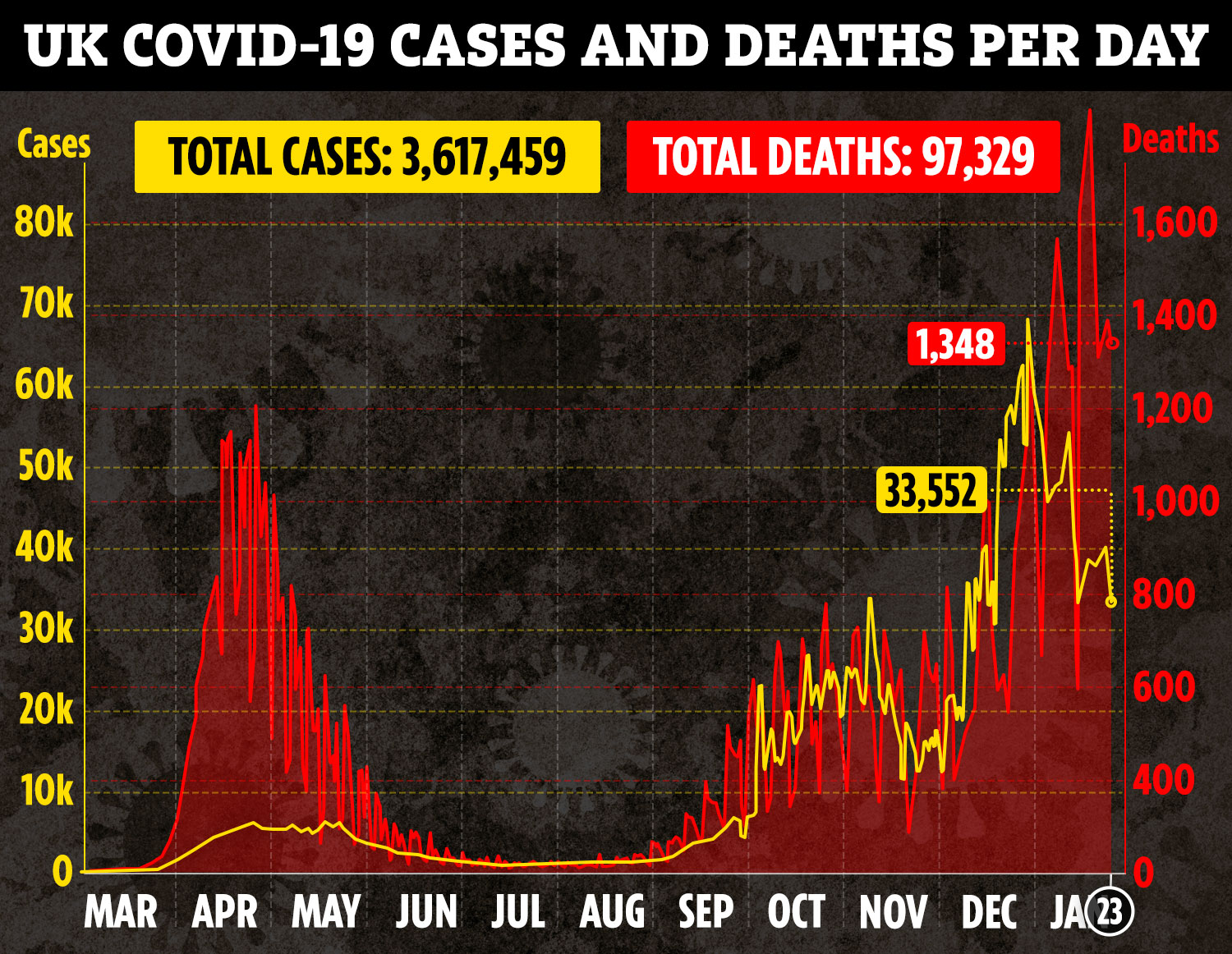 Last night, a Ministry of Justice source insisted: “There is no vaccine priority for prisoners, nor will there be.

“No minister has seen this letter or thinks criminals should get better access to vaccines than the law-abiding majority.”

And an MoJ spokesman added: “To suggest prisoners are being treated any differently to the general public is complete nonsense.”

Why this beggars belief…

AS Home Secretary for more than three years until December 2004, I held responsibility for prison and probation.

So I know at first-hand how important it is to avoid wholesale infection inside prisons.

But it beggars belief that prisoners, let alone a child murderer, should be given any opportunity of an early vaccine.

Frontline workers, over-80s and prison staff themselves are still awaiting their first shot.

This is the kind of insensitivity that not only outrages ordinary decent people but also creates a backlash we could do without.

Isolating prisoners rather than vaccinating them has to be the way of safeguarding other inmates.

I hope that the Justice Secretary will step in immediately and, not only find out what happened and why, but ensure that scarce vaccine doses are deployed to those at the greatest risk in the community.

Sometimes common sense goes out of the window. Sometimes people do daft things that they really regret.

I am astonished that both Justice Secretary Robert Buckland and Health Secretary Matt Hancock did not flag up to their minions the importance of sensitivity over the vaccine.

Revealing what has been going on and getting it put right is exactly what we want a free Press to achieve.

We’ve never needed this more in reinforcing confidence in what we are told and in the way that the processes work to achieve both fairness and health protection.

Getting it right is as much about avoiding complete cock-ups as it is demonstrating that the system is geared to protect those least able to protect themselves.

Phil Neville has left a young, talented Lionesses squad… now England have to go and win a trophy