A SCHOOL forced a 15-year-old student to isolate on his first day back over his two-tone hairstyle – even though salons aren’t open to fix it.

Jacob Lee-Stokes had just returned to school after months learning from home when teachers swooped. 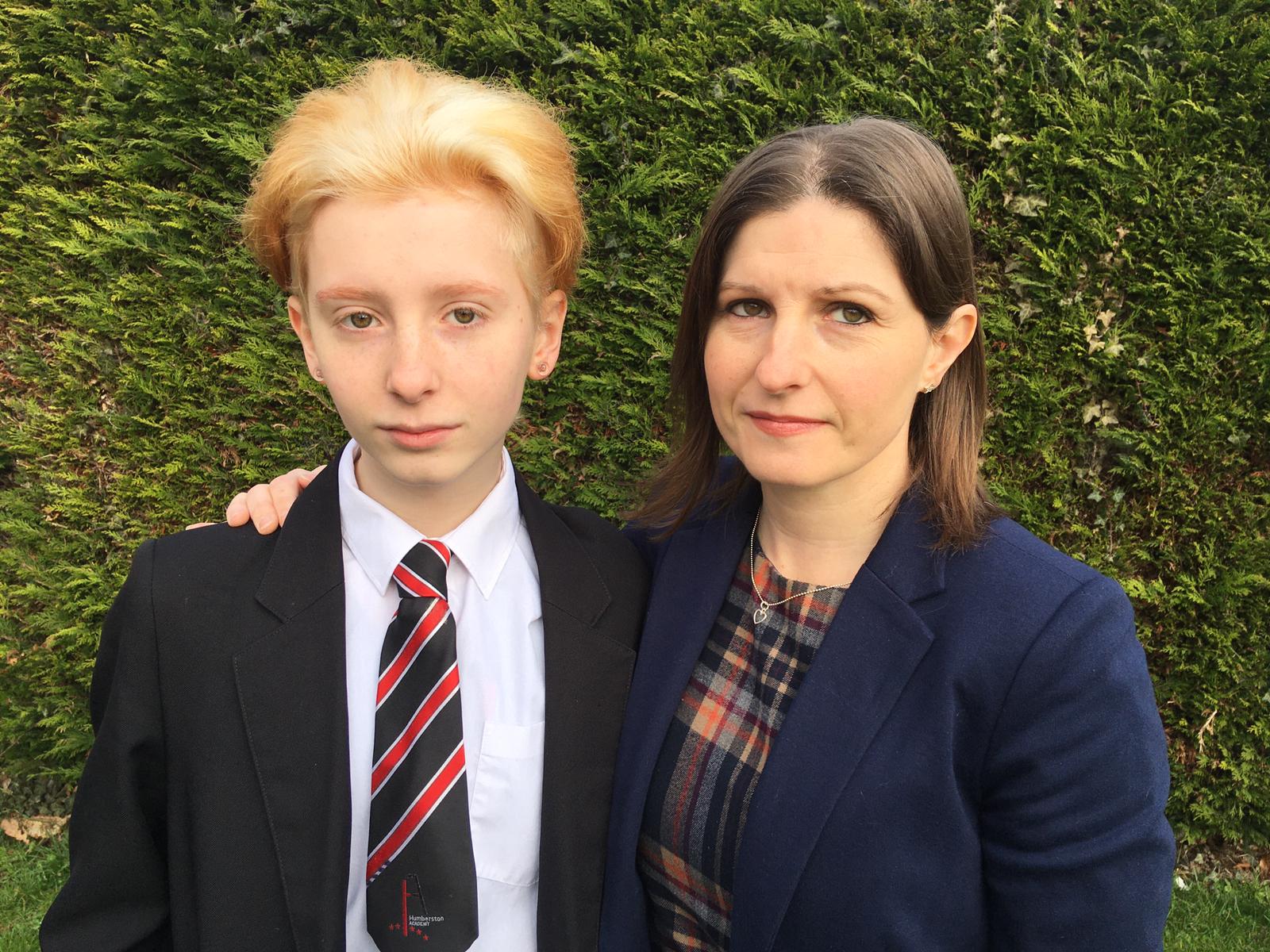 A schoolboy was put in isolation within minutes of returning to school over his two-tone hairstyleCredit: MEN Media

And after his mum complained that his barnet can’t yet be fixed as a result of lockdown, she was told to shave the teen’s head.

Jacob dyed his hair blue and pink during his time out of the classroom – before washing the colours out and bleaching it blonde.

But his experiments in hairdressing have left him with a mop that has two different colours in it.

And when he returned to Humberston Academy in Grimsby, Lincolnshire, he was told he couldn’t mix with pals after months apart.

Instead, he spent the day doing schoolwork alone.

Mum Gemma Leaning said when she told the school she had no option – and only owns a set of dog clippers herself – she was told to give her son a buzz cut.

“There are loads of students with dyed hair.

“There are some whose hair colour has come back through the roots and
looks two-tone. For some that’s acceptable – but obviously not for Jacob.

“After all the weeks of home learning, he goes off to school at
8.20am, and then I get a call at 9.15am to say he’s in isolation for the whole day. 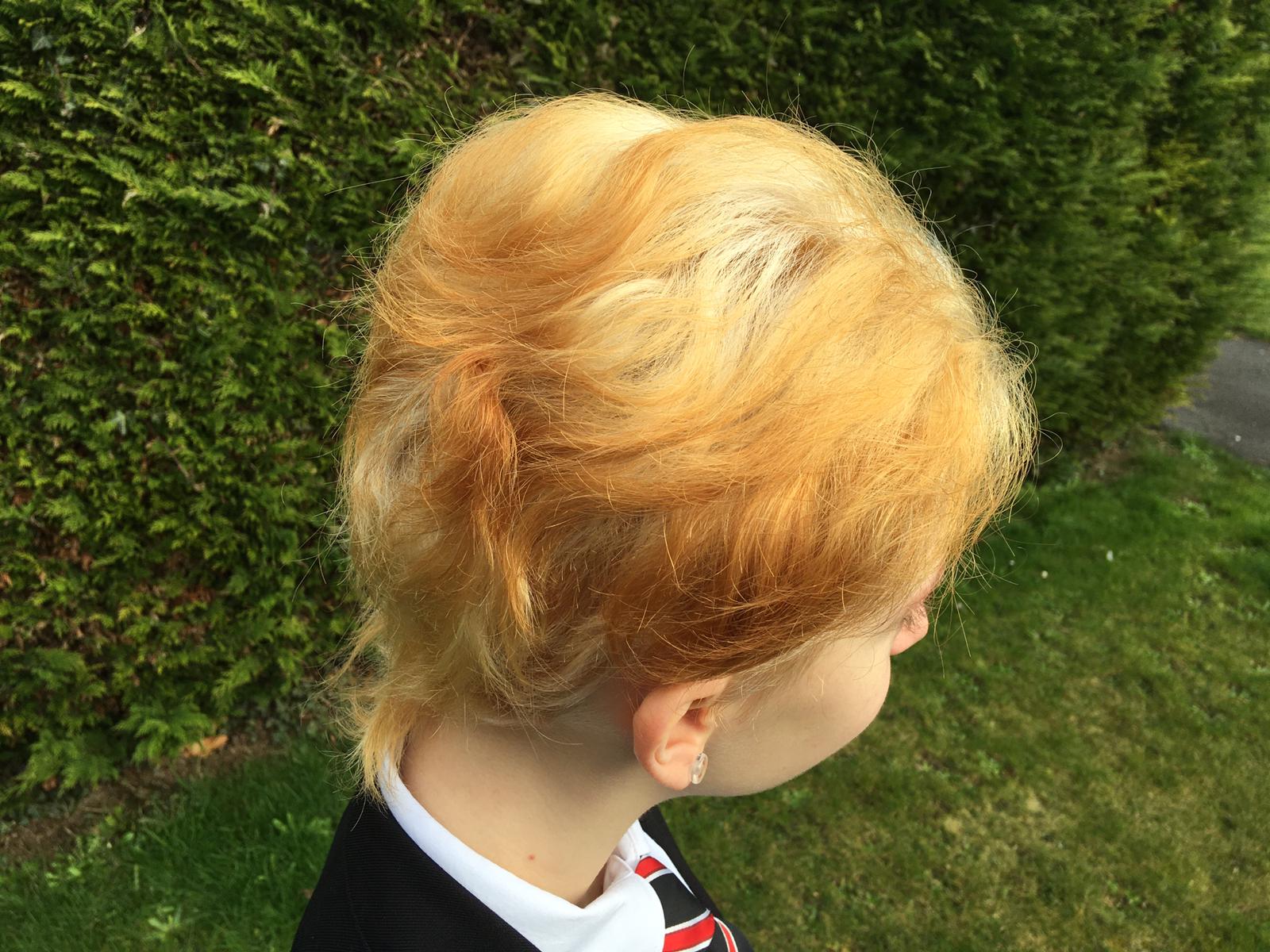 Jacob dyed his hair pink and blue during lockdown before bleaching it blondeCredit: MEN Media

“I understand the school’s policy, and would normally have taken him to the hairdresser, but no one has that option during lockdown.

“I don’t know what they expect parents to do.

“They wouldn’t say ‘shave your hair’ to a girl.

“Who’s to decide what looks nice and what doesn’t?”

She says her son is well-behaved in class and doesn’t cause trouble.

“He’s looking at which university he wants to study at. He did all his work in lockdown, set up a mini-enterprise, and is predicted to get good grades.”

I don’t know what they expect parents to do.

And she claims other students were forced into isolation for having the wrong uniform – as shops selling kit to students remain closed.

“I think there needs to be a bit more common sense and less of a petty approach by schools,” she said.

Jacob said his registration on the first morning was approved but he was stopped outside class.

He said: “I would like to see schools focus more on how well kids are doing in themselves rather than how they look.”

And he said he found isolation so stressful he missed his second day back over anxiety.

A spokesperson for David Ross Education Trust, which runs Humberston
Academy, said: “While we have high expectations when it comes to uniform, we are also empathetic – so for instance, if a student comes into school without the right uniform, we are able to provide spare items for them to wear.

“We also have clear expectations of appropriate hair styles, including hair dye.”

UK cruises could resume in May as travel restrictions end