RUSSIA has branded the Sputnik vaccine its “new oil” and hopes to make more than £9billion by selling it – with jabs becoming more valuable than AK-47s.

Vladimir Putin was today being vaccinated against coronavirus, according to the KremlinCredit: EPA 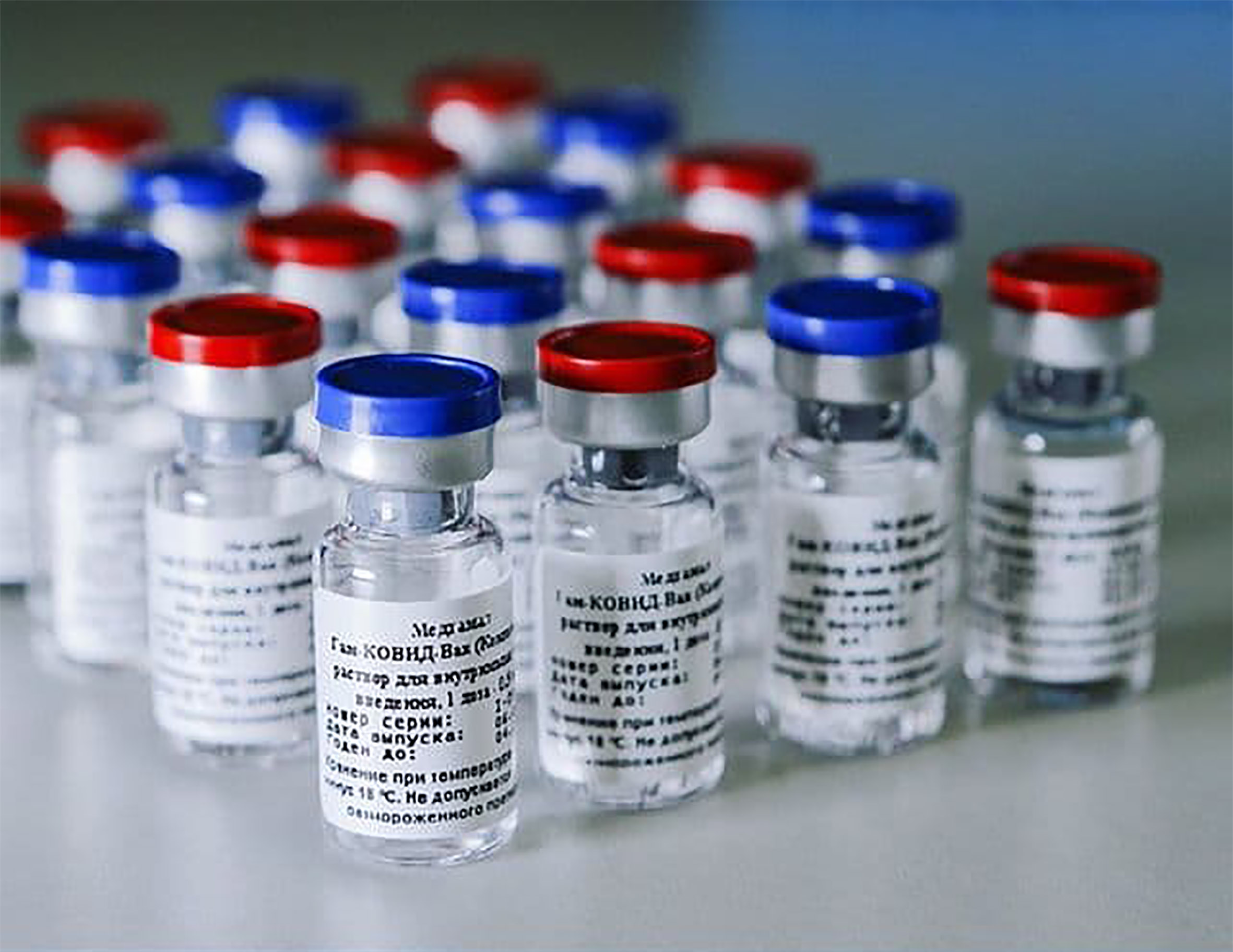 Russia has branded the Sputnik vaccine its ‘new oil’ and hopes to make more than £9billion by selling itCredit: Sputnic-vaccine

The claims came as Vladimir Putin was today being vaccinated against coronavirus, according to the Kremlin.

His spokesman did not say which of three Russian-made Covid vaccines Putin was being jabbed with.

“We expect that he will get a vaccine shot by the end of the day,” said Dmitry Peskov.

“We will not show this, you will have to take our word for it.”

As for being vaccinated in front of the cameras, he does not like it.

He told reporters: “As for being vaccinated in front of the cameras, he does not like it.”

Russia today said it would manufacture 89 million doses of vaccine in the first six months of this year, a combined figure for three separate drugs – Sputnik V, EpiVacCorona, and CoviVac.

“We think that if vaccination continues at a pace it is carried out now, we will be able to attain this goal in August. But I think the process will be faster,” she said.

KP boasted – without giving figures – that Sputnik V, Russia’s first vaccine, will be a major money spinner for the country.

It headlined a story declaring: “Sputnik V is our new oil: Russia will make more money on vaccines than on weapons.”

Kirill Dmitriev, head of the Russian Direct Investment Fund, was quoted saying: “We have the best vaccine, and it has nothing to do with politics.”

He chided the West for “always” trying to portray Russia as “black” and “tarnish its reputation”.

Political expert Vitaly Tretyakov said: “A year ago, everyone doubted our abilities….”

But “when a big threat arose, our system began to work super efficiently, because it was necessary to solve a specific problem in a very short time.”

The article claims that “everyone wins when we give our vaccine to other countries to produce”.

But Russia’s hopes of cashing in on its vaccines depend on a huge increase in production.

So far 6.3 million Russians have been vaccinated, with 4.3 million having had two jabs.

8,000 PS5 restock due at Amazon UK this week in major increase

Amazon’s Spring Sale is a must for skincare fans with deals on CeraVe, Elemis and more