THE risk of two-fully vaccinated people catching Covid from meeting up inside is “tiny”, a scientist has claimed.

Professor Tim Spector, from King’s College London, said there is just a “one in 400,000 chance” of catching the bug while indoors with someone else who has been vaccinated. 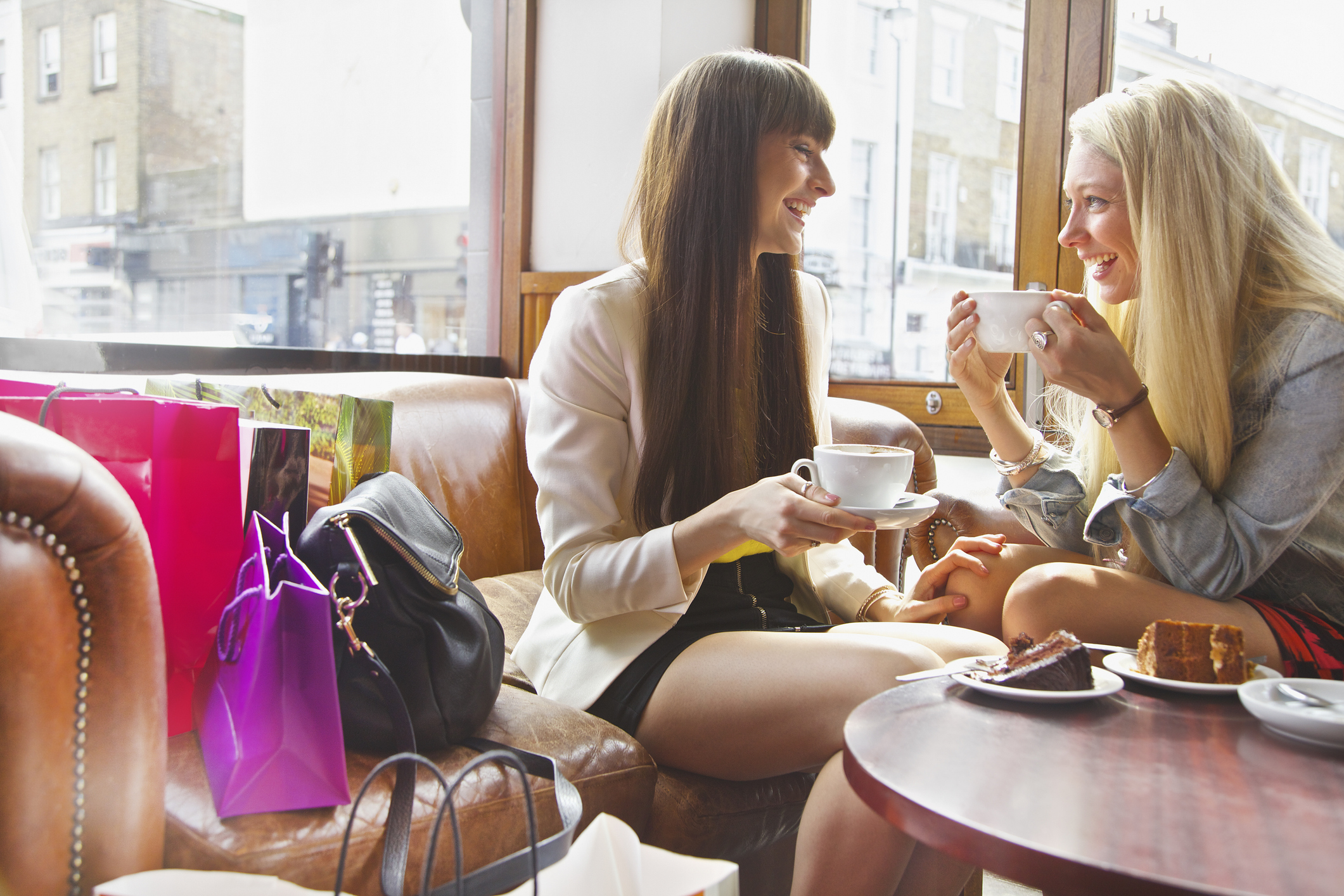 The risk of two-fully vaccinated people catching Covid from meeting up inside is ‘tiny’, a scientist has claimed (stock image)Credit: Getty 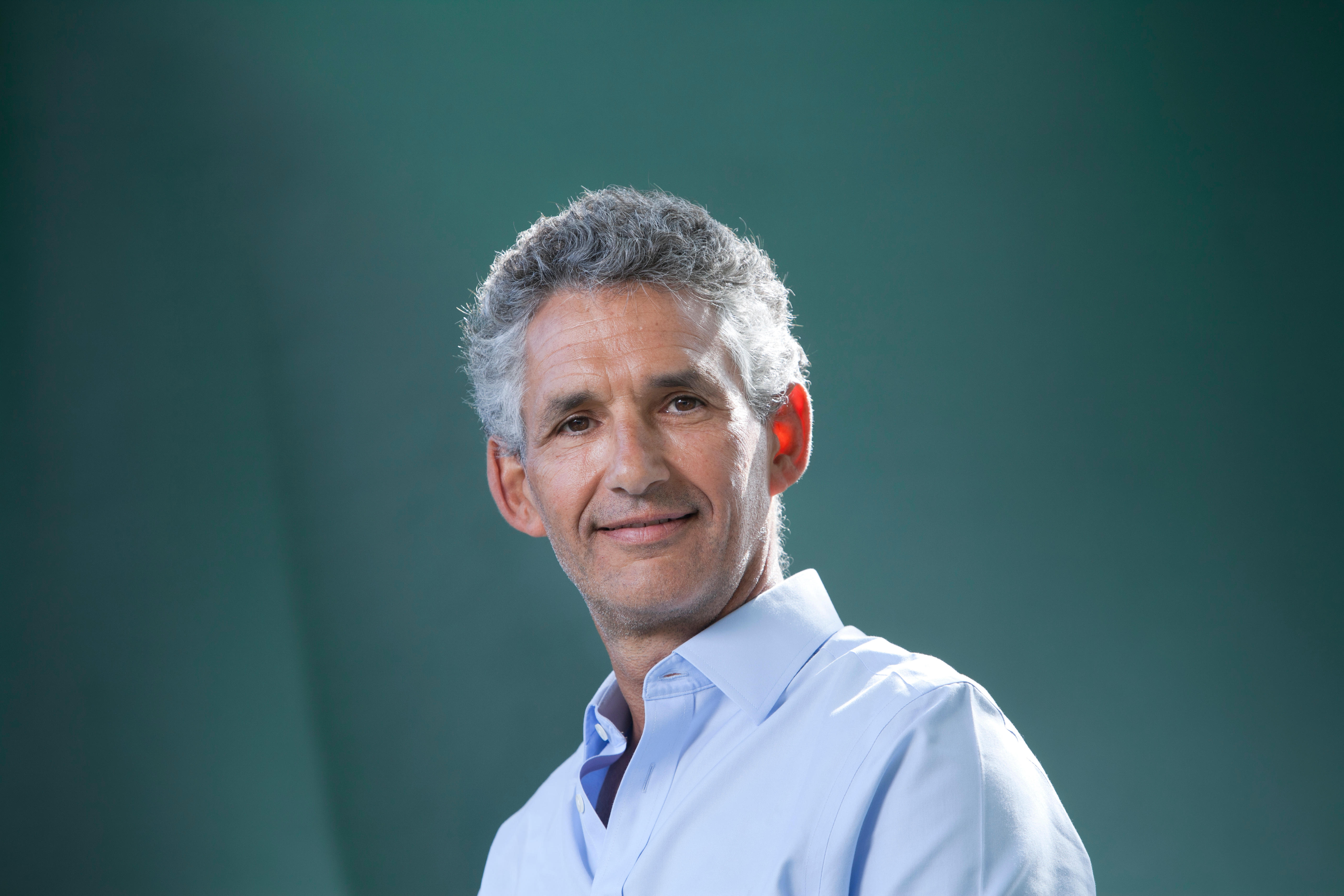 Professor Tim Spector said there is just a ‘one in 400,000 chance’ of catching the bug while indoors with someone else who has been vaccinatedCredit: Alamy

Professor Spector told the Telegraph: “The Prime Minister recently told us that two people who have been fully vaccinated really shouldn’t meet because it wasn’t 100 per cent safe.

“I want to give it some context. It all depends on how much virus is around in the country and currently with rates of one in 1,400 for someone who has been fully vaccinated, according to our data and the trial data, it suggests they are at a 20th of the normal risk, which means their risk is about one in 28,000.

“So if they’re meeting someone with equally low risk the chance of those giving to each other are really absolutely tiny.”

It comes as Brits will receive a well-deserved taste of freedom tomorrow in a major easing of England’s Covid lockdown.

Hairdressers, non-essential retail, as well as indoor gyms and swimming pools, will also reopen as the country takes another leap back towards normality along the road map to ending restrictions.

Libraries, zoos and nail salons will also reopen as greater outdoor interaction is permitted while mixing with other households indoors remains heavily restricted.

Businesses and citizens eagerly anticipated the renewed freedoms, but any fanfare for the easings has been somewhat muted by the national mourning for the Duke of Edinburgh.

After months of being shuttered, pubs and restaurants have undertaken renovations to maximise their ability to serve customers outside.

But the British Beer and Pub Association estimates that just 40 per cent of pubs in England have the space to reopen for outdoor service.

Both the 10pm curfew rule and the requirement to order a substantial meal with a drink have been scrapped, but social distancing must be abided by.

Coronavirus deaths have dropped to single figures for the first time in seven months the day before the next great unlocking of Britain unfolds.

Today’s figures revealed seven deaths had occurred in the past 24 hours – the lowest since September 13.

The latest figures show 1,730 new cases have been registered in the past 24 hours – the lowest daily number of infections since September 2 last year. 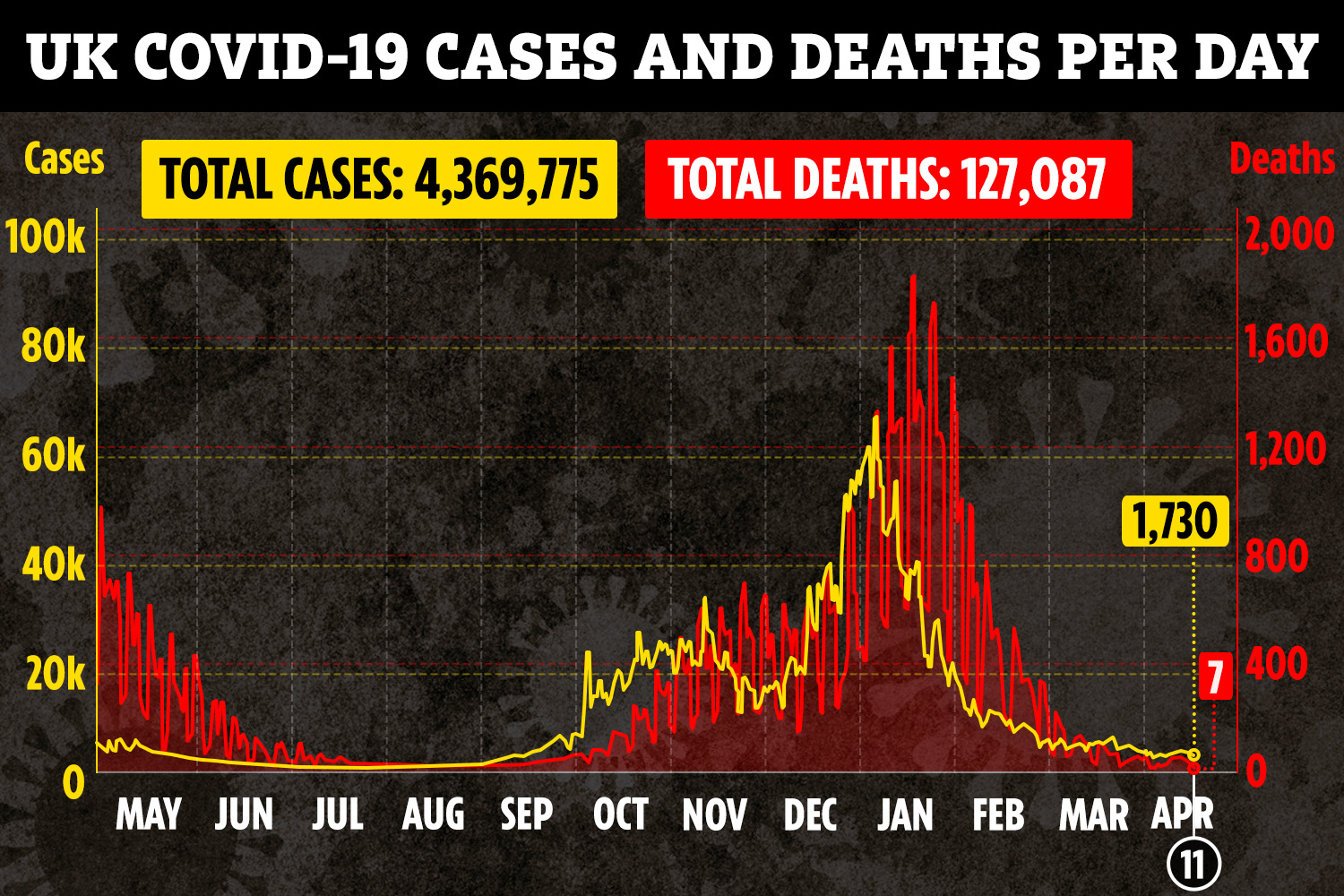