THE Chancellor has ignored please for a “Shop Out to Help Out” scheme to save the high street.

Reports last month suggested the Government was looking at issuing Brits shopping vouchers to spend in stores – but the scheme was left out of today’s Budget. 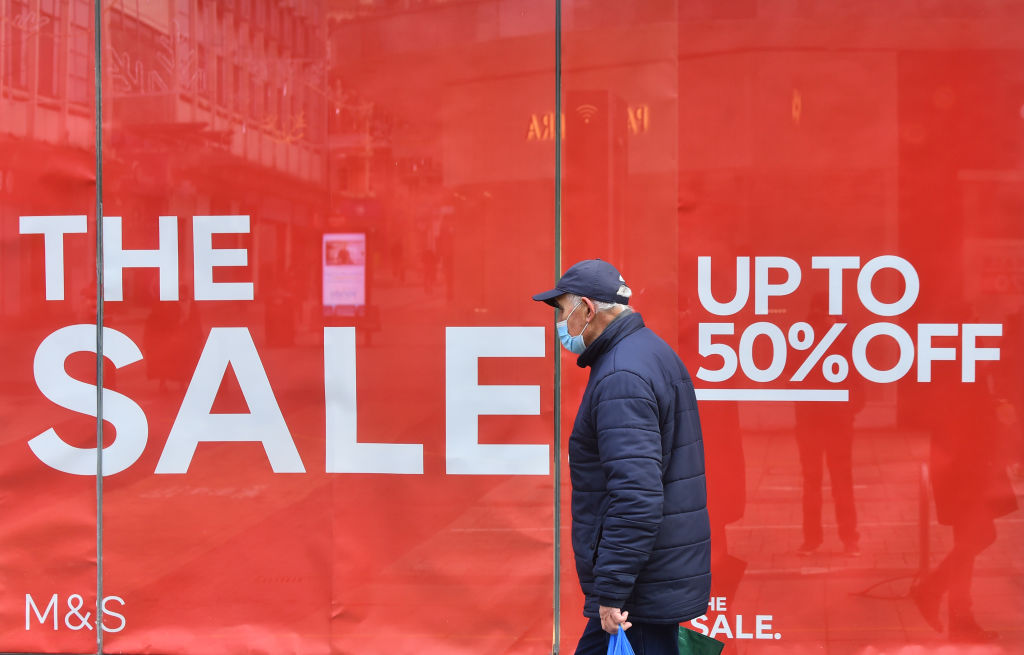 Retailers have suffered huge blows over the past year as lockdown restrictions has forced them to temporarily close for months on end.

Influential think-tank The Resolution Foundation said last week that the Chancellor must pump £30billion into business bailouts, furlough and a Shop Out to Help Out voucher scheme to aid the high street.

The shut downs have taken a devastating toll on many, despite them being allowed to operate online and stay open for click and collect.

Many brands have gone bust with thousands of jobs axed or put at risk.

Topshop, Miss Selfridge, Monsoon Accessorize and Laura Ashley are just some of the retailers that won’t be welcoming back customers once lockdown lifts.

The idea of shopping vouchers to encourage shoppers to return to the high street was also suggested last time lockdown was lifted.

When quizzed on a shopping voucher scheme on Times Radio last week, Rishi Sunak said: “We get lots of suggestions in the Treasury and I’ll have a look at that as well.

“But I think what we saw last time is that consumption does recover quite strongly when we reopen things.

“We didn’t know what would happen last time but that’s actually what did happen which is good and could give us some optimism for the future.”

Instead, Mr Sunak unveiled a £5billion pandemic rescue fund for the high street in the Budget.

Shops, pubs and restaurants will be able to claim grants of up to £18,000 to help them stay afloat when they are allowed to reopen.

scheme aims to help Britain’s economy recover from a horror year brought on by the Covid pandemic.

Non-essential retail businesses, which can open in mid-April, will be able to receive grants of up to £6,000 per premises.

Announcing the scheme, Mr Sunak said: “We’ve been providing businesses with direct cash grants throughout the recent restrictions. These grants come to an end in March.

“I can announce today that we’ll provide a new Restart Grant in April, to help businesses reopen and get going again.”

In his Budget, Mr Sunak announced extra help for 600,000 self-employed Brits who have been shut out of Government support during the pandemic.

It means they will be able to access the £7,500 in extra help that others have been able to claim.

Furlough has also been extended and will continue to cover 80% of workers’ wages.