BORIS Johnson is drawing up plans to test more than 400,000 Brits a day in homes and workplaces in a bid to clear a path out of lockdown.

NHS Test and Trace is preparing for nationwide ‘surge’ Covid testing which will see millions of lateral flow tests posted out each week. 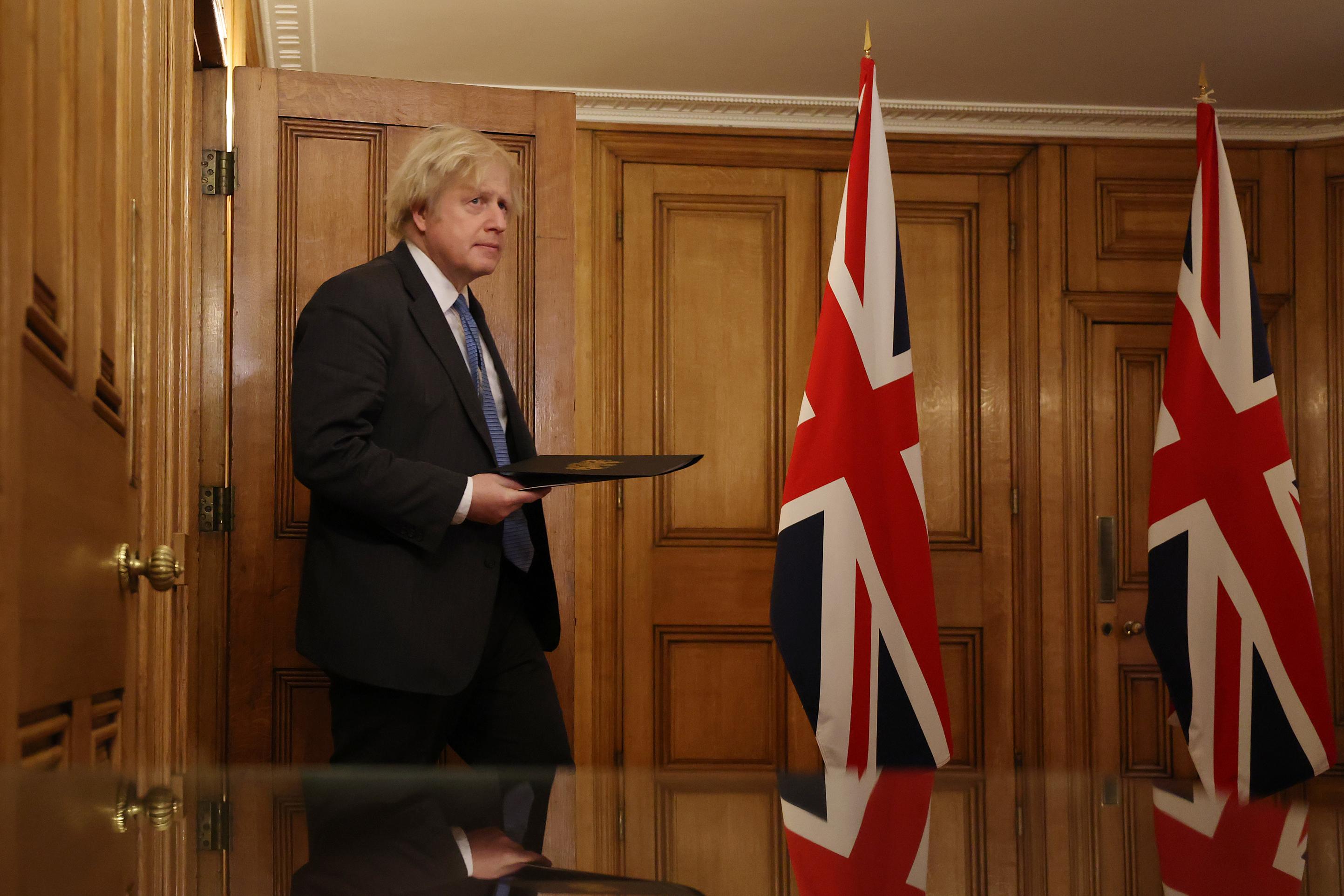 Boris Johnson is expected to announce the testing rollout next weekCredit: Crown Copyright 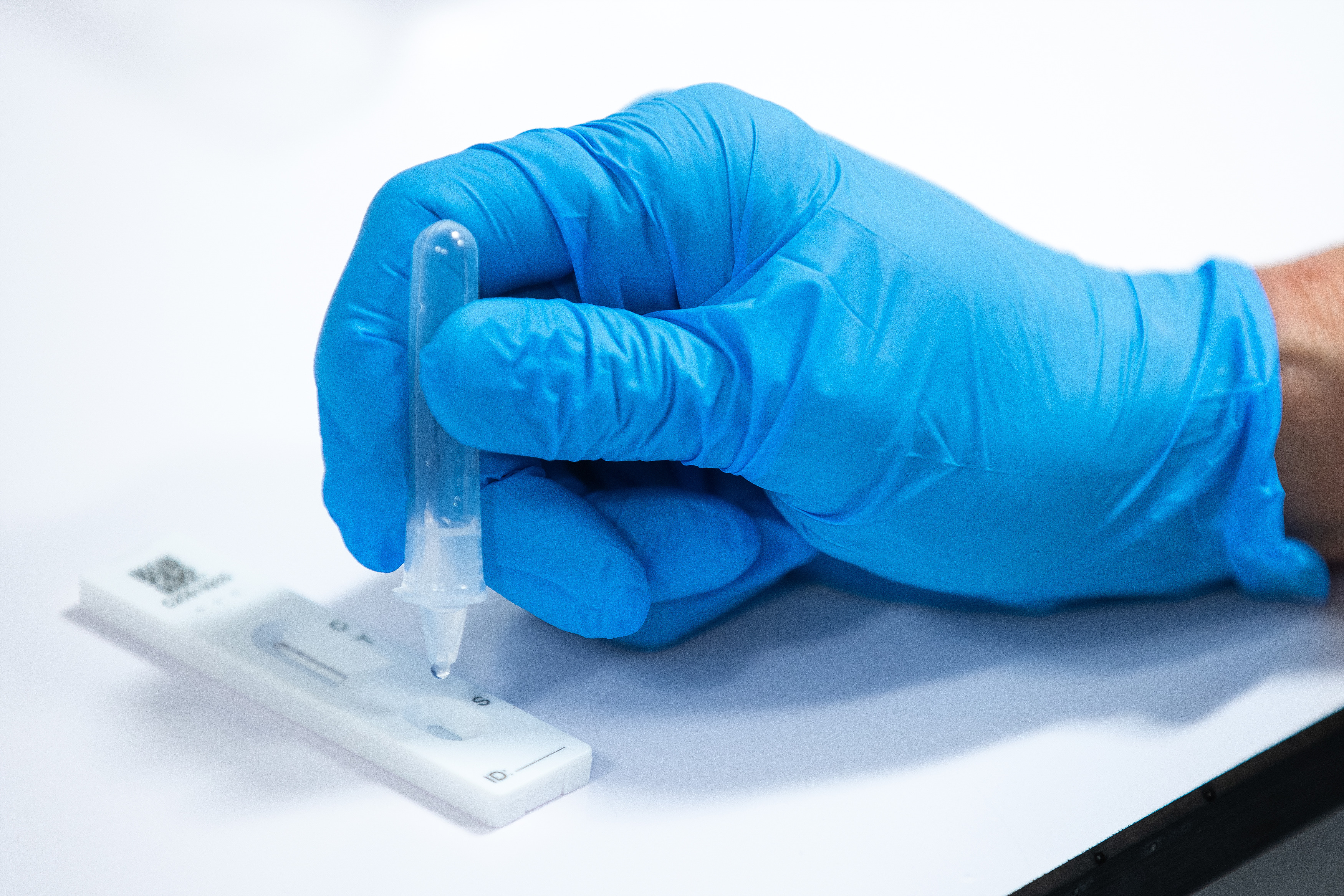 The Royal Mail is being geared up for the huge scaling up of deliveries which will see around two-thirds of the population offered repeat rapid tests from next month.

The Times reports the scheme will be accompanied by a publicity campaign called “Are you ready? Get testing. Go.”

Boris Johnson has previously hinted lateral flow tests could be the future of allowing events such as weddings and sports events to go ahead.

He was asked during a No 10 press conference last week whether a mass testing drive could allow weddings and other large gatherings to resume. 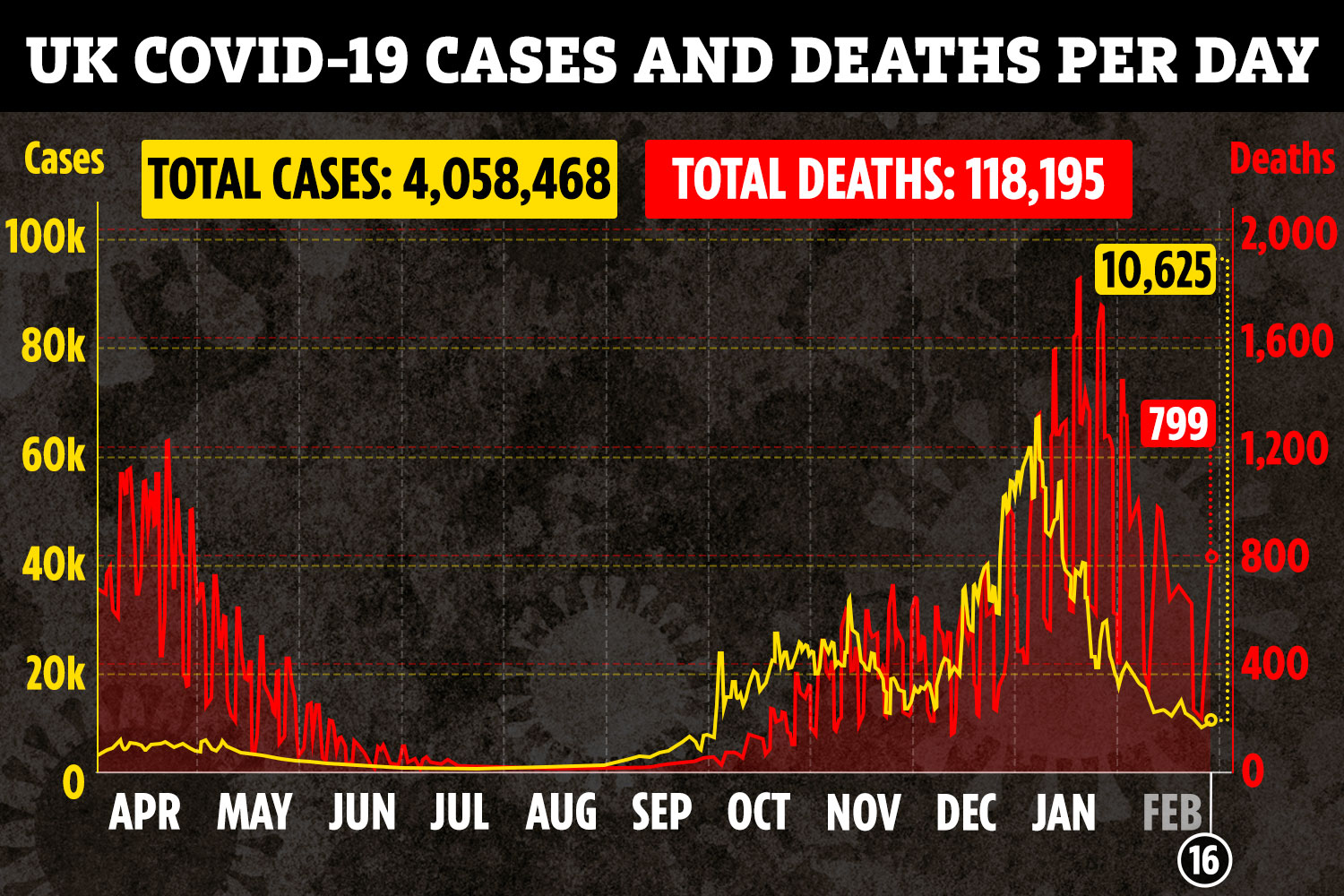 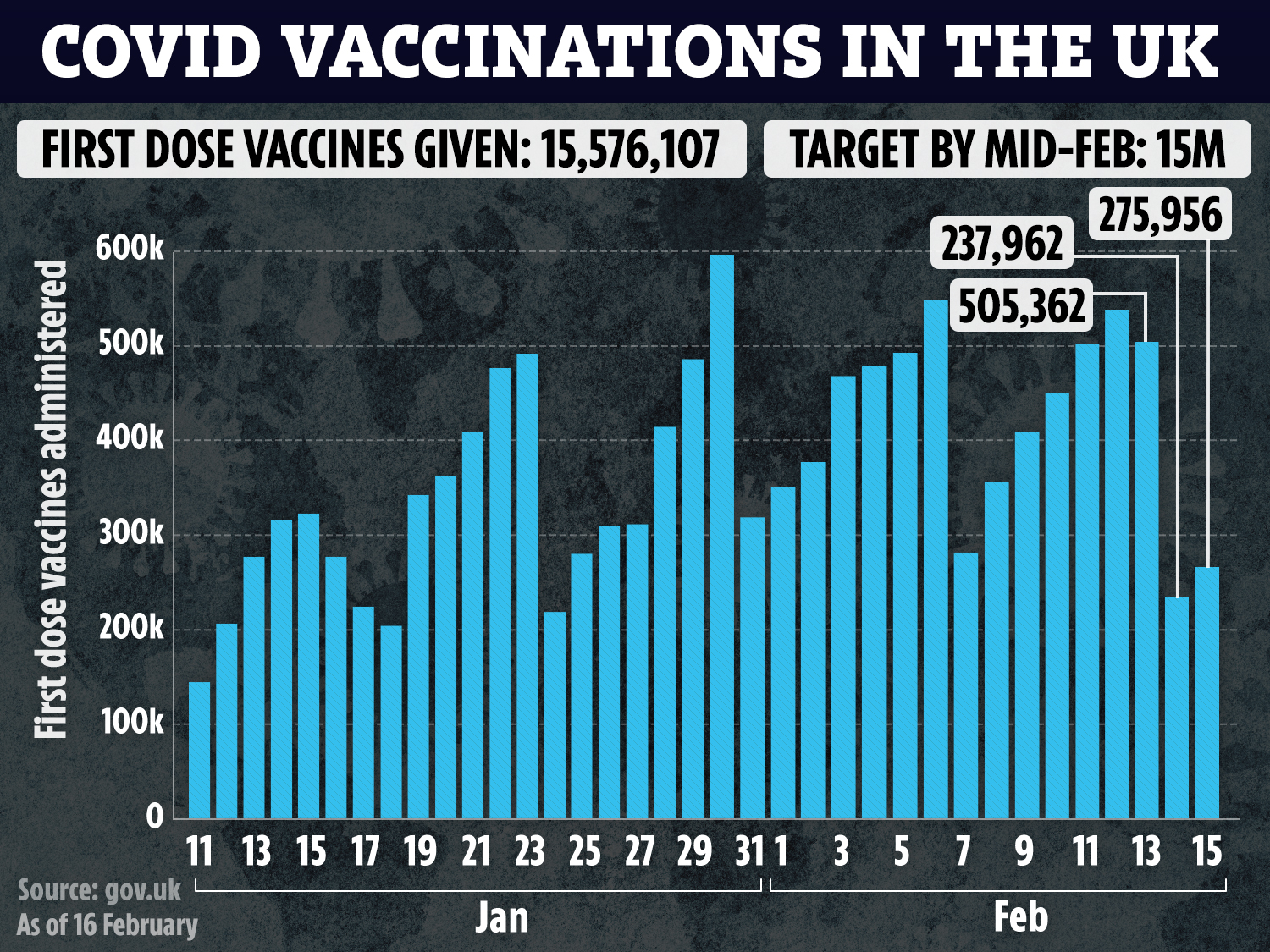 The UK has now given more than 15.5m Brits at least one Covid jab

Mr Johnson said: “I’m a massive enthusiast for the advantages of lateral flow testing and daily testing – it’s getting ever more sophisticated.

“There are tests that you can do now that just require a saliva test, faster than the ones you put up your nose.

“These will really come into their own as we get the vaccination programme really going down the cohorts, and as we start to be able to unlock.

“And lateral flow testing we think will be of continuing benefit to businesses and to events of all kinds as an additional safeguard.”

The PM is expected to give details of the mass testing programme when he delivers his roadmap out of lockdown on February 22.

The PM has already confirmed primary school pupils will return to class on March 8 and could be joined by secondary schools as well.

What are lateral flow tests?

Lateral flow tests are testing kits which require either a nasal swab or saliva sample and can produce results within 30 minutes.

The tests are less sensitive than laboratory tests but are believed to be useful in identifying patients carrying a high viral load.

The medicines regulator has previously expressed caution about the accuracy of lateral flow tests being carried out by untrained people.

The tests are already been used on many university campuses across the country, although some unis are advising students to take two tests, three days apart to be sure of the result.

It is hoped that home testing would pick up a higher quantity of asymptomatic infections as currently only people with Covid symptoms are advised to book appointments at most testing centres.

It is hoped after schools are reopened across the UK, restrictions will be eased to allow adults to meet outside.

After that, it is hoped non-essential shops could reopen by the end of March and al-fresco table service allowed at pubs and restaurants.

Whitehall sources say pubs and restaurants could be given the green-light to allow punters inside, with social distancing, in May. 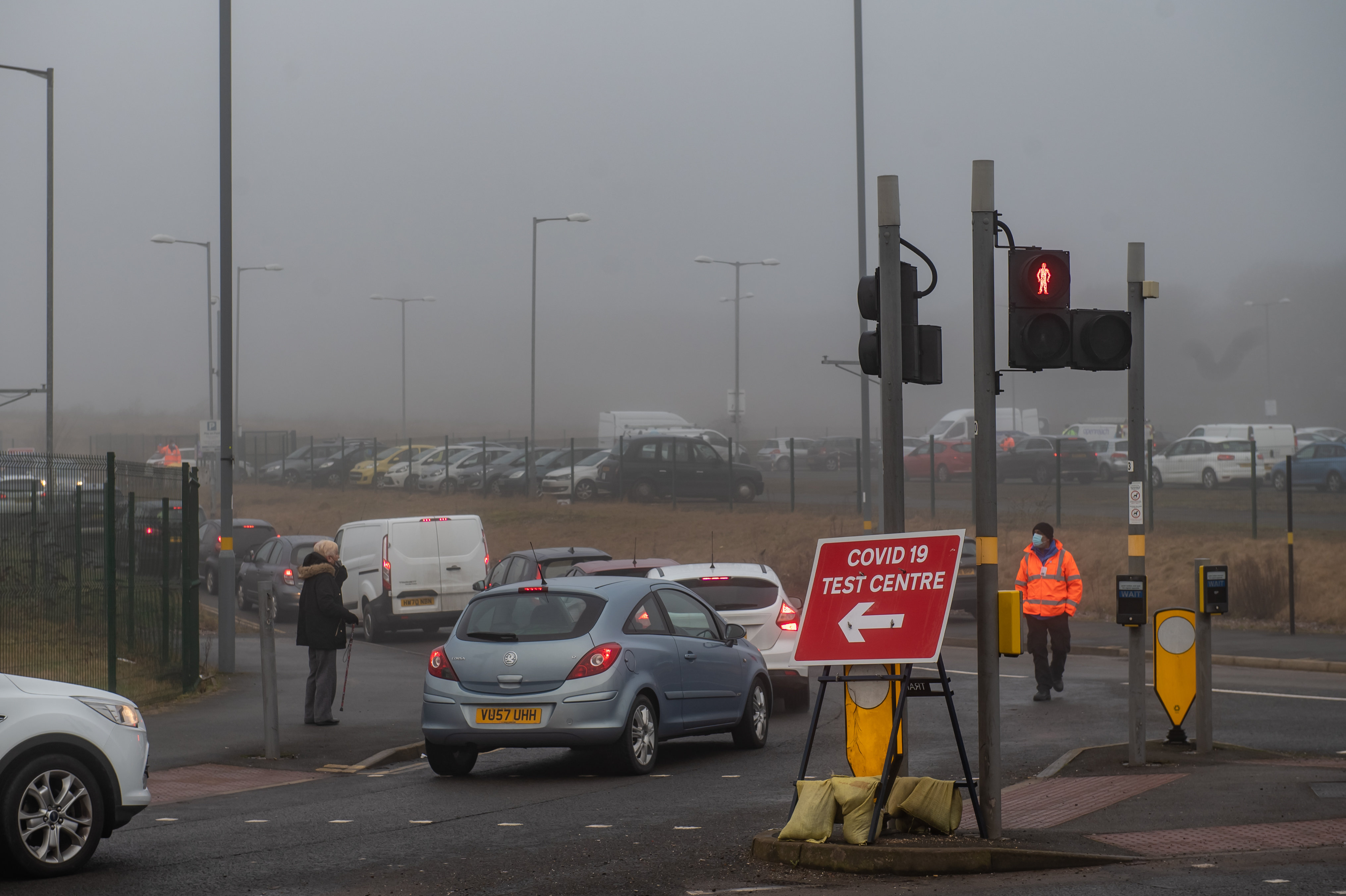