WOMEN may be more likely to be admitted to ICU with Covid-19 if they are pregnant, new data shows.

Officials are investigating the reasons why, but said it may simply be due to a shift in the type of people who get tested or are seen in hospitals. 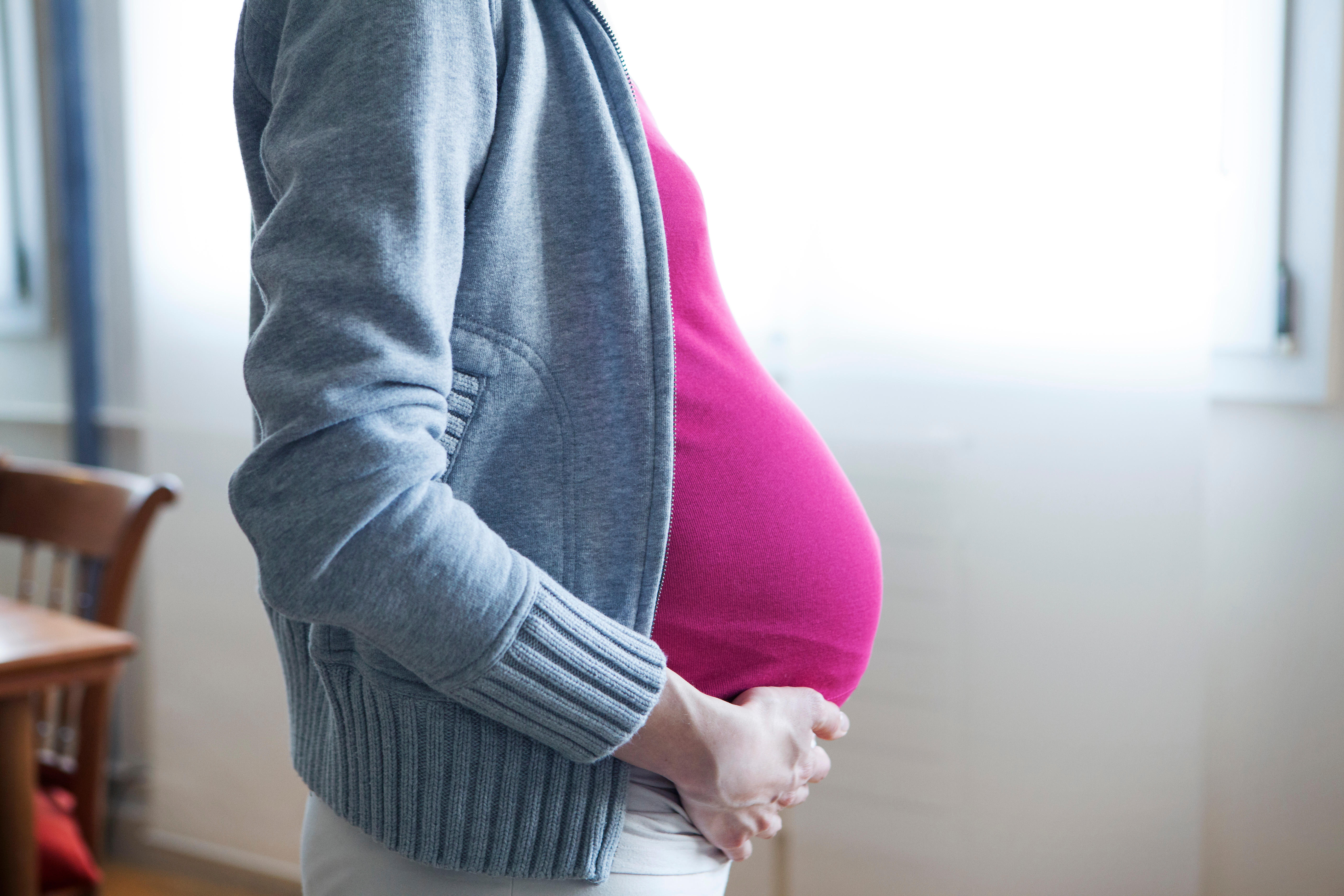 Women may be more likely to be admitted to ICU with Covid-19 if they are pregnant, new data showsCredit: Alamy

Professor Lucy Chappell, consultant obstetrician and spokesperson for the Royal College of Obstetricians and Gynaecologists (RCOG), said: “We are seeing a possible signal that hospital admission and severe illness may be more common in pregnant women compared with those not pregnant, especially those women in the third trimester of their pregnancy.

“We are continuing to collect data to monitor this.”

The new data comes from a report this month on critical care patients in England, Wales and Northern Ireland compiled by the Intensive Care National Audit and Research Centre (ICNARC).

It shows a higher proportion of women in hospitals with Covid are pregnant now compared with in the first wave.

Seven per cent of women under 50 admitted to hospital with confirmed Covid between September and January were pregnant at the time.

The percentage of pregnant women needing ventilation within 24 hours also increased from 2.4 per cent to six per cent.

The same upward trends were seen for women who were recently pregnant and had given birth in the past six weeks. 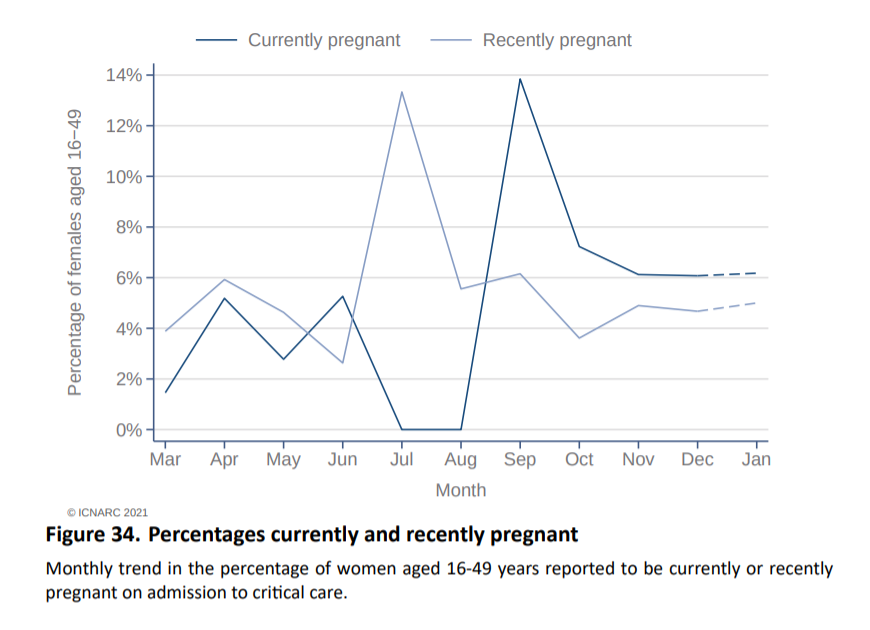 Dr Edward Morris, president of RCOG, said: “We are aware that pregnant women represent an increased fraction of intensive care admissions with COVID-19 within the ICNARC study.

“We are currently examining why this is, but there are a few ​possible reasons.”

He said it could be that because the number of pregnant women needing intensive care is so low, any change is “magnified”.

“We know there is an increased prevalence of the virus among younger age groups in this wave”, Dr Morris said, as doctors have previously said the second and third wave have led to younger people being hospitalised.

Dr Morris said: “Another factor is more women testing positive for Covid-19 after being admitted into hospital for something else, as testing has increased.”

It could also be that the threshold for admitting pregnant women has lowered, therefore bumping up the figures.

The NHS said it would not be changing its information for pregnant women, which currently says: “There’s no evidence that pregnant women are more likely to get seriously ill from coronavirus.”

A spokesperson for NHS Digital said it had consulted with clinicians at NHS England and “there is no robust evidence at present that pregnant women are more likely to become severely ill from Covid-19”.

RCOG said it was in the process of updating its guidance for doctors to reflect the ICNARC data.

Other studies have not shown that pregnant women are any more at risk of severe outcomes than other women, the RCOG said.

However, it’s become clear that of all mums-to-be, those in their third trimester are the most likely to need critical care for Covid.

This could be because their large bumps put extra pressure on their lungs.

Dr Morris said: “For women who become seriously unwell with COVID-19 in the later stages of pregnancy, it is more likely that their baby will be born prematurely, which can affect their long-term health.”

Women who have pre-existing conditions or are from a black, Asian or ethnic minority (BAME) background are also at higher risk compared to other pregnant women.

Studies suggest Covid is unlikely to cause problems with the baby, either causing miscarriage or problems after birth.

But global reports say babies have been born prematurely to women with severe Covid.

At this stage, it’s not clear if this is due to Covid or because doctors decided to deliver the baby in early in order to protect the mum’s health.

Dr Morris said: “We encourage pregnant women to pay particular attention to social distancing measures and good hygiene, especially if they are 28 weeks pregnant or more.”

It comes after health officials advised mums-to-be against getting the Covid vaccines unless they were significantly at risk of catching the virus.

Vaccines can’t fail to stop Covid spread – but it’s not yet clear by how much, JVT says

England set to lose out on Jamal Musiala with Germany planning to hand Bayern Munich wonderkid, 17, call up in March