POLICE watched on as dozens of travellers bid farewell to an Appleby Fair director despite Covid lockdown rules.

Crowds lined the streets in Stockton, Co Durham, to pay their respects to John Tyres at his funeral today. 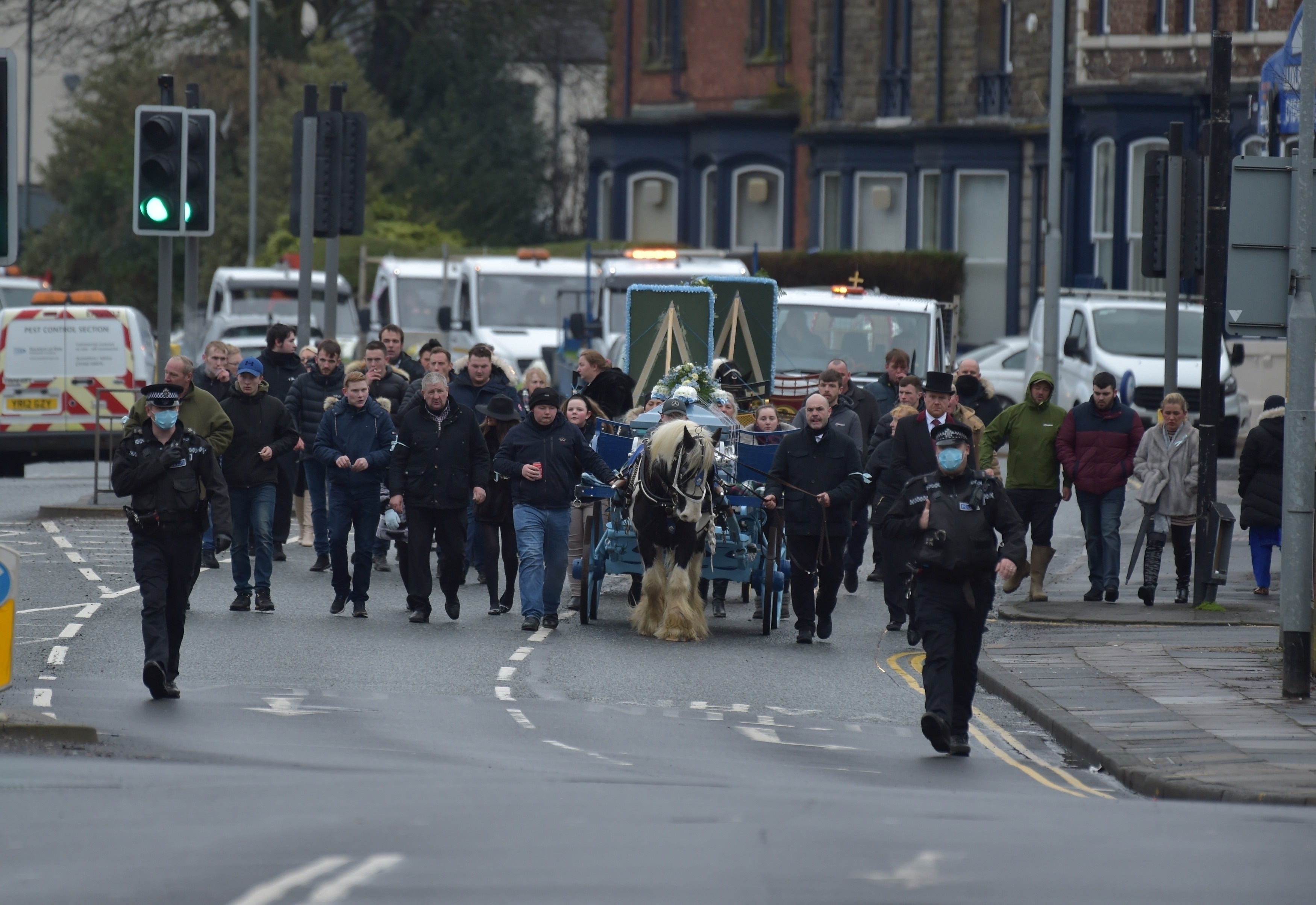 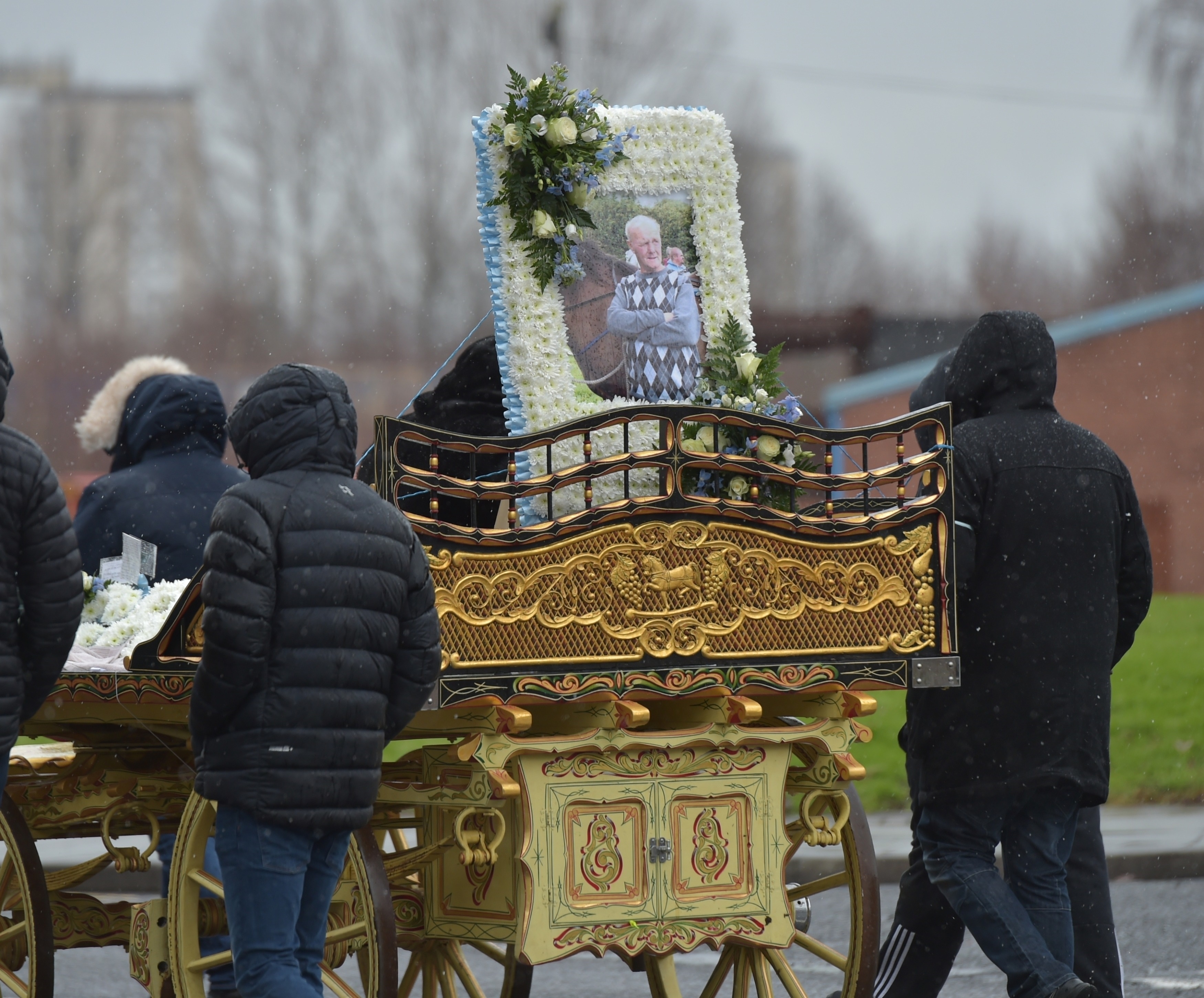 They were paying their respects to John Tyres in Stockton, Co DurhamCredit: BackGrid

Mourners walked from John’s campsite in Bousfield to a church on Yarm Road, before he was laid to rest at Oxbridge Cemetery.

They were seen walking alongside a horse and carriage and several vehicles carrying tributes to the traveller.

Flowers in the shape of a bottle of hand sanitiser and others reading ‘best friend’ and ‘brother’ were displayed on the back of trucks.

Police closed roads and assisted with the procession. 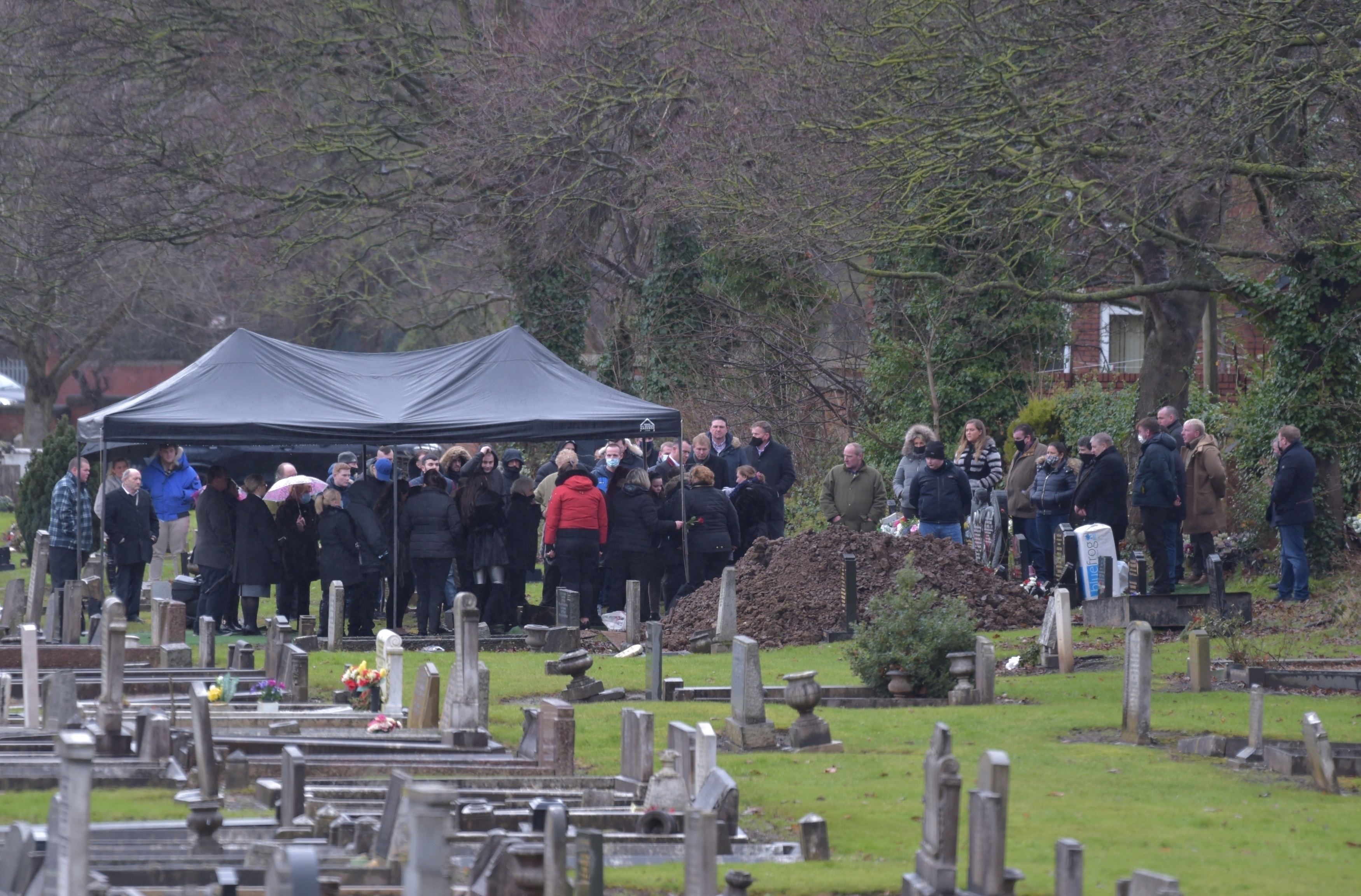 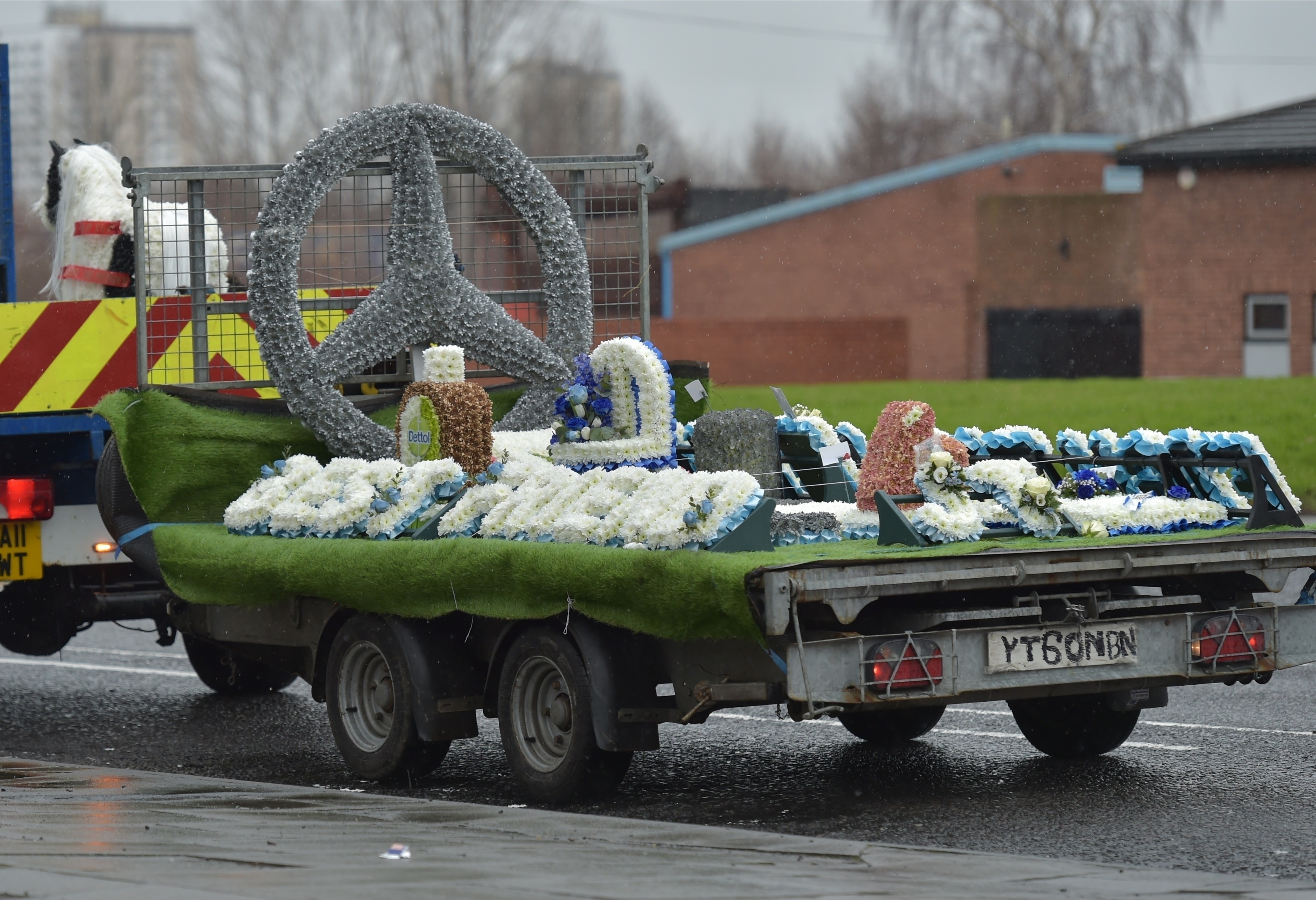 The gathering broke coronavirus lockdown restrictions which limit services in England to just 30 people and wakes to six.

John was on the board of directors at Appleby Horse Fair, which calls itself “an annual gathering of gypsies and travellers” in the town of Appleby in Cumbria.

It attracts around 40,000 people every year. 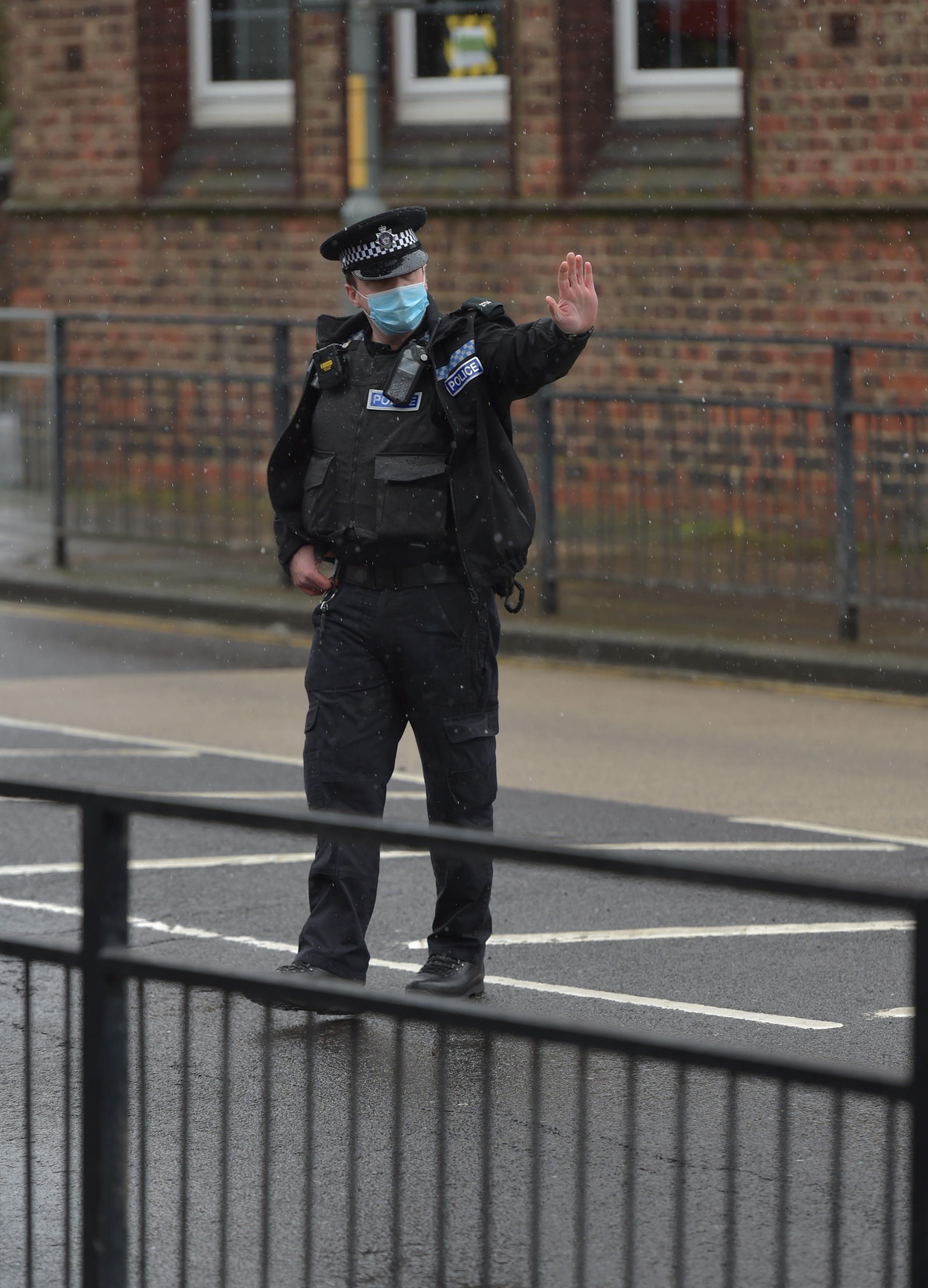 Masked police closed roads and assisted with the processionCredit: BackGrid 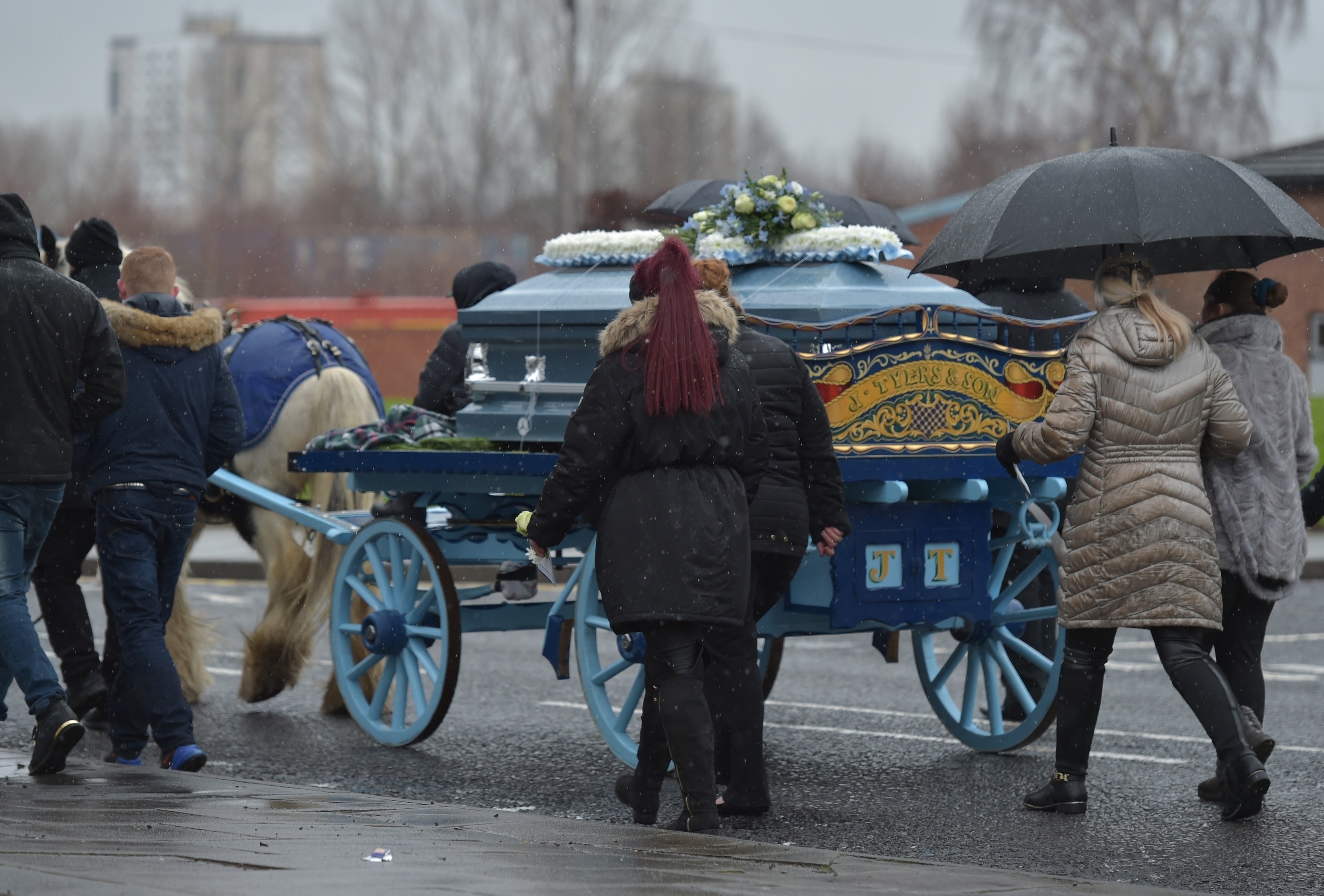 Mourners followed John’s coffin through the streets of StocktonCredit: BackGrid

What are the rules surrounding funerals during lockdown?

A maximum of 30 can attend a service – but only six people are permitted to attend a wake.

Crematoriums remain open for funeral services only and burial services can continue in the cemetery grounds.

Wakes in Wales are capped at 15 people, and up to 20 can attend funerals in Scotland.

Despite being cancelled for only the second time in its 250-year history, thousands of travellers still flocked to the fair in 2020.

One lone traveller even trekked 200 miles to Appleby because he “just wanted to be there”. 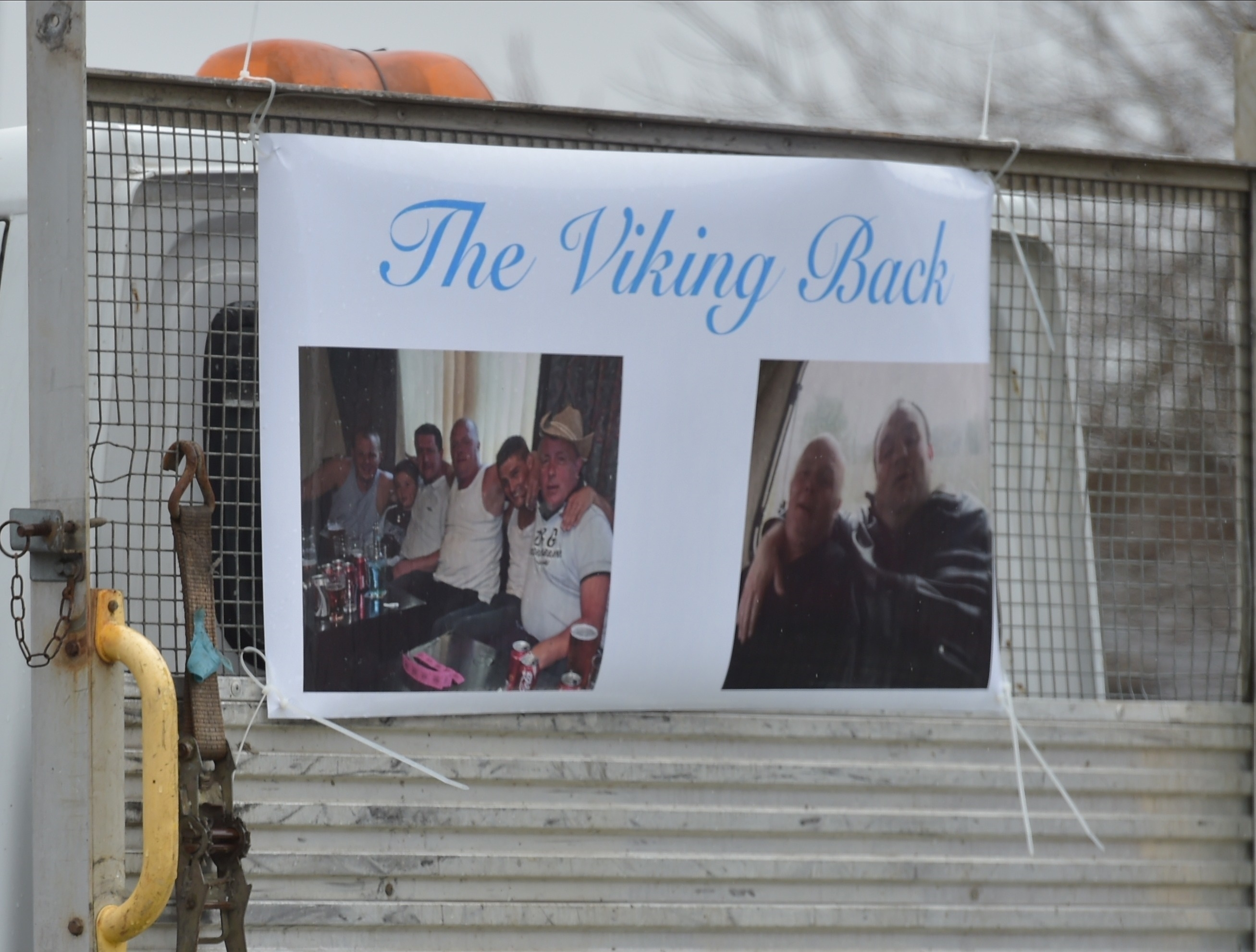 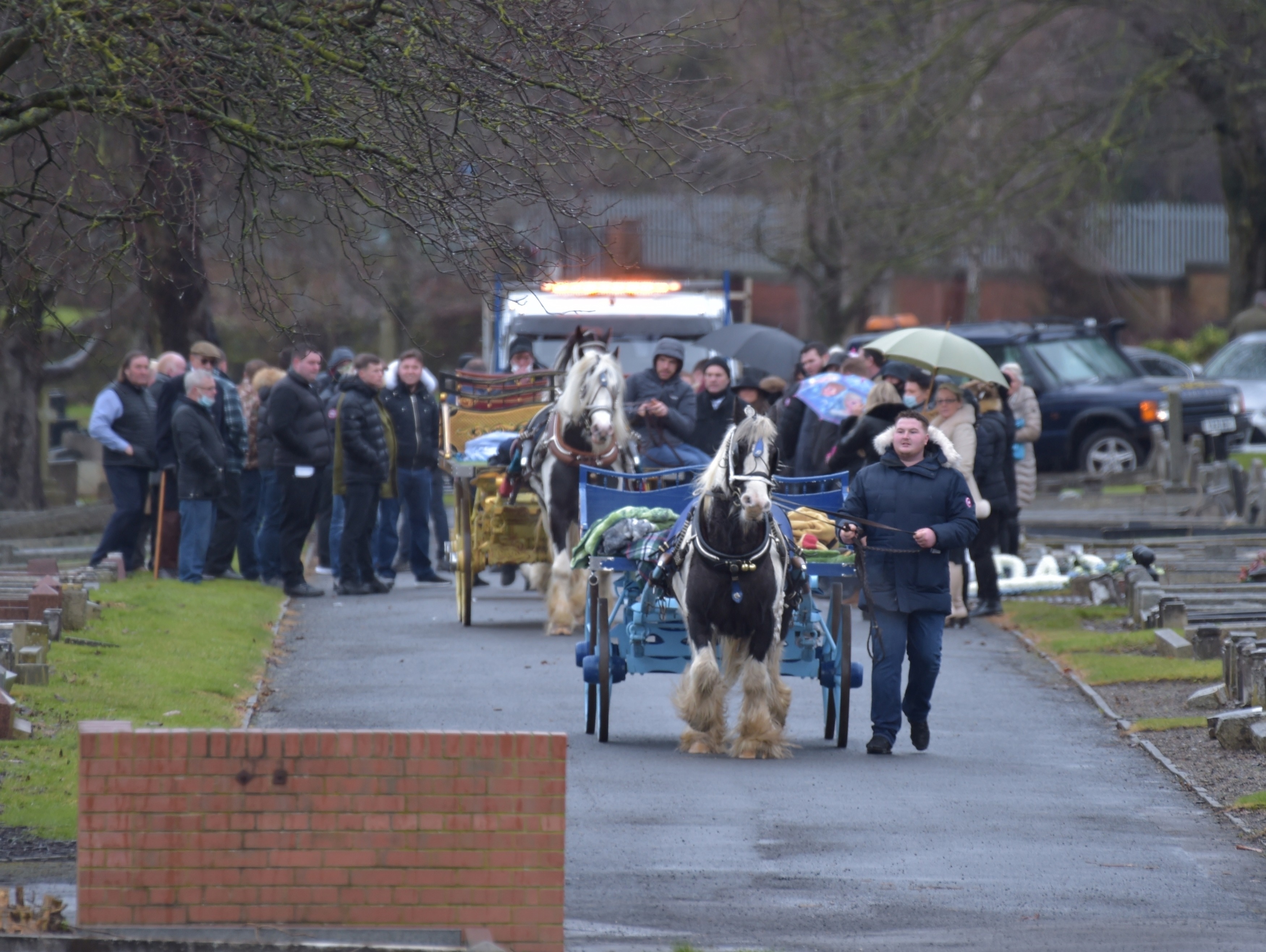 Most people at the funeral were not wearing masksCredit: BackGrid

As the biggest horse fair in Europe it brings in 1,000 caravans and several hundred horse-drawn vehicles which are spread across three main campsites.

The fair has previously courted controversy for the mess left behind, violent crime and animal cruelty.

In 2014 more than 100 were arrested following a mass brawl, with the worst incident on the final day as rival gangs clashed. 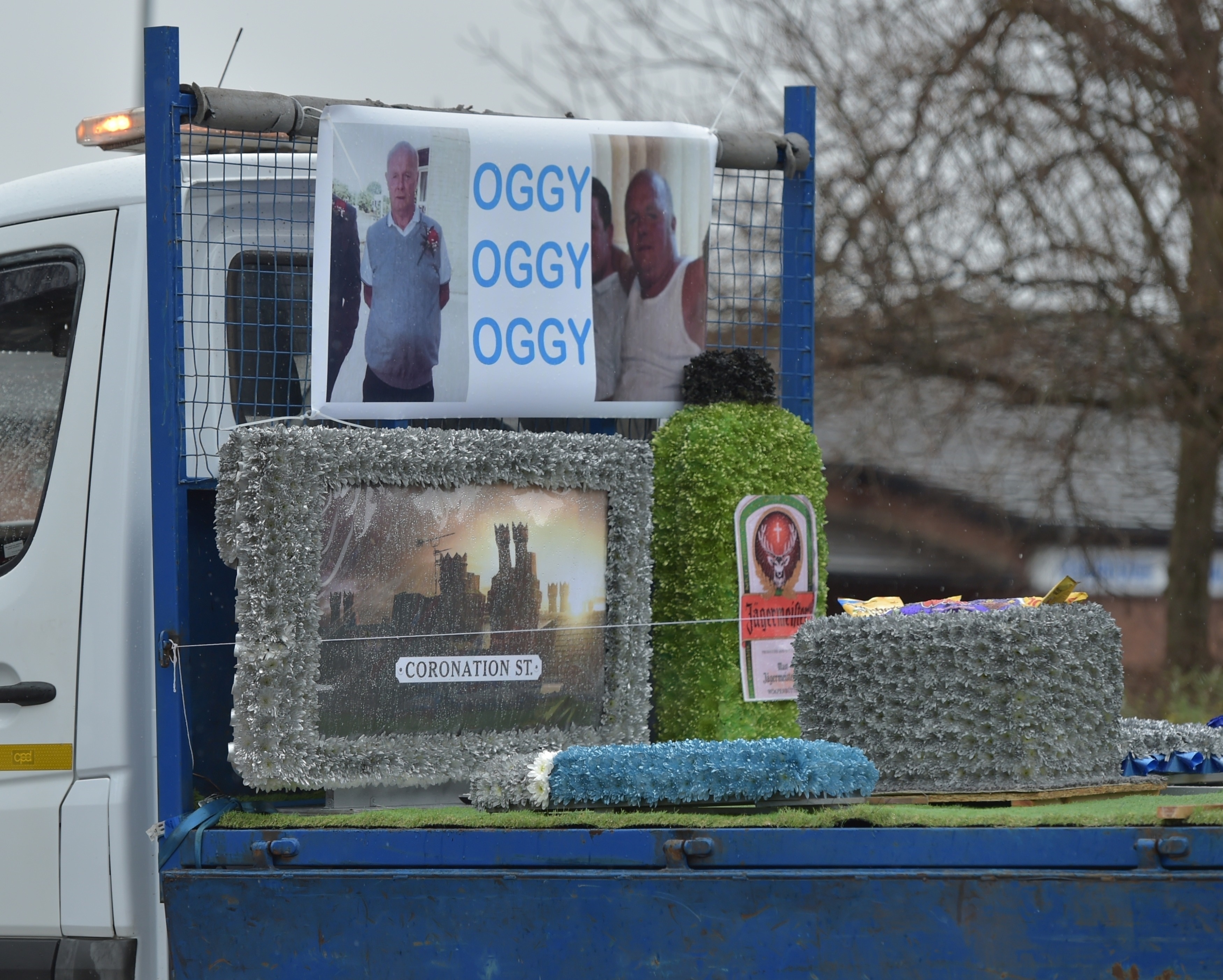 There were also flowers in the shape of a bottle of Jägermeister and a TV showing Coronation StreetCredit: BackGrid 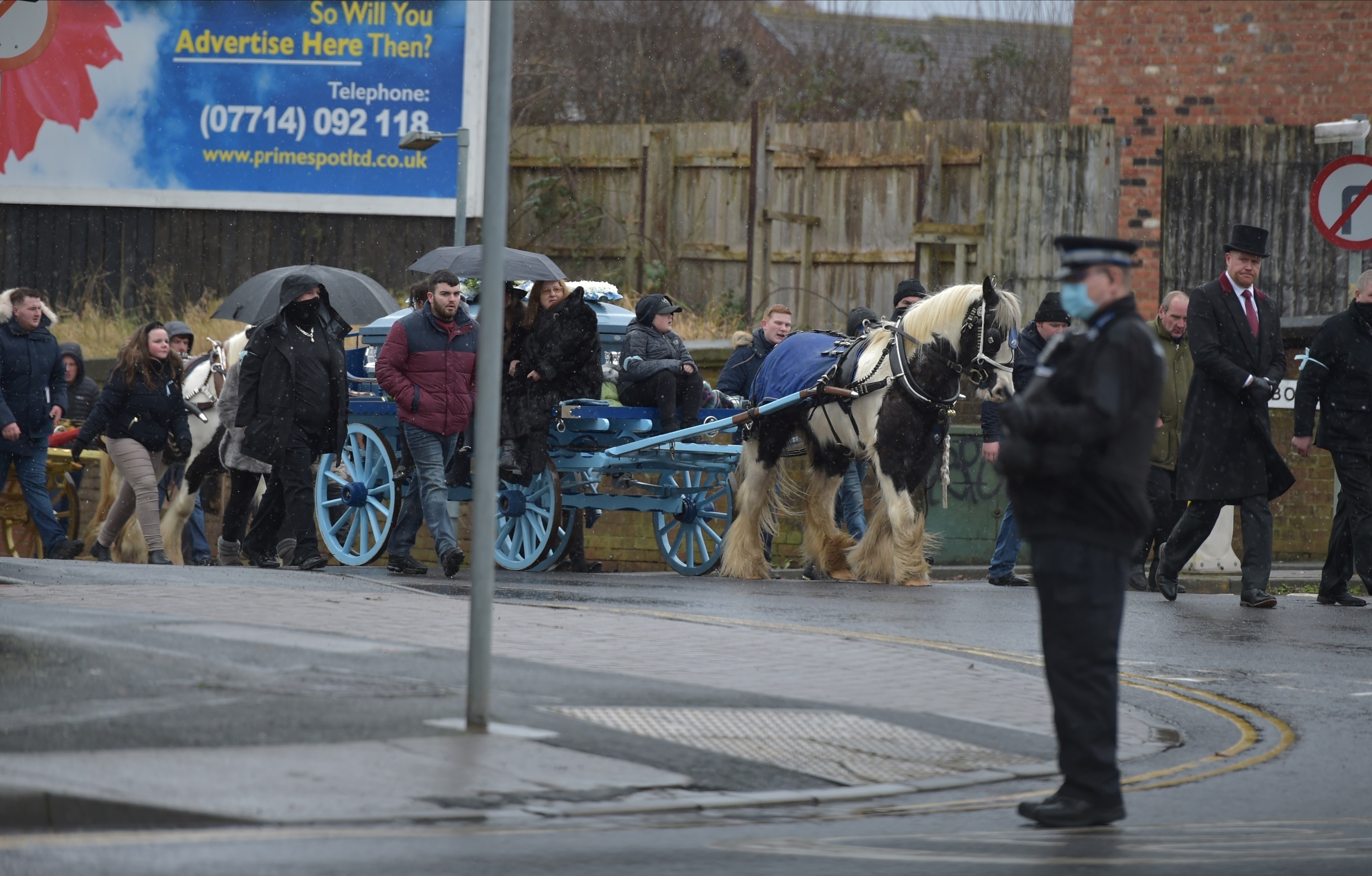 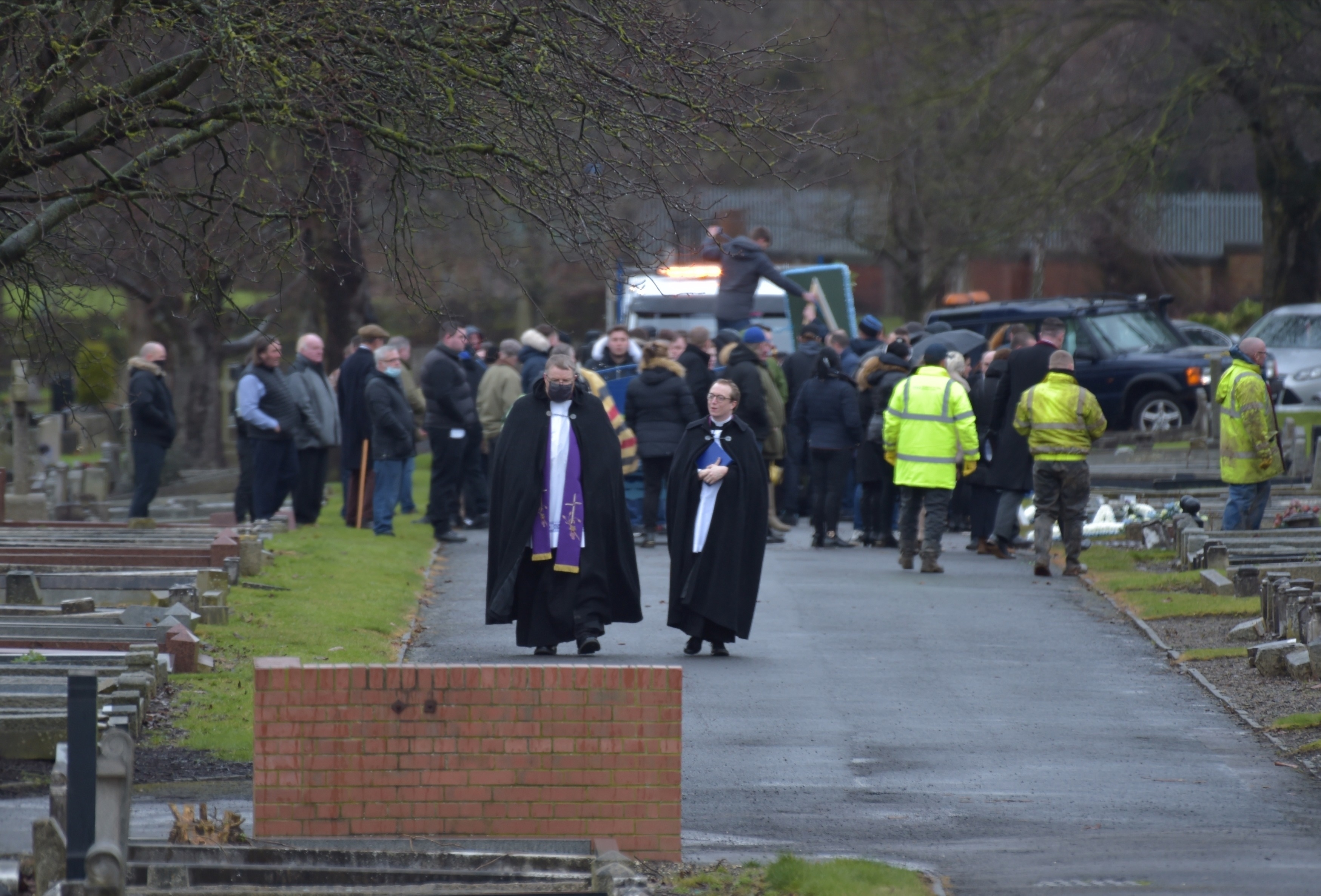 What time are the Golden Globe nominations tomorrow? How to watch live