‘The self-portraits were also helping me connect myself back to my body, because I felt betrayal and disconnection’ (Picture: Anna and Jordan Rathkopf/@rathkopfphotography)

In December 2016, on her 37th birthday, Anna Rathkopf felt a lump in her breast.

Just weeks later she was diagnosed with aggressive breast cancer – news that left Anna and her husband, Jordan, feeling as if they were ‘free falling.’

‘The day after we heard the word “cancer” we started to document our journey – it was very spontaneous,’ Anna tells Metro.co.uk.

The couple, who work as photographers in New York, decided they wanted to capture raw, everyday images of their experience – holding nothing back. This meant taking photos of various treatments, home life and interactions with their two-year-old son Jesse.

Anna, originally from Prague, says that the photography helped her during this difficult time – not only as a distraction, but also to reconnect with her body.

She tells us: ‘I always felt like bringing the camera in my bag was giving me a creative outlet – you start thinking in a different way and about something else.

‘You don’t think about having a radioactive material blown in your veins, you think about the angles you want to take for your self-portraits. 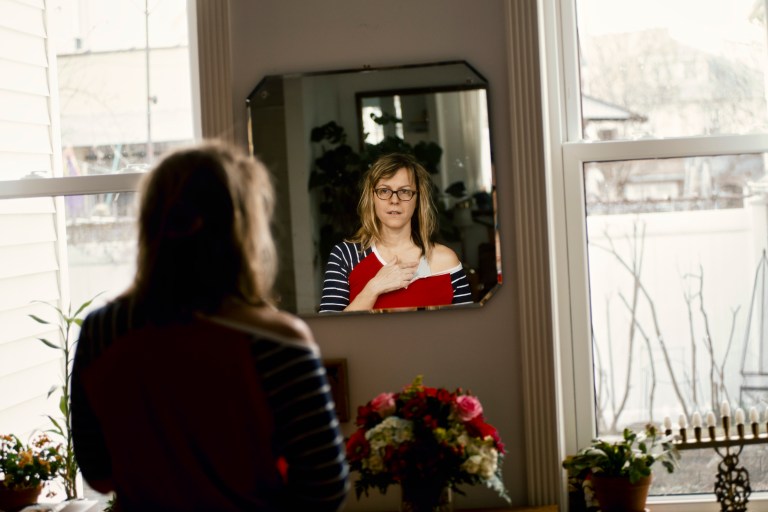 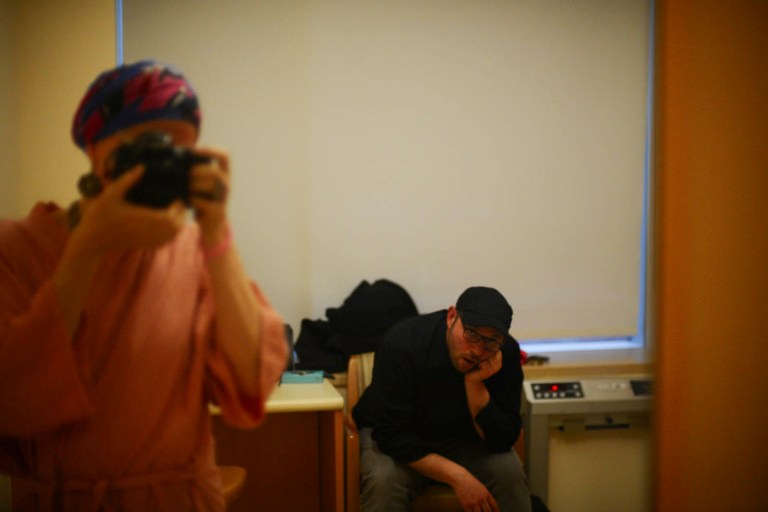 ‘And then the self-portraits were also helping me connect myself back to my body, because I felt betrayal and disconnection.

‘Two years prior, you give birth and you feel like you did an amazing thing and suddenly your breasts are trying to kill you – the same breasts that were feeding your kid in your arms. It’s a really hard to connect yourself back.

‘The creation of it helped me.’ 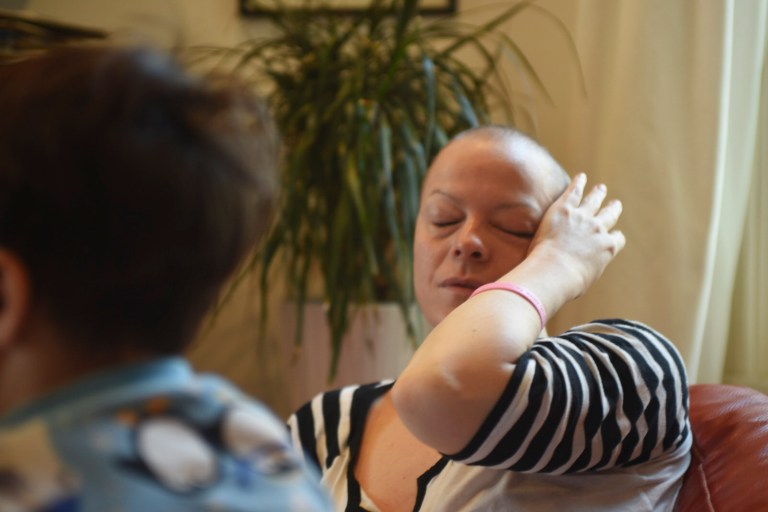 Anna at home during treatment (Picture: Anna and Jordan Rathkopf/@rathkopfphotography) 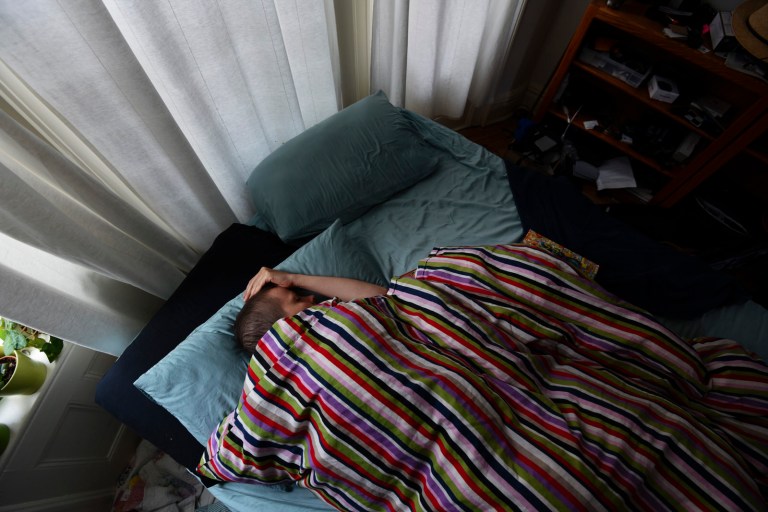 They wanted to capture all aspects of everyday life (Picture: Anna and Jordan Rathkopf/@rathkopfphotography) 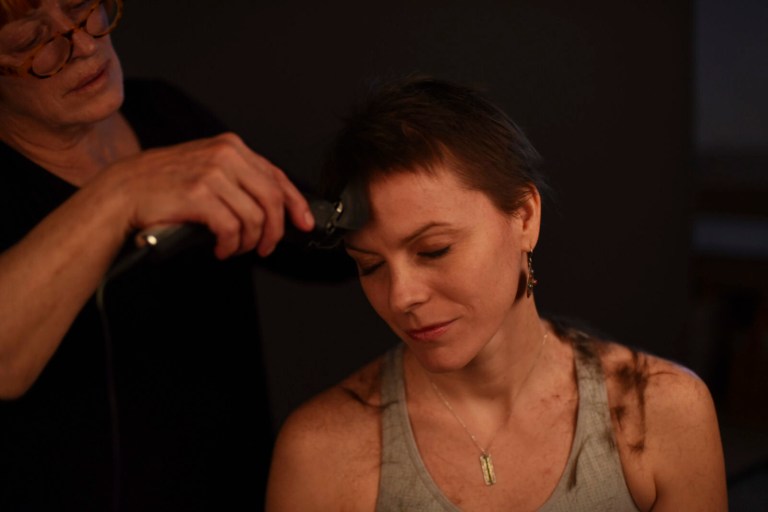 Anna was just 37 when she was diagnosed (Picture: Anna and Jordan Rathkopf/@rathkopfphotography)

It also was a lifeline for Jordan, who had struggled to find support and resources for families going through a cancer diagnosis.

Jordan found the experience particularly challenging as his mother had breast cancer when he was just 11 years old.

He says: ‘When Anna was diagnosed, it was like the trauma just hit me, and the parallels were just crazy. I saw so much of myself in my son, and having your mother being so vulnerable in front of you.

‘I started looking online just for resources for myself, as I was having terrible anxiety, and all I was finding were photo projects where the woman dies or has horrible scarring – things that were very extreme and didn’t make me feel much better. At the time I was thinking: what’s chemo going to be like? What’s it going to be like taking your kid to school?

‘I wasn’t seeing anything that showed what real, daily life felt like for a young family. So that was the goal.

‘One reason we love photography is that it’s sometimes difficult to find the words.’ 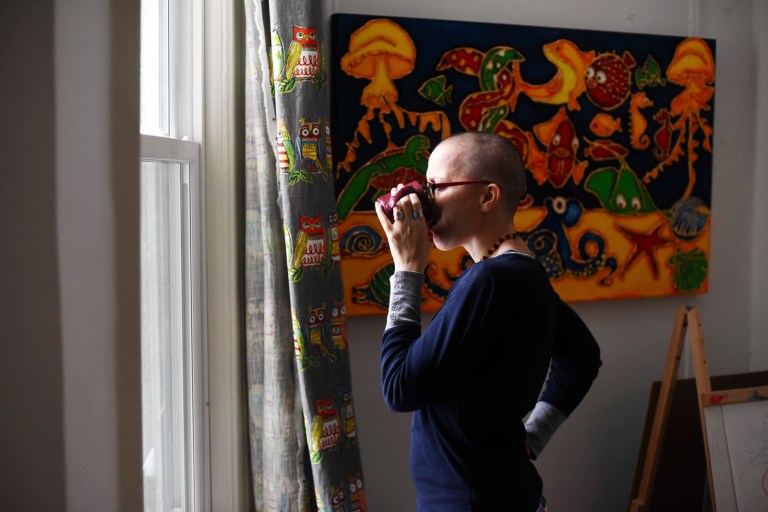 She had various treatments over the course of a year or so (Picture: Anna and Jordan Rathkopf/@rathkopfphotography) 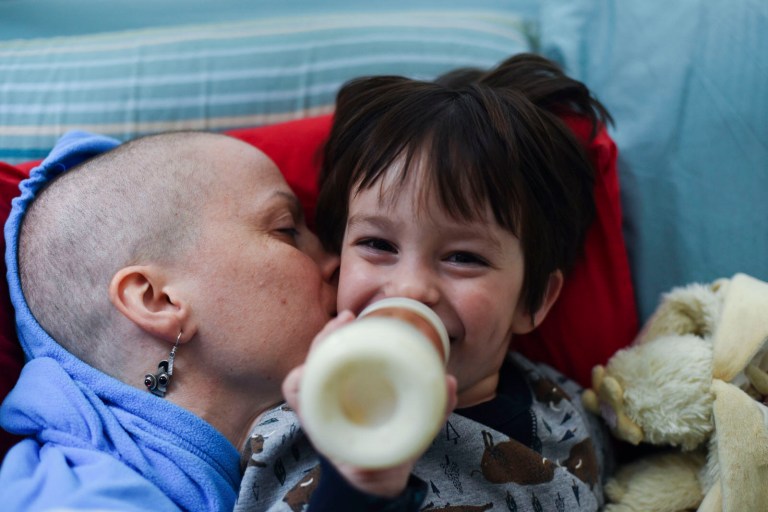 They both felt the project helped them through (Picture: Anna and Jordan Rathkopf/@rathkopfphotography) 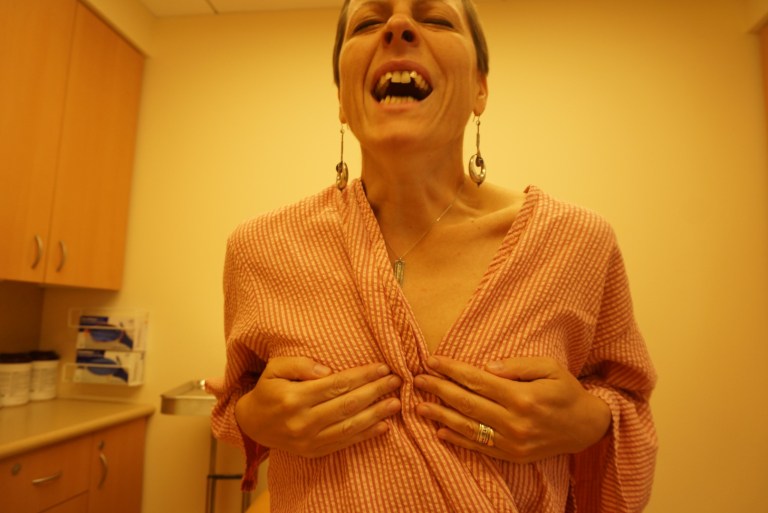 But the couple admit that the process wasn’t without its challenges, as committing to taking photos during these extremely difficult and emotionally draining times felt a little unnatural.

‘It’s hard being a photographer as your instinct is to capture these really honest moments,’ Jordan says.

‘There are photos where Anna literally almost died from an adverse reaction to the chemo. I took a picture a few minutes afterwards, but it was such a weird thing.

‘I remember kicking myself that I didn’t take a picture while it was happening, as that would have been such an important thing to share – but that felt strange. 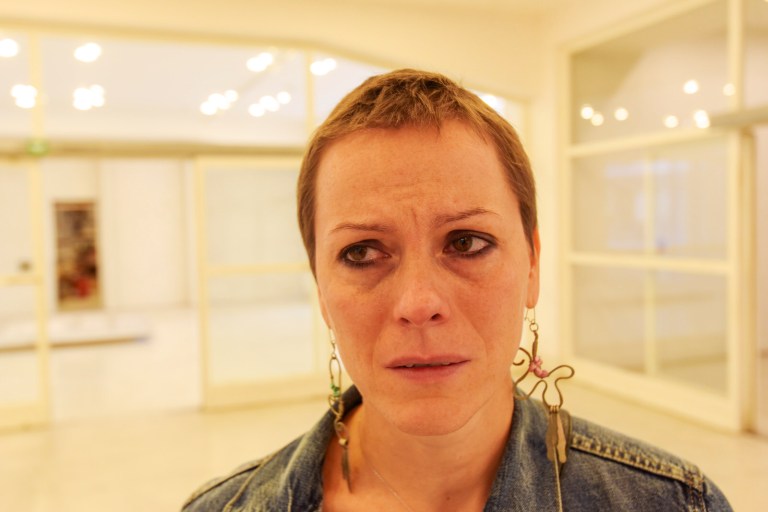 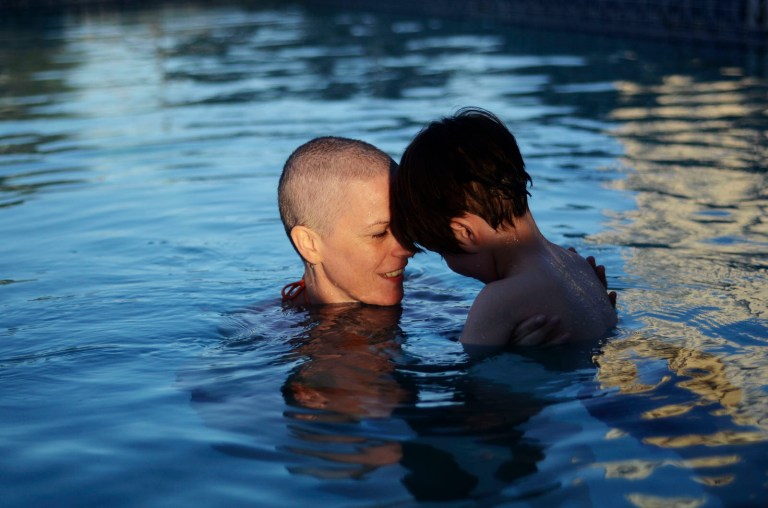 Anna and her son Jesse (Picture: Anna and Jordan Rathkopf/@rathkopfphotography) 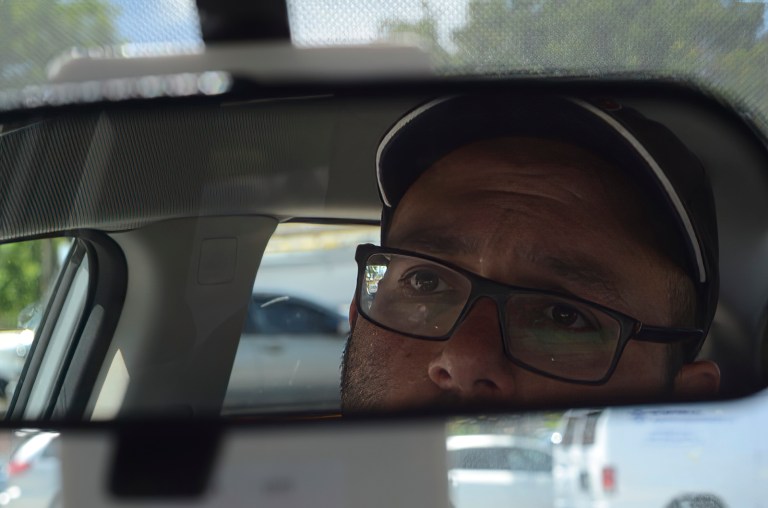 It took a toll on Jordan as well (Picture: Anna and Jordan Rathkopf/@rathkopfphotography)

Over the course of a year Anna received a lumpectomy, chemotherapy, radiation and biological treatments.

At first the couple just kept these photos for loved ones and their personal blog, but after Anna received the all-clear in January 2019, they decided to share their project with the world.

The main goal from this was to encourage empathy for those going through a cancer diagnosis and, ultimately, raise awareness and save lives.

Jordan adds: ‘I think that there was a real compulsion – could we maybe help save a life? Could one woman who sees Anna feel like it could be their friend? Or will it be enough to scare people into not ignoring obvious symptoms – maybe a lump they found??

‘But at certain points it got very hard, as it was our life.

‘Looking at the photos of Anna it just looks like she’s dying. I felt a certain responsibility to push the images out into the world.’

‘What’s heartwarming is the more we push it out, the more people are reaching out to us. I’ll receive a random message about seeing our photo essay published or saying “I was just diagnosed and it helped me so much,”’ Anna adds. 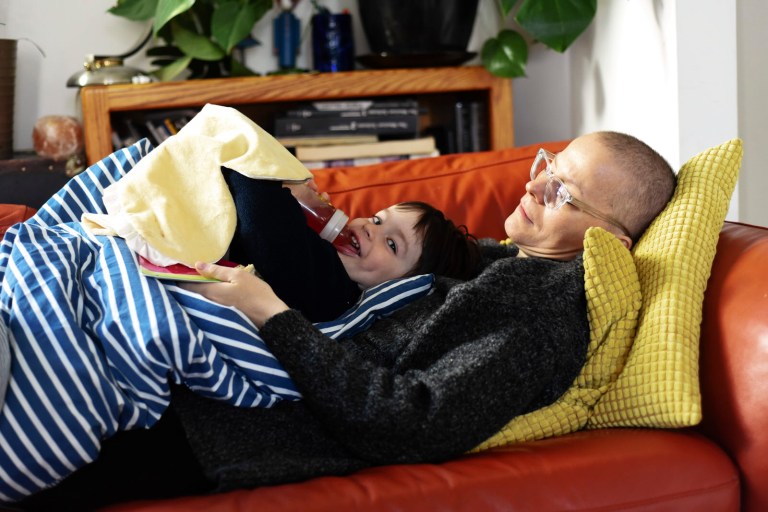 The couple hope the series will help others (Picture: Anna and Jordan Rathkopf/@rathkopfphotography) 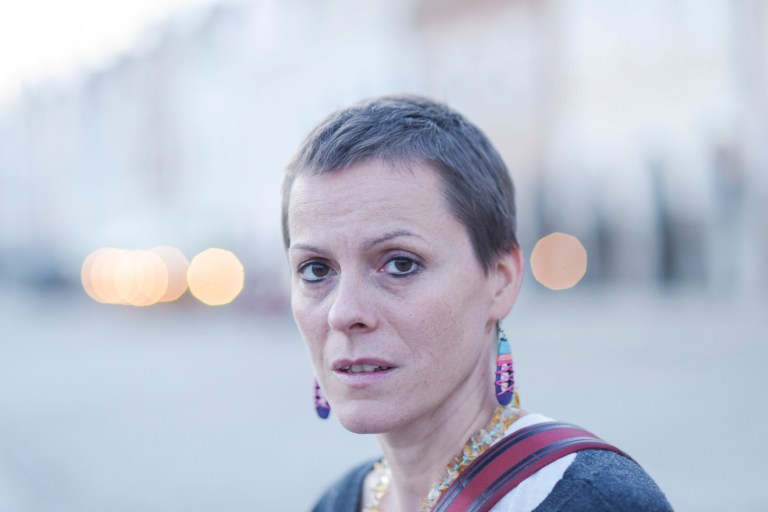 The pair also want to shine a light on the US healthcare system (Picture: Anna and Jordan Rathkopf/@rathkopfphotography) 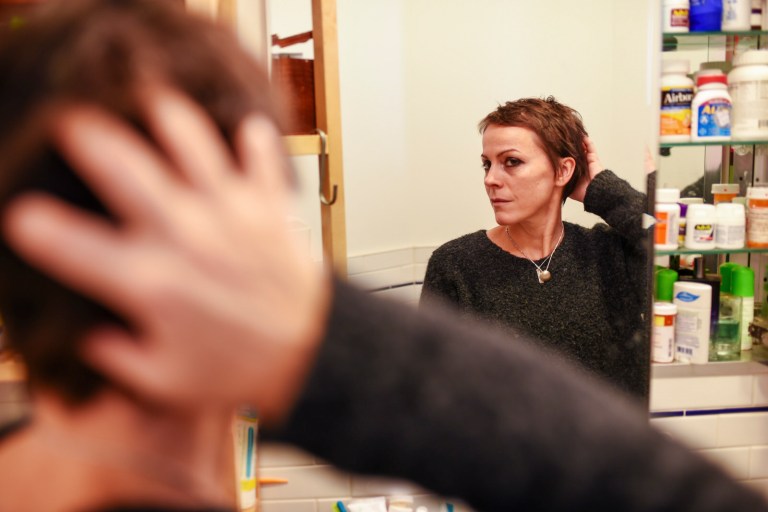 The couple stress that they hope more can come from this project long-term – particularly in regards to changes to the US healthcare system.

‘I really want to effect change in America – especially around the burden the healthcare system puts on the ill,’ continues Jordan.

‘In America, insurance is tied to your job, so Anna was part-time in our company and she had a full-time job working for the government. She had to work all through treatment because our insurance was through her – while she was in chemo and radiation.’

During this time, Anna even received a performance review at her work.

‘She didn’t get much sympathy from her employers at all,’ remembers Jordan. ‘She was the only person who got a performance review in her whole company. The first time in eight years that she’d ever had one, just happened to be when she was in chemo.

‘This is not the stuff you want to worry about when you’re sick with a deadly disease.’

Since Anna finished treatment, the couple have dedicated a lot of their time documenting the stories of other people with breast cancer – specifically individuals and communities who are marginalised, experiencing financial hardships and who are ‘pushed to the side of the conversation’.

However, not only has it prompted Anna and Jordan to help others, the shared project has had a knock-on effect on their relationship, too.

‘It helped verify that what we where going through was really difficult but also, in a weird way, really beautiful,’ Jordan adds.

‘It helped us also realise how much we love each other.

‘We’ve always had a good relationship but I don’t think, until this happened, did I appreciate how much I would really be destroyed if anything were to happen to her.’

More of the couple’s work can be found here.

Get in touch by emailing [email protected]o.uk. 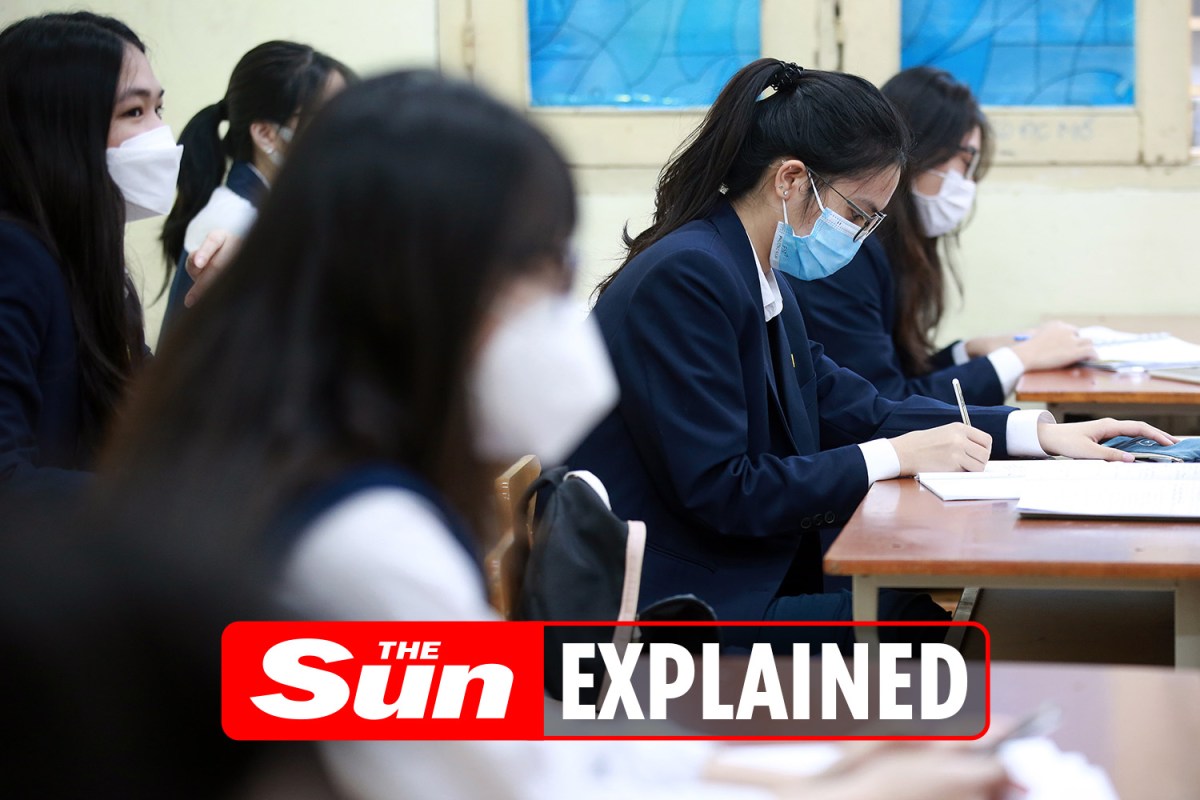 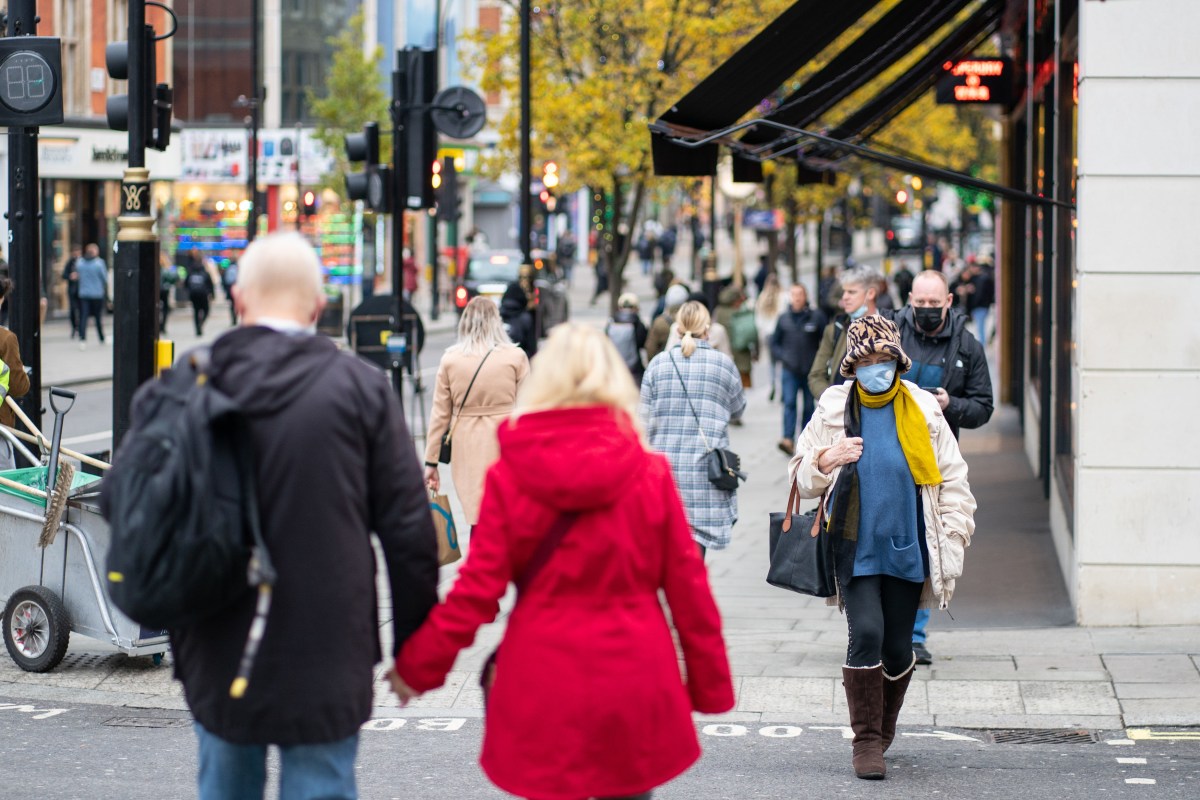 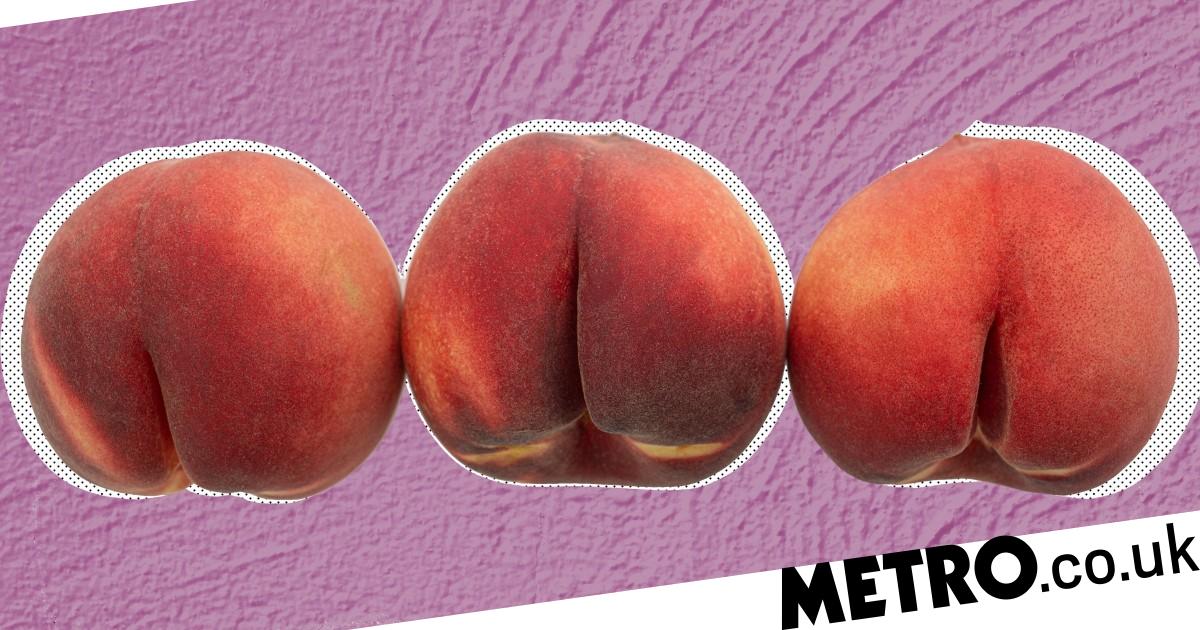 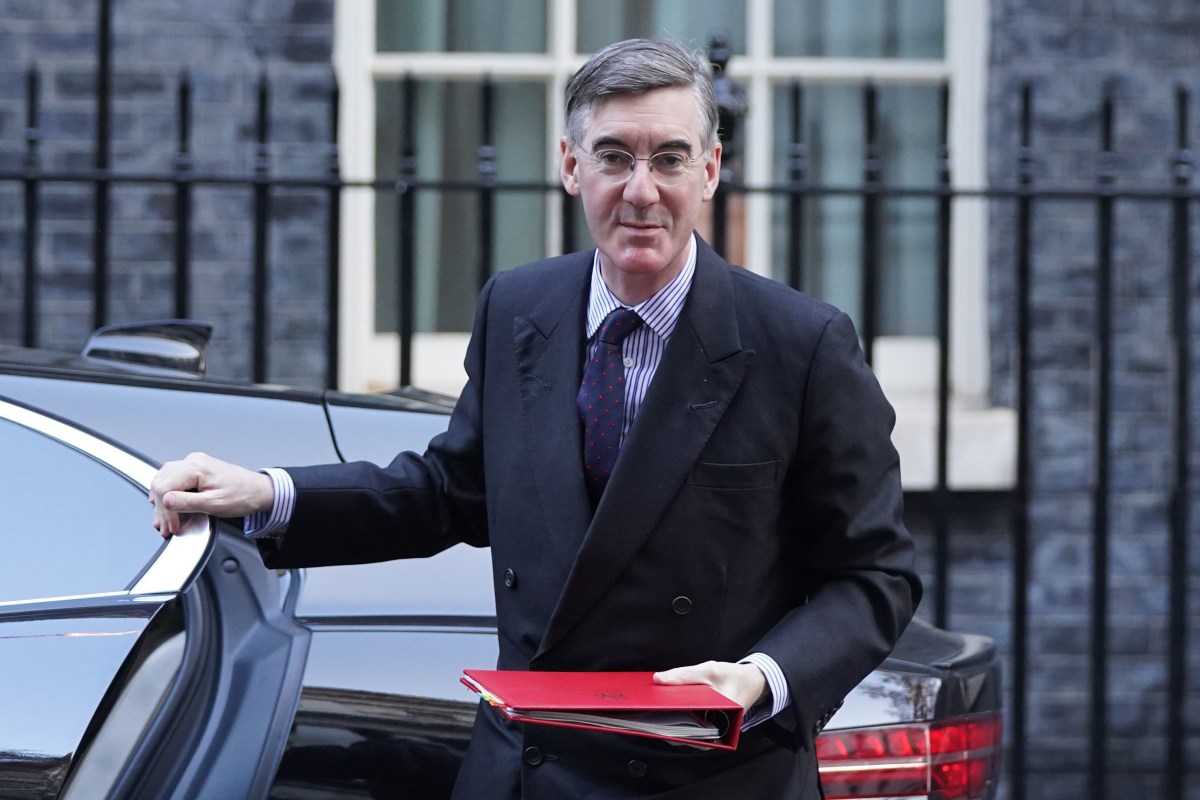