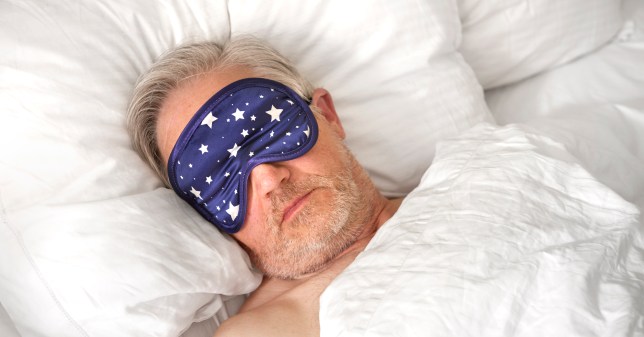 Getting some shuteye could be beneficial (Picture: Getty Images)

A new study has revealed that adults who regular sleep six hours or less at night are at greater risk of developing dementia.

Writing in Nature Communications, the authors of the research say: ‘We report higher dementia risk associated with a sleep duration of six hours or less at age 50 and 60, compared with a normal (seven-hour) sleep duration.’

There was also a 30% increased dementia risk in those with consistently short sleeping patterns from middle to older age (from 50 to 70 years), irrespective of cardiometabolic or mental health issues (known risk factors for dementia).

Although it’s not clear why this is the case, or if it’s a causal link, researchers say that it does suggest a link between sleep and dementia.

A common symptom of the condition is altered sleep, but researchers say there is growing evidence to suggest sleep patterns before dementia onset may contribute to the disease.

Severine Sabia, from the University of Paris, and colleagues analysed survey data from UCL’s Whitehall II study that has examined the health of 7,959 British individuals since 1985.

Participants self-reported their sleep duration, and some wore watch accelerometers overnight to confirm this was an accurate estimate.

Although there’s definitely more research to be done in the sphere, it’ll hopefully be part of our deepening understanding of the syndrome.

The authors stated: ‘Public health messages to encourage good sleep hygiene may be particularly important for people at a higher risk of dementia.’

Dr Sara Imarisio, head of research at Alzheimer’s Research UK, said: ‘We know that the diseases that cause dementia start up to two decades before symptoms like memory loss start to show, so midlife is a crucial time for research into risk factors.

‘In this study, sleep duration was largely measured through study volunteers self-reporting their sleep duration, and while this group of volunteers was not reflective of the UK population, it does offer insight into the relationship with sleep and dementia in mid to later life.

‘This study cannot tease apart cause and effect and while it suggests that persistent lower sleep duration was linked with an increased risk of dementia, it did not find an association between longer than average sleep duration and dementia risk.

‘While there is no sure-fire way to prevent dementia, there are things within our control that can reduce our risk.

‘The best evidence suggests that not smoking, only drinking in moderation, staying mentally and physically active, eating a balanced diet, and keeping cholesterol and blood pressure levels in check can all help to keep our brains healthy as we age.’