SCHOOLS could be forced to close again if too many pupils refuse to wear face masks as they return to class tomorrow, parents have been warned.

While there is no legal power to enforce it, guidance from the Government states that masks should be worn by students – as well as teaching and support staff – while indoors. 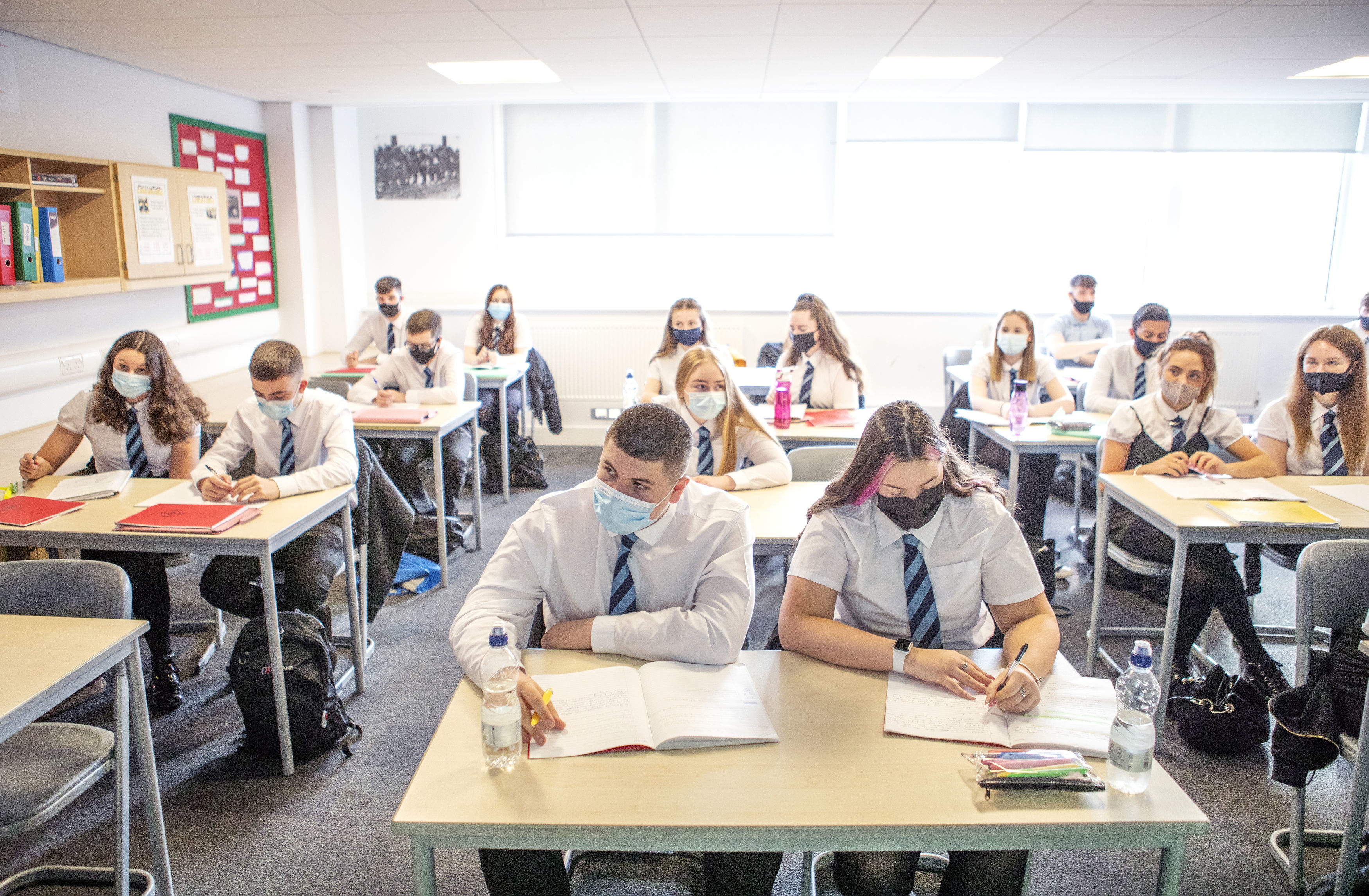 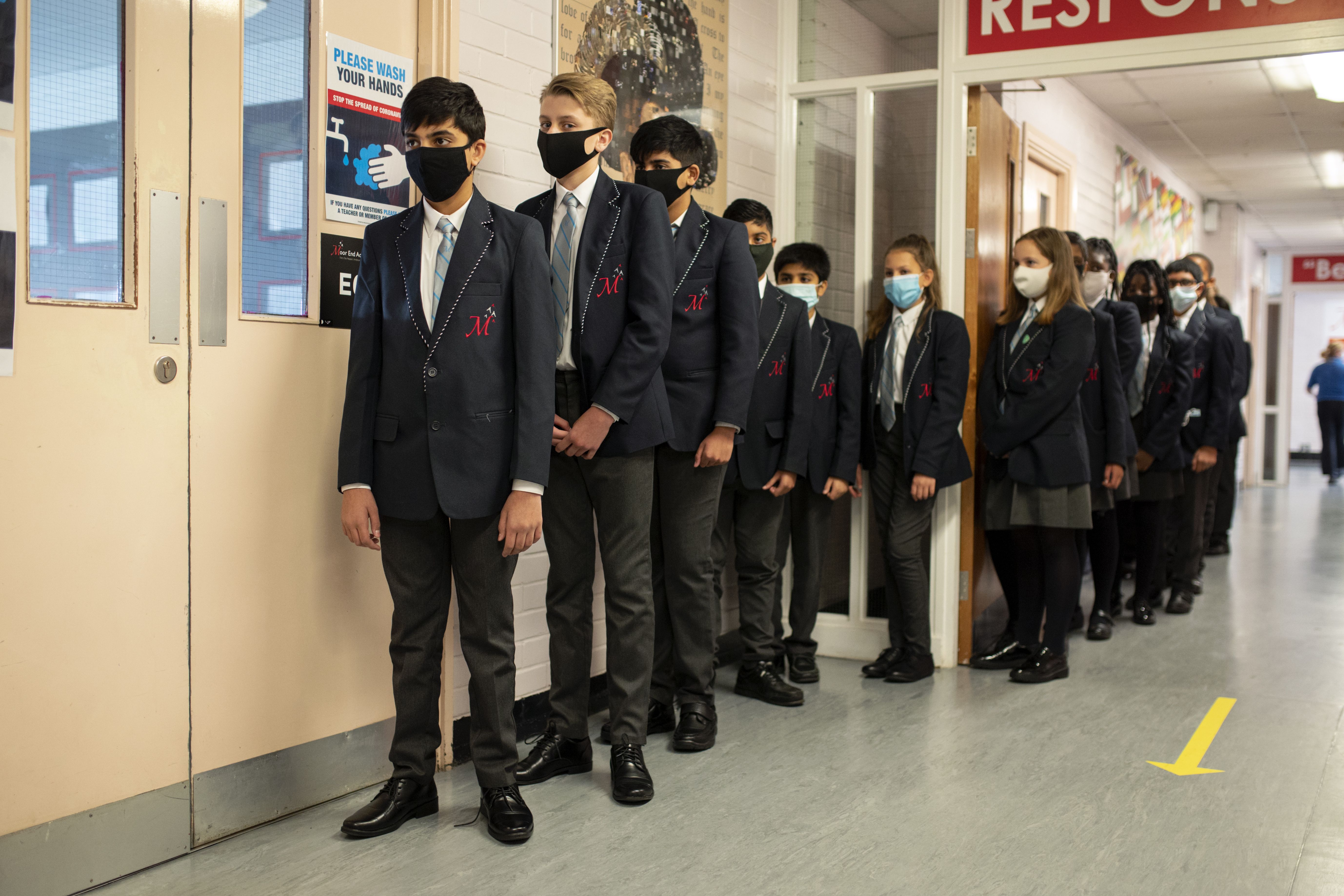 Parents have been warned school could be forced to close if not enough pupils wear masksCredit: AFP – Getty

Prime Minister Boris Johnson announced last month that secondary school kids are to be tested twice a week and required to wear face masks if it is not possible to socially distance at two metres apart.

Both measures are not compulsory, however, and the government has said teachers should not send pupils home for refusing.

Now, Geoff Barton – general secretary of the Association of School and College Leaders – has revealed a letter has been issued to secondary heads who are a member of the union to send to parents who raise objections about their child wearing a mask.

It states that if not enough pupils wear a face covering it could create “ramifications” for the school’s insurance, reports the Telegraph.

It reads: “Wearing a face covering is one of the recommended measures schools are being asked to take to get the risk of infection to an acceptable level to enable them to remain open.

“The School remains concerned that if face coverings are not made compulsory and/or a high percentage of pupils choose not to wear them, it could undermine the risk assessment and raise the risk of infection to the pupil or others in the school community.”

Mr Barton has also raised concerns over the “lack of clarity” of rules.

“Where pupils refuse to wear face coverings, without a legitimate exemption, schools will decide how to deal with this according to their policies and the circumstances,” he told iNews.

“It is clearly difficult territory to navigate and there won’t be a one-size-fits-all approach,” he told iNews.

But education chiefs hope schoolchildren will only have to wear their face masks in class until Easter – with measures lifting during the summer term.

Amanda Spielman, the chief executive of Ofsted, said Brit youngsters are “adaptable and flexible” – but admits she hopes masks and testing will be gone from schools soon.

On Tuesday, the Government intervened to stop councils requiring children in primary schools in England to wear face masks.

The move came after it emerged that Redbridge council in east London had advised headteachers to consider face coverings for primary school pupils in the borough as part of Covid health and safety measures.

New Government guidance for pupils returning to school next week states that children in primary school do not need to wear a face covering, but “recommends” that secondary school pupils should wear masks in classrooms without making it mandatory.

It means there’s no legal power to enforce mask-wearing.

Education Secretary Gavin Williamson this morning backed the measure, and said children deserve credit for their efforts to keep friends and family safe.

Meanwhile, Mr Williamson has said summer holidays could be slashed with a five-term year and longer school days in the biggest reform since the Second World War.

He gave the biggest hint yet that the six-week break could be cut in an interview this morning.