THE owner of O’Neill’s, Toby Carvery and Harvester has warned “a majority” of pubs and restaurants will stay shut due to outdoor-only restrictions.

It comes as Prime Minister Boris Johnson yesterday unveiled the roadmap out of lockdown, with key dates for when businesses can reopen. 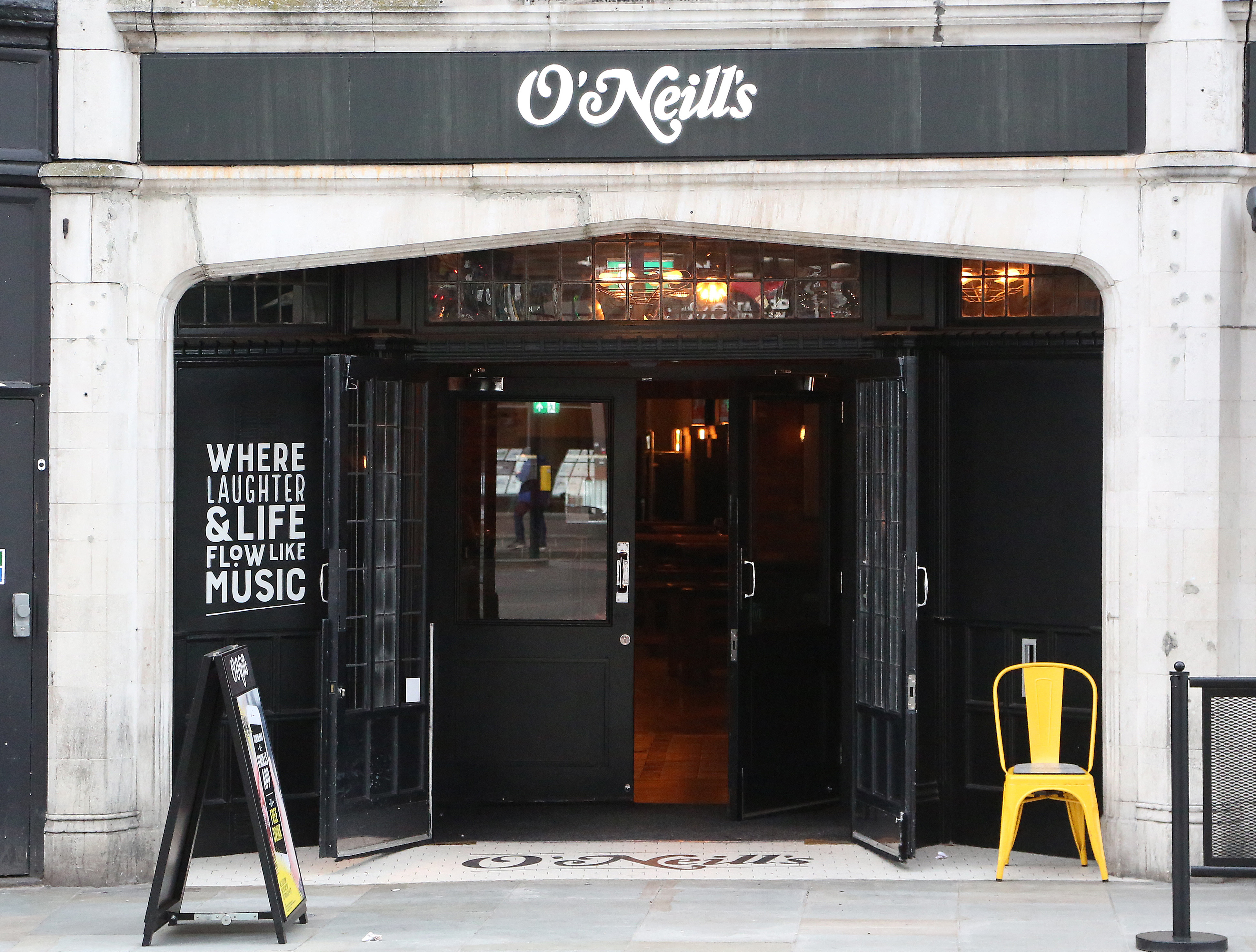 O’Neill’s owner Mitchells & Butlers has warned “a majority” of its venues will stay shutCredit: Gary Stone – The Sun

As part of the plans, outdoor drinking in pub beer gardens will be back on the cards from April 12 if the vaccine rollout continues to go to plan.

Meanwhile, eating and drinking inside at pubs and restaurants will be off the menu until May 17 at the earliest.

However, Mitchells & Butlers has slammed the plans and said they “yet again push the hospitality sector’s reopening to the back of the queue”.

It added: “Very few of our pubs, bars and restaurants will be able to operate profitably under these restrictions so it is likely the majority of our businesses will remain closed.

“This decision further highlights that urgent financial support for the industry is required, as the current package does not nearly go far enough.”

Emma McClarkin, chief executive of the British Beer & Pub Association, added that the outdoor-only restrictions mean three in five pubs across the UK will remain shut.

She said: “That’s 29,000 pubs still not able to open either because they don’t have any outdoor space or simply because they will not be commercially sustainable.

“Even if some pubs did try and open outdoors only in April, all it would take is some heavy rain and they would find it has all been for nothing.”

“Because of this, the majority of pubs will not reopen until May 17 at the earliest, meaning they will have been closed for almost eight months.”

Kate Nicholls, chief executive of trade association UK Hospitality, added to The Sun that only 40% of businesses have an outdoor area.

She said: “In many cases it won’t be large enough to deliver sustainable revenue.

“The government is being overly cautious. All the data from the past year shows that hospitality is not significantly responsible for transmissions.

“Restricting opening to outdoor only eliminates the possibility of reopening for too many businesses.”

What are the rules at pubs after lockdown?

ONCE pubs reopen, the government has scrapped the hated 10pm curfew.

Punters also won’t have to buy a “substantial meal” when they order an alcoholic drink.

From April, customers will only be allowed to sit outdoors with table service.

From May 17, customers will be able to sit inside but pubs must continue to offer table service.

When sitting inside a pub, the rule of six, or two households mixing, will also apply.

The comments come after pub bosses at Young’s and Wetherspoons also hit out at the plans earlier in February.

Patrick Dardis, chief executive of the Young’s pubs chain, said rain would make the outdoors-only idea unworkable and slammed it as “nonsense”.

While Tim Martin, chairman of pubs giant Wetherspoons, added: “These decisions are made by ministers with no experience of business, or empathy for business.

“In my 41 years in business, it’s the least consultative and most authoritarian government I’ve experienced.”

Mr Martin has been calling on the government to reopen pubs at the same time as non-essential shops in March.

Last year, Wetherspoons revealed early on what its pubs looked like with Covid secure measures.

Pubs were kitted out with screen, posters and floor markings to help demonstrate how Wetherspoons will reopen branches.

The Sun was also given a sneak peek inside a Greene King branch in Cambridge, to find out what it would be like after the first shutdown.

UK Covid cases at lowest level since start of OCTOBER as 8,489 test positive and another 548 die