A MILLION people in the North West of England have been told to get a Covid test – if they have a runny nose.

Health officials are urging residents in Liverpool, Preston and Lancashire, to get tested for a much wider range of coronavirus symptoms. 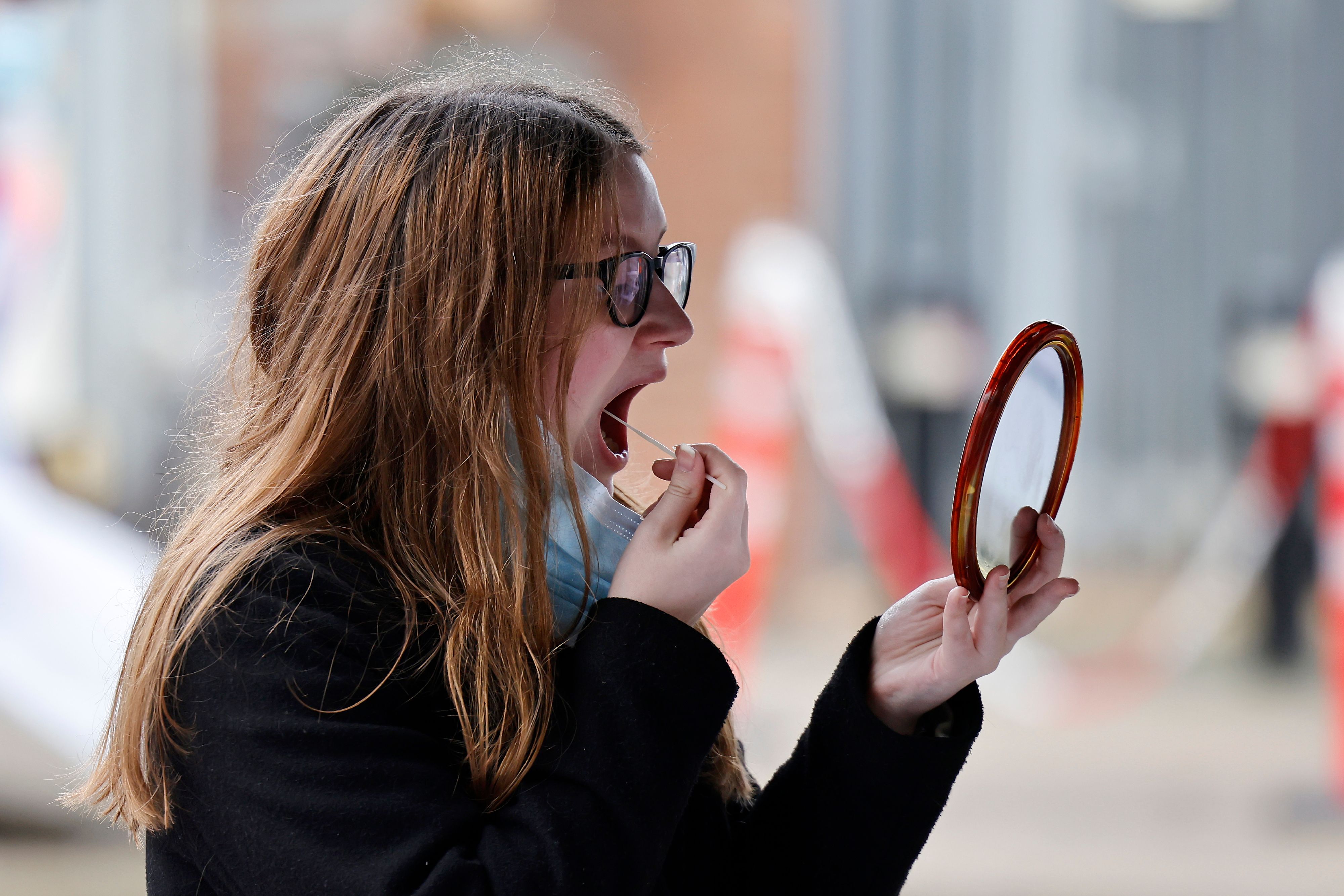 A woman takes a Covid swab test in Ealing, West London, where cases of the South African variant were detectedCredit: AFP or licensors 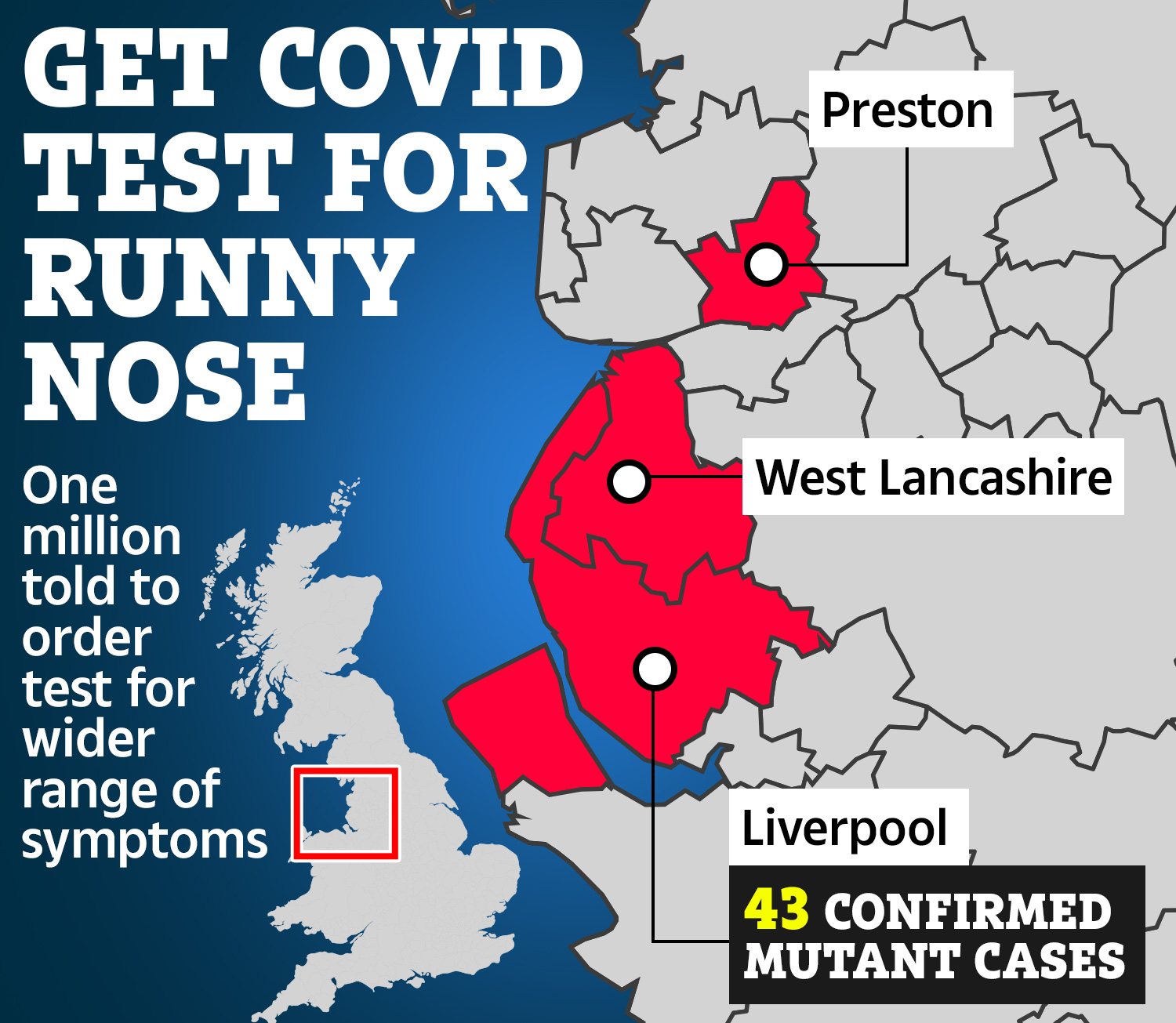 It comes amid reports that more than 100 cases of a mutated strain of the virus have been detected in the region.

The Government’s emergency virus group, Nervtag, is expected to classify new strains emerging in Liverpool and Bristol today, according to the i.

On Tuesday, Public Health England said the Liverpool cases involved the E484K mutation of the virus, but was not a new variant.

Experts are concerned about this particular strain because it’s been found to evade antibodies, even in vaccinated people.

Now, health officials are urging people living in areas of the North West to take a Covid test if they are feeling unwell.

Dr Sakthi Karunanithi, director of public health and wellbeing at Lancashire County Council, said: “If you live in Preston or West Lancashire and you’re feeling under the weather, please get a Covid test.

“It doesn’t matter if you don’t have the three classic symptoms of a fever, loss of taste or smell, or a cough – even a headache could be an indication you may have this mutation.

“Understandably, some residents may be concerned but all viruses mutate over time so this should not cause any further alarm.

“Alongside our partners, please rest assured that we are monitoring the situation closely.

“It is important to stress that there is currently no evidence that this mutation alone causes more severe illness or is more transmissible.

“The best way to control the spread is for everyone to continue to abide by the lockdown rules and following the simple steps of washing your hands, using a face covering and making space from each other.

“While Covid has been here for a while now, these new variants remind us that we all need to keep doing what we can to stay safe and avoid spreading Covid to each other.”

The warning is separate to the “surge testing” announced in eight postcodes of England earlier this week.

Officials have been doing doorstep testing for asymptomatic cases in areas where cases of the South African variant were identified.

This included parts of London, Kent, Surrey, Southport and the West Midlands.

It later emerged that a cluster of cases in Bristol – in what is reported to be termed the Bristol variant – involved the strain that originated in the UK with the E484K mutation. 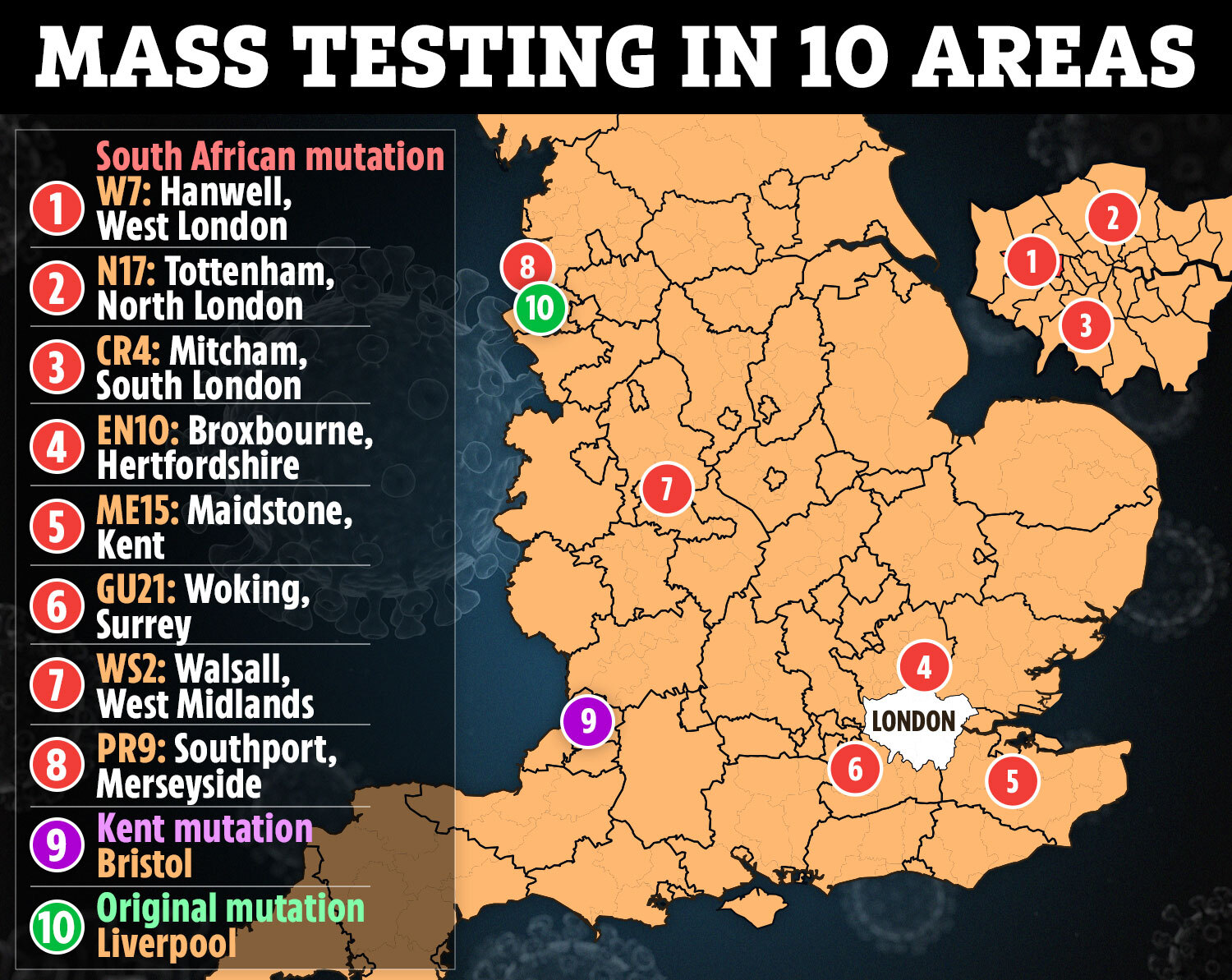 While only a handful of cases have been identified, experts are concerned because the strain combines the more contagious Kent variant with the E484K mutation, which has been shown to reduce antibody recognition.

The Bristol variant is expected to be classified as a “variant of concern” with surge testing likely to be stepped up in the affected areas.

In the North West, the cluster is expected to be given a lower priority Nervtag classification of “variant under investigation”, it’s reported.

It involves an E484K mutation of the original coronavirus, which sparked the pandemic last year, but is not as tranmissible as the Kent strain.

Reports suggest that it will be termed the Liverpool variant, with 60 more cases expected to be announced on top of the 43 already confirmed.

Public health officials are still concerned about the cluster as it’s already wider spread than those in the South West.

Although a wider range of symptoms aren’t specifically associated with the E484K mutation, officials have broadened the criteria for swab tests.

Matthew Ashton, director of public health for Liverpool, told the i: “We are concerned that people may not think they have Covid because they are not displaying the classic symptoms and, as a result, could be unwittingly spreading the infection to others.

“The virus is changing all the time, so it is essential that we redouble our efforts so we stay one step ahead of it, and we know some people have been testing positive with other symptoms.”

A further 60 probable cases are reported to have been identified.

Although not all 103 are understood to be linked to the funeral cases, suggesting that community transmission is increasing.

The latest PHE data shows that of the 315 local areas in England, six have seen a rise in case rates, 306 have seen a fall and three are unchanged.