THESE maps reveal how Omicron’s sub-variant is spreading in the UK, with some hotspots emerging.

The BA.2 variant now accounts for around 27 per cent of all Covid cases in the UK, according to the Wellcome Sanger Institute.

Cases per week of BA.2 in England, as of February 5Credit: Wellcome Sanger Institute 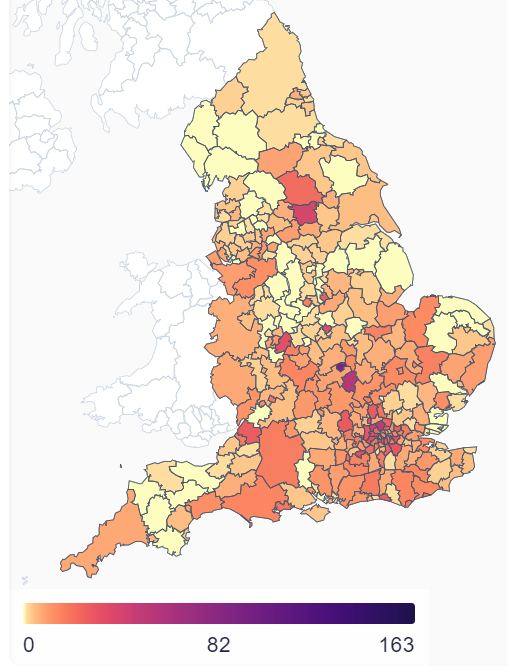 Cases per week of BA.2 in England, as of January 29Credit: Wellcome Sanger Institute

Research has shown that it spreads faster than other variants.

The UK Health and Security Agency (UKHSA) suggested last week it could be because “the time between primary and secondary infections is shorter”.

Called the “serial interval”, it is the the number of days between infection and someone passing the virus on to someone else.

For BA.2, it appears that the serial interval is shorter, and therefore people are spreading it onto others rapidly after catching it themselves.

But there is no indication that it is any more severe than it’s relative Omicron (BA.1), which studies show is a more mild strain.

Booster vaccines also work against BA.2, the UK Health and Security Agency (UKHSA) say, with around 70 per cent protection against hospitalisation.

Maps created by the Wellcome Sanger Institute show that BA.2 has spread far and wide in England since it emerged in early December.

It now appears to be most prevalent in the South East, East, West Midlands and North West.

It is less prevalent in the South West – despite previously ramping up in this region – East Midlands and North East.

London and surrounding counties are reporting higher cases of BA.2.

The most detections per week are in the borough of Barnet, with 144 cases.

Outside of the capital, Northampton in fact has the highest figure of 163, with other hotspots including Birmingham (82) and Leeds (64).

These are only a proportion of the true number of cases, as genetic sequencing is only carried out on a small subset of positive Covid swabs.

And the data is relevant to February 5.

However, it gives an indication of where BA.2 is spreading most and where it has potential to overtake BA.1.

For example, it accounted for 40 per cent of cases in Northampton in the first week of February, which may have risen to half by now.

BA.2 has many of the same mutations as original Omicron BA.1, which is still the most dominant variant in the UK.

Current case rates are still low in comparison, however some experts have predicted it will overtake in the next few weeks.

BA.2 is harder for experts to track because of its mutations.

It comes as Brits are expected to face a change in Covid testing, with The PM drawing up proposals to charge people if they want PCRs.

Brits are currently told to get a highly-accurate PCR test after coming into contact with someone with Covid, but this advice is also set for the chop as the nation gets back to normal.

PCR tests which were previously needed for travel could cost more than £100 privately.

It is understood they will remain free for vulnerable people and within hospitals and high-risk settings.

Free lateral flow kits could also be scrapped under money-saving plans reportedly being pushed by the Treasury.

Meanwhile, coronavirus cases in the UK have plummeted by 58 per cent in the last month as deaths continue to fall.

A further 41,648 people tested positive for the virus on Monday, down on the daily infection total seen on January 14, which was 99,652.

Deaths have also fallen in the last month and a further 35 deaths within 28 days of a positive test were recorded today. 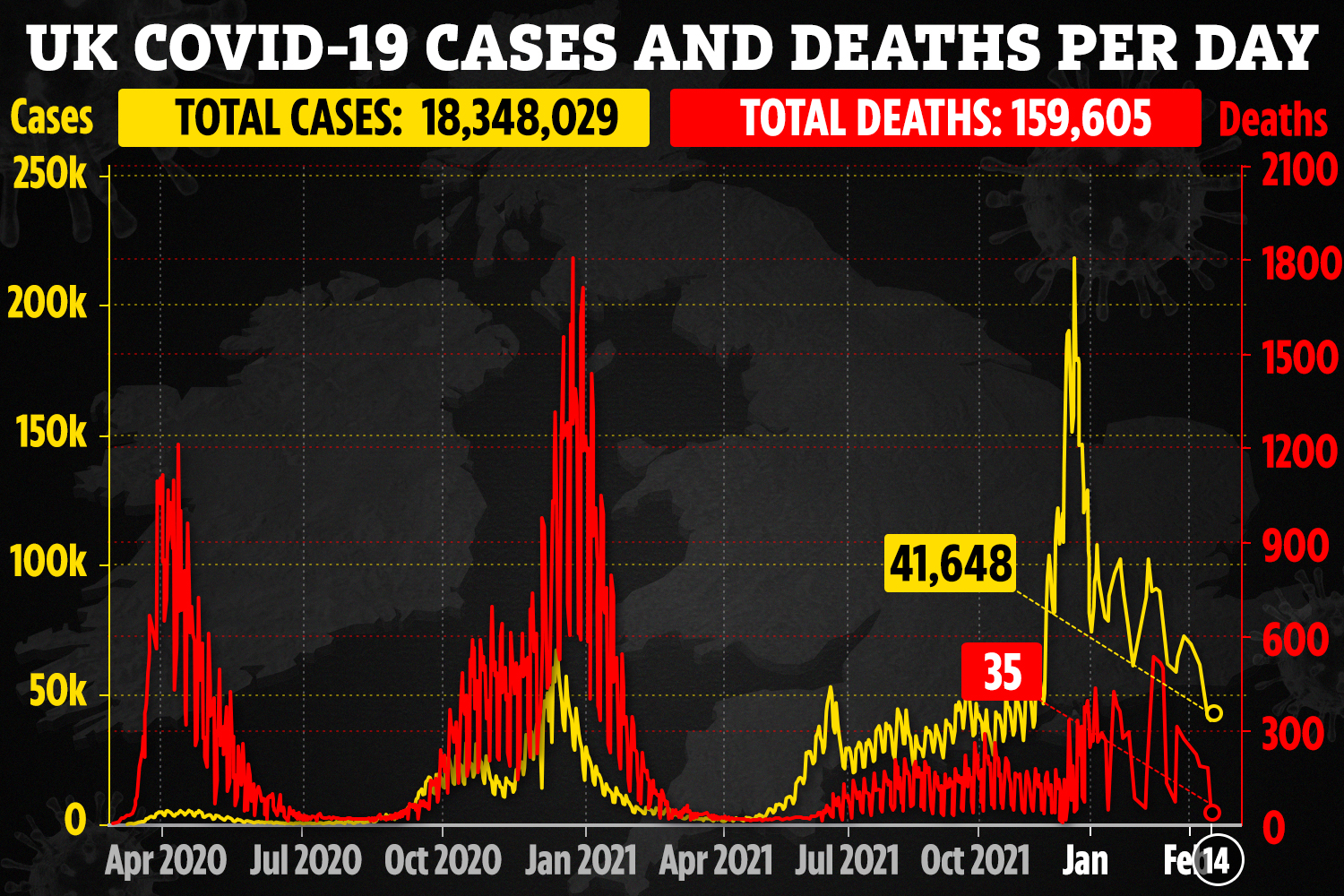