But due to high levels of vaccine uptake, severe disease is unlikely for the majority, and hospitalisations and deaths are not currently rising.

Omicron cases may be higher than the Government dashboard suggests, a leading study has warnedCredit: Maciek Musialek / Story Picture Agency

An expert said thousands of cases are being missed off the official Government case data because of the recent testing rule change.

In December, health officials said Brits who got a positive lateral flow test need to report their result to the NHS website and go into self-isolation.

But they no longer need to get a confirmation PCR if they do not have any symptoms.

Prof Tim Spector, an epidemiologist at King’s College London, said this means positive LFTs are “often not being logged with the government, so confirmed case data is missing thousands of LFT results, leading to massive under-reporting”.

Prof Spector said that in November, some 70 per cent of people with a positive lateral flow were following up with a PRC. Now, it’s dropped to 10 per cent.

While both PCRs and LFTs are included in the official daily tally, it’s possible that cases are slipping through the cracks after the obligatory PCR rule was scrapped.

Prof Spector is the lead scientist on the ZOE COVID Symptom Study app, which tracks the outbreak using different methods to the Government.

It estimates new cases per day by extrapolating data from app users with positive Covid results and symptoms.

This week, the data suggests there are 195,069 new daily symptomatic cases of Covid in the UK on average, based on PCR and LFT test data from up to three days ago.

And the trend is coming close to the Omicron January peak, when ZOE had predicted 208,471 new daily cases on January 6.

Prof Spector said in a YouTube update that there is “no sign of slowing down”, meaning daily infections could surpass those seen in January.

Meanwhile, the Government data show cases are flat at roughly 100,000 per day, after tumbling from a peak of 200,000 in January.

ZOE data now show cases are rising in all age groups, having crept up first in school children and adults of parenting age.

The rise is much smaller in the 55+ age groups, particularly in the older, more vulnerable 75+ group, the increase is very small.

The figures do not include people who don’t have symptoms, which could be several thousand more per day.

In terms of prevalence, on average one in 28 people in the UK currently have symptomatic Covid, ZOE said.

Prof Spector said: “It seems many are, again, preempting the end of the COVID-19 pandemic. It’s much too early for this.

“High case rates will likely be with us until late spring before the warmer weather and the summer holidays help reduce infections again.”

But he said while the 200,000 cases per day is bad news, “it’s encouraging that recorded hospitalisations, ICU cases and deaths are still coming down”.

He said “Omicron is less severe in a vaccinated population” and new variants are “definitely having less impact on severity”.

Hospitals are not seeing increased pressure at the moment.

However, Prof Spector added: “With a lag of several weeks between infections and hospitalisations, we’ll continue to monitor this rate closely in the coming weeks.”

A string of positive studies have shown Omicron is milder, with a person infected half as likely to end up in hospital than with Delta, according to a study.

To get the optimal protection against severe disease, a booster vaccine shot is crucial, health authorities repeatedly say.

Only three doses have been shown to be protective against the Omicron strains, with a triple-jab 70 per cent effective against BA.2.

Hospitalisations and deaths grew when Omicron took over around the New Year.

But they never reached heights seen in the first and second waves, thanks to life-saving jabs. 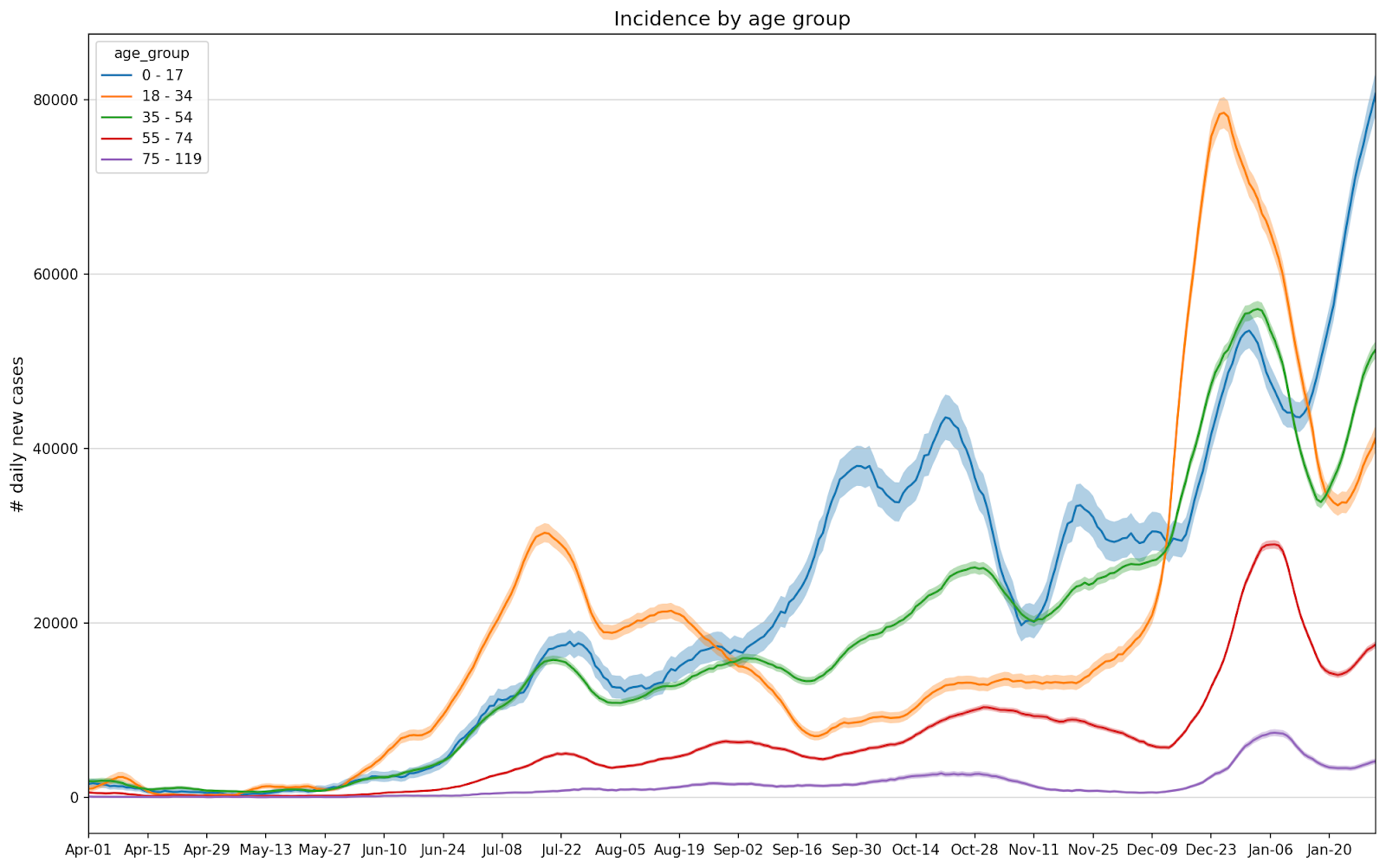 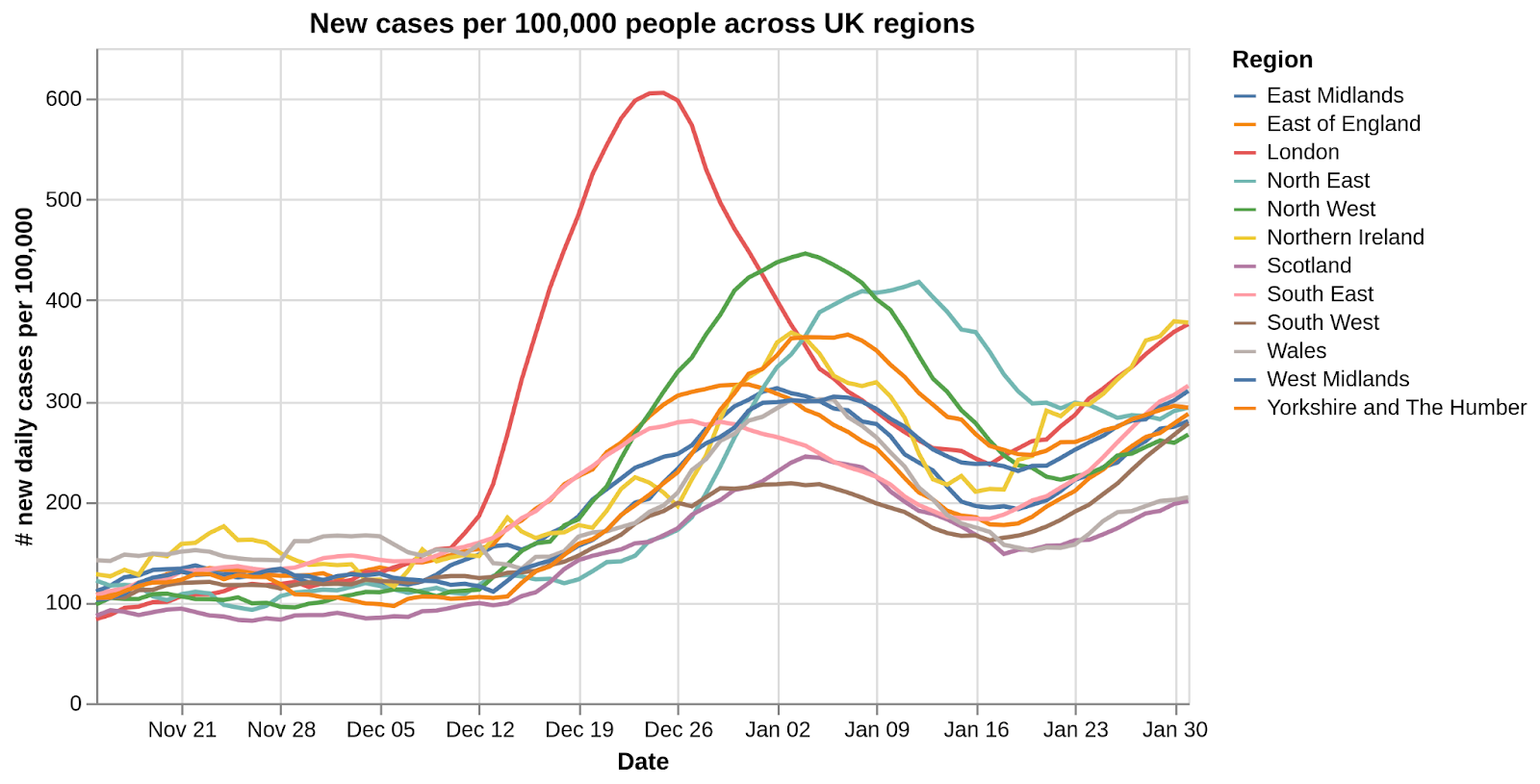 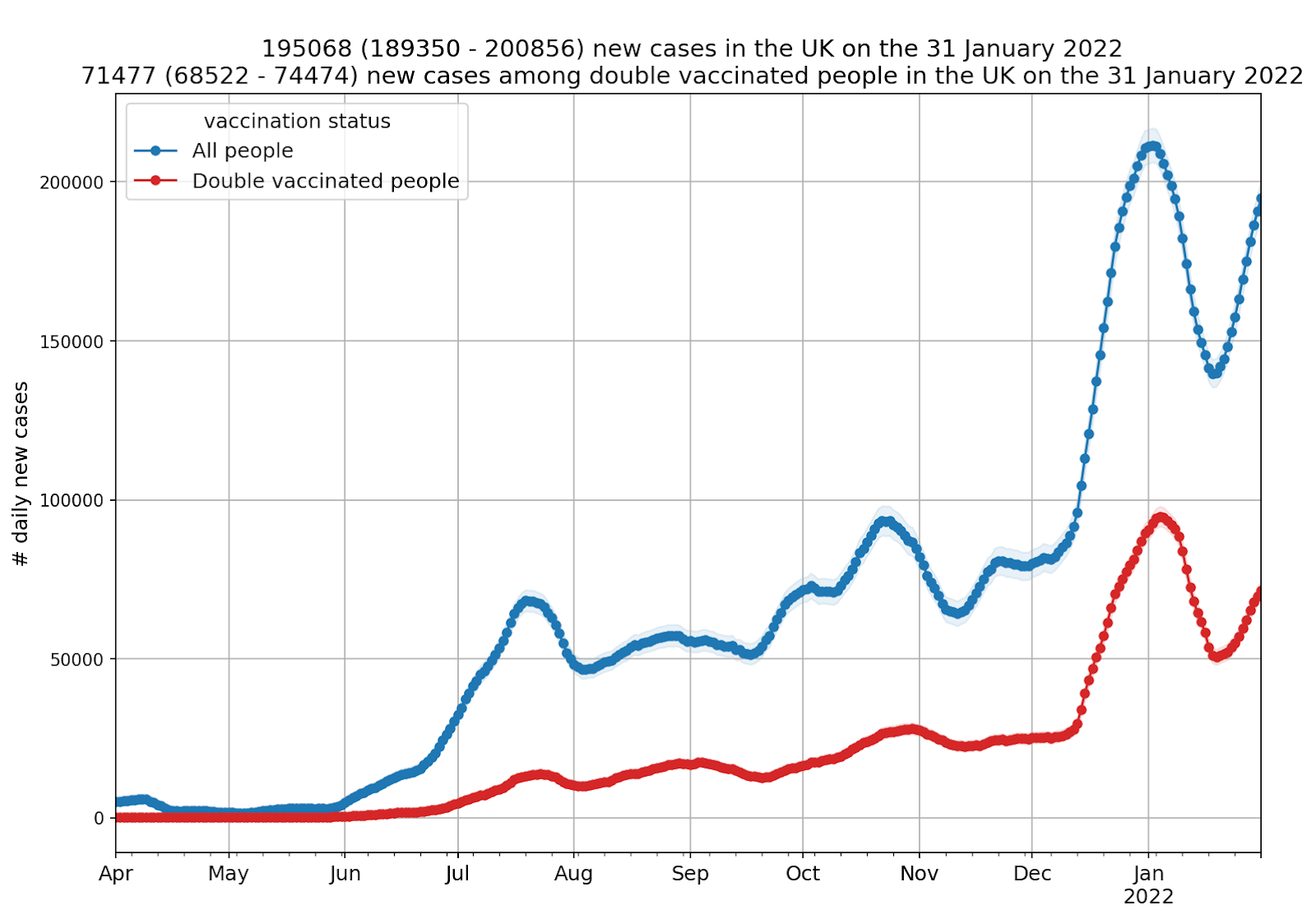 Prof Spector said around 36 per cent of cases are in vaccinated or boosted individualsCredit: ZOE COVID Symptom Study app