BRITS are unlikely to get away on holiday until at least the autumn, a leading expert has warned.

Professor Neil Ferguson said that is the earliest we can expect life to be back to somewhere resembling ‘normal’. 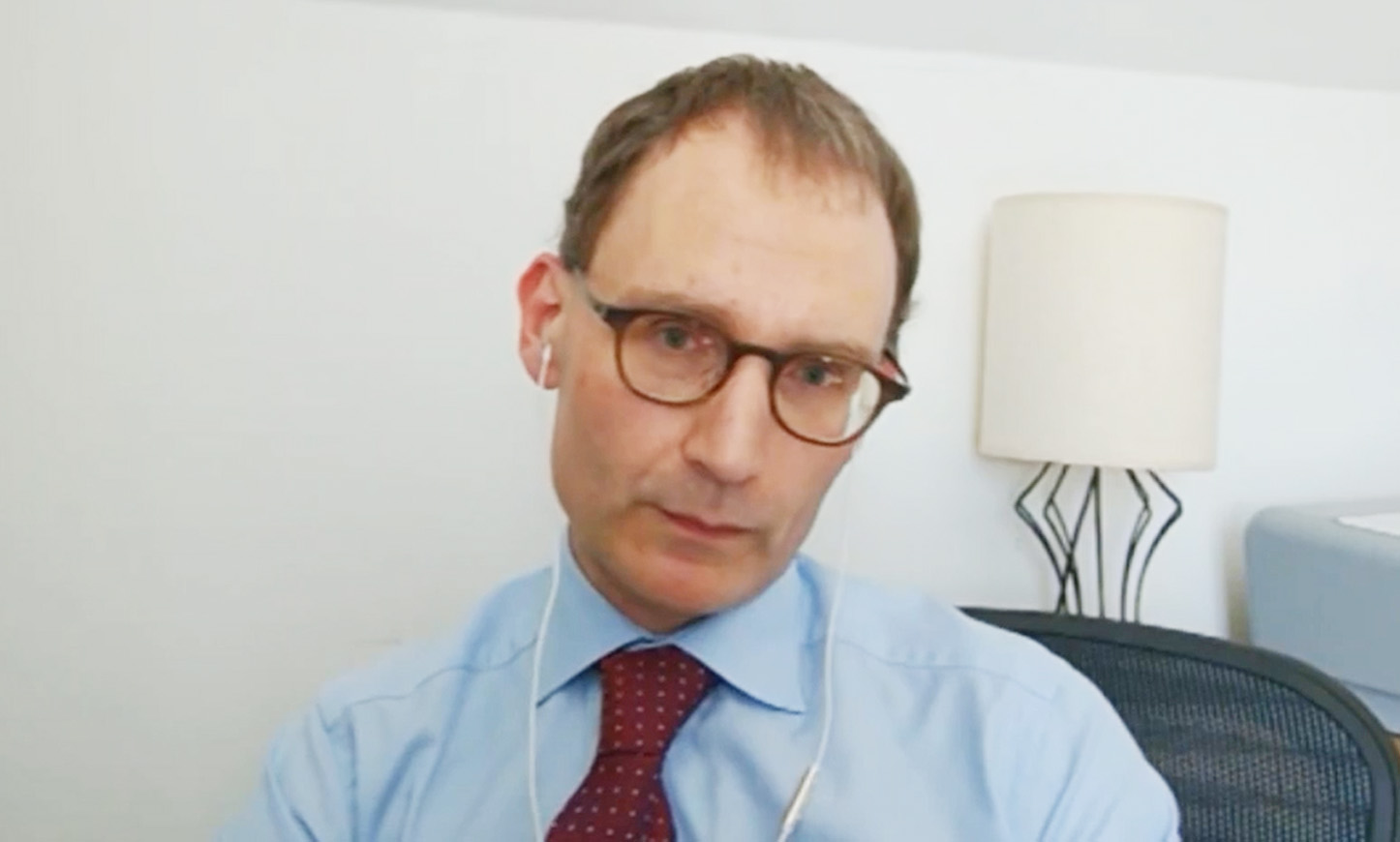 Of particular concern is the South African strain that is currently accounting for around 10 per cent of cases in Europe.

Prof Ferguson warned if the variant was allowed to run rampant here, it could derail the impressive vaccination programme.

So far in the UK more than 28.3 million Brits have received a first dose of either the Pfizer/BioNTech jab or the Oxford/AstraZeneca offering, with more than 2.3 million having had their second jab.

Over the last few weeks vaccination has stalled in Europe due to fears around blood clots and the AstraZeneca jab.

Both regulators in the UK and Europe said the jab is “safe and effective”, but the slump in jabs has meant that Europe is falling behind other nations when it comes to vaccination.

Last night Prime Minister Boris Johnson highlighted that Europe has witnessed an increase in cases and that the UK would have to be “very wary” of the third wave sweeping across the continent.

It was also reported today that Covid variants could be sneaking into the UK from France due to lax quarantine rules.

But Prof Ferguson said just because cases are rising in Europe, that does not affect the UK’s plans for emerging from lockdown. 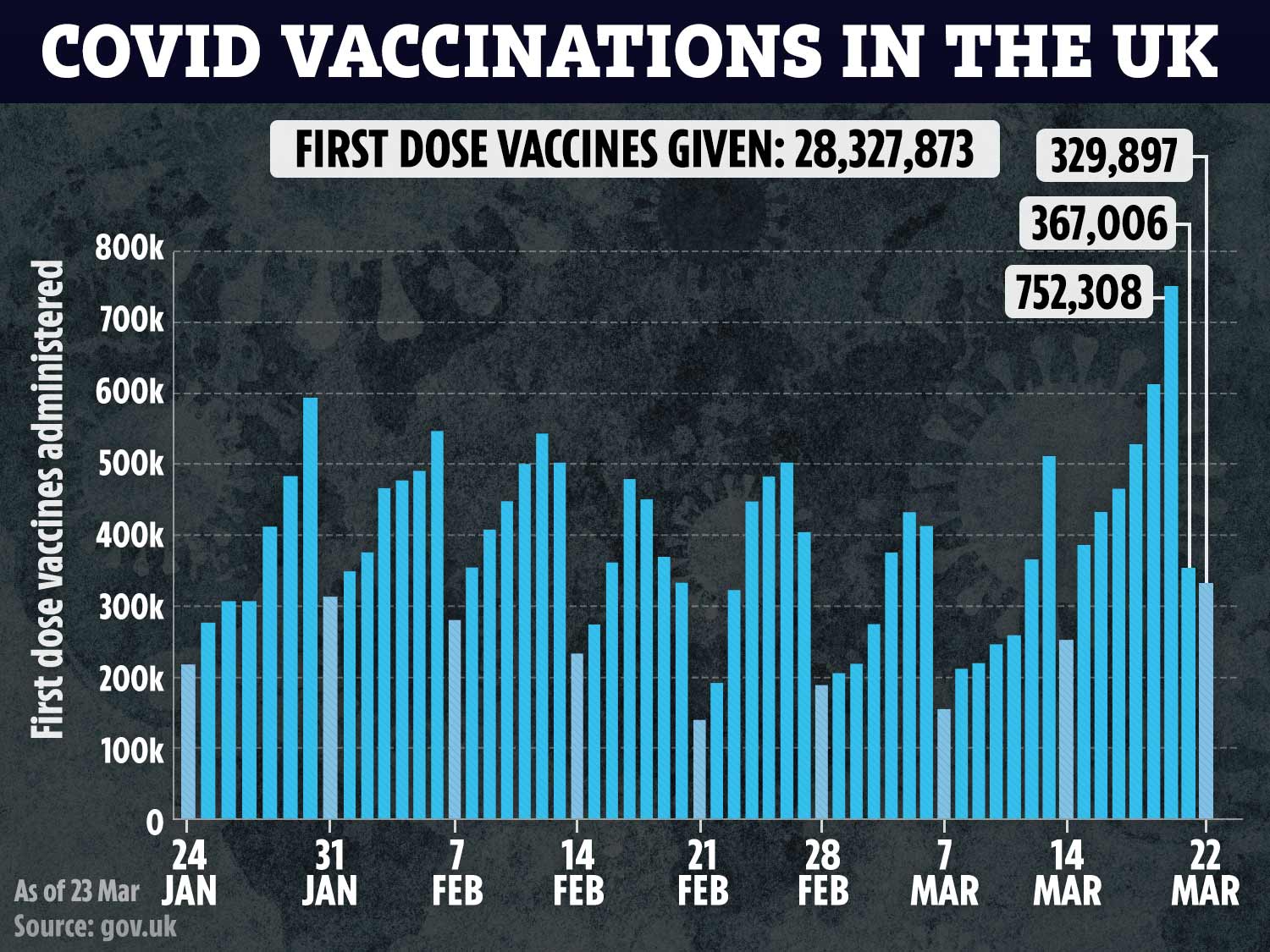 Despite this, he warned that Brits might not necessarily be protected when it comes to other strains of the virus.

He said: “We can’t stop things like the Brazilian and the South African variants forever and they are different immunologically.

“The current vaccines are not as effective against those strains probably, so for that reason as well we want to update vaccines and boost people’s immunity.

“But the real concern is things like the South African variant, where the vaccination programme we’re currently using, whilst it would still give some protection against that (variant), the protection would be reduced.”

He added that the UK has vaccinated more than twice the proportion of the population than any other European country has done.

“So we’re in a better place from that point of view”, he said.

“I don’t think, just because cases are rising in Europe, that necessarily throws our timetable into doubt; what it may do is affect planning around restrictions on international travel, how much we try and screen people coming into the country.”

As jabs continue to be rolled out, some experts have also warned that a booster jab could be needed further down the line.

Speaking at a Downing Street press conference last night, Sir Patrick Vallance said booster jabs might be needed in the autumn months, after everyone has received their first round of Covid jabs.

He said: “I think the expectation is that antibodies to vaccines will also last for a reasonable period, we don’t know exactly how long because obviously people haven’t been vaccinated for a very long period.”

Sir Patrick said booster jabs might be needed in the autumn.

He told the briefing: “There will be a need to think about booster jabs for vaccines in the autumn I suspect, particularly thinking about getting a high level of immunity to cover things over the winter.”

Prof Chris Whitty added: “The second reason for having to do a second vaccine is if we got a variant that had a relative escape from our current vaccines and that would be another reason why we might need to do revaccination.”

Prof Ferguson echoed their comments this morning and said that autumn booster jabs would be “critical”.

He added: “We don’t yet know how long the immunity lasts from the vaccines we’re giving, but natural immunity to coronavirus probably lasts a year or so, so it’s entirely likely we will need to boost immunity.”

Will there be a third Covid wave in the UK?