ENGLAND’S Nightingale hospitals are to be closed down next month as services are “no longer at risk of being overwhelmed”, the NHS says.

Fewer than 10,000 patients are currently being treated for Covid compared with 30,000 in January – a figure that could fall by 60 per cent in just weeks. 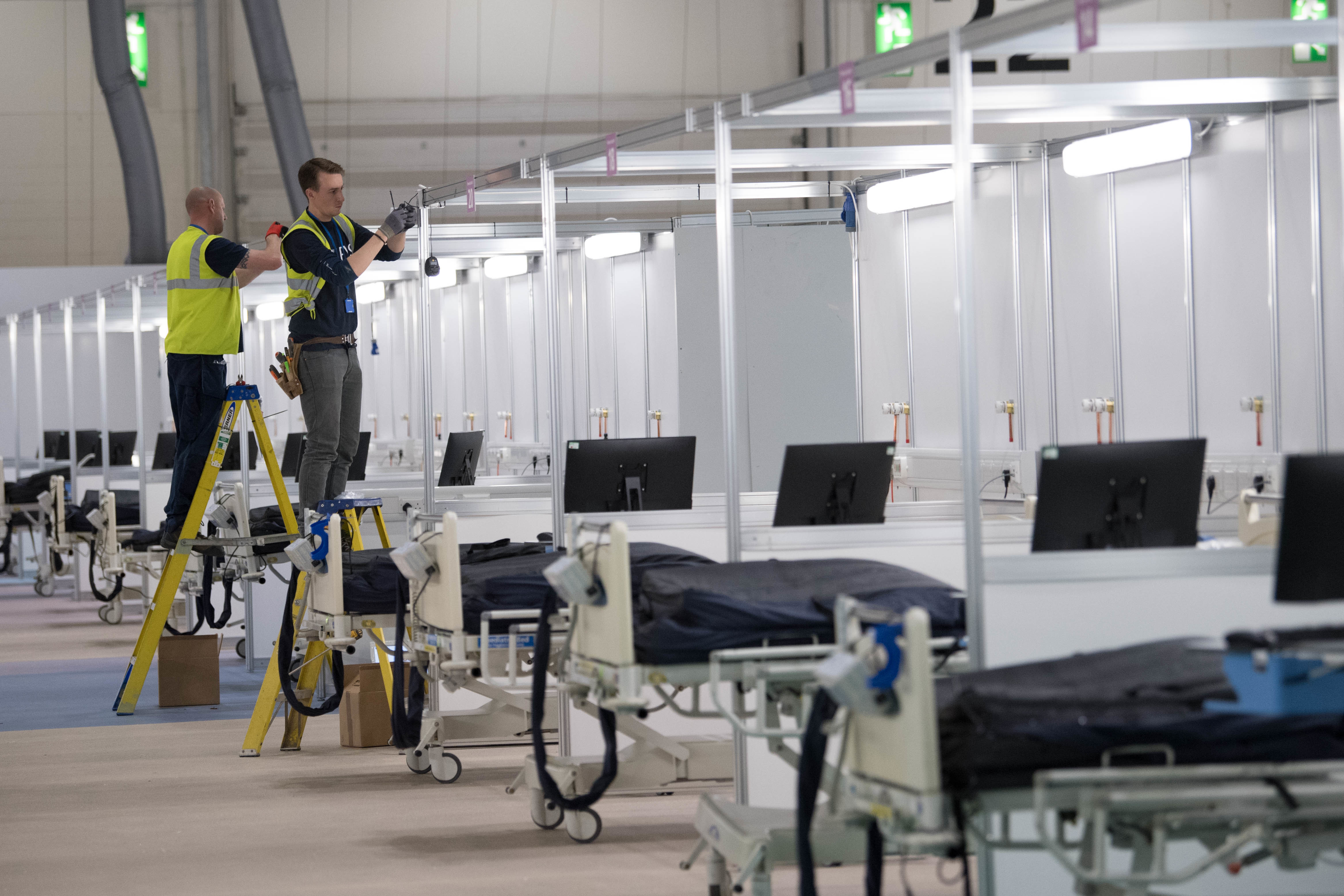 Nightingale hospitals will be permanently closed by April – a year after they were set up (pictured: ExCel centre in London)Credit: AFP

While the alert level was downgraded from five to four at the end of February.

The seven Nightingale hospitals cost a staggering £500 million to set up and maintain, but treated only a few Covid patients over the pandemic.

They were hurriedly put together last spring as ministers feared the NHS would collapse under the pressure of coronavirus patients.

The temporary sites were described by health bosses today as the “ultimate insurance policy”.

An NHS spokesperson said: “Since the very early days of the pandemic the Nightingale hospitals have been on hand as the ultimate insurance policy in case existing hospital capacity was overwhelmed.”

They added: “But, as we have learned more about coronavirus, and how to successfully treat Covid, existing hospitals have adapted to significantly surge critical care capacity and even in the winter wave – which saw more than 100,000 patients with the virus admitted in a single month – there were beds available across the country.

“Thank you to the many NHS staff and partners who worked so hard to set the Nightingales up so swiftly and of course the public who followed the guidance on controlling the spread of the virus and helped to prevent hospitals being overwhelmed.” 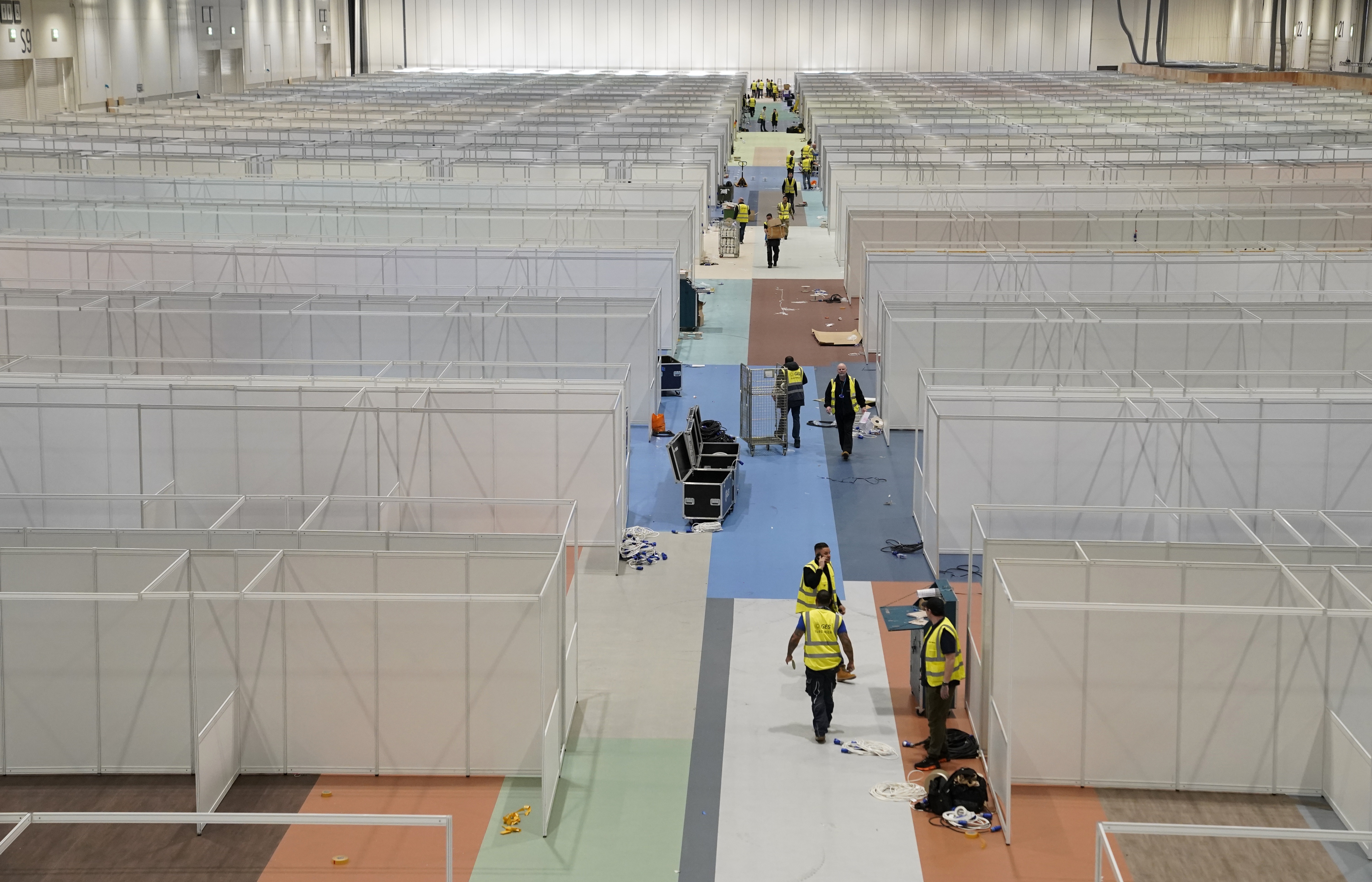 At maximum capacity, the sites were made in order to treat an extra 4,000 to 10,000 people. Pictured is the making of the London hospitalCredit: Getty Images – Getty 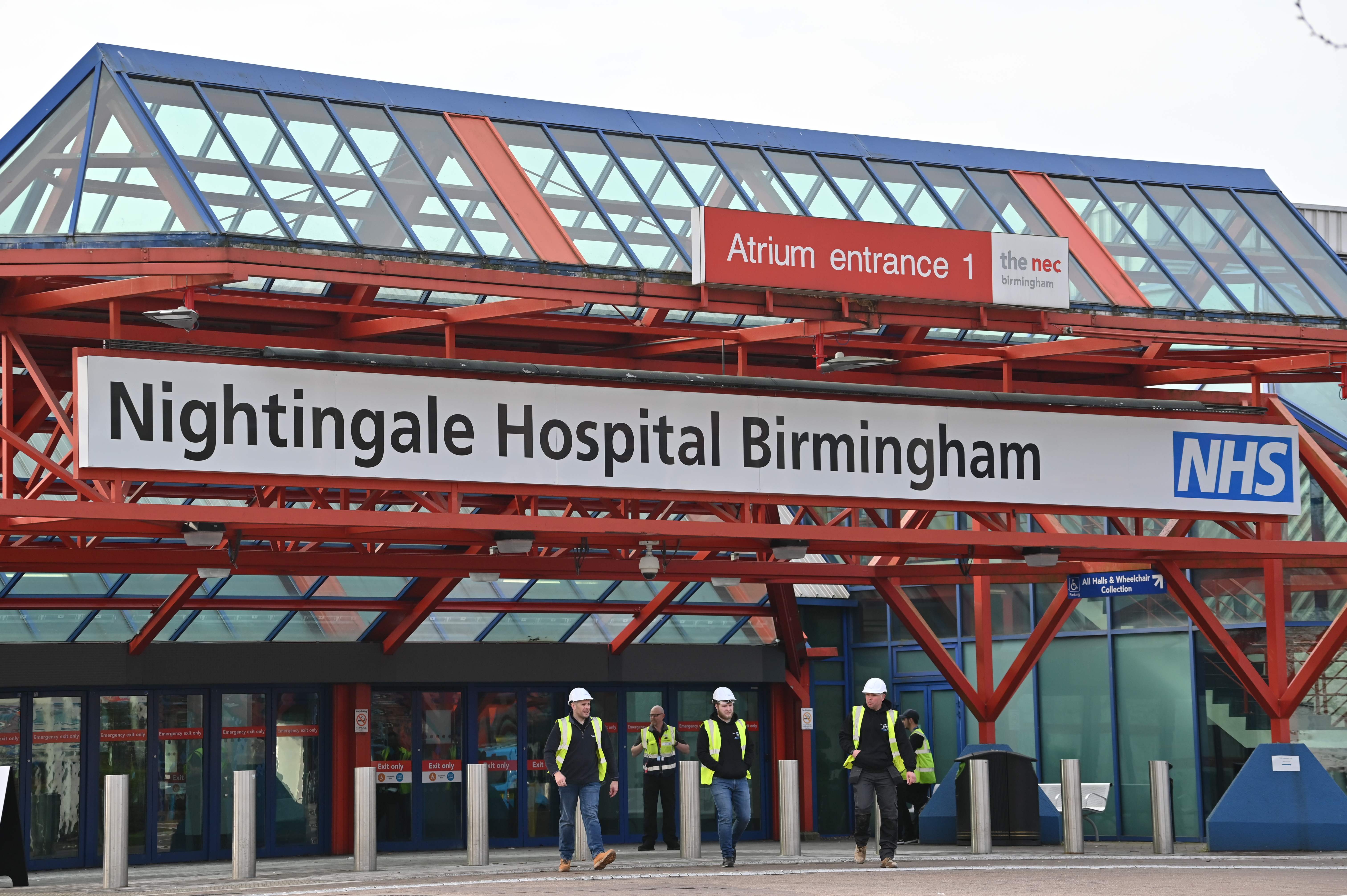 The site in BirminghamCredit: AFP or licensors 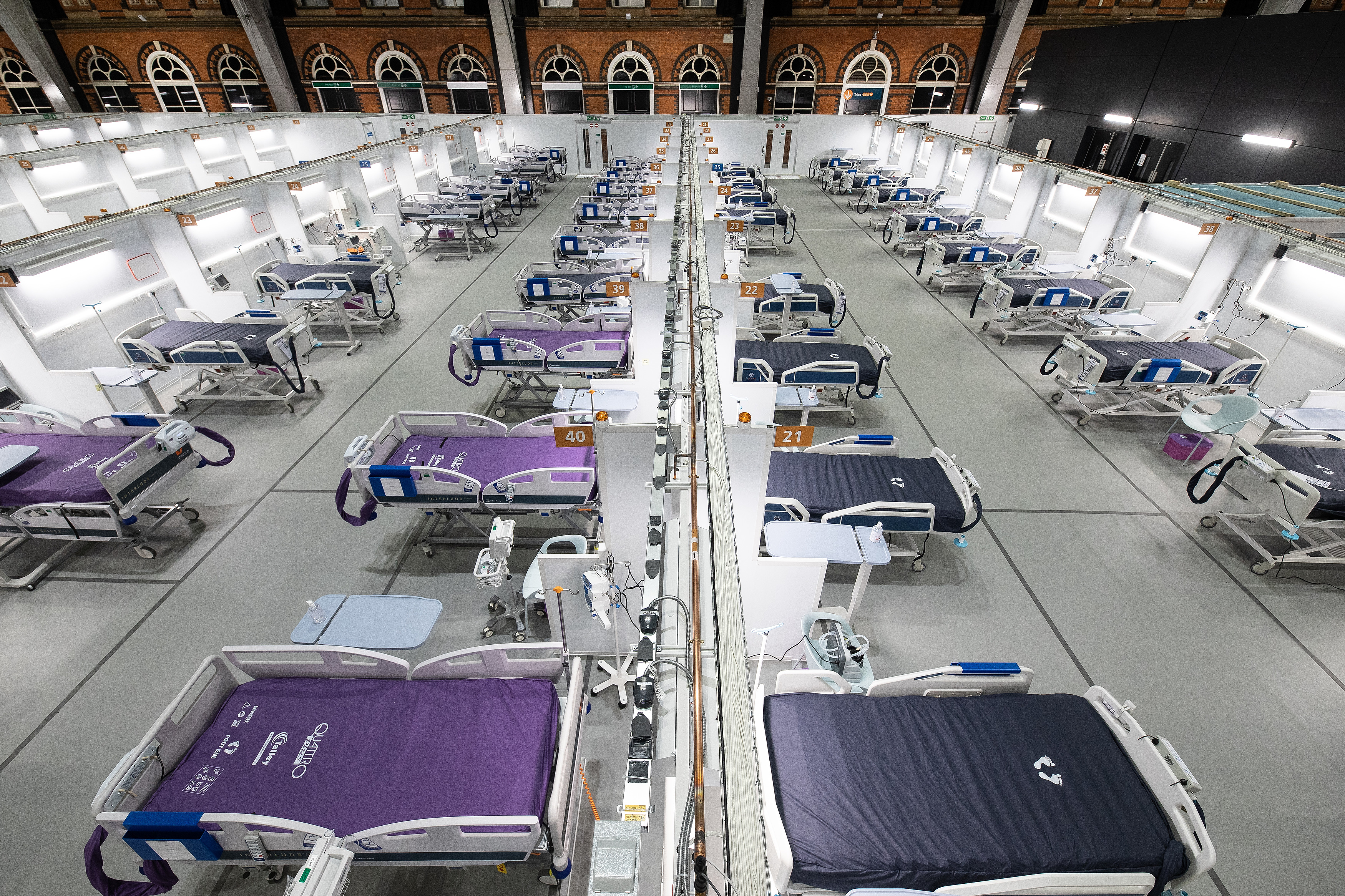 The hospitals in Birmingham, Bristol and Manchester will be shut down next month – and Harrogate’s Nightingale will continue offering diagnostics tests until then.

The pop-up hospitals in London and Sunderland will stay open as mass vaccination centres, as the programme continues to push through millions of Brits.

The Exeter Nightingale will become a diagnostic centre to support the South West region.

Health Secretary Matt Hancock was at the forefront of arranging the Nightingale hospitals, with the help of military aid, as Covid caused chaos in Britain last March.

At maximum capacity, the sites were made in order to treat an extra 10,000 people.

However, only 51 patients were treated on the London site – with 4,000 beds – up until May 2020, according to the British Medical Journal.

Nick Scriven, president of the Society for Acute Medicine, said the Nightingale’s were intended to serve as intensive care units, but it was clear the obstacle from the beginning was that there was not enough staff to work in them.

Staff shortages were already impacting the hospitals across England, leading to a relaxation of nurse-to-patient ratio.

By June, all the Nightingales had been put on standby as Covid cases and hospitalisations plummeted.

The Nightingales sat largely unused for months as leaders tried to work out their purpose during the pandemic.

In the second wave, Covid patients were only admitted to the Exeter and Manchester hospitals, while the others were used as “step-down” facilities for patients recovering from Covid who needed rehabilitation before being discharged.

Even as the new Covid strain from Kent caused cases to soar in a matter of weeks, and hospital inpatients to reach levels twice as high than the first wave, photos showed the Nightingales sat empty.

NHS England said existing hospitals “adapted” to the demands that came with the Covid crisis.

However, the long-lasting damage of cancelling hundreds of thousands of operations in order to make room for Covid patients is likely to last several years.

Millions of people are waiting to be operated on, some since March 2020 and earlier.

The backlog is expected to take years to level out.

NHS Nightingales across the North have been put on standby as hospitals are four weeks off the levels seen at the virus’ peak, doctors have warned