NICOLA Sturgeon today threatened to shut the border between England and Scotland amid a major row over hotel quarantine plans.

The First Minister said she couldn’t rule out imposing frontier controls to stop people sneaking around her strict travel measures. 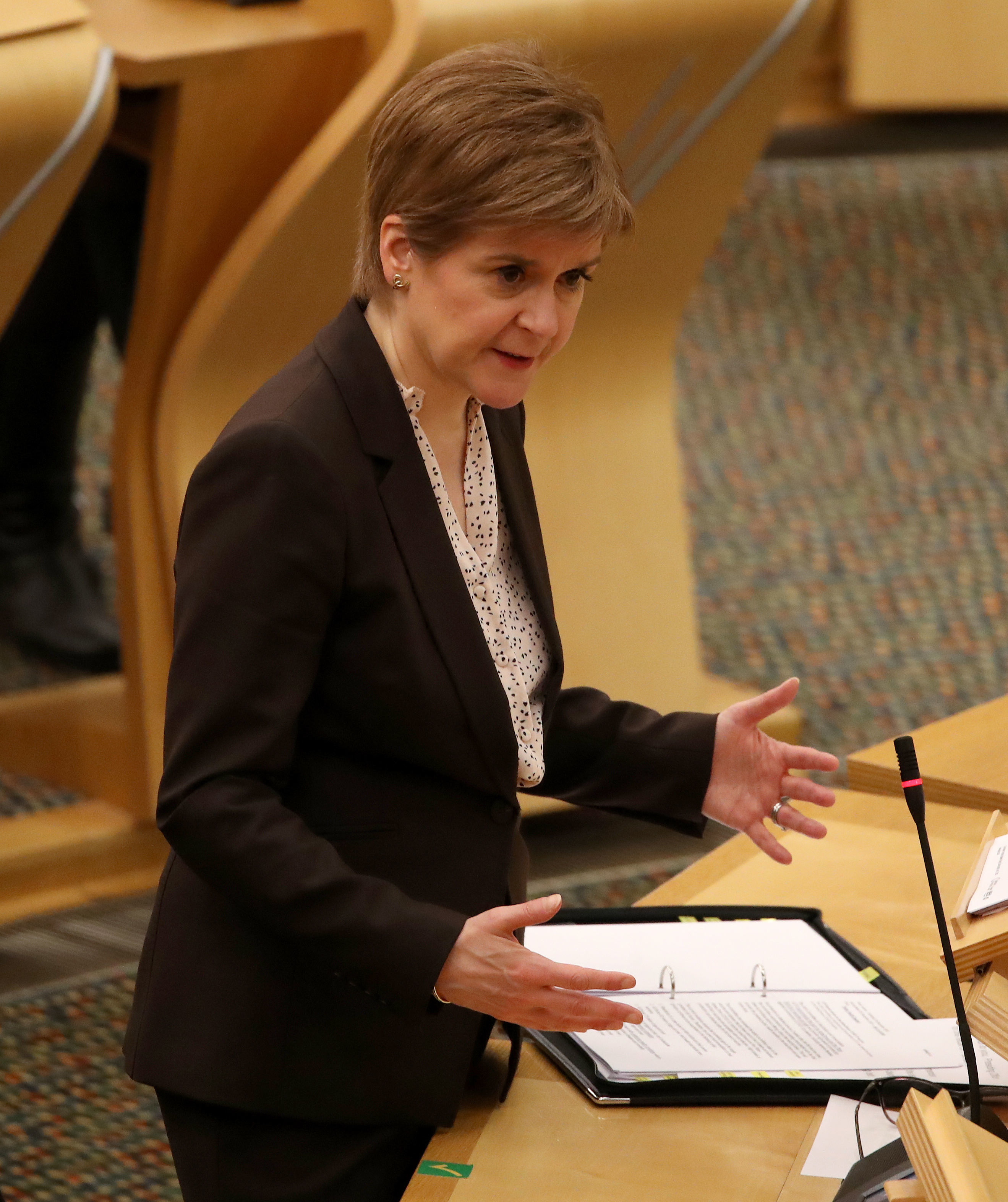 Nicola Sturgeon said there were discussions on border issues ongoing with the UK governmentCredit: PA:Press Association

But Scotland is demanding that everyone arriving there from anywhere abroad self isolates in a hotel for 10 days.

Ms Sturgeon is demanding England enforces her policy for everyone who plans to head north of the border to stop it being used as a backdoor.

Asked today if she could close the frontier if that doesn’t happen, she said: “”I do not rule it out.”

The row comes after a weeks of talks between all four UK nations about coordinating border measures to combat keep new variants out.

More talks will take place in the coming days on a coordinated UK-wide approach – but the UK Government will make the final calls.

Ms Sturgeon said today: “I had a four-nations discussion last night chaired by Michael Gove from the UK Government where the issue of stricter restrictions on travel including controls at the border were discussed.

“There was an agreement in that call to take forward some urgent four-nations discussions about that over the course of the days.

“I think there’s been some speculation from the UK Government about possible announcements soon and we’re part of those discussions.”

Any decision about restricting entry to the UK would be a Home Office decision, and could be effected by Mr Gove on behalf of all four nations.

The First Minister stressed that it was “against the law right not to travel outide of Scotland or into Scotland without it being for an essential purpose.”

And she added: “It’s against the law from today to travel outside your home unless it’s for an essential purpose.

“We have effectively said, travel is banned.”

Officials from the Department for Transport and Home Office are in discussions today about strengthening Britain’s borders to help get a grip on cases.

Ministers are finalising proposals to tighten up entry into England from abroad.

They are expected to include plans for everyone coming in to have to show a negative coronavirus test taken no more than 72 hours before travel.

And they may include bans on flights from coronavirus hotspots around the world too.

At the moment anyone has to quarantine for 14 days – but they can cut this down to five and then have a test. If that test is negative, they can be released early.

After the emergence of the South African strain of coronavirus – which is even more easily to transmit – the Government ordered anyone coming back from South Africa and their contacts to quarantine immediately.

The SNP today demanded that borders should be closed to all but essential travel to deal with the spread.

SNP Shadow Home Secretary Joanna Cherry QC MP said: the Home Secretary is “repeating the same mistakes we’ve seen the UK government make throughout this crisis by failing to introduce effective restrictions and health measures at the UK border to prevent the transmission of covid-19 and its new strains.”

She added: “No one wants to restrict international travel but it is a necessary part of mitigating against transmission. The UK government must stop all but essential travel, and introduce a far more rigorous system of health checks and quarantining at the border. This is a matter of urgency and the Home Secretary must get a grip of the situation.

“Other countries in Europe and across the world have already introduced these measures – leaving the UK as an outlier. For people to have confidence in the UK government’s approach, it is crucial they put these long-overdue measures in place and set out how this will form part of a considered exit strategy.”

Already Brits have been told not to travel abroad unless it’s essential – as part of the new lockdown rules.

And anyone being out of their home for a holiday could risk getting a fine too.

But tourists are still free to enter Britain as it stands.