NICOLA STURGEON has blasted ‘disgraceful and selfish’ Rangers fans who flouted Covid restrictions to party at the weekend – adding the club could have done more to stop them.

Supporters ignored pandemic measures to gather at Ibrox, George Square and Auchenhowie across Saturday and Sunday to lap up their title success. 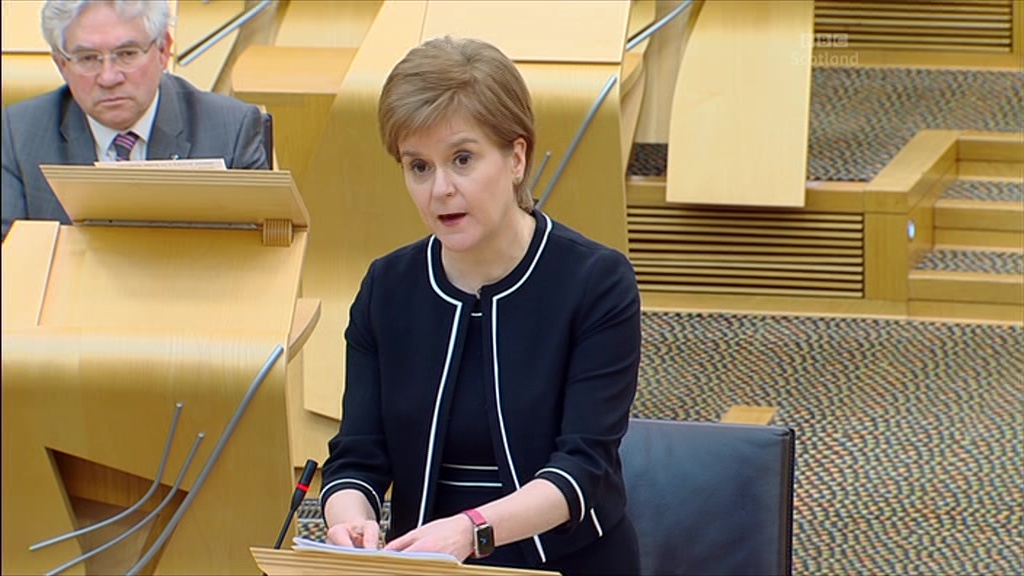 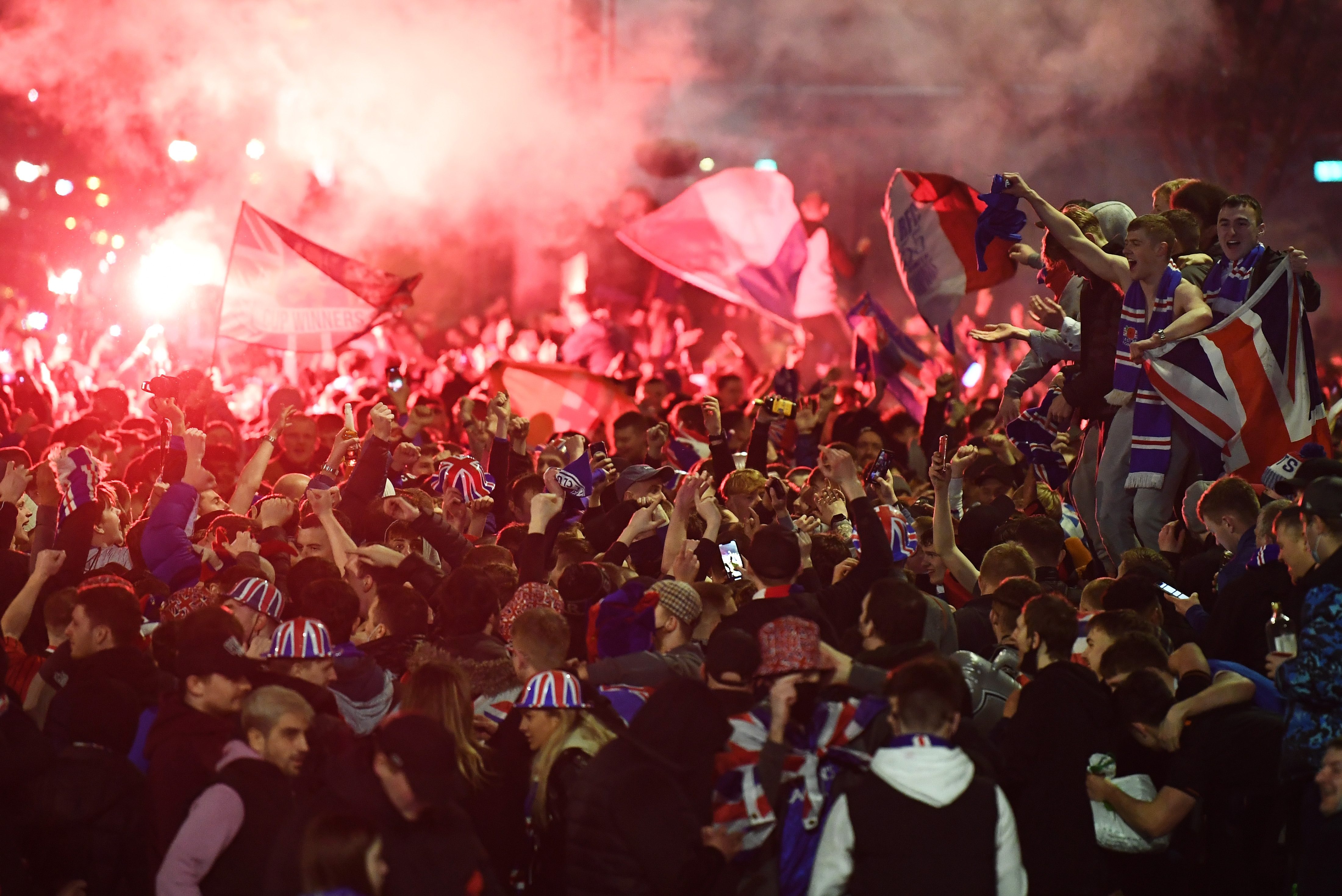 This week the Ibrox club have faced government criticism for their handling of the situation and on Monday, Deputy First Minister John Swinney hit out at the club for a ‘lack of leadership’.

But Rangers blasted back with a letter to the First Minister, accusing her of a ‘dereliction of duty’.

She has not held back during her statement to parliament on Tuesday, adding her voice to the criticism of Gers bosses and their fans.

Sturgeon said: “I share, the anger and despair that the vast majority of people – including, I am sure, the majority of football fans – felt at the weekend towards crowds of supporters flagrantly breaching rules that the rest of us are following every day at great personal cost.

“The behaviour witnessed at the weekend was disgraceful and selfish.

“It is natural that some of the anger people feel is directed towards the government and the police – I absolutely understand that.

“But those at fault are those who breached the rules.

“How the police manage situations like this is, of course, an operational matter – government cannot and should not direct policing operations. 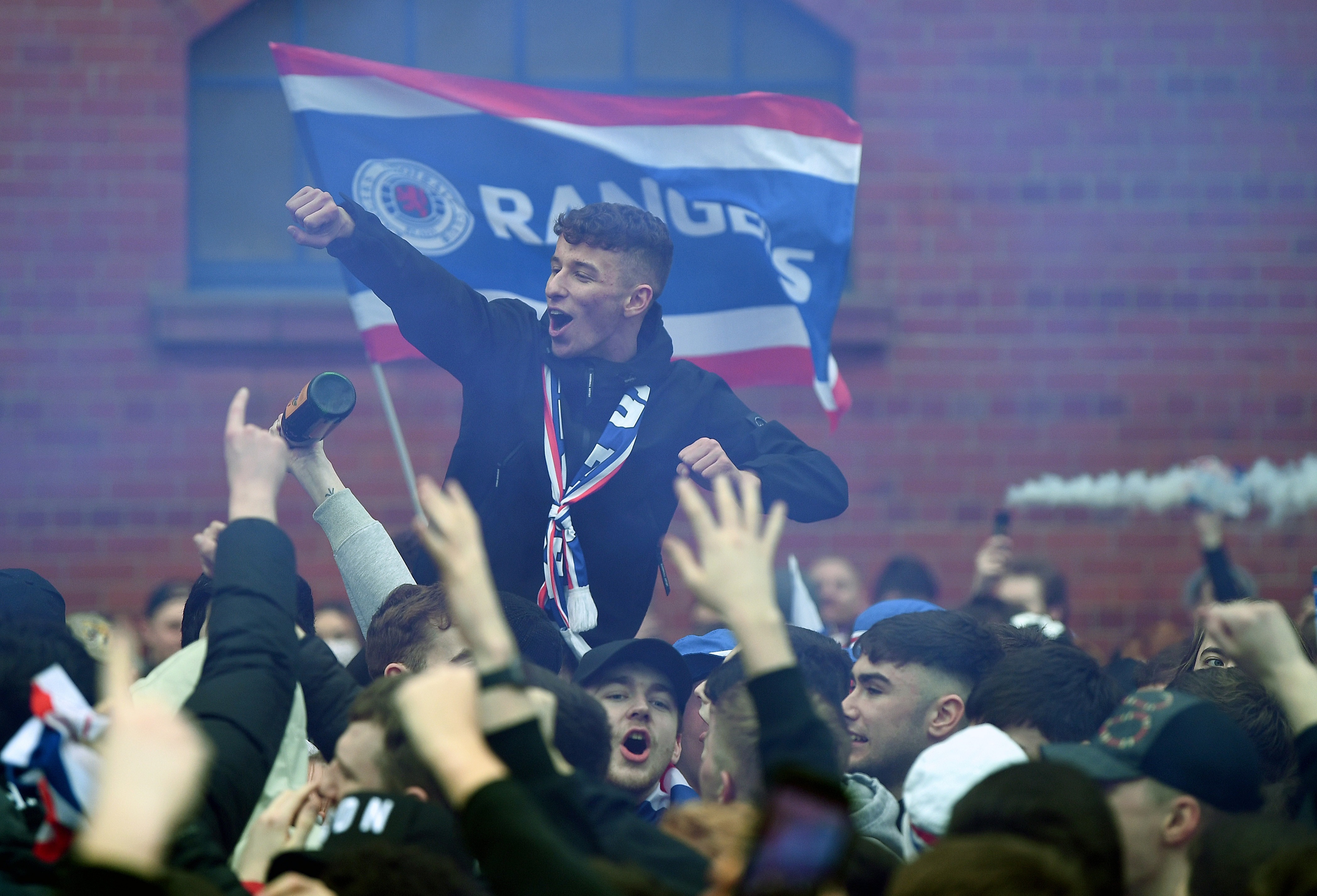 Rangers fans celebrated across Glasgow, including outside Ibrox, after winning the titleCredit: Getty Images – Getty

“I will though be speaking to the Chief Constable later this afternoon to consider what further action might be necessary to avoid any repeat of the unacceptable scenes we saw at the weekend.

“However, no one should doubt the deeply invidious situation that behaviour like this puts the police in as they discharge their responsibility to protect public order and safety.

“We will also be having further discussions this week with the football authorities and with certain football clubs who, in my view, need to show much more leadership.

“Let me be clear, in making these comments, I don’t care about the colour of the shirts.

“I said some harsh things about Celtic’s decisions at the start of this year.

“And as far as I am concerned in this case, Rangers Football Club did not do nearly enough to help avoid this situation arising at the weekend.” 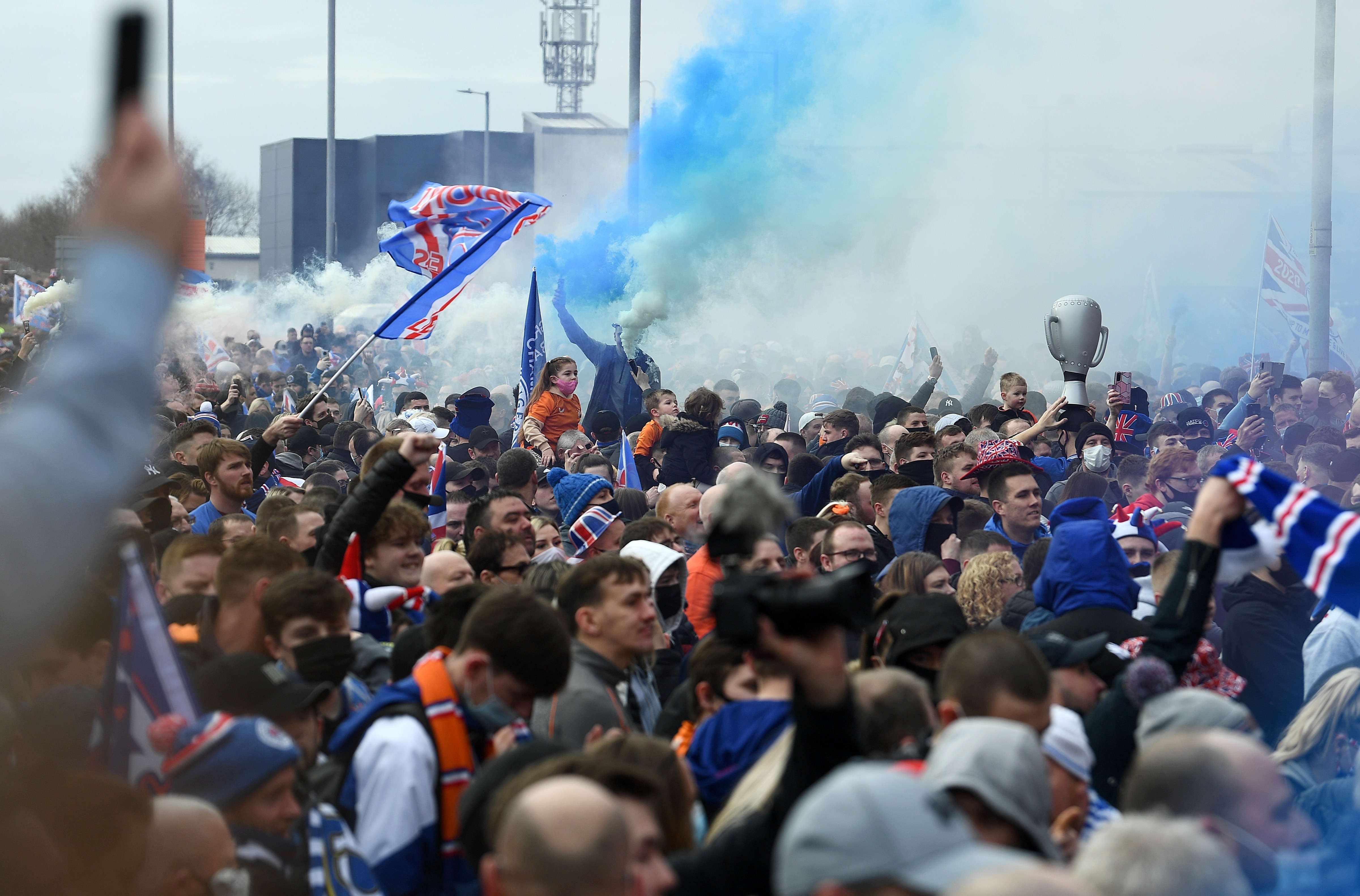 Hoards of fans flocked together after Rangers finally got their hands on the league title againCredit: Getty Images – Getty

Sturgeon continued: “The fact is that elite sport is being allowed to continue just now so that fans – deprived of so much else in life right now – can continue to watch and support their teams.

“It would be deeply unfair if a selfish minority spoil that for the majority, and I hope that will not be the case.

“But given the fragility of the situation we face right now, we cannot simply turn a blind eye to what happened at the weekend and we won’t.

“We will report back in due course – and certainly ahead of the Old Firm match scheduled for March 21 – on the various discussions taking place this week.

“Finally on this subject, I understand why people watching what unfolded at the weekend might wonder why they are bothering doing the right thing.

“The fact is the vast majority of us are doing the right thing because know it matters – for our own health and the health of our loved ones.”