NHS WORKERS and care home staff could be forced to get Covid jabs in a bid to limit delays to lockdown easing.

Ministers are discussing the idea as part of the upcoming review into vaccine passports. 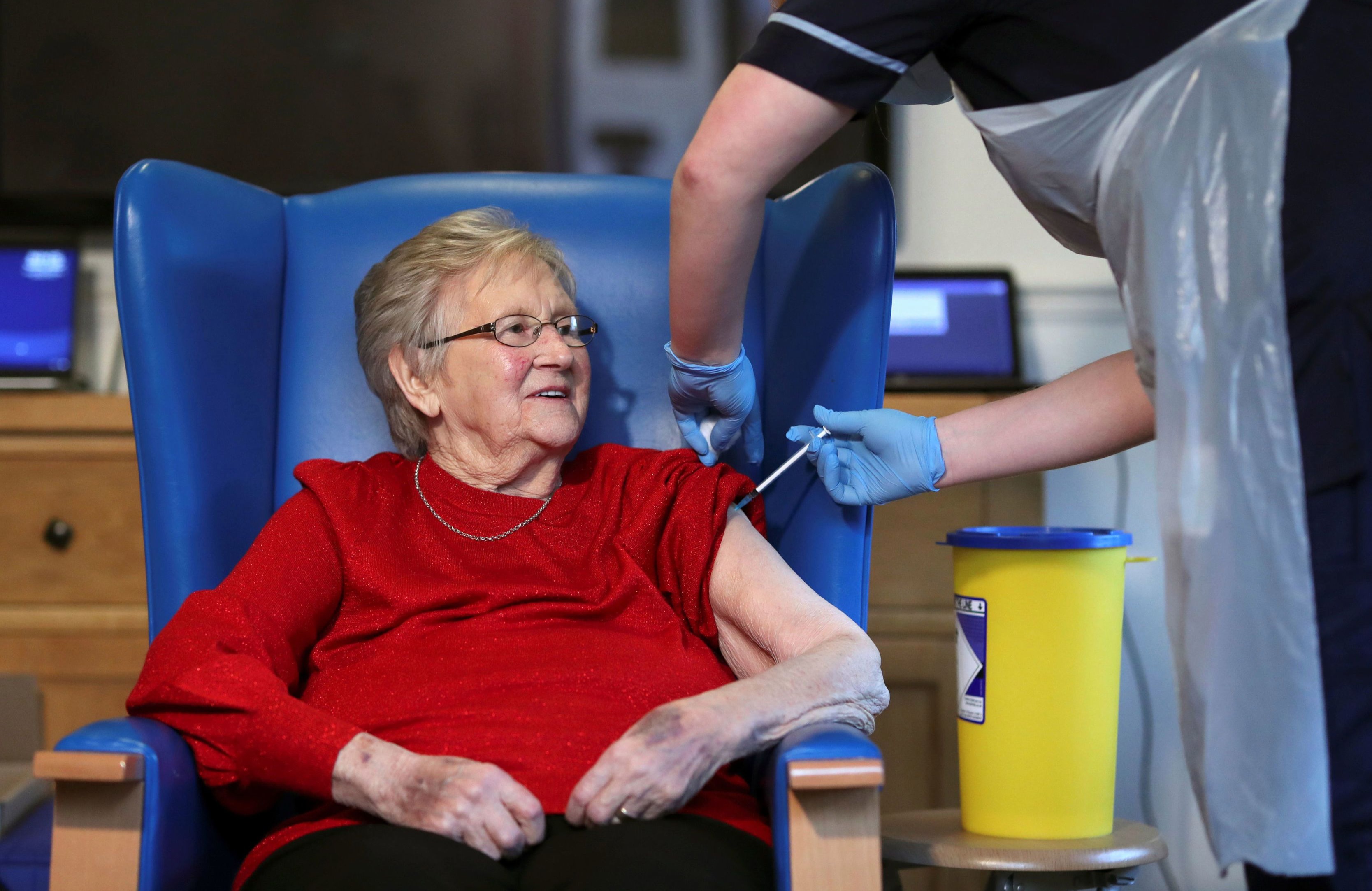 NHS and care home workers may be forced to get the Covid jabCredit: PA:Press Association

It could mean all health staff are legally obliged to get vaccinated.

The plans raise legal and moral issues, and Downing Street has previously said it would be “discriminatory” to force someone to have a vaccine in order to keep their job.

The PM’s official spokesman said last month: “Taking a vaccine is not mandatory and it would be discriminatory to force somebody to take one.”

However, ministers believe forcing health workers to get jabbed could prevent hold-ups in easing lockdown restrictions.

It could also drastically reduce the Covid death toll and spread of infection.

More than 200,000 NHS workers and care home staff have not had their first dose of the Covid jab.

In care homes the numbers are even worse, with 322,534 out of 444,200 of those who work with some of the most vulnerable patients taking the jab.

This is despite chief medical officer Chris Whitty telling health care workers that they have a “professional responsibility” to get vaccinated.

A Cabinet source told the Mail: “It is extraordinary that so many people in the health sector appear to have turned down the vaccine.

“It seems incredible that anyone working in that environment could give any credence to the rubbish put out by the anti-vaxxers.

“But we do need to get those people vaccinated.” 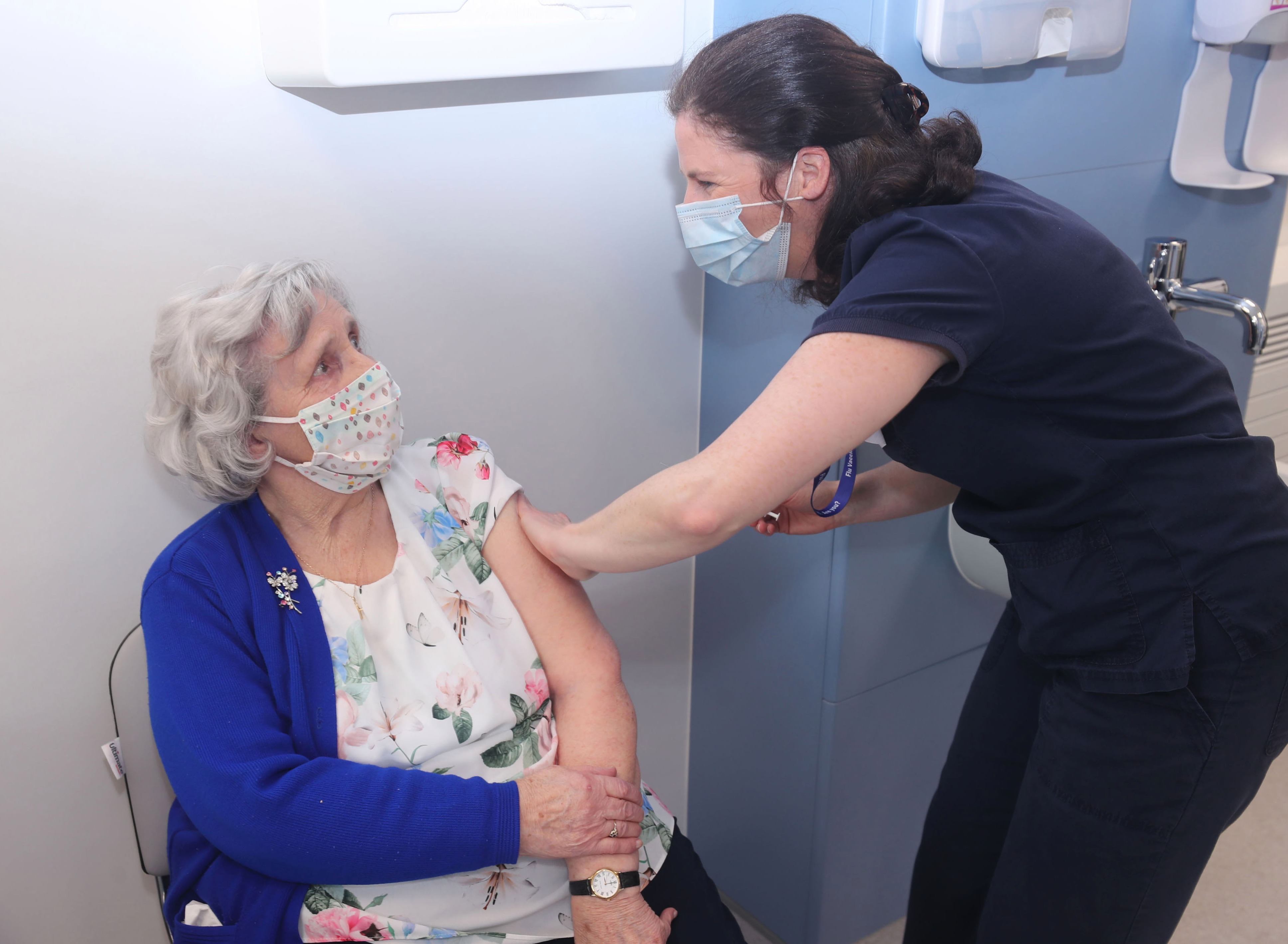 More than 200,000 NHS workers and care home staff have not had their first dose of the Covid jabCredit: PA:Press Association

An NHS England spokesperson said last night that nine out of 10 staff had been vaccinated in many trusts.

But ministers want to get this as close to 100 per cent as possible.

Downing Street last night confirmed the issue was being looked at as part of a review led by Michael Gove into ‘Covid status certification’, or vaccine passports.

Matt Hancock hinted that this may be introduced, telling MPs it was “clear that we will need to provide people with the ability to certify whether they have had the jab”.

He said it was vital that ministers “need to absolutely take into consideration those who have a certified clinical reason why they can’t have the jab – which does apply to a relatively small number of people – but it is an important consideration that will be taken forward as part of that work”.

Pimlico Plumbers has already announced plans to introduce a “no jab, no job” policy for all its workers.

And Care UK, which operates 120 homes, said last week it would only take on staff who have received the vaccine.

A spokesman said: “Everyone applying for a role which requires them to go into a home will be expected to have been vaccinated before they start work.”

But lawyers have questioned whether such an approach would hold up in court, given not even the Government has the power to enforce vaccinations.

They have warned firms they could be open to lawsuits for discrimination or constructive dismissal, potentially leading to costly compensation.

Nick Wilcox, a partner at employment law specialists BDBF, told the Guardian that mandatory vaccinations “could be an issue”.

He advised company bosses to consult workers about jabs rather than imposing them.

The review on whether vaccine passports or similar will be introduced is due to be published ahead of the final stage of the lockdown exit roadmap on June 21.