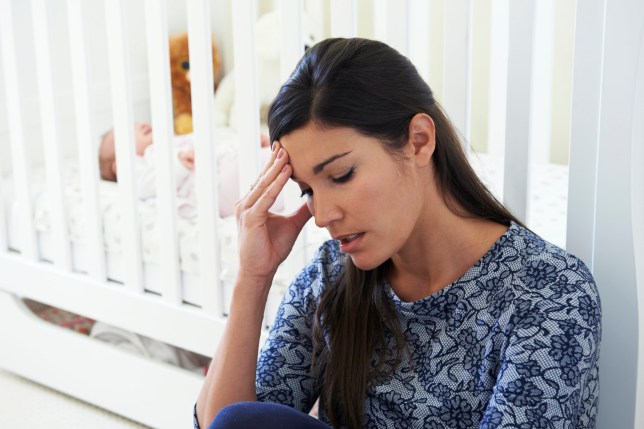 52% of new mums were found to be reaching out to midwives for more emotional support than usual (Picture: Getty Images/iStockphoto)

What happens when your usual support system is out of reach due to the pandemic?

According to new research, midwives are now bridging the gap.

Over the last year, 40% of new mums have seen their own mothers less than twice, meaning they’ve spent more time with their midwives, according to a study by breastfeeding brand Lansinoh.

43% of new mums have seen their midwives more than six times by comparison.

Overall, 52% of those surveyed admitted to needing more emotional support from their midwives than with previous pregnancies.

Midwife and Lansinoh ambassador, Marley Hall, has seen the reality of this play out in her own day-to-day work.

Speaking to Metro.co.uk she says this is unsurprising because of how many new mums ‘are feeling isolated due to the pandemic’, meaning healthcare professionals might be the only people within easy reach.

‘As a result of not having family and friends around to give them advice and support through the early days of motherhood, their midwives are often ones that they will reach out to for that support,’ says Marley.

‘I think it’s a common misconception that maternity services aren’t as accessible as they were pre-lockdown.

‘There has been a change in the way appointments are carried out, with many being held virtually, and partners initially not being allowed to attend,’ she says, though many trusts have now relaxed those rules.

At a time when in-person contact is limited, new mums typically receive seven to 11 in-person midwife appointments – it’s a window of opportunity for support that otherwise will be unavailable to those without local family and friends.

And it’s not just access to personal support systems that’s been thwarted – breastfeeding clinics, antenatal classes and playgroups have been cancelled over the last year.

Access to a midwife has been vital for many, which at the start of the pandemic Marley says was ‘overwhelming’ as the number of mums ‘reaching out for support was incredible.’

But the unprecedented lack of resources hasn’t stopped new mums from feeling guilty and apologetic over their need for help.

Marley says: ‘I think there is a sense of not wanting to trouble healthcare staff as they feel the NHS is overwhelmed.

‘Many mums that contact me do mention that they have turned to me because they’re unable to see their own health professional and are under the impression that the hospital staff may be too busy to answer their query.’

This is where social media has provided a network for new mums to get help, and Marley says she’s received a 10 fold increased in questions via Instagram alone.

‘Many midwives on social media have reported a huge increase of questions coming in from new and expectant mothers.’

Calling this ‘extremely helpful for new parents’, Marley believes one positive to come out of this time is the influx of accessible information online for parents.

‘Many communities of new parents have be born out the pandemic, with people supporting each other during such isolating times’ she tells us.