A NEW Covid ‘belt’ has emerged covering the East to the West of England, as new data from Public Health England (PHE) shows cases are still rising in 18 areas.

This interactive map reveals if your area is on the hotspot list as infection rates continue to fall in 93 per cent of local authorities.

Across the four English regions that cover the East to the West of the country, there are currently more than 1.8 million people infected with Covid-19.

This compares to the total of over 3.7 million infections across the whole country, with the ‘belt’ taking up almost a third of all infections in England.

Cases have however fallen in 293 local authority areas and it was yesterday reported that deaths caused by Covid-19 have plummeted by 80 per cent in just a month.

Another 190 fatalities were recorded yesterday. This time last month, 1,001 daily deaths were reported, showing a dramatic fall in a matter of weeks.

In hospitals in England, 145 further fatalities were recorded. Patients were aged between 42 and 98, and 12 of the casualties – aged 42 to 84 – had no known underlying health conditions.

The Midlands – currently England’s worst-hit region – recorded 41 deaths, while 37 people died in the North East and Yorkshire, 21 in the North West and 16 in both the East of England and London.

While deaths, hospitalisations and infections are all declining, there are still 18 areas in the UK that have witnessed an increase in cases over the last seven days. 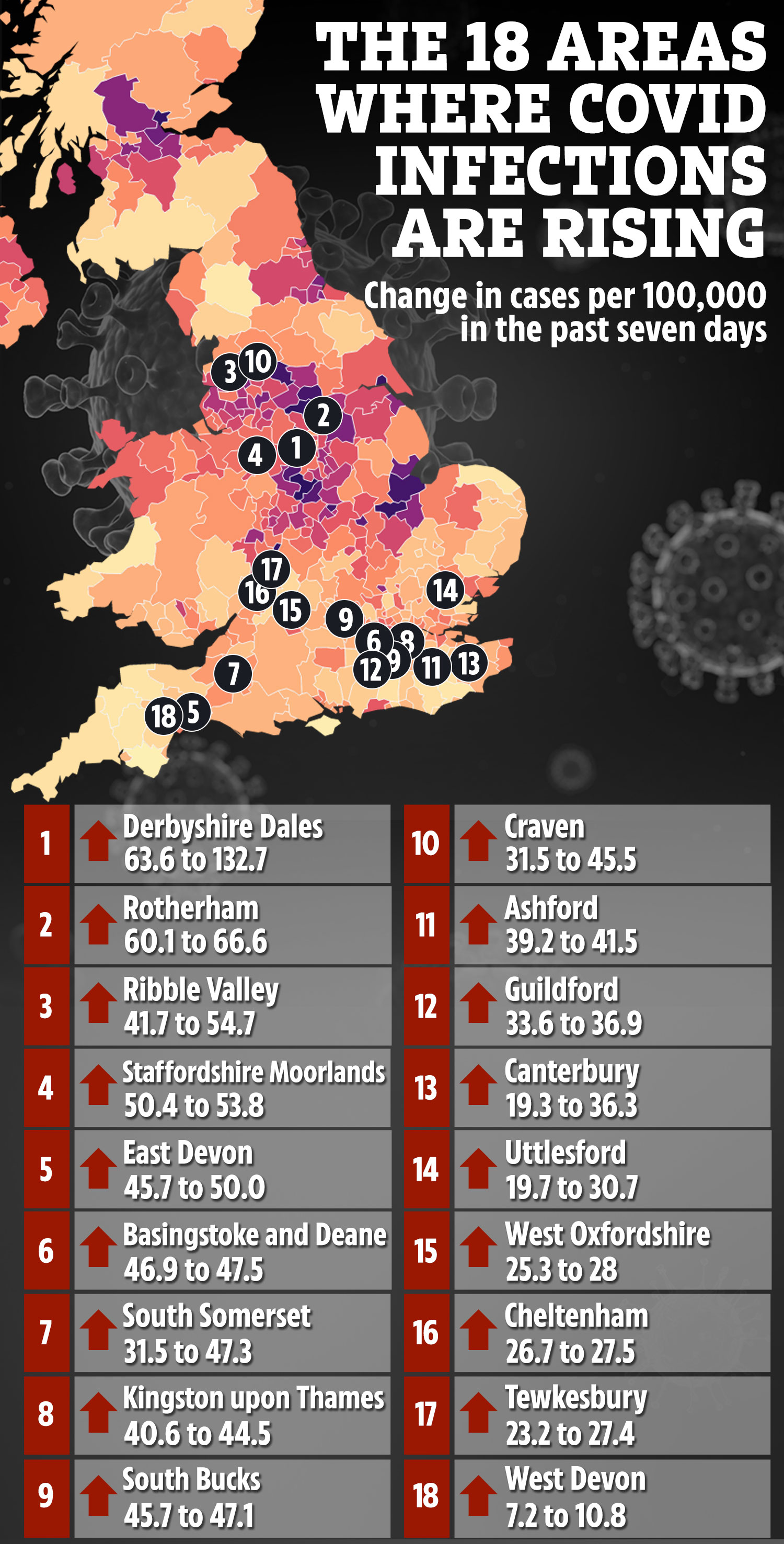 The area is the most infected in the country and recorded 116 new cases in the last week.

Elsewhere in South Yorkshire, and Rotherham has also witnessed an increase in cases from 148.8 to 151.8 – this is the equivalent of 403 new cases.

The area is covered by The Rotherham NHS Foundation Trusts where at present there are 52 patients in hospital with Covid-19 and just two on ventilation.

Basingstoke and Deane increased from 46.4 to 51.5 and the latest data from the Office for National Statistics (ONS) shows that in the last week, four people have died from the virus in the area. 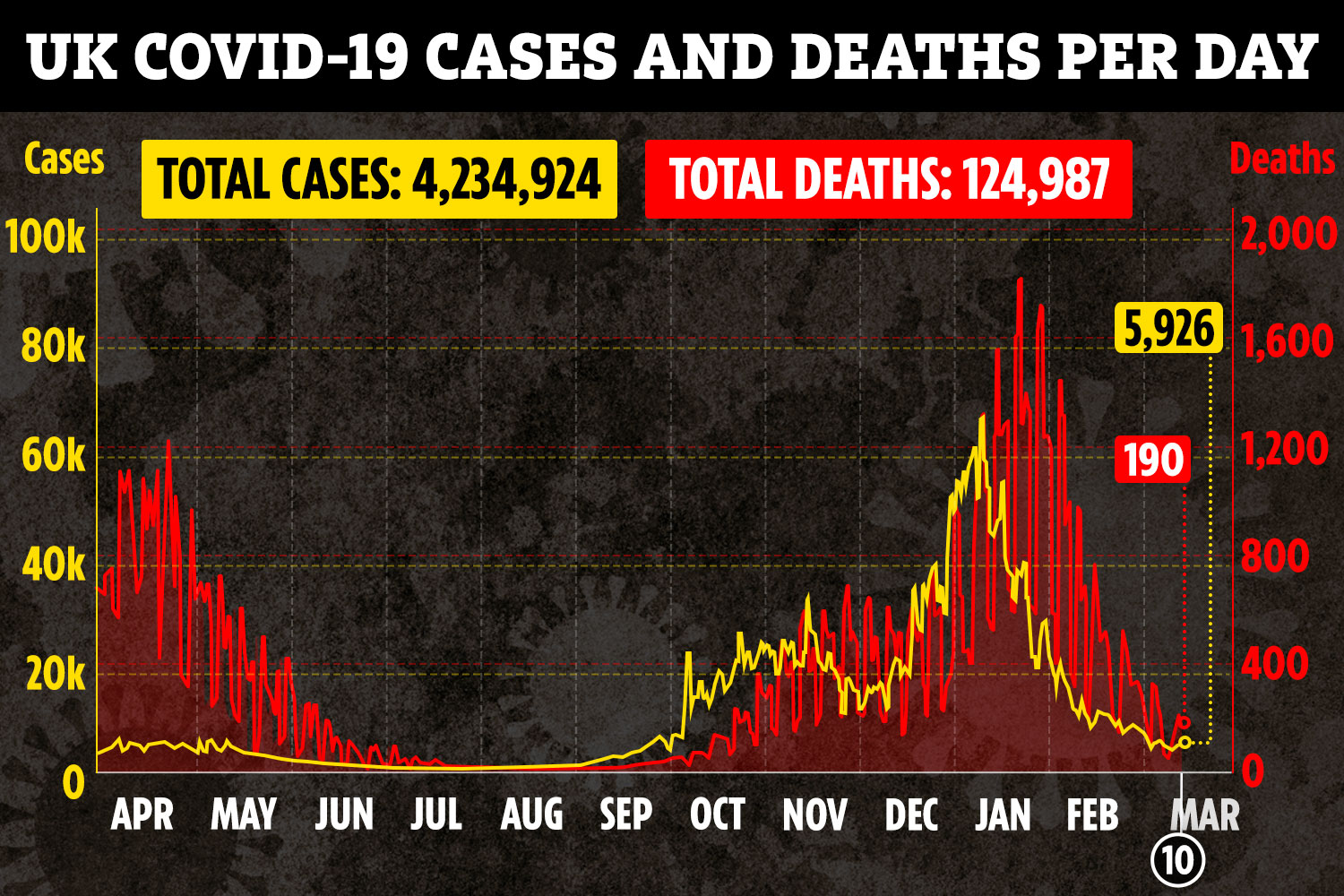 Three of the deaths were recorded in a hospital and one in a care home and it takes deaths in the area since the start of the pandemic to 307.

Kingston upon Thames has also seen a rise in infections, jumping from 38.9 to 47.9.

In Kent and there are two areas that have witnessed an increase in cases.

Tewkesbury in Gloucestershire has also seen a slight increase in cases going from 23.2 to 27.4 and in West Devon cases have also increased from 7.2 to 10.8.

South Hams has the lowest infection rate in the country and currently has just 5.7 cases per 100,000.

Other areas with low infection rates include Eden, Rother and the Isle of Wight.

UK records another 231 Covid deaths and 5,766 cases as fatalities fall by nearly 80% in a month