A NEW coronavirus variant has erupted in India and could be driving its surge in cases, experts have warned.

Scientists say the new variant – dubbed the ‘Bengal variant’ – could be more infectious than those already circulating across the country. 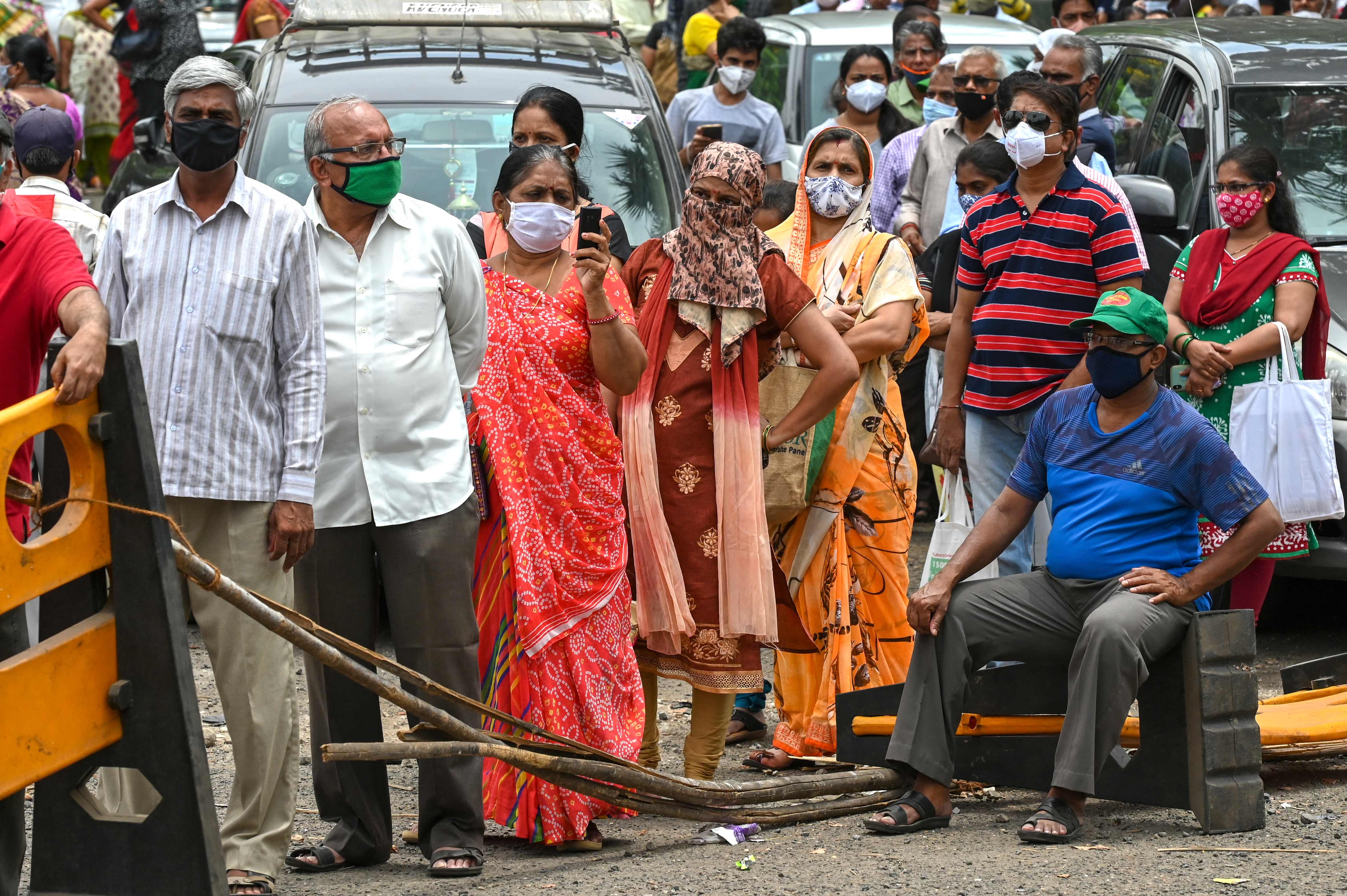 Cases of Covid-19 have soared in India in recent days and the country is racing to get its residents vaccinatedCredit: AFP

Experts in India have already discovered a strain dubbed a ‘double mutant’ or B.1.617, which carries two mutations to the spike protein, E484Q and L452R.

The so-called Bengal variant, known as B.1.618, is thought to carry three mutations and experts fear it could be driving infection rates in India.

India has recorded 15.9 million cases of infection, the second highest after the United States, and 184,657 deaths..

The country is currently battling to keep hospitals staffed as intensive care units are full and medical oxygen supplies are also running low.

Today India recorded 314,835 new daily cases and a rise in infections, which experts say, is due to authorities putting public health on the backburner in favour of running Hindu religious festivals or elections.

Professor Srinath Reddy, president of the Public Health Foundation of India today warned that this, with a combination of the new Bengal variant, could be driving the surge in cases.

Speaking on BBC Radio 4’s Today Programme he said: “Basically a double mutant was first reported from the state of Maharashtra, and that had features that were previously noted in Brazil and South Africa and then in California – and they combined to form the double mutant.

“Another mutant has been described from the state of West Bengal it has also been found in some other parts in India,.

“While the double mutant has now been noted in more than 20 countries, this mutant, the triple mutant which has just been described, has been tracked in India and I’m sure it will be tracked elsewhere too.”

Prof Reddy said it was not yet clear how dangerous it is in terms of “infectivity and whether or not it can escape vaccines”.

He added: “That’s all to be studied at the moment. But in West Bengal and other districts in India it does appear that this is ramping up the cases.”

Experts in India say the Bengal variant was first discovered in October and that by January, it had been found in large numbers of people.

Professor Sreedhar Chinnaswamy of the National Institute of Biomedical Genomics told the Times of India that the variant carries a worrying mutation which is also a characteristic seen in both the Brazilian and South African variants.

“E484K is known to be an immune escape variant, which means that previously raised antibodies against a virus without this mutation may be less effective in inhibiting the virus from infecting and causing disease in humans”, he said.

India has been placed on the UK’s red list restricting travel amid fears prevalence of the double variant could be up to 10 to 20 times higher and fears rapid tests may not be able to detect it.

Health Secretary Matt Hancock this week said that 103 cases of the Indian variant had been found in the UK.

But MPs part of the All-Party Parliamentary Group (APPG) on Coronavirus were told by scientists today that the figure is likely to be at least 10 times higher.

COVID-19: India overtakes Brazil as most infected nation on earth as outbreak soars