EXPERTS are mystified as India’s Covid-19 cases and deaths plummet by TEN TIMES, without the impact of vaccinations having come into play.

India’s infections have been rapidly declining since September, with the country was now reporting around 11,000 new cases a day compared to a peak of nearly 100,000. 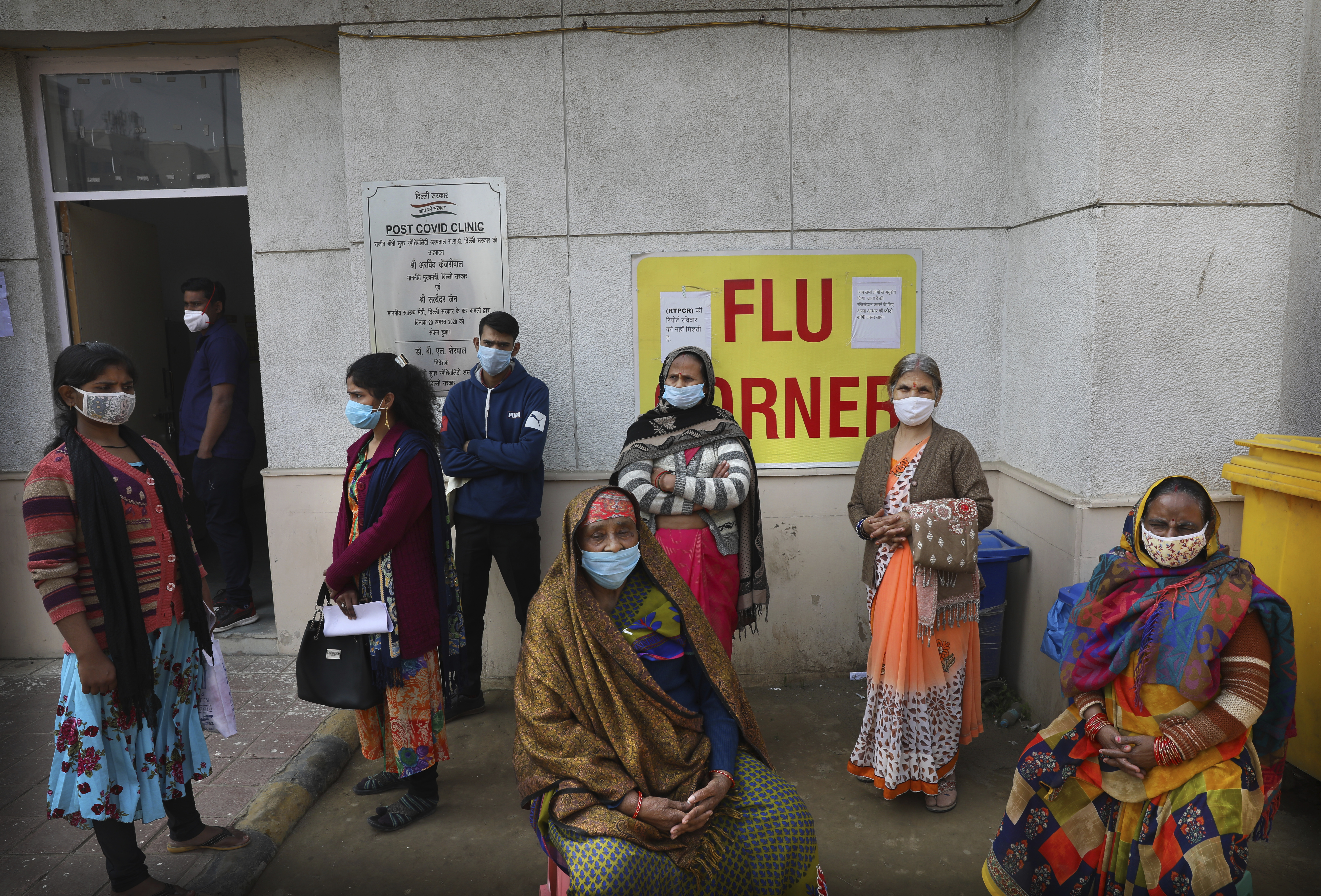 People wait outside a health center to get tested for COVID-19 in New Delhi this week, amid rapidly declining case numbers across IndiaCredit: AP:Associated Press 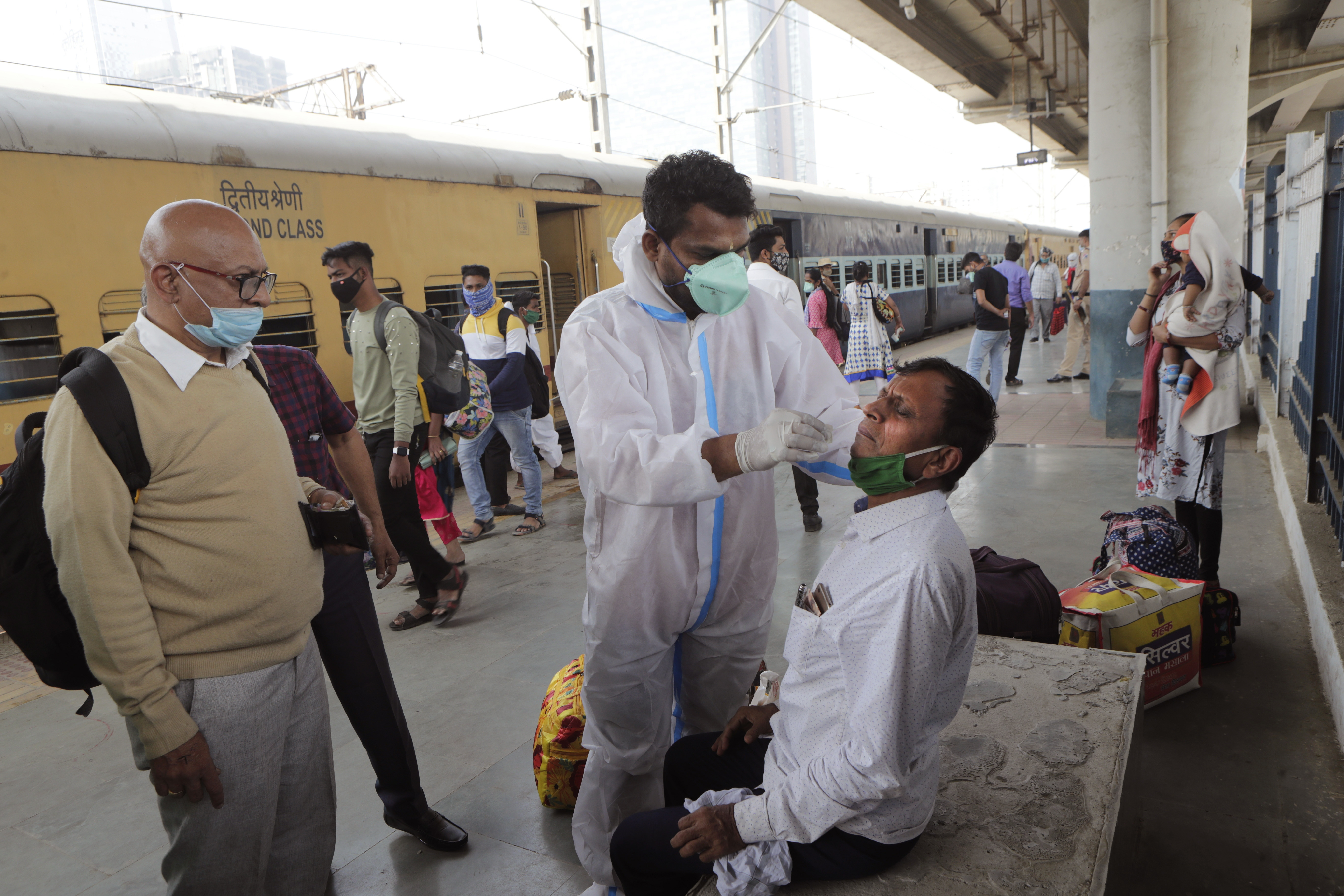 A health worker takes a swab sample of a commuter to test for COVID-19 at a train station in MumbaiCredit: AP:Associated Press

Infections had climbed dramatically in the world’s second-most populous country, and there were fears India might overtake the US as the country with the highest death toll.

India has reported nearly 11 million cases and over 155,000 deaths.

But now experts were perplexed about the sudden drop, seen in almost every region, AP reported.

The success could not be attributed to vaccinations, as India only began administering shots in January.

Some suggested that areas of the country may have reached herd immunity. Another theory tossed around was that Indians may have some preexisting protection from the virus.

The Indian government had partially attributed the dip in cases to mask-wearing, which was mandatory in India. Those who did not comply were hit with hefty fines in some cities.

But experts noted the situation was more complicated than this.

While the decline was uniform, mask compliance was flagging in some areas.

“If we don’t know the reason, you could unknowingly be doing things that could lead to a flare-up,” said Dr. Shahid Jameel, who studies viruses at India’s Ashoka University.

Like other countries, India missed many infections. There were also questions around how it was counting virus deaths.

But the strain on the country’s hospitals had also declined in recent weeks; a further indication the virus’ spread was slowing.

At a critical point in the pandemic, when recorded cases crossed 9 million in November, official figures showed 90 per cent of all critical care beds with ventilators in New Delhi were full.

In comparison, just 16 per cent of those beds were occupied last Thursday.

Vineeta Bal, who studies immune systems at India’s National Institute of Immunology, said herd immunity could be achieved at the threshold at which enough people have developed immunity to the virus – either by falling sick or being vaccinated.

While the outlook was looking better as more people had access to a vaccine, exerts warned that the population as a whole remained vulnerable.

There were also new concerns over research suggesting people who got sick with one form of the virus may be able to get infected again with a new version.

Bal referenced a recent survey in Manaus, Brazil, that estimated that over 75% of people there had antibodies for the virus in October,  before cases surged again in January.

“I don’t think anyone has the final answer,” she said.

Data recorded from India’s population was not as dramatic; a nationwide screening for antibodies by health agencies indicated that around one in five Indians had been infected by the virus before vaccinations started.

But the survey offered other insight into why India’s infections might be falling.

The virus was moving more slowly through the rural hinterland, with the rate of infection in India’s cities far higher than throughout smaller villages.

Reddy suggested urban areas may be moving closer to her immunity, while other factors like masks and social distancing could help to explain sinking numbers.

Another possibility being considered was that many Indians were exposed to a variety of diseases throughout their lives which could have primed their systems with a stronger immune response to a new virus.

Cholera, typhoid and tuberculosis were all prevalent throughout the country.

“If the COVID virus can be controlled in the nose and throat, before it reaches the lungs, it doesn’t become as serious. Innate immunity works at this level, by trying to reduce the viral infection and stop it from getting to the lungs,” said Jameel, of Ashoka University.

While falling cases and deaths suggested the worst of the pandemic was over for India, the rise of new variants presented another challenge.

Several variants had been identified by scientists in India, including those blamed for causing new infections in people who had previously been infected.

Experts thought variants could be driving a surge in cases of Covid-19 in Kerala, which currently accounts for nearly half of the country’s cases. 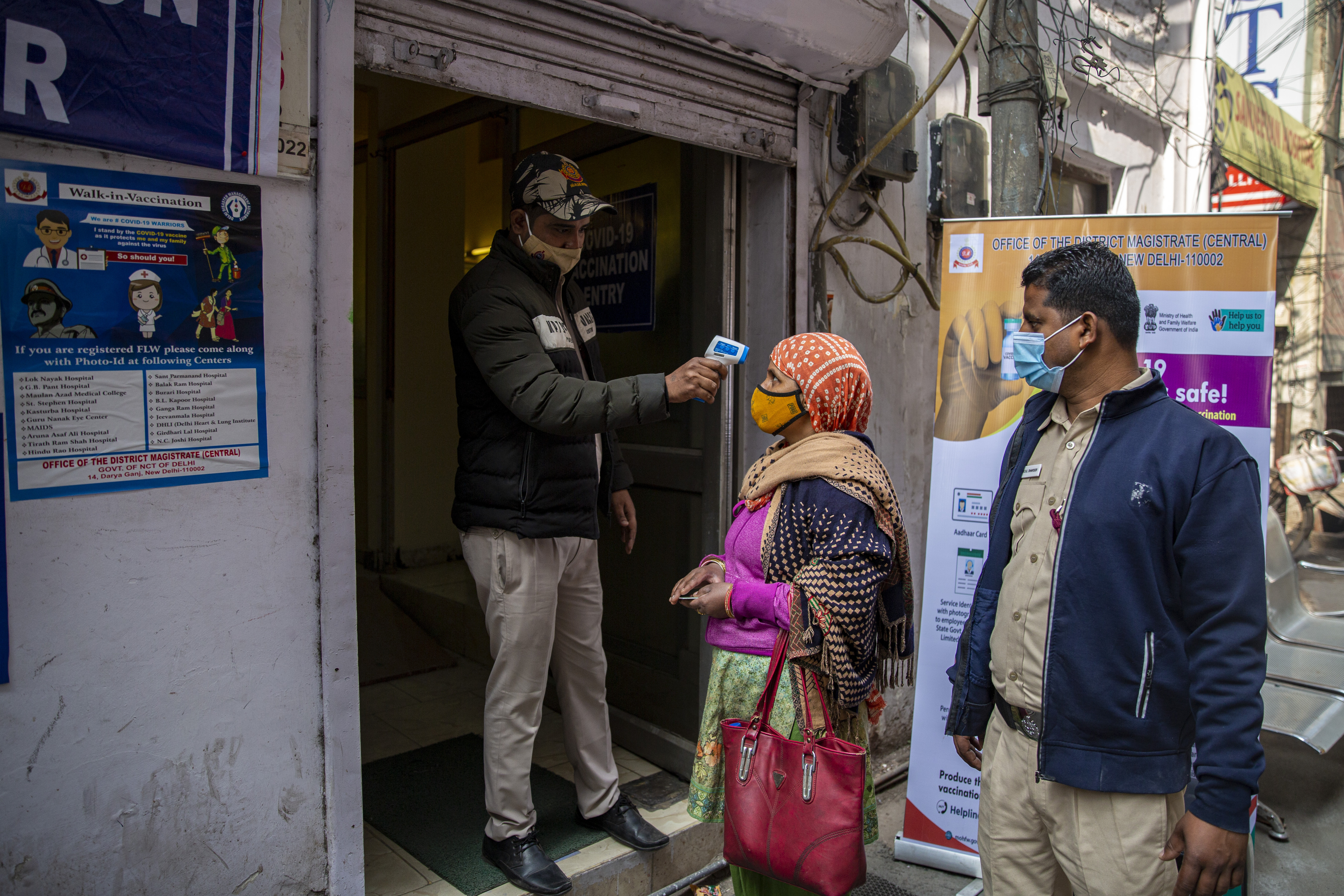 A police officer checks the temperature of a health worker who has arrived to receive COVID-19 vaccine at a private hospital in New DelhiCredit: AP:Associated Press 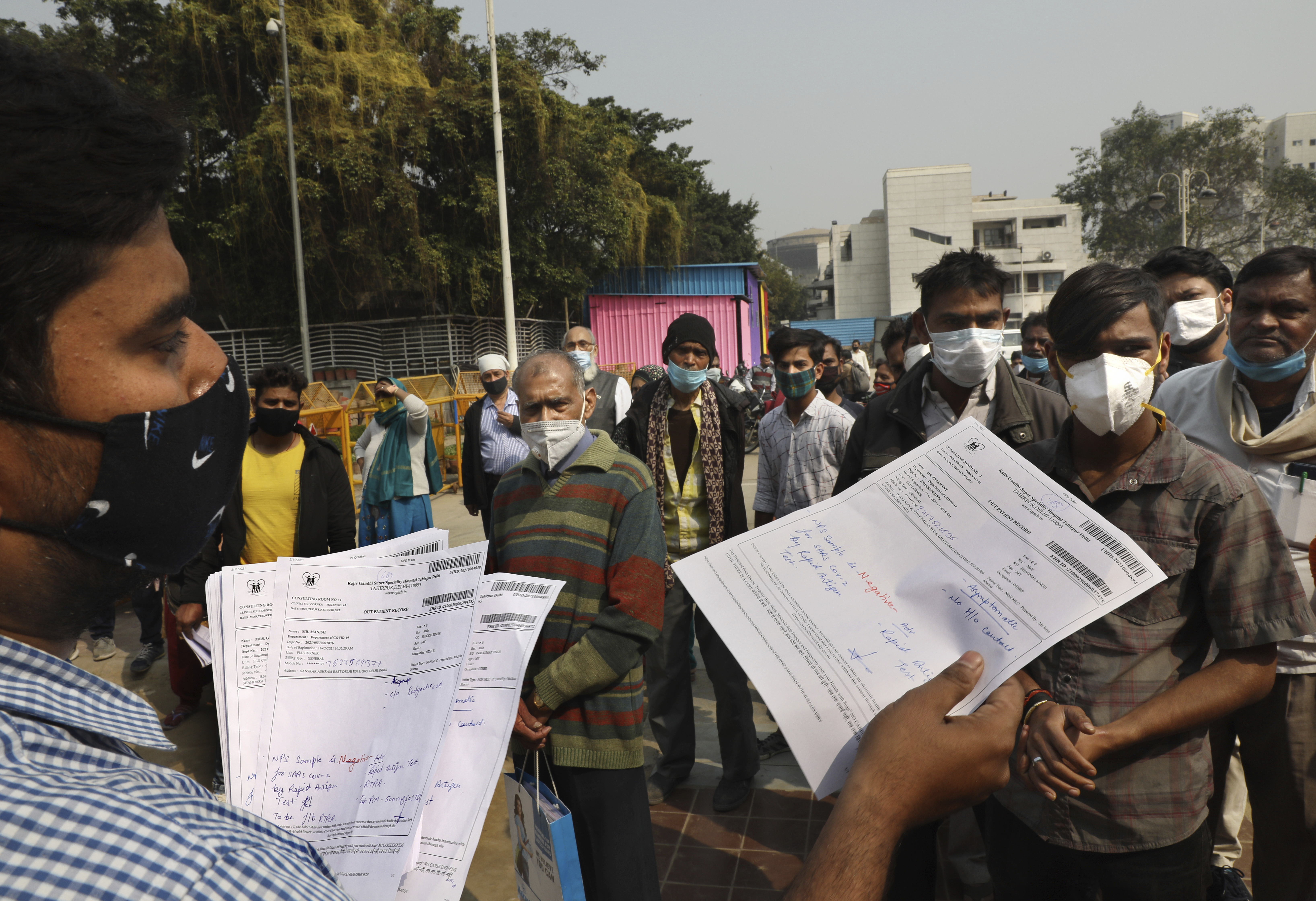 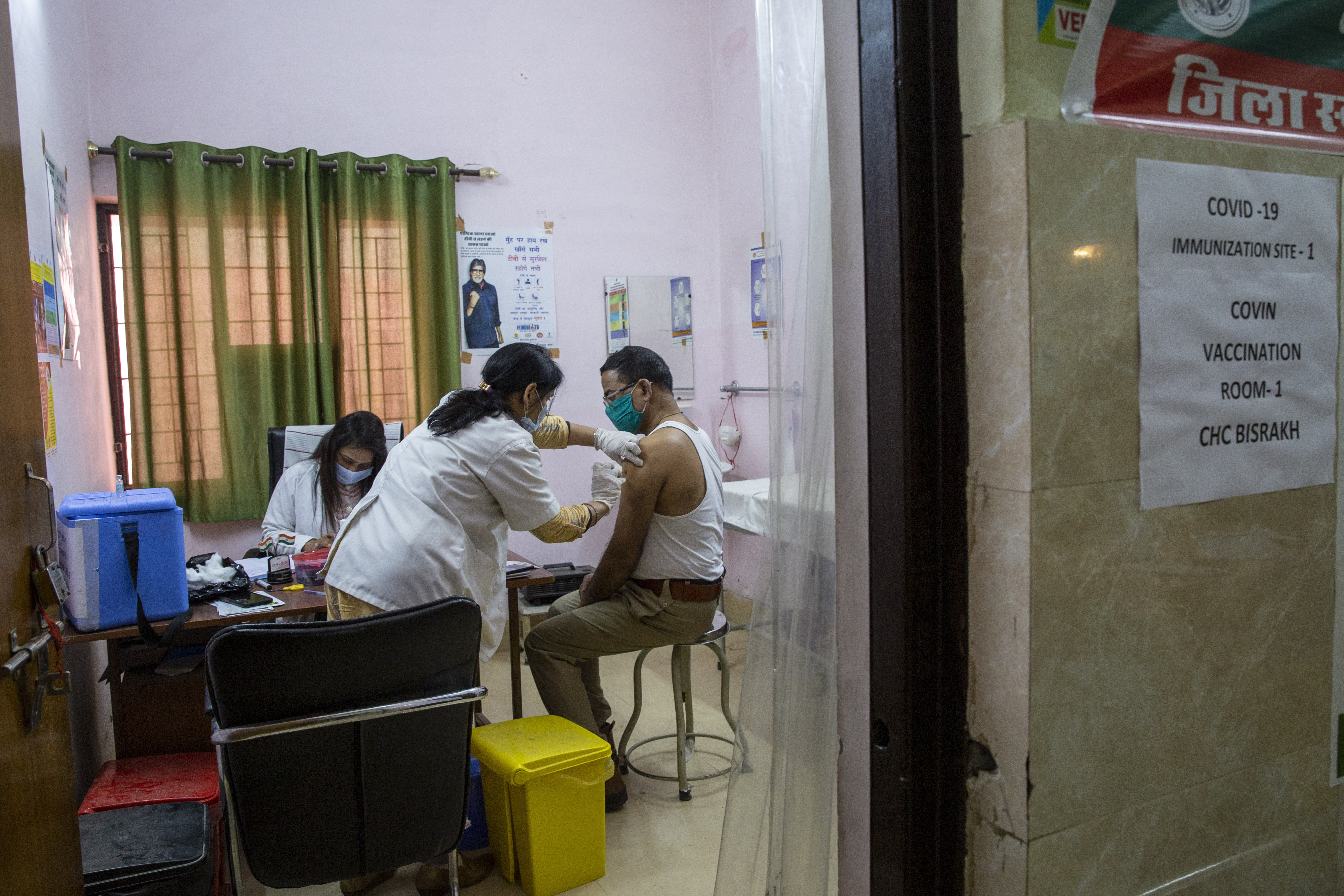 A health worker administers COVID-19 vaccine to a police officer at a health centre in Greater Noida, a suburb of New DelhiCredit: AP:Associated Press

Why is Neymar not playing for PSG at Barcelona?