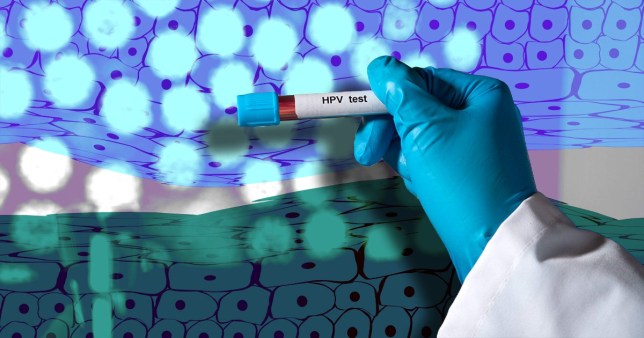 ‘Men don’t like to talk about this,’ says 63-year-old Steve Bergman.

Married for over 30 years, Steve is a survivor of neck cancer.

While it might not seem a taboo subject, the actor and campaigner reveals that when he was first diagnosed in 2015, his doctor was wary of telling him that his cancer was caused by the HPV virus – something Steve says often carries a sense of ‘deep shame’ due to its origins in being ‘sexually transmitted’.

‘There was no moral judgement from anyone or anything on what happened to me – it just happened,’ he adds.

‘But you won’t get many men talking about this, because of that – or because they think it doesn’t affect them.’

You’d be forgiven for thinking that only people with a cervix need to have an understanding of HPV.

After all, only cervixes are checked in routine cancer screenings, and it was girls first who were offered the HPV vaccine (though boys have it now too).

This all subconsciously communicates an idea that HPV is by and large a ‘women’s issue’. 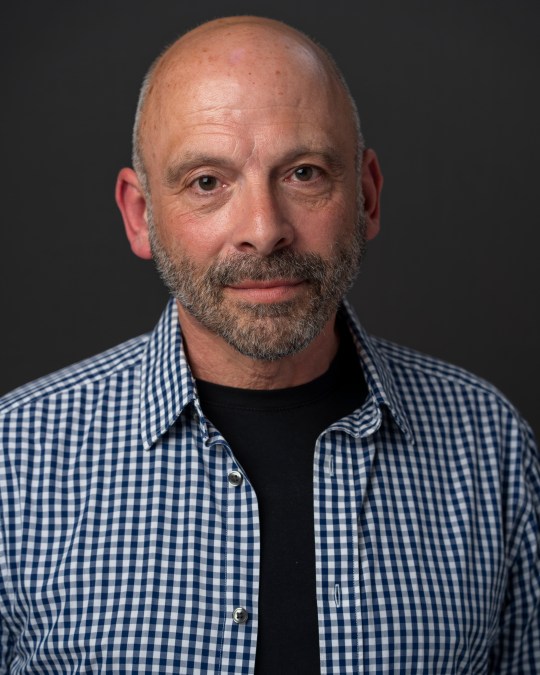 Steve found out his cancer was caused by HPV (Picture: Steve Bergman)

When Steven was diagnosed with cancer at the age of 55, it came as a ‘surprise’, because, in his words: ‘I was super fit, I’m a runner and cyclist, had a healthy diet, and was not a heavy drinker at all.

‘That stood me in good stead for what followed.

‘I had a camera down my throat and they saw cancer on my tonsil. I then had an operation and woke up in the ICU – I was in hospital for 10 days.’

He was told it was stage four cancer and was treated with eight weeks of chemotherapy followed by six weeks of radiotherapy.

Initially he didn’t know his cancer was caused by HPV, but Jackie, his wife, began researching throat and tonsil cancers – discovering HPV can be a cause. 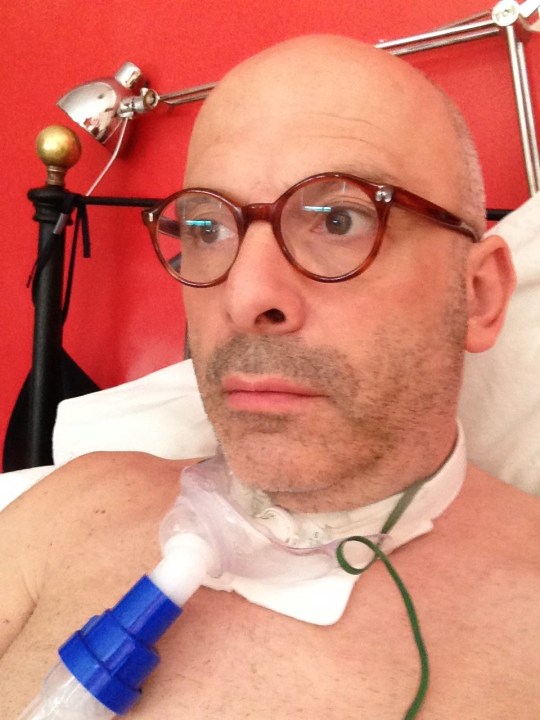 It took a long time to recover mentally from the experience (Picture: Steve Bergman)

Upon going to the hospital together, Jackie asked the doctors if Steve had HPV.

She says the couple were told it ‘could’ be, but that the test takes a while to be done.

‘So we waited at least three weeks for confirmation,’ she remembers.

‘The consultant was slightly prudish.

‘I said “Let’s hope it is cancer caused by HPV” as I’d read the recovery rates were better and he said “Do you know how you get it?”.’

Steve added: ‘I think his hesitation in saying “HPV” was that he didn’t know how we’d react to it being linked to sex.

‘He was trying to make an assessment of how we’d take it.’

There is stigma around what is a very common and very contractible – though often harmless – virus.

Why isn’t HPV tested for in sexual health checks and in men?

Some bodies will tell you it’s just ‘not possible’ to make a HPV test readily available.

Scientifically speaking, it is possible. The issue is down to money, resources and time – it’s an expense that isn’t currently covered on the NHS as a routine test, so people aren’t tested for it in standard sexual health check ups.

The only exception to this is if a person has visible warts on genital skin when they attend a sexual health check up, in which case a diagnosis of HPV will be made.

However, Steve’s story shows us HPV can be tested and detected no matter your gender.

Research shows that as little as 28% of people are aware that HPV can cause cancer in males. This is telling and perhaps reveals why, historically, protecting males from this virus alongside women hasn’t been prioritised.

That has become a huge concern for Steve, who was a significant voice in changing the government policy around getting boys in schools included in the administering of the HPV vaccine.

Initially, boys weren’t included in the vaccination programme for years because it was said that by vaccinating girls, by default boys would be protected.

That logic assumes men will be heterosexual, that all girls would take up the vaccine, and that the vaccine provides absolute protection – none of which are true. Now, men who have sex with men can get a catch up HPV vaccine course, as can some trans and non-binary people.

In 2018 – some 10 years after the vaccine first was offered to girls – boys in the UK became eligible for it too.

While that’s an achievement, there are still generations of men who won’t have this level of protection and for those who have had it, the vaccine isn’t a failsafe.

Steve says: ‘Campaigning around this has become a huge part of my being.

‘Soon I recognised the injustice in it all – HPV cancers are completely preventable.

‘The common myth is that by just vaccinating girls against cervical cancer boys would be protected too, but this isn’t the case.’

There is still work to do around HPV, from education to developing a treatment.

As HPV related cancer rates rise in men, it’s vital they’re a part of that future too.

The truth is, anyone can get it.

‘Globally, it causes 5% of all cancer. It is imperative that we vaccinate all children – boys as well as girls – against this carcinogen.

‘It is how we make the elimination of HPV cancers a reality.’

This week, Metro.co.uk is looking at HPV and its related cancers from a range of perspectives.

HPV is something that eight in 10 of us will encounter at some stage of our lives. It’s spread through skin-to-skin contact, not just penetrative sex. There is even some evidence to suggest it can spread through deep kissing.

It isn’t tested for in a standard sexual health screening, so it’s near impossible to know when or where a person might have contracted it or who they might have passed it onto.

For most people, their bodies will fight the virus off in around one to two years without any lasting effects. For some people however, it can make them more vulnerable to cancers of the cervix, anus, head and neck, penis, vagina and vulva.

Over this week, we’ll be exploring the human issues that come with HPV and its related cancers.