Jabs have been created to target the original strain of the coronavirus, and do not work as effectively against some new mutations. 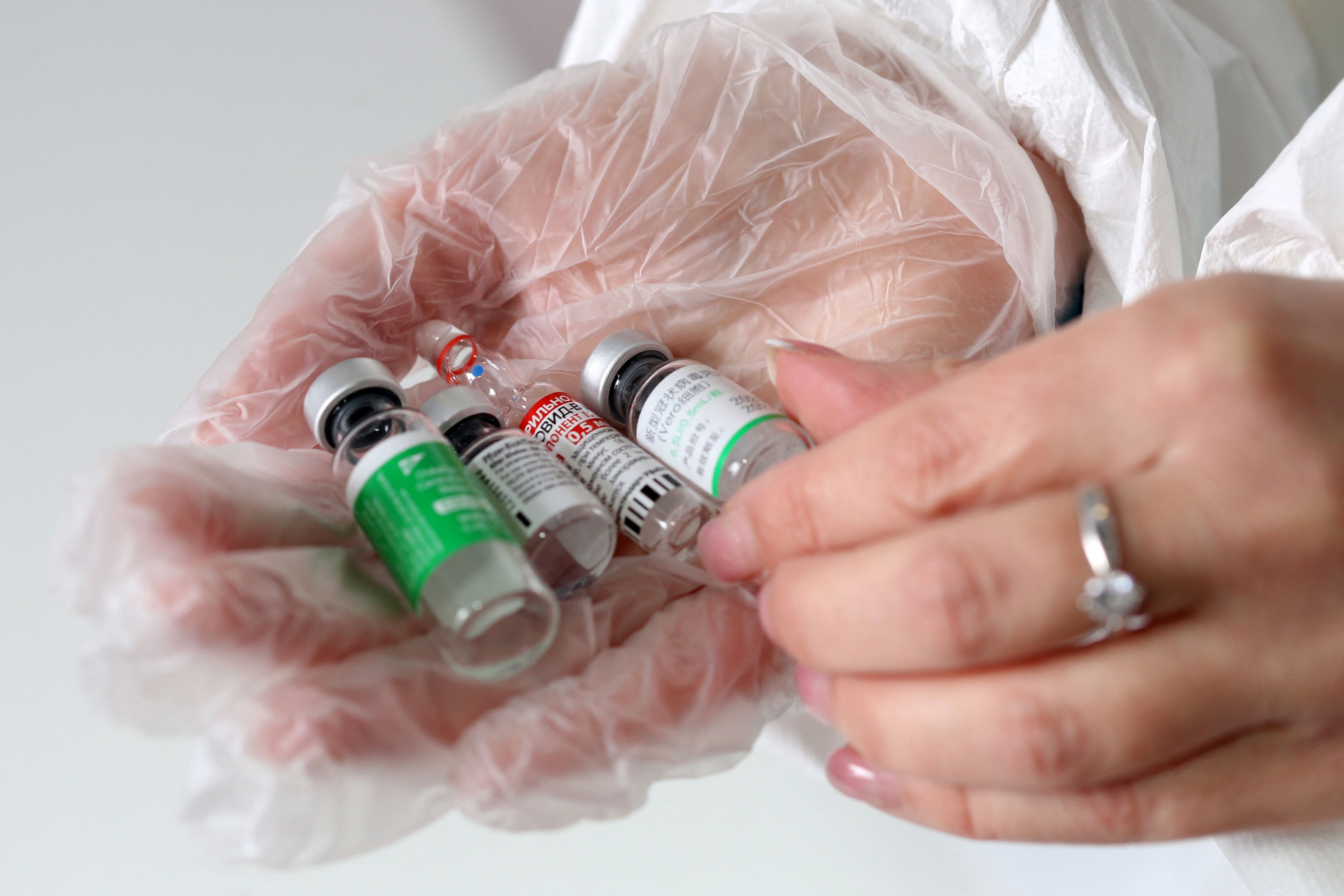 Coronavirus vaccines may be useless in less than a year, experts say. Pictured: Vials of the jabs made by AstraZeneca, Pfizer, Sputnik V and Sinopharm GroupCredit: AFP

And with Covid evolving all the time, new variants will continue to emerge, some of which could dodge the power or vaccines.

Two-thirds (66.2 per cent) of epidemiologists say this could happen in less than a year, from March 2021.

Almost a third gave a timeframe of nine months or less.

Fewer than one in eight said they believed that mutations would never render the current vaccines ineffective.

The findings come from a survey of 77 epidemiologists from 28 countries by The People’s Vaccine Alliance, covering universities including Johns Hopkins, Yale, Imperial College, and Cambridge.

The overwhelming majority (88 per cent) of epidemiologists – who study the outbreak of disease – said low vaccine coverage in many countries would drive new mutations.

She said: “High coverage rates and herd immunity in one country or region of the world while others, particularly low- and middle-income countries, continue to wait in line will create the perfect environment for the virus to continue to mutate and negate the benefits of any vaccine protection.”

Gregg Gonsalves, associate professor of epidemiology at Yale University, said: “With millions of people around the world infected with this virus, new mutations arise every day.

“Sometimes they find a niche that makes them more fit than their predecessors.

In order to curb the problem, experts called for greater vaccine distribution.

Prof Gonsalves said: “Unless we vaccinate the world, we leave the playing field open to more and more mutations, which could churn out variants that could evade our current vaccines and require booster shots to deal with them.” 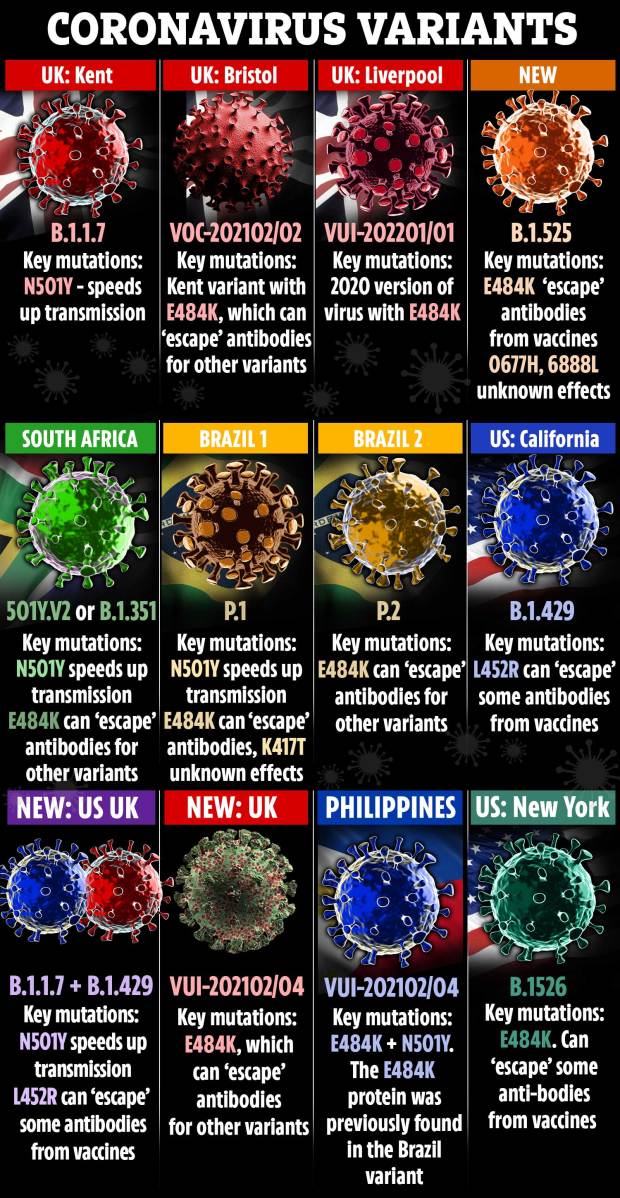 “We have to vaccinate as many people as possible, everywhere in the world, as quickly as possible. Why wait and watch instead of getting ahead of this?”

The People’s Alliance say at the current rate, it’s likely only 10 per cent of people in the majority of poor countries will be vaccinated in the next year.

Meanwhile in the UK, over half of adults have been given their first dose due to the speedy vaccination programme and securing supplies well in advance.

Current vaccines appear to work against the Kent variant – dominant in the UK.

But they are less effective against new variants spreading globally, meaning the fight against the coronavirus is far from over.

Jabs have been shown to be less potent against the South African strain, which is surging in Europe but only found in a few hundred cases in the UK so far.

They are also less effective against the variant from Brazil, which is raging in the South American country.

New mutations on the coronavirus can make it unrecognisable to the body’s immune system, which has been primed to look out for the “original” strain either through vaccination or prior infection.

Antibodies – proteins produced by the immune system to fight the virus – may be weaker against new strains.

The threat of new coronavirus strains also means masks and social distancing could be needed well into 2022, despite the vaccine rollout, and it is not clear when border controls will be relaxed.

Experts say tweaked vaccines will be needed to deal with new mutations, much like the flu vaccine which is altered every year.

It is likely to take many months before they are approved for use, and even longer to begin rolling them out.

As scientists race against the clock, the Health Secretary Matt Hancock has said a third dose of the vaccine may be needed in autumn.

He suggested a jab would be ready by then, echoing other ministers who have said a third shot could be administered from September. 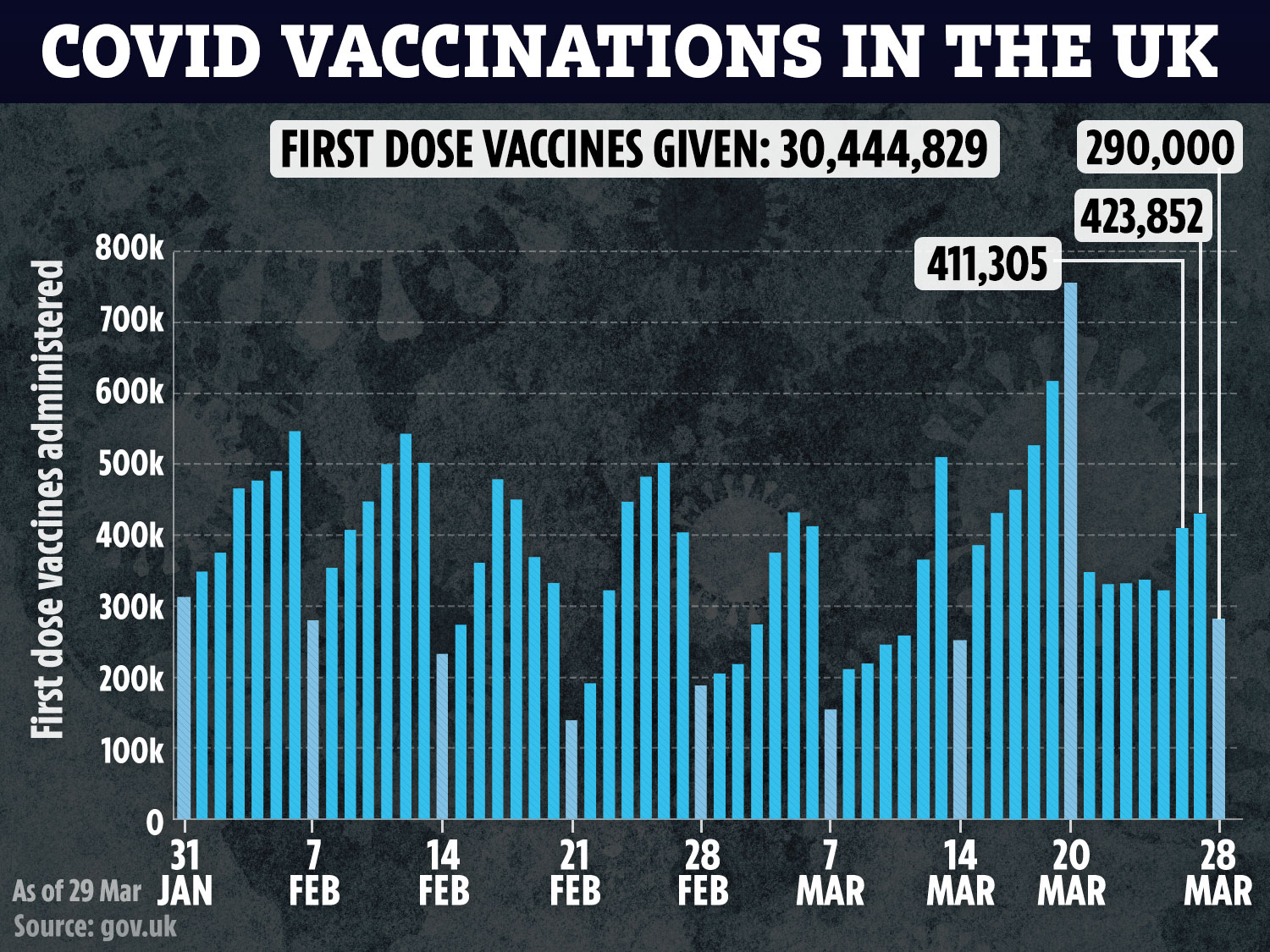