A MUM who thought her toddler had the coronavirus has discovered the truth is far worse.

Kirsty Barton worried that her daughter, Amelia Bates, was waking up with headaches every morning because she had Covid. 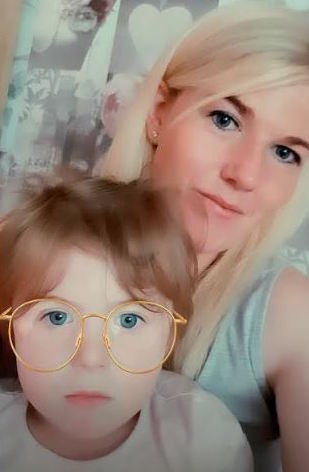 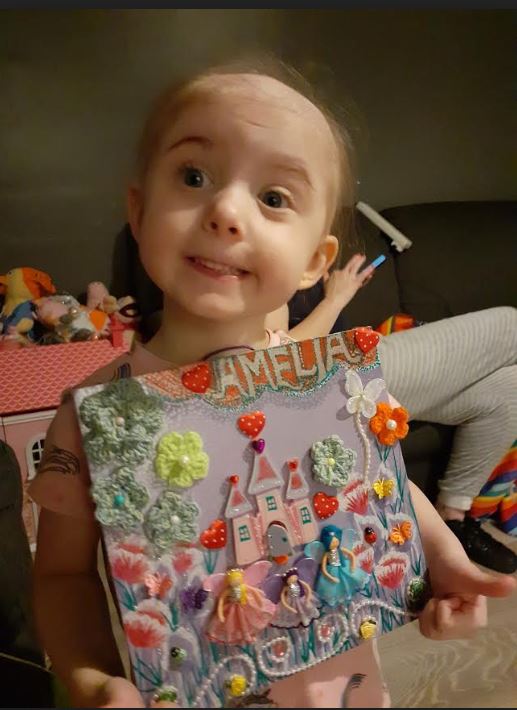 Amelia, three years old, was discovered to have a rare type of brain cancerCredit: MEN Media

With headaches being a common symptom of coronavirus, three-year-old Amelia had a Covid test at hospital.

But it came back as negative, leaving doctors suspicious of her condition.

After Amelia had suffered headaches and vomiting for three weeks, doctors ordered a brain scan of the tot.

The results in November 2020 turned the family’s lives upside down.

Amelia had a rare childhood cancer inside the brain which would need surgery and months of treatment.

Medicine for the tumours has made Amelia’s immune system so weak she is unable to leave her home in Wythenshawe, south of Manchester, in case she catches a bug.

The family is raising money for garden toys for Amelia and her brother Kael who is seven and has autism.

Amelia’s aunt, Geraldine Nolan, told the Manchester Evening News: “In November my niece started suffering with morning headaches, which made her vomit.

“The doctors thought it could be Covid or a virus but took it seriously.”

Amelia had headaches that caused her to vomit for three weeks before she was sent for a CT scanCredit: MEN Media

Amelia, whose father is Jamie Bates, had a CT scan when both a Covid test and blood tests found nothing abnormal.

The genetically caused cancer attacks the central nervous system, causing symptoms of a morning headache that goes away after vomiting, unusual sleepiness and loss of balance.

The symptoms come on rapidly because the tumour grows so quickly.

ATRTs represent approximately less than two per cent of all brain tumours in children up to 16 years old, according to the Brain Tumour Charity.

Survival varies depending on the tumours, the child’s age and treatment, with most children diagnosed under the age of two.

But sadly, the prognosis is poor because the cancer is so hard to treat. The number of patients surviving for five years is around 32 per cent of those diagnosed.

Amelia was taken straight to Royal Manchester Children’s Hospital upon her diagnosis. 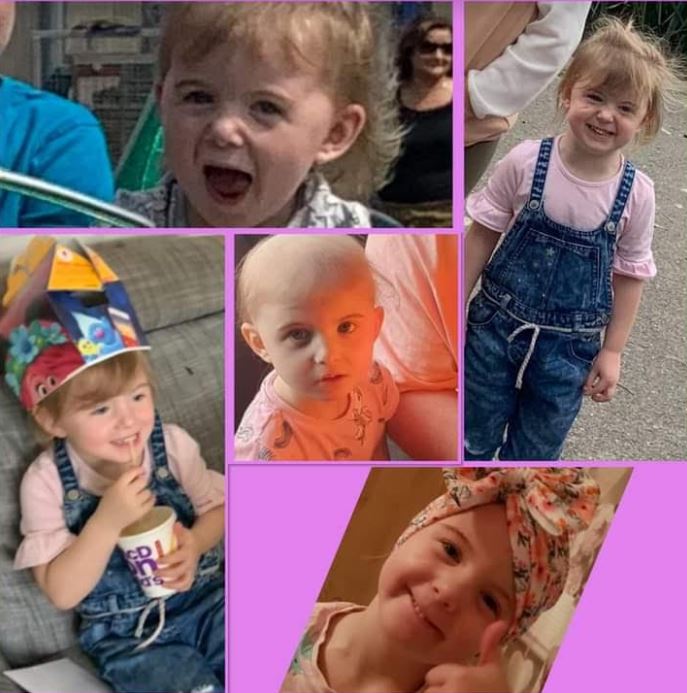 Amelia had an eight hour surgery to remove the large tumour in her brainCredit: MEN Media

There, she had an eight hour operation to remove a large tumour on the brain.

Since being diagnosed she has had five sessions of chemotherapy to help shrink the tumors.

She will continue to have them once a fortnight until March.

Amelia also started radiotherapy on Monday at The Christie Hospital – a leading cancer care and research centre – that will last six weeks.

The radiotherapy will help stop cancer cells from growing more.

Geraldine said: “Throughout the chemo Amelia has remained lively and bouncing and we are staying positive for her.

“Her radiotherapy started today for six weeks and we hope and pray some good comes out of it.

Geraldine said Amelia and her brother are “cooped up inside” but that the family are desperate for them to “be normal kids and have fun”.

She said: “I want to appeal for help to get some garden play toys and a sheltered area so friends and family can visit without actually going into the home as we can’t because her immune system is compromised with the chemo and because of Covid.”