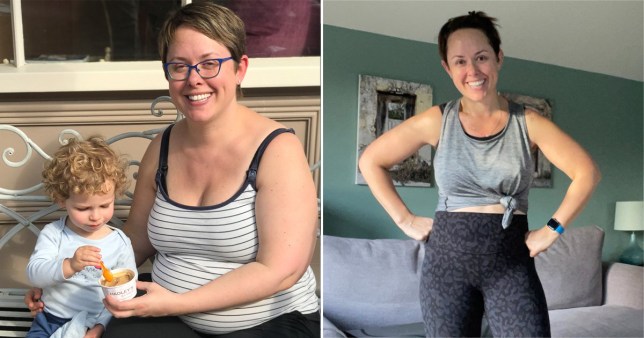 As a way to cope, Kate, from Suffolk, began bingeing on unhealthy meals.

But after seeing a photo of herself on Christmas, she vowed to change, throwing herself into a healthy new regime on New Year’s Day 2020.

Then, in April 2020, Kate lost her father Lynn to a sudden heart attack aged 76 – which made her so focused on getting healthy that she put the money he left her towards gym equipment.

The death jolted her into action and within the next few months, Kate was able to lose five stone.

Becoming more active wasn’t too difficult for Kate, who used to be a yoga instructor.

Born in New York, Kate moved to the UK with her family as a teenager. After taking her first yoga class at 18, Kate stayed loyal to the classes, eventually becoming an instructor.

At the time, she ate what she wanted without worrying about her weight.

But since giving up the job and falling pregnant, Kate’s weight issues began. 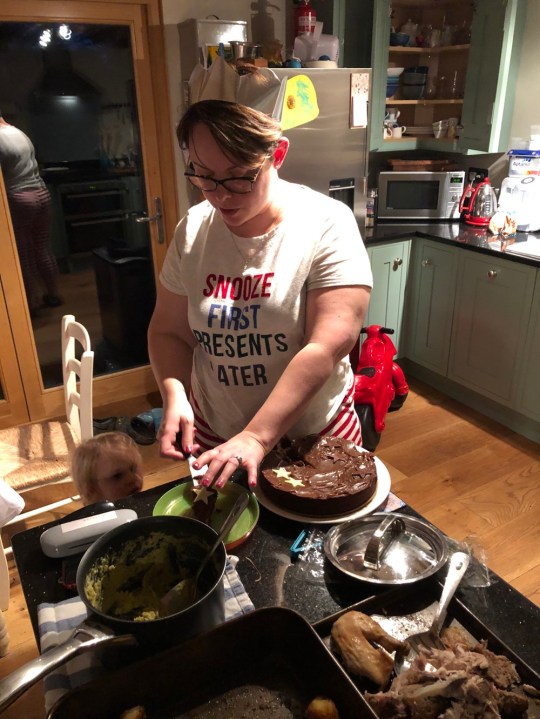 An image of Kate at Christmas inspired her to lose the weight (Picture: PA Real Life)

Kate said: ‘At my 16st 8lb heaviest, I was at the lowest point of my whole life.

‘I was uncomfortable, in pain all the time, and comfort eating. It was a vicious cycle.

‘I felt no joy and knew I had to change. Now, my entire perspective has shifted. I’ve fallen in love with exercise and it’s changed my life.’ 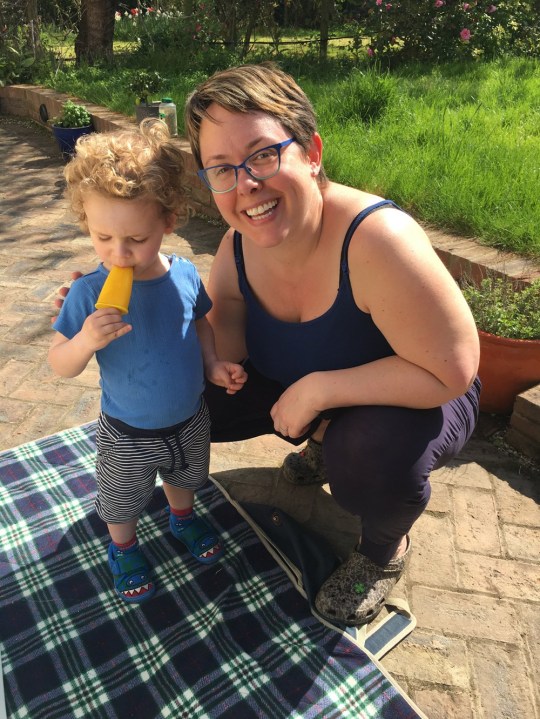 The mum began putting on weight after she had postnatal depression (Picture: PA Real Life)

In early 2015, she fell pregnant for the first time – only to miscarry at just six weeks.

Soon after, Kate discovered she was expecting Wolf, but her pregnancy was difficult, and she suffered with nausea and sickness.

After Wolf was born in April 2016, Kate developed postnatal depression, which also occurred two years later after the birth of daughter Poppy.

‘As well as taking antidepressants, I comfort ate to manage my emotions,’ said Kate. ‘I wouldn’t stop until I felt almost uncomfortably full. I gained and gained and felt worse and worse.

‘I think I thought there was a ceiling, and my body would naturally cap the weight I was gaining.

‘But that doesn’t happen. I got big enough that I couldn’t cross my legs, and any trousers with a waistband would cut into my belly.

‘I couldn’t make it up the stairs without being out of breath. It was a terrible way to feel.’ 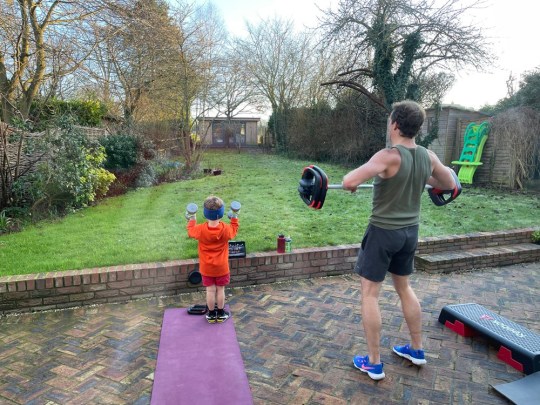 The family began working out together (Picture: PA Real Life)

On January 1, 2020, she threw herself into exercise and healthy eating.

Initially, she went to the gym but when the first national lockdown was imposed, she switched to home workouts instead.

Setting up a home gym in her spare bedroom, she began exercising for half an hour every day after breakfast.

Then, in March 2020, her gym began offering members access to on-demand classes with fitness company Les Mills – which she soon discovered a love for.

Before long, she was losing between one and three pounds a week.

But in April 2020, tragedy struck when her dad Lynn passed away just days before her 40th birthday.

Heartbroken, she attended his funeral via Zoom, before sobbing her way through a ‘cathartic’ workout.

She added: ‘I want to get my heart into great shape so this doesn’t happen to me in my seventies and I can be there for my kids. 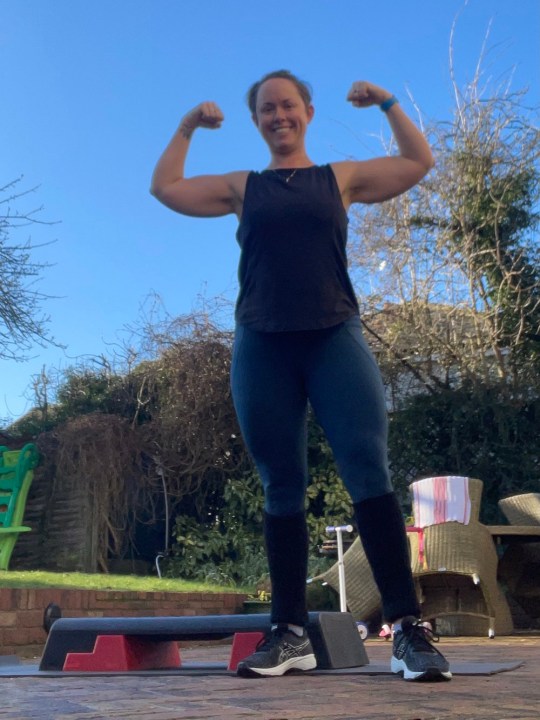 As Kate got stronger, her children began following her lead, joining her for a tumble on the yoga mat, or lifting her lightest 1kg weights in the garden.

Now, Kate continues to work out six days a week and has swapped snacks and junk food for fresh, vegetable-packed meals cooked from scratch.

She has even returned to the world of yoga, teaching nine classes a week via Zoom.

‘Exercising is the best antidepressant for me,’ she added. ‘And I know I have so many more happy and healthy years to look forward to.’